Universal Studios Hollywood is becoming quite the foodie paradise! Just this past month, they added three new food & drink menus, all with amazing vegan and vegetarian options, which I tried to give you all the scoop on what offerings they have for vegans and vegetarians!

Cocina Mexicana, a new quick service restaurant across from the Wizarding World of Harry Potter entrance, has so many amazing vegan options that feature Impossible meat. Here’s what you can find: 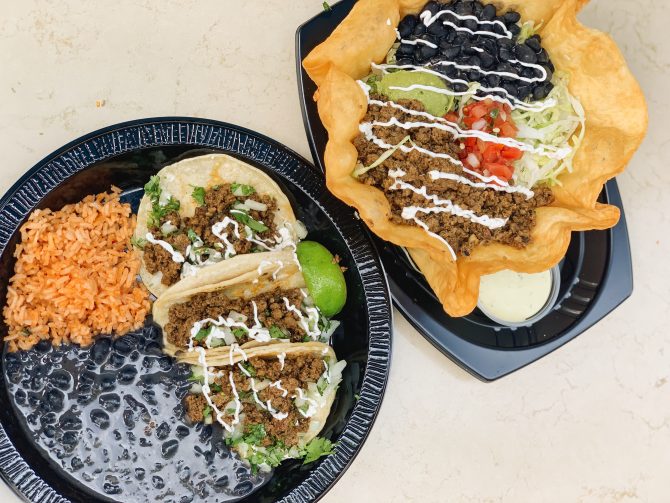 The Jurassic Cafe, located right next to the Jurassic World ride, has completely been remodeled and has a new menu inspired by Costa Rican cuisine. 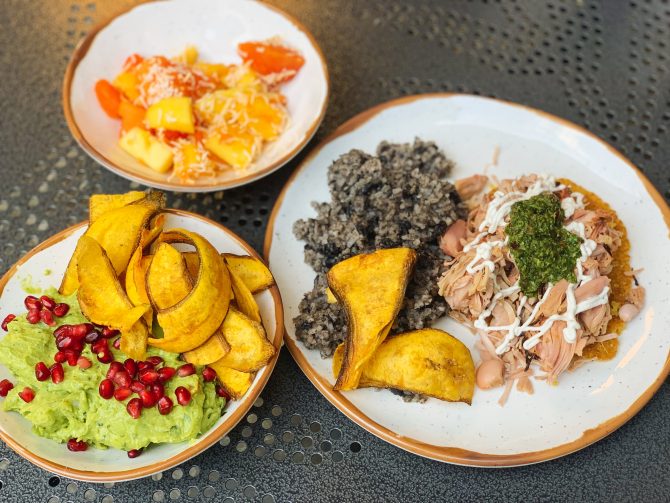 A new tiki bar serving up tiki drinks outside the Jurassic World ride entrance! They only serve up cocktails, and each one comes in a special tiki cup that comes included with your drink!