This Thor:Ragnarok movie review is spoiler-free!

It’s been six years since Marvel Studios premiered the God of Thunder’s first motion picture, Thor, starring Chris Hemsworth as the god-like superhero with the magical hammer. Since then, the Marvel Cinematic Universe has grown and expanded to become a true universe,  pushing far past superheroes on Earth, going into different alien worlds and even alternate dimensions. With Thor’s third solo film (after 2013’s Thor: The Dark World), the Mighty Asgardian travels past even his home dimension, on a quest to save his kingdom from its ultimate destruction, the event called Ragnarok. 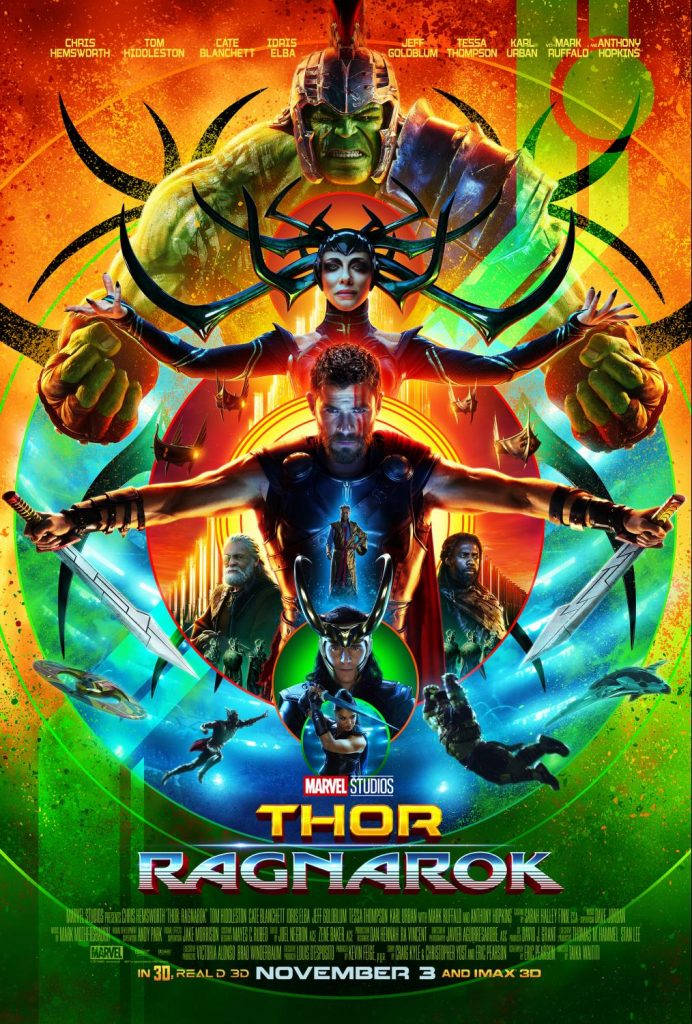 We last saw Thor fighting alongside Earth’s Mightiest Heroes, the Avengers, in 2015’s The Avengers: Age of Ultron. During the events of the film, Thor has an apocalyptic vision of his kingdom in Asgard and leaves the Avengers to discover its meaning and prevent Asgard’s destruction. Thor: Ragnarok picks up with Thor as his quest leads him into the path of Hela (Cate Blanchett), the Asgardian Goddess of Death, determined to destroy Asgard. Facing initial defeat against Hela, and losing his magical hammer Mjolnir, Thor finds himself lost on a far-off alien world, forced to fight for his freedom in a gladiator arena ruled by the eccentric Grandmaster (Jeff Goldblum). With his sights on returning to Asgard and defeating Hela, Thor tries to recruit reluctant allies including Valkyrie (Tessa Thompson), his estranged adopted brother Loki (Tom Hiddleston), and the Grandmaster’s gladiator champion, Thor’s angry fellow Avenger, the Hulk (Mark Ruffalo).

Taking its cues from the successes of Marvel Studios’ Guardians of the Galaxy films, this installment of the Thor franchise breaks from the quasi-mythological storylines to go fully into the humor and retro glory of the science fiction genre, established previously by the Guardians films. As such, new life is breathed into Thor, who gets several big laughs, embracing the comic timing of Hemsworth. The newfound levity may also be thanks to the film’s director Taika Waititi, the New Zealand previously known for his indie horror comedy hit, What We Do in the Shadows, co-starring Jemaine Clement. (Waititi also has a minor role in Ragnarok as Korg, a “pile of rocks” gladiator alien who befriends Thor in captivity.)

Aside from the welcome humor, the film also presents numerous beautiful shots and some genuinely entertaining fight scenes, a standout being Thor’s gladiator battle against the Hulk as the two semi-indestructible superhumans continually trade the upper hand, crushing each other into the walls in a surprisingly unboring way. 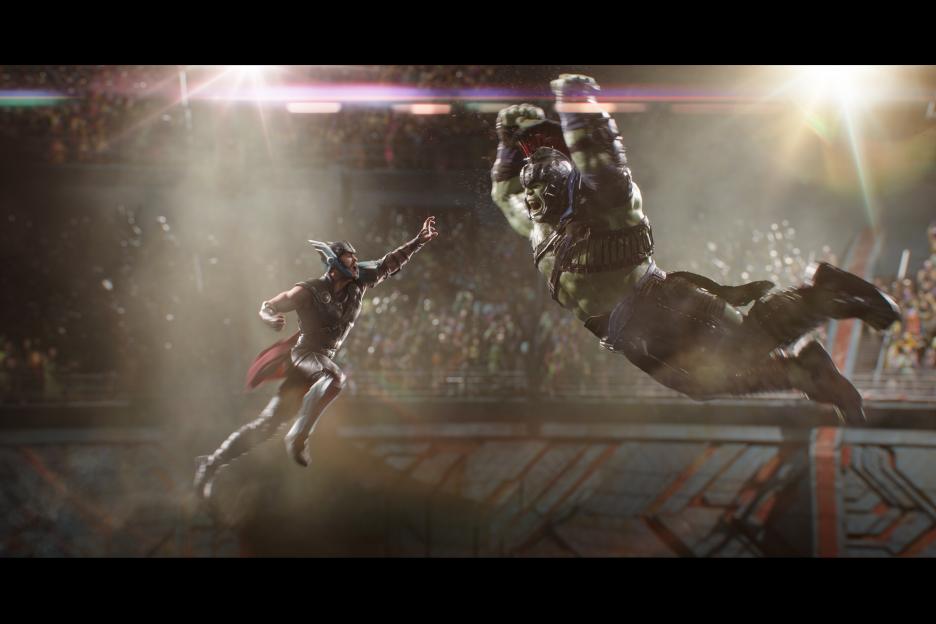 With eye-pleasing set pieces, a retro-sci-fi motif (aided by a synthesizer-lead soundtrack and the occasional Led Zeppelin song), and a cast with practically no weak links, Thor: Ragnarok presents an incredibly fun superhero movie, further solidifying Marvel Studios as the leader of the genre. You can see Thor: Ragnarok in theaters November 3rd, tickets are now on sale here! 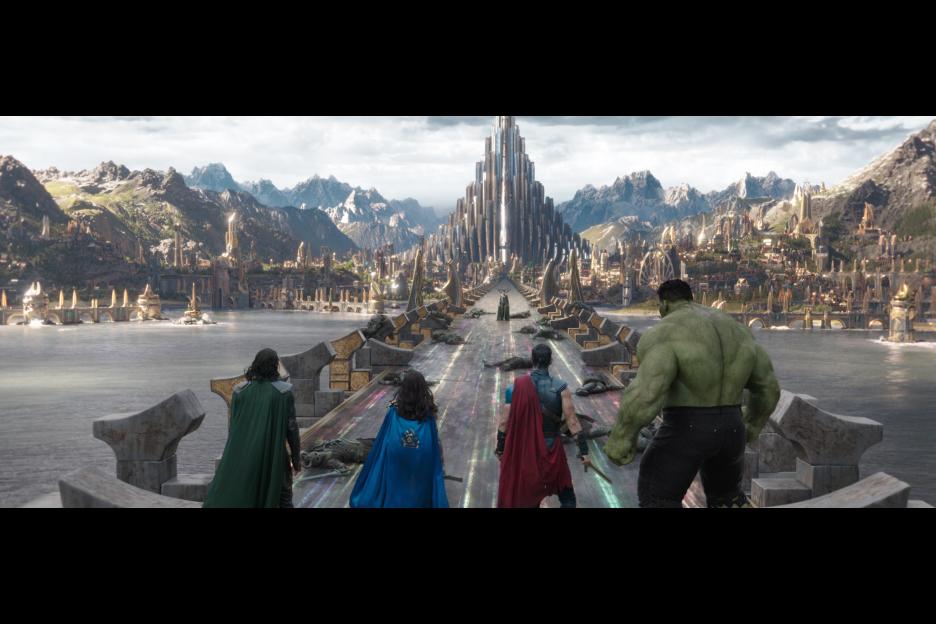