How to Get a Rise of the Resistance Boarding Group – And Can Young Kids Ride It?

I posted on my Instagram about my journey going on the newest Disneyland attraction: Rise of the Resistance in Star Wars: Galaxy’s Edge. I don’t think I’ve ever gotten so many questions in response to stories, so wanted to put all the information conveniently in a blog post, to help answer the question how to get a Rise of the Resistance boarding group.

Two days after opening day when I rode it with a friend and tested the waters, I wanted to try again on Sunday (2 days after opening) so my daughter and husband could ride it. I was sure after experiencing it my 5-year old would love the ride itself. Although I was a little worried she would get scared during all the pre-show parts. So after I cover how to get a Rise of the Resistance boarding group, I’ll also share my tips on preparing and taking a young kid on the ride.

What is a Boarding Group, and Do I HAVE to have One?

I have had a lot of people wondering what a boarding group even is, and can they just line up in the standby line. For the time being, you can ONLY ride Rise of the Resistance if you have a boarding group. There is absolutely no standby line. As of now, Disney hasn’t announced a date when standby lines will begin (I’m assuming they’re playing it by ear based on demand).

Boarding Groups open on the Disneyland App to join starting at park opening (usually 8am or 9am). You can check the full schedule of Disneyland park hours here. Once the park opens AND you have scanned your ticket to get into the park (everyone who you want to be in your boarding group also has to have their ticket scanned in) you can join a boarding group. You will have to be at Disneyland for park opening to get a boarding group, since so far they’ve been full within a minute.

Strategies for Getting a Rise of the Resistance Boarding Group

So I want to preface this with saying, these are the times I arrived at Disney and tips I did to best help me get a boarding group. And I’ve gotten one twice! However, I have heard of people who still do everything right and they don’t get one because their app crashed right at 8am or their “Join a Boarding Group” button never loaded in time (Which is why I recommend if possible have at least two adults with you trying to help have a back-up).

So come hoping to ride the ride, but prepare yourself that even if you do everything right it is ultimately like a digital lottery. But the worst case you still get a day at Disneyland! Now with that said, here are my tips for what to do and when to arrive:

There is really no need to get to the park at 5am or another crazy early time, as the boarding group system doesn’t work on a first come, first serve basis. As long as you’re in the park at opening with your app working and ready to go, you are then doing the digital lottery with everyone else trying to get a boarding group.

There’s another option instead of using the app, to physically get a pass. They have boarding pass kiosks in the Buzz Lightyear Astro Blasters FastPass area, as well as Splash Mountain FastPass area. So you can try to go to one of these as well, but have heard mixed things depending on the day (it got them an earlier boarding group, or boarding groups went faster there). So may be a good idea to have someone in your party try the app and someone try the physical boarding group pass to increase your chances of getting a group.

Another question I’ve gotten is how long does it take to get loaded once you get a boarding group. This has drastically varied. The first day, I was group 76 and I went on at 6:45pm (the following day that same group was 3:45pm). Then the third day I got group 47 and I went on not until 4pm which is an extremely slow day (there was a 3 hour breakdown which caused this). So based on breakdown times and amount of breakdowns, the times always change. You can check the app to see what group is currently boarding. I hope these tips help, and may the force be with you!

Can Young Kids Go On Rise of the Resistance?

So of course this varies by child! But wanted to share my experience taking my 5 year old. I knew she would love the ride itself since she loves Star Tours and Space Mountain. But was nervous about the pre-show since (pre-show spoilers ahead) there’s stormtroopers, and the cast members talk sternly to you since they’re acting as First Order officers. I wanted her to get past all that, because I knew if she did the ride once and loved it and saw nothing bad happened, she would love it and be okay riding in the future. So below is what I did to prep her and she wasn’t scared: 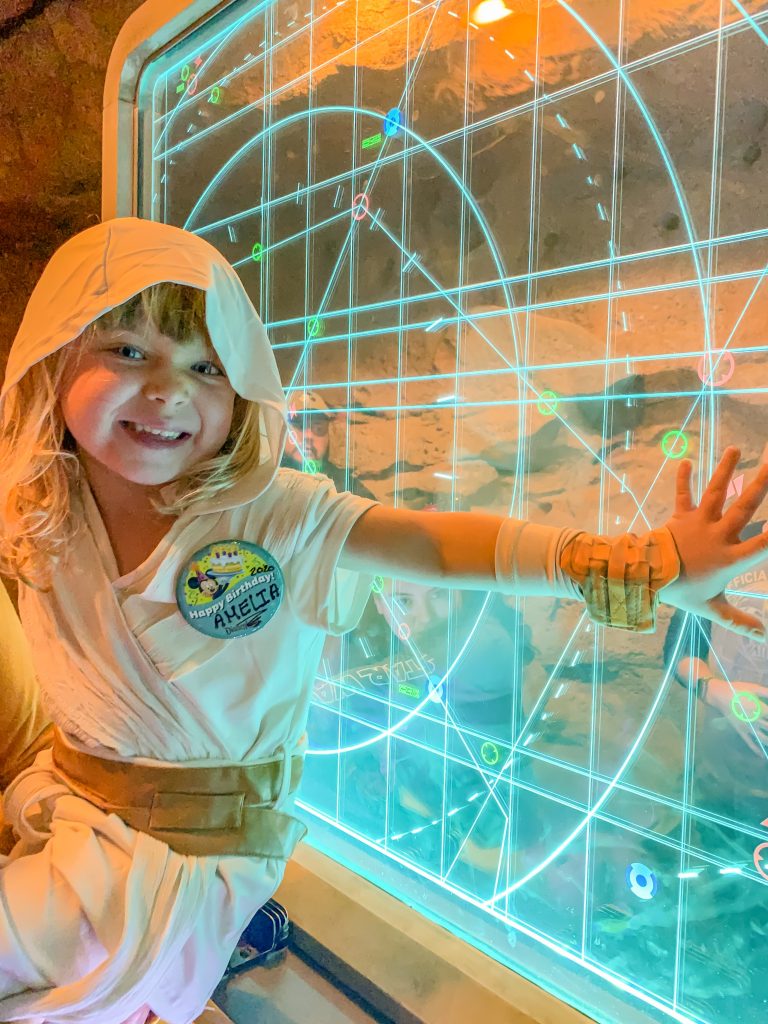 And there you have it! I hope these tips are helpful, let me know on Instagram or Twitter if you used them and if it helped! You can check out my post on other fun things you can do in Star Wars: Galaxy’s Edge here. 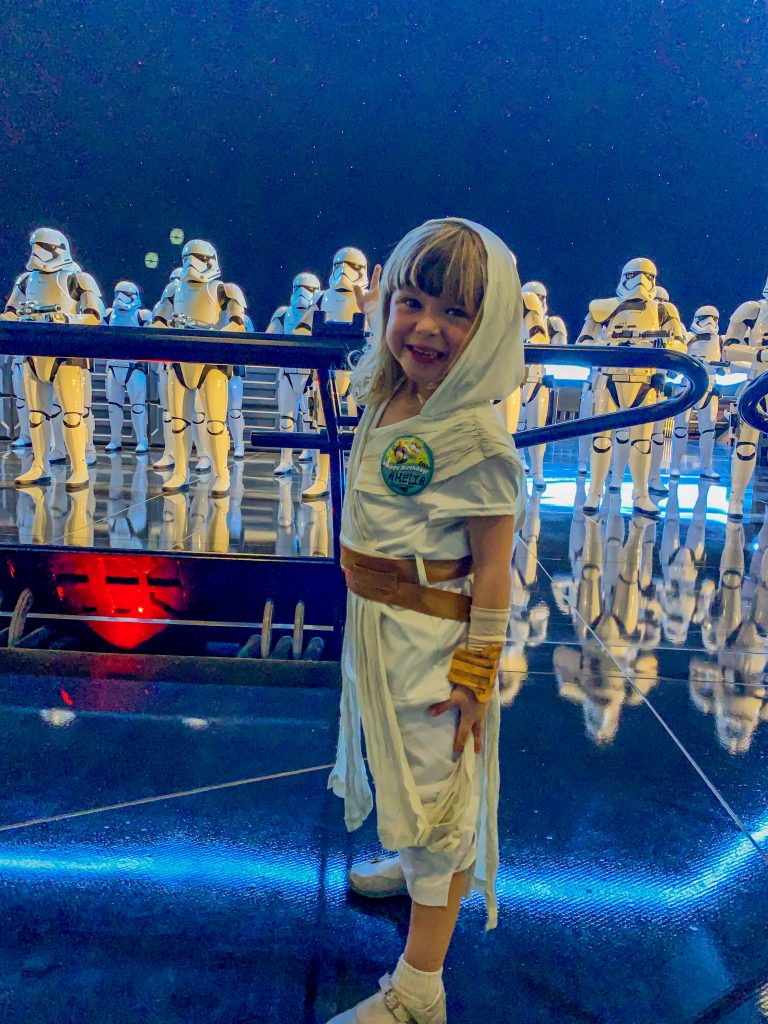