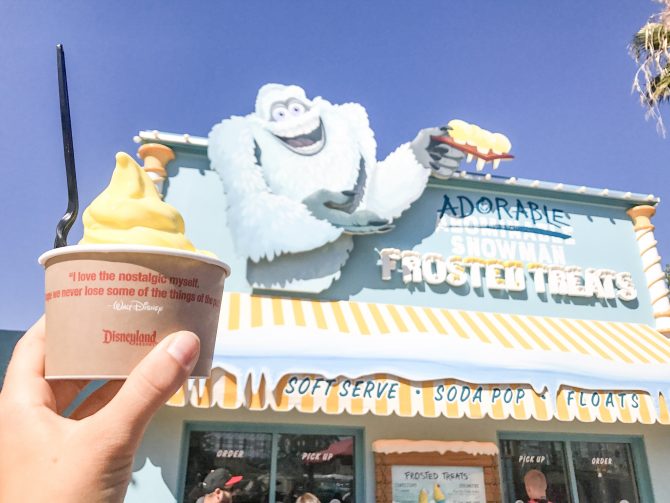 The offering at Jack-Jack Cookie Num Nums really took me by surprise! Their main item is their insanely huge, deep dish chocolate chip cookie. However, they offer a gluten-free shortbread/blackberry cookie called The Incredicookie. Although I’m not a huge fan of shortbread typically, I did enjoy this cookie! Also a surprise on the menu? That they offer a wide variety of milks, including two vegan milks: soy milk and Vanilla Almond Milk. I got the Silk Vanilla Almond Milk with the Elastigirl and Jack-Jack straw (I couldn’t resist!) 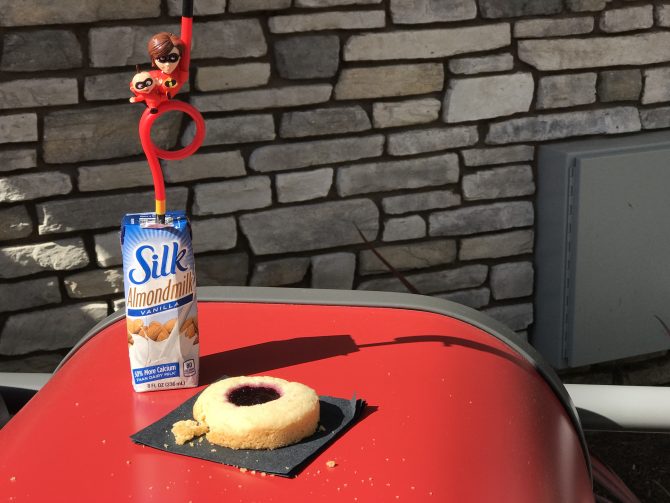 At Poultry Palace, they have two vegetarian offerings: The buttered corn on the cob, and the chili lime corn on the cob. They are delicious, but pretty messy (just a warning). The chicken drumsticks at poultry palace are actually gluten-free! 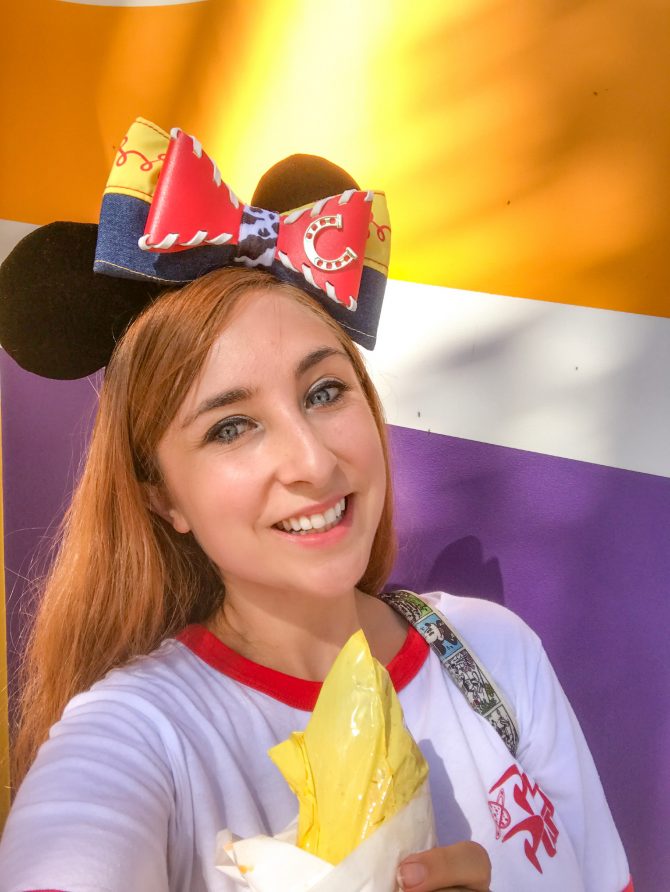 At Senor Buzz Churros stand, they offer cinnamon sugar churros (which are classic churros) and caliente churros. None are vegan or gluten-free, but they are vegetarian of course! While I didn’t taste them myself, my friend Sarah gave a good review on the new caliente churro.

Senor Buzz churros at #pixarpier! Caliente #churro and galactic sugar churro! Follow along in my stories and at the link in bio with us as @diningindisney and I report live from #disneyland’s brand new #pixarpier this weekend!! #disney