There’s a show that my daughter LOVES called Animal Actors. It’s a stage show with actual animal actors from film and TV and their trainers, to show the behind-the-scenes scoop of how animals in Hollywood do their amazing tricks! The show has dogs, cats, birds, and a few other animal guest surprises. 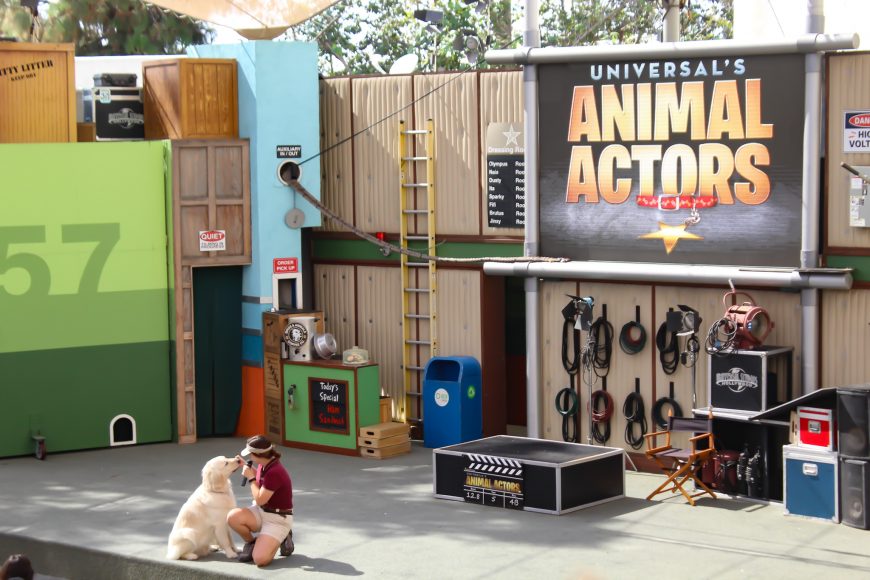 After the show, you can go up to the stage and pet a few of the animal actors! Last time we were there, it was a chicken, 2 dogs and a cat.

The DreamWorks Theater just underwent a refurb, and opened with a new attraction: Kung Fu Panda! It’s in a theater, similar to a 3D show, but the seats move around with what you’re doing! It’s great for all ages! My daughter absolutely loves Kung Fu Panda so she is obsessed with this new attraction. 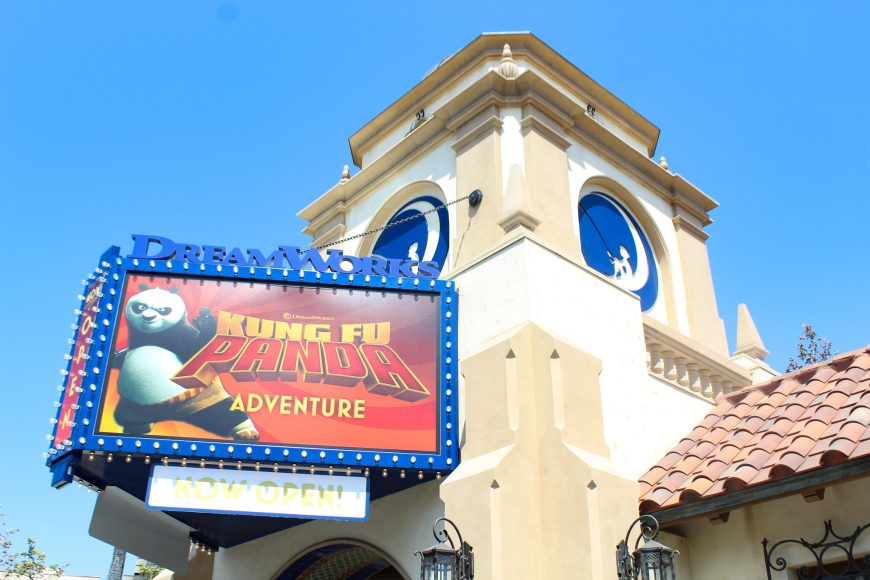 There are tons of kid friendly character meet-and-greets at Universal Studios Hollywood! Some of my daughter’s favorites are minions, Hello Kitty, Branch & Poppy, Dora, and the Madagascar characters! 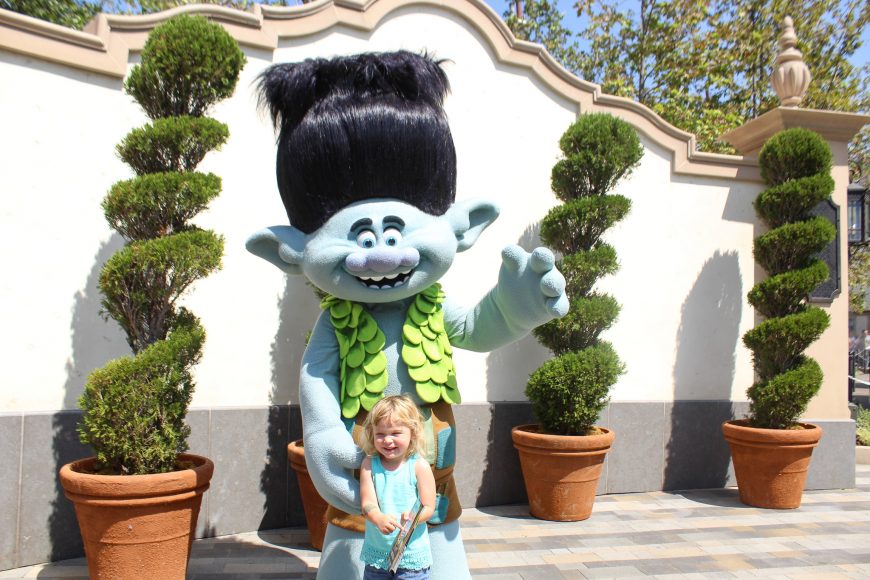 Next to the Jurassic Park ride entrance is a Dino Play area! This is my daughter’s favorite playground at Universal Studios Hollywood – there’s so much climbing to do! Plus it’s nice for the parents to sit back and relax while their little ones play since the playground is surrounded with misters to stay cool. 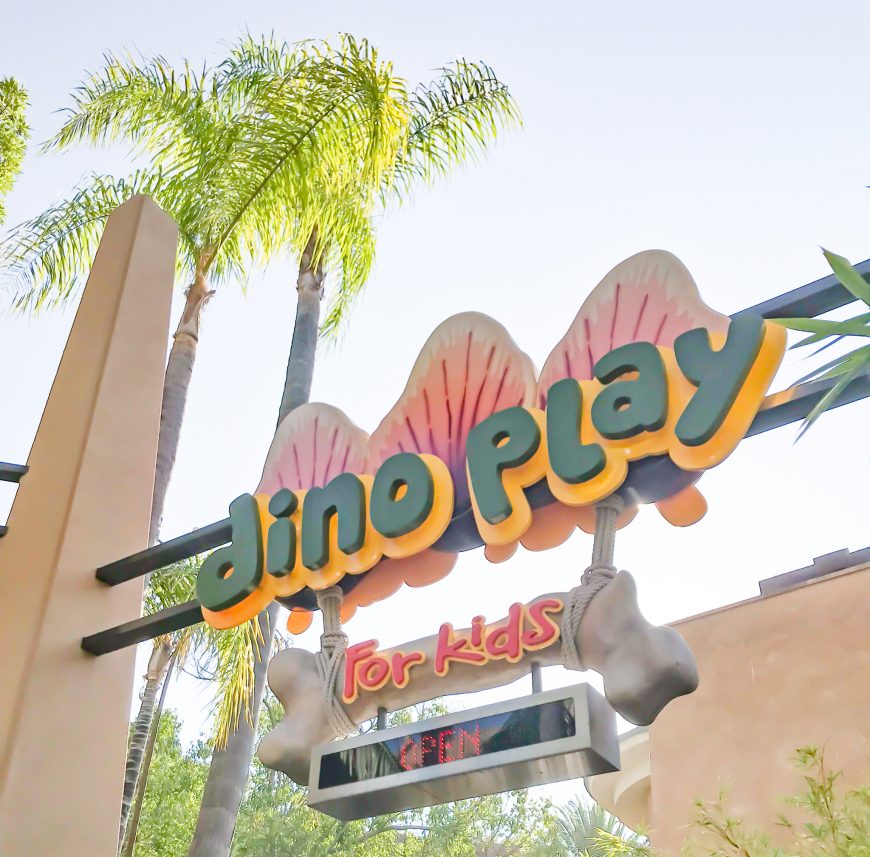 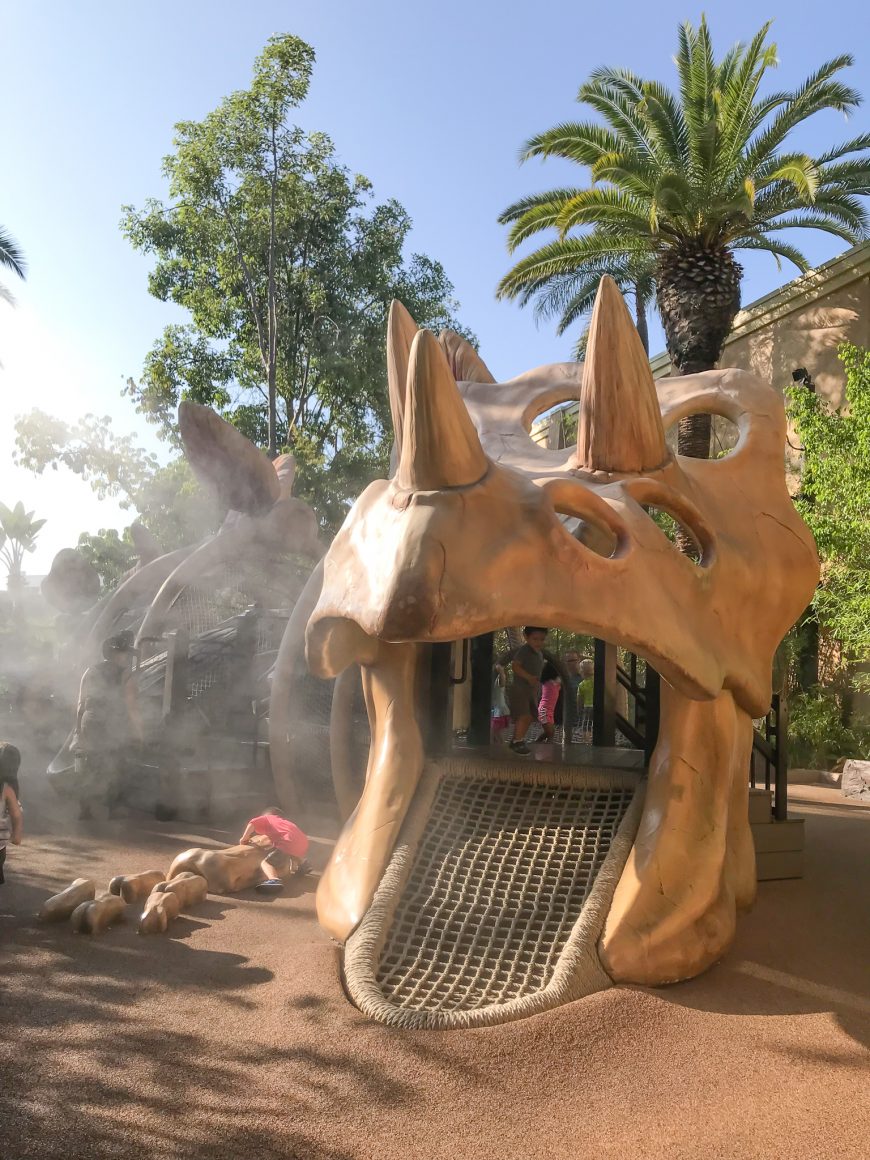 It’s conveniently next to the Jurassic Park ride, so if you want to do a rider switch with another adult in your party while your tot plays, you have something to do while you wait! Another tip – there’s a Starbucks in the lower lot near the Dino Play area, I like to grab a Starbucks then head to the playground since my daughter tends to spend an hour here.

While the two rides in the Wizarding World of Harry Potter are for taller kids, my daughter still loves to have fun here! There’s a magic shop adjacent to Honeydukes (candy shop), so she loves to explore the candy shop then see some of the cast members demonstrate magic, as well as play with the toys in the magic shop. 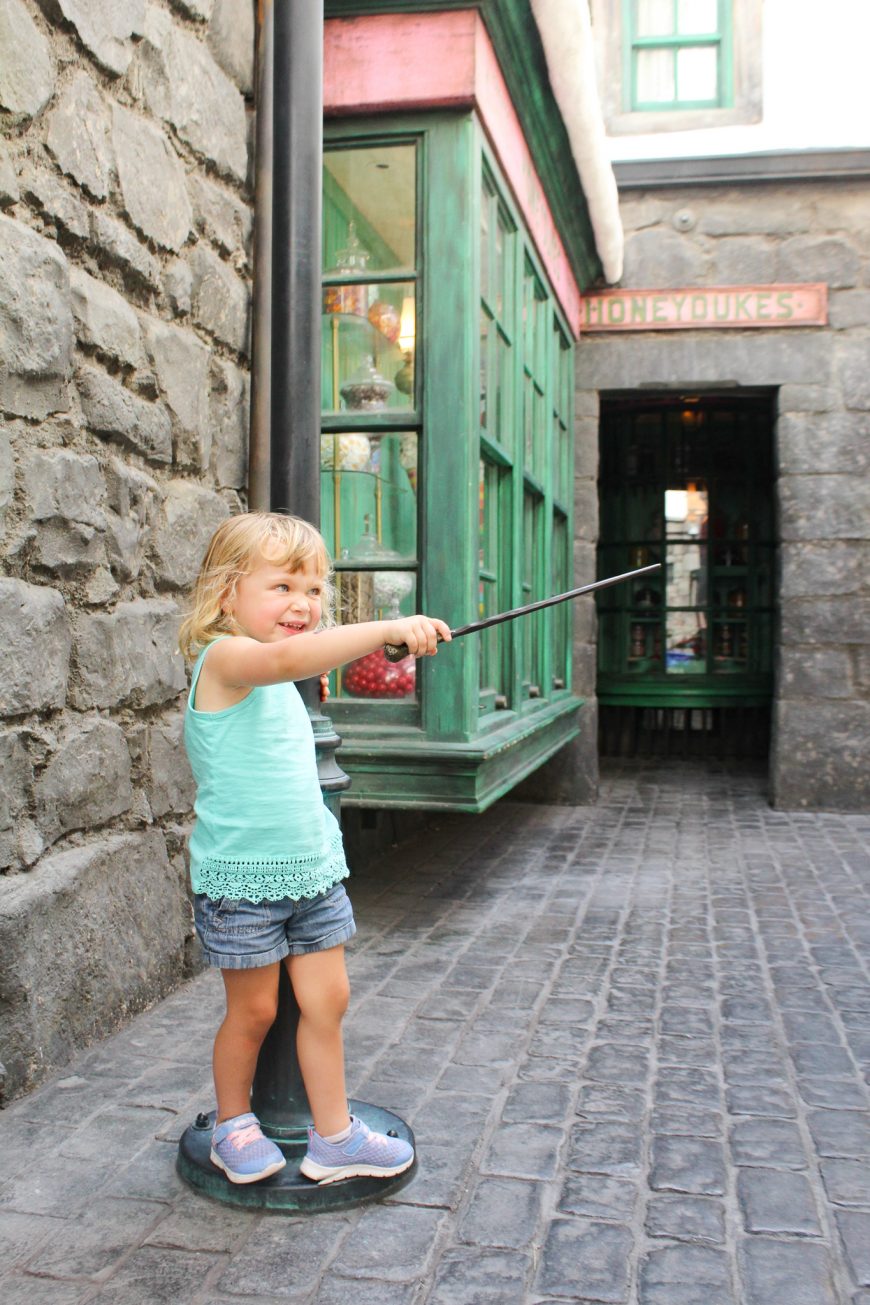 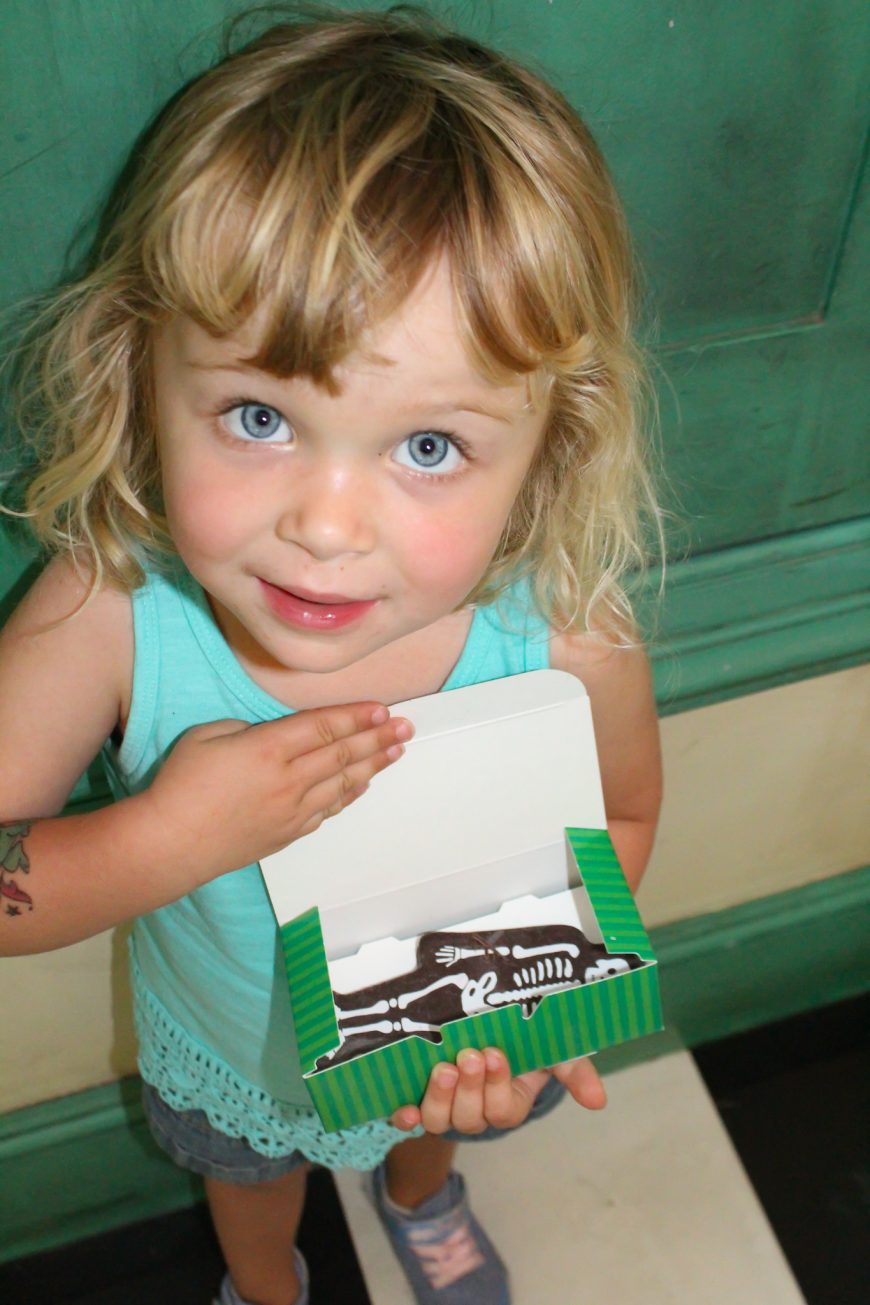 Another favorite thing to do in Wizarding World of Harry Potter? Getting Butterbeer ice cream, and strolling through Hogsmeade waving a wand around! There’s also special wands you can get that interact with the window displays throughout Hogsmeade. 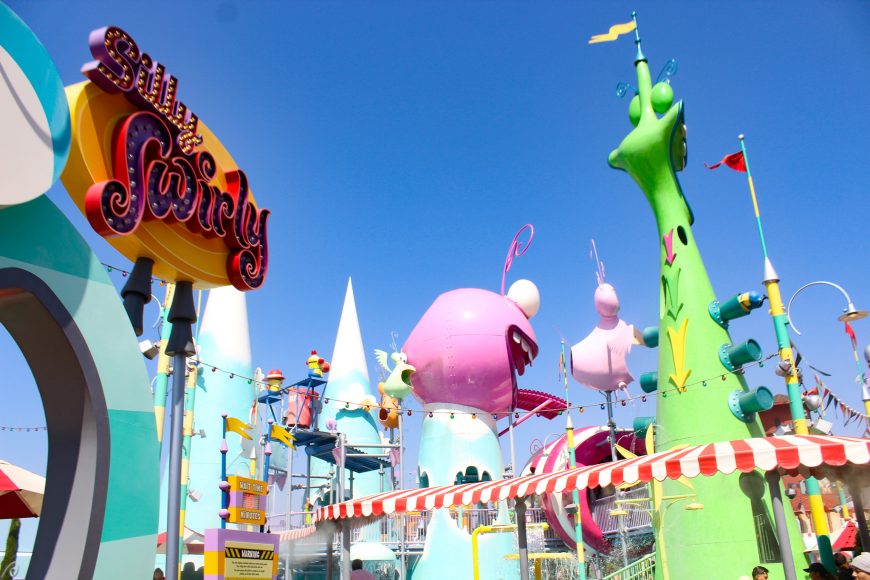 The minion area of the park is by far my daughter’s favorite thing to do at Universal Studios Hollywood! She could honestly stay here all day! There’s a regular park, a huge water playground, and the Silly Swirly ride that all ages can go on. 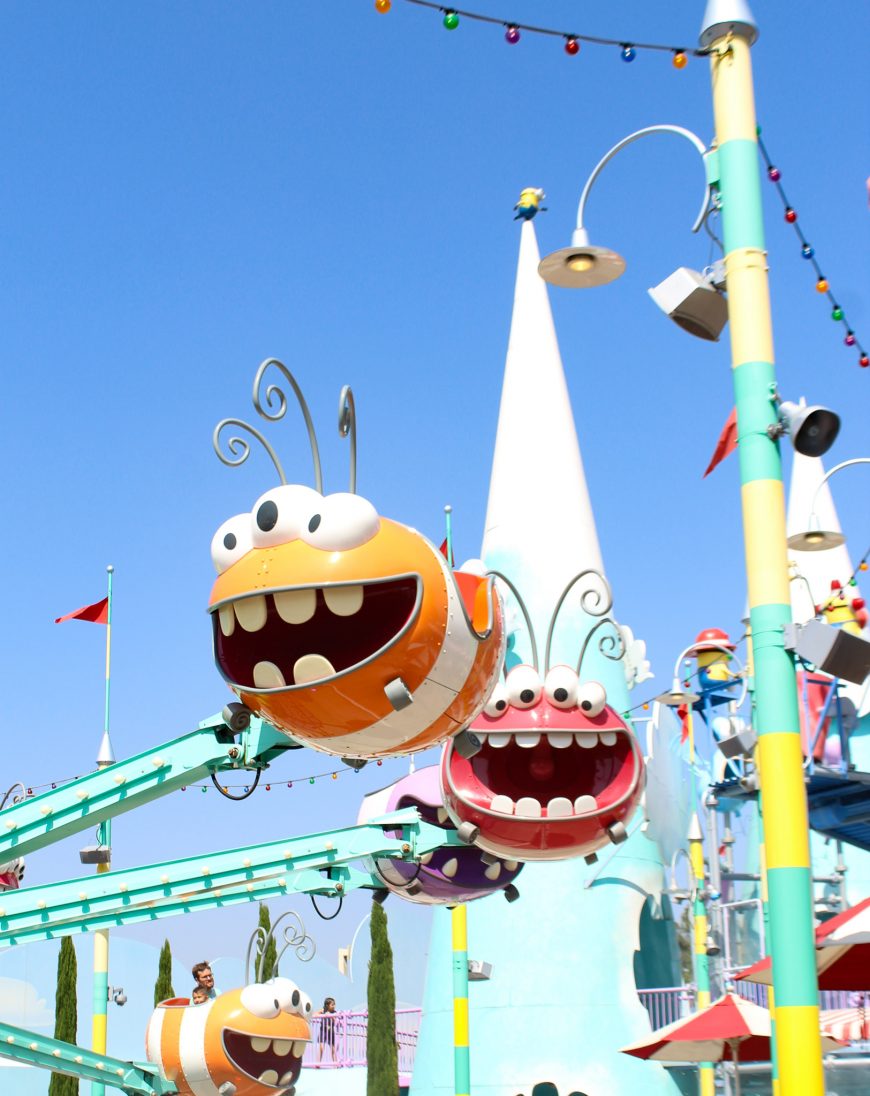 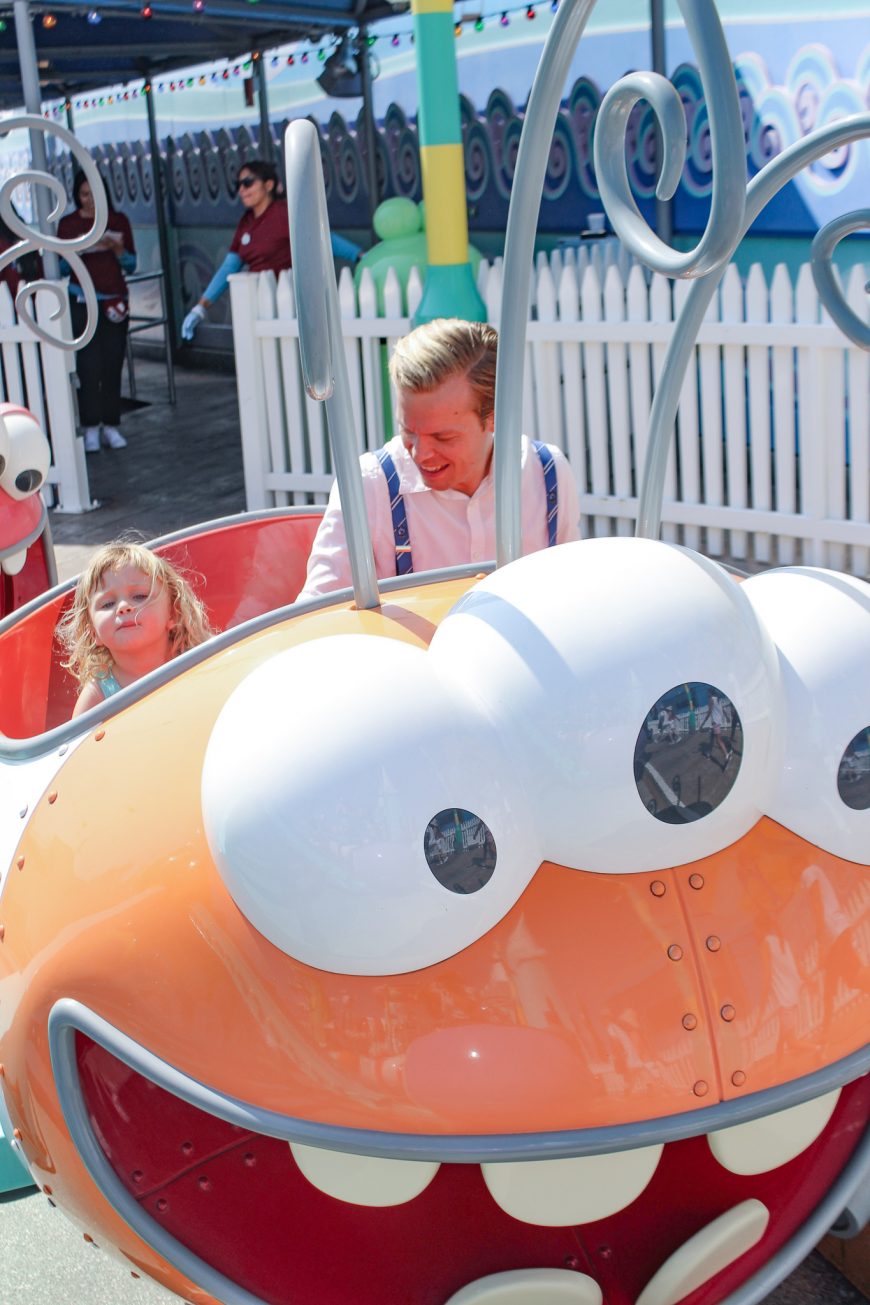 Just a pro tip – when going to Universal Studios Hollywood with your little one, definitely bring them a bathing suit – they’re get SOAKED in the water playground (shoes are required, so bring extra shoes or flip flops too!).

You can book your Universal Studios Hollywood vacation with your family by visiting my Getaway Today page here!