A Tour of Disneyland Through Disney Vinyl Records

I just got my first record player a little less than a week ago! I had always wanted one, but it was just one of those things I never got around to purchasing. I ordered a turquoise record player from Amazon, since I thought the turquoise would go well with much of our Disneyland castle themed decor.  The Victrola record player also comes in many other colors here!

I thought it would be great to listen to Disney records to make me feel l have a taste of Disneyland from home. Thanks to Disney Music Emporium, I was able to get a bunch of Disney vinyl records to have an at-home “tour” of Disneyland Resort in California. While I’m sharing about my favorite Disney records, I want to also mention that from today through May 3rd you can use code MOUSE20 for 20% off at Disney Music Emporium. 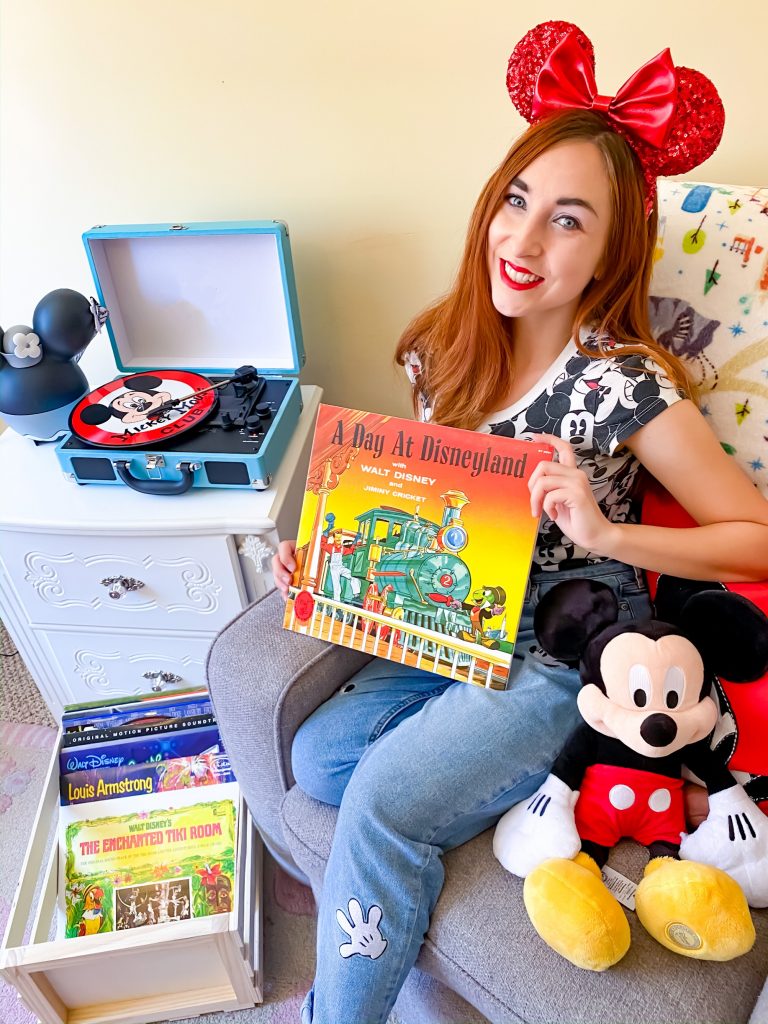 A great album for a vintage Disneyland feel is “A Day at Disneyland“. Originally released in 1957, Walt Disney and Jiminy Cricket give you a narrated tour of Disneyland to help visualize you’re really there. To feel like you’re strolling down Main Street, USA I love the Steamboat Willie record, which plays the full soundtrack for the original Mickey Mouse short. Plus, the picture of Steamboat Willie on the record is extra cute.

Venture towards Adventureland to enjoy a homemade Dole whip (1 cup ice cream or non-dairy ice cream, 4 oz pineapple juice and 2 cups frozen pineapple FYI) and listen to The Enchanted Tiki Room album. On the second side of this record, you can listen to Thurl Ravenscroft narrate the Jungle Cruise. Next up is New Orleans Square, where the Princess and the Frog soundtrack on vinyl is a perfect fit! The first side of the album features Tiana, and the second side features Dr. Facilier. 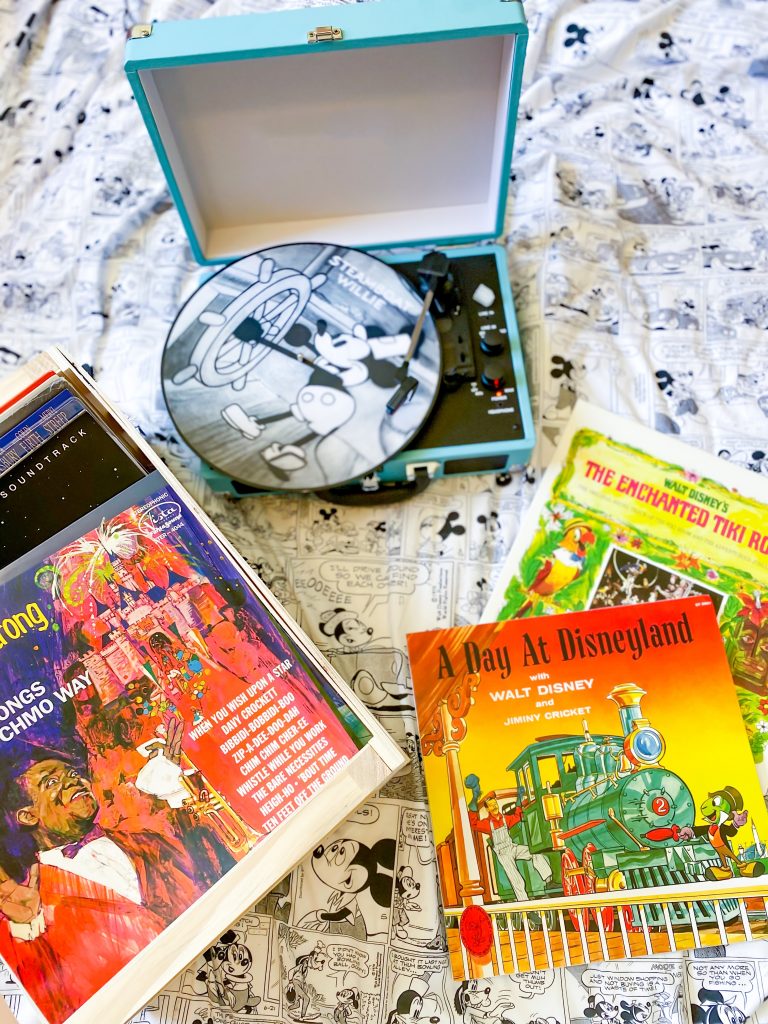 Louis Armstrong’s Disney album on vinyl is perfect for Critter Country and Frontierland since it features both Zip-a-Dee-Doo-Dah and The Ballad of Davy Crockett. Then on our way to Fantasyland, feel like you’re at Star Wars Galaxy’s Edge with the Star Wars Galaxy’s Edge Symphonic Suite by John Williams. It’s another album that has a special picture on each side. 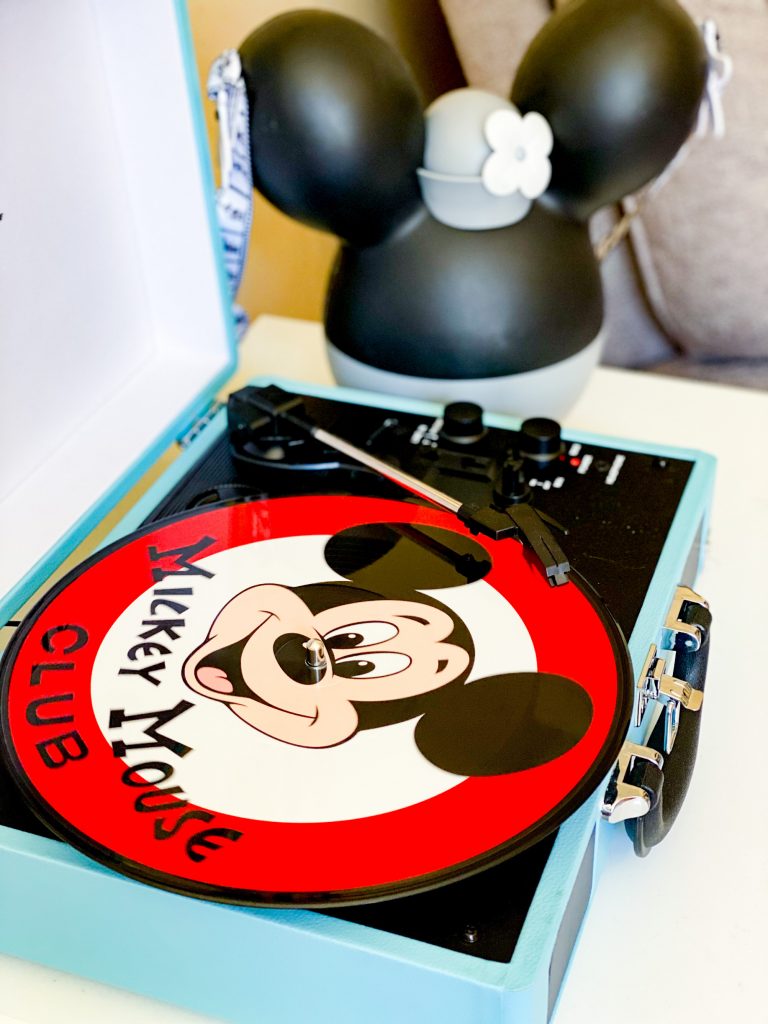 And there you have it, the Disney vinyl records I love to listen to from Disney Music Emporium to feel like I’m at the Happiest Place on Earth while in my home. On Disney Music Emporium you can also find many more Disney, Marvel, and Star Wars vinyls available. And be sure to use code MOUSE20 for 20% off until May 3rd! For more Disney fun at home, you can check out my blog post on ways to experience Disney history virtually. I also have a post on my favorite things to watch on Disney+ about the Disney Parks.