Disclosure: I am attending D23 Expo as media, but all thoughts and opinions about the Disney Plus announcements are my own.

Disney+ is now available for pre-order for US Residents! You have two options for pre-ordering, which are to pay monthly at $6.99/month or pay for a year all at once at a discounted rate of $69.99 for a full year! Visit here to pre-order today so you can start streaming November 12th. Also note this is different from the $12.99/month Disney+/Hulu/ESPN bundle, which will be available for purchase beginning November 12th. Below you can get a glimpse of what’s to come to the streaming service with these Disney Plus announcements from D23 Expo:

I just attended my first  panel of D23 Expo 2019 and it was so incredibly epic. When you think about attending D23 Expo this is exactly the type of experience you hoped to have. It had everything at Disney family could want: Pixar, Marvel, Star Wars, TONS of original content! Here are some of the information we learned and surprise announcements at the Disney+ Showcase panel! 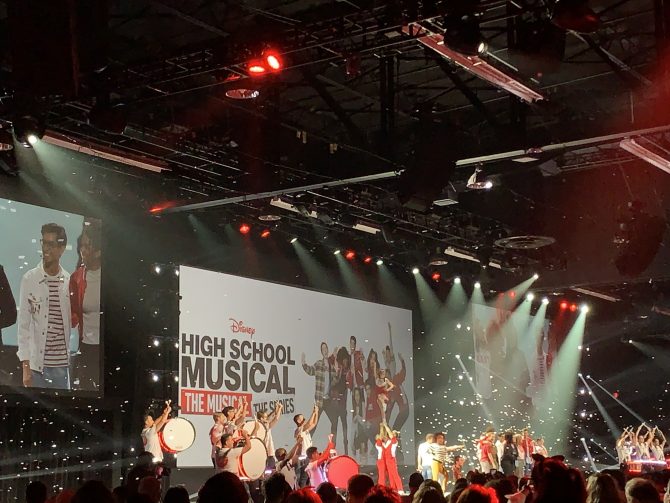 We learned some exciting news! Within the first year of Disney+ launching the entire library of Pixar and Walt Disney Animated films will be coming out of the vault and available on the streaming service! 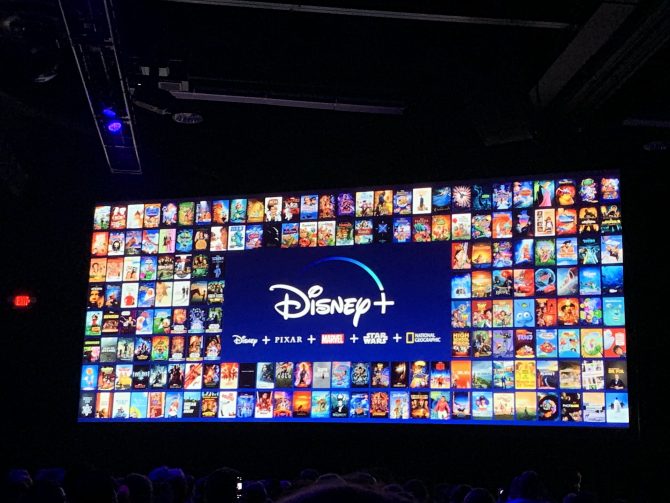 The series I’m most excited about? A Lizzie McGuire reboot starring Hilary Duff herself! In the series, we will have animated Lizzie alongside Duff like in the original. Lizzie is living in Soho, and about to celebrate her 30th birthday! 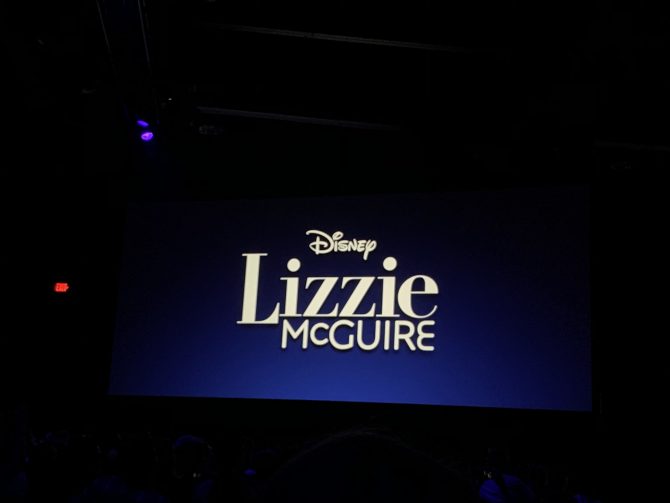 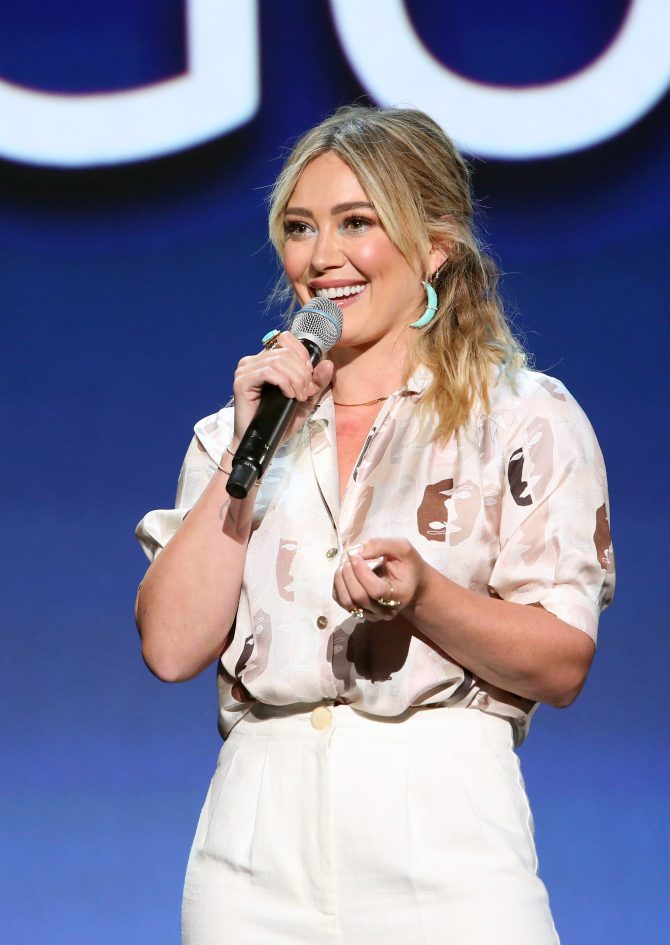 We got to see the logo for the new Pixar mini series Forky Asks a Question, with Tony Hale reprising his role as Forky! 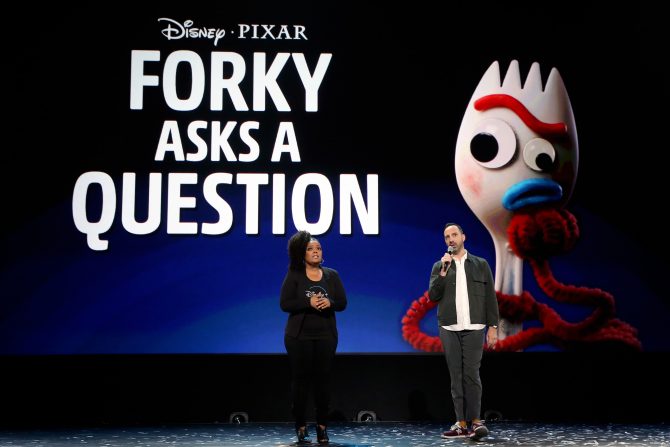 We also got to see the logo and two character reveals for Monsters at Work. The premise of the show is a monster will be starting his first day at Monsters Inc, but it happens to be the first day where they are switching from screams to laugh power on the Scare Floor. 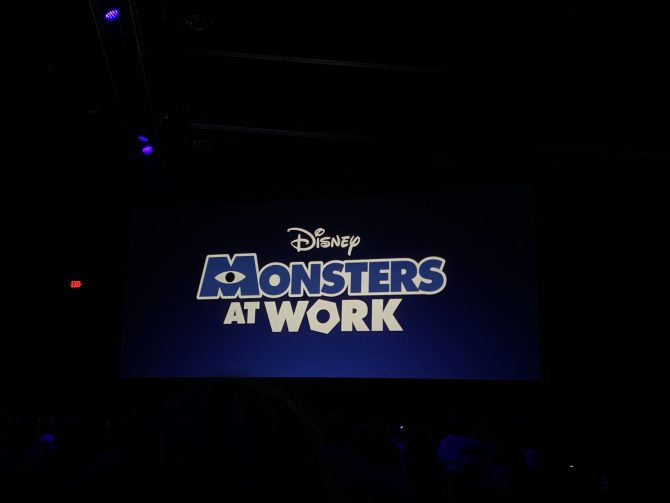 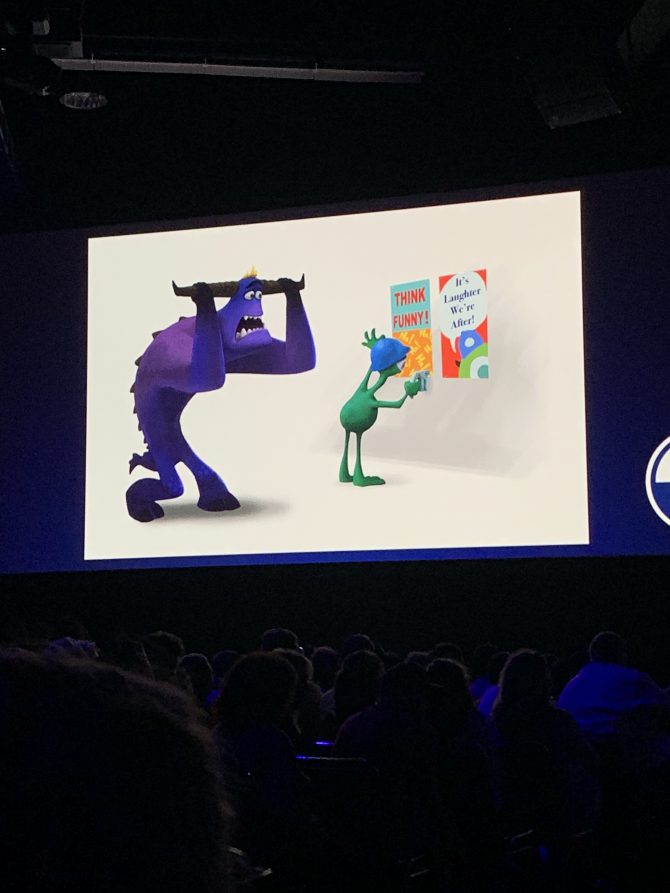 Kevin Feige kicked off the Marvel portion of Disney+ Showcase, and was proudly wearing his Disney+ Founders Circle pin that you receive when you sign up before the service launches Nov 12th! He announced that Avengers Endgame will be available on Disney+ beginning December 11th. 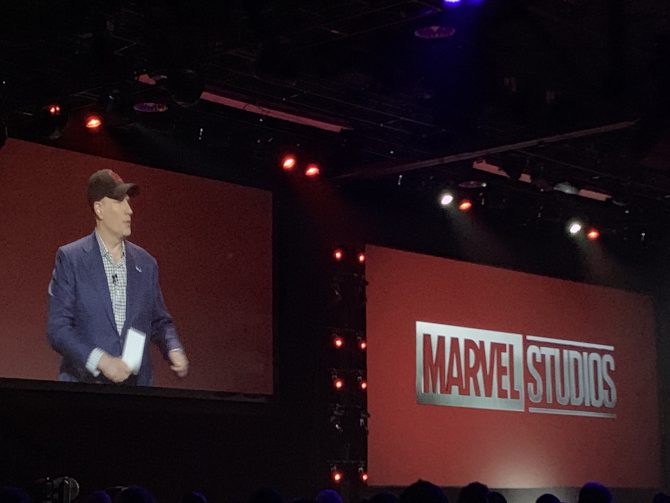 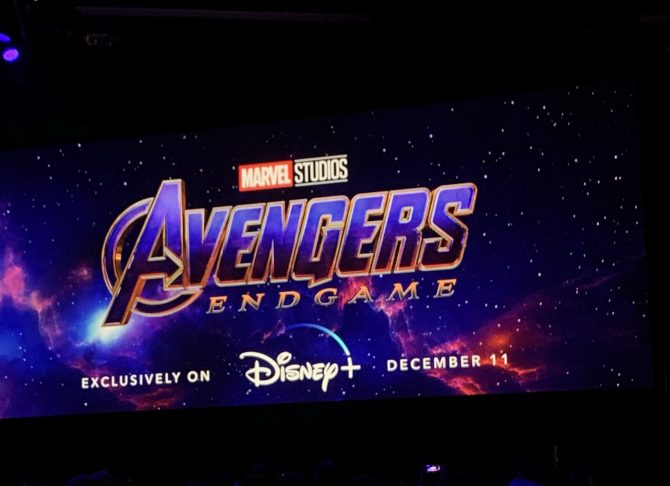 Wandavision coming to Disney+ will be part epic MCU material, part 50’s wacky sitcom. Interestingly, much of the tone of the new series is inspired by Disney Legend Dick Van Dyke. They shared Kat Dennings will be in the show reprising her role as Darcy Lewis, Randall Park will return as Jimmy Woo, and Katherine Hahn will play a wacky neighbor type role. 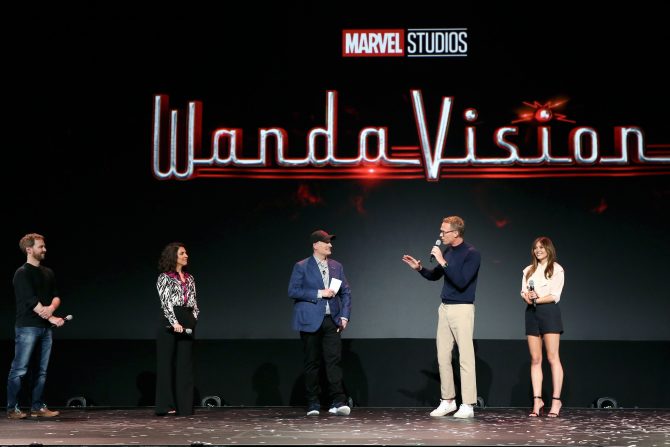 What If..? Is the very first animated Marvel Studios series. It will show alternate takes to MCU stories. One of note that was a focus on the presentation was Hailey Atwell as Captain Carter instead of a world where Steve Rodgers became Captain America. 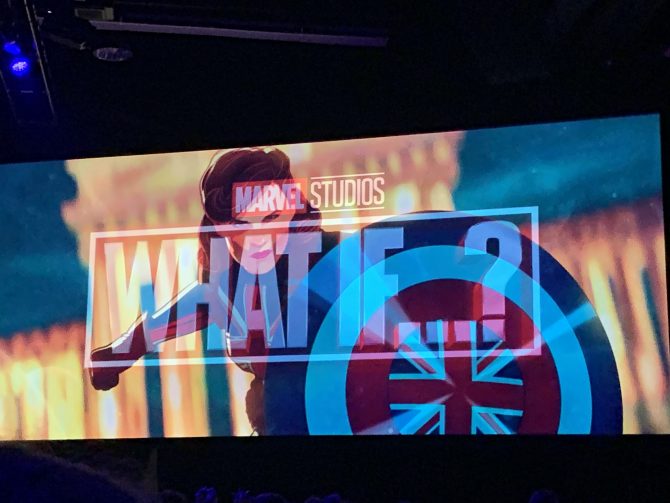 We knew previously about Wandavision, the Loki series, and The Falcon and the Winter Soldier already, but at the panel they announced three surprise series coming to Disney+: She Hulk, Ms. Marvel, and Moon Knight. 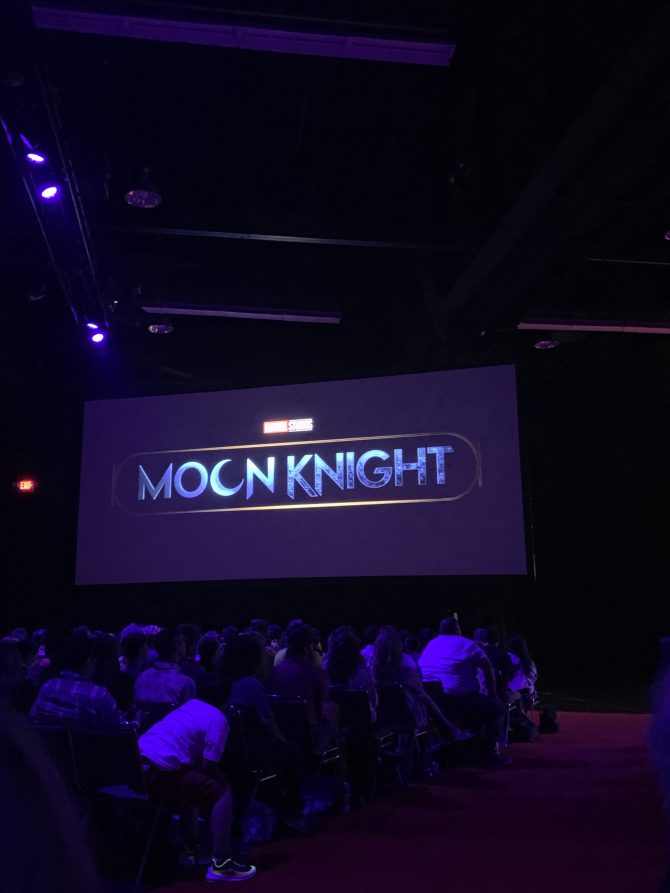 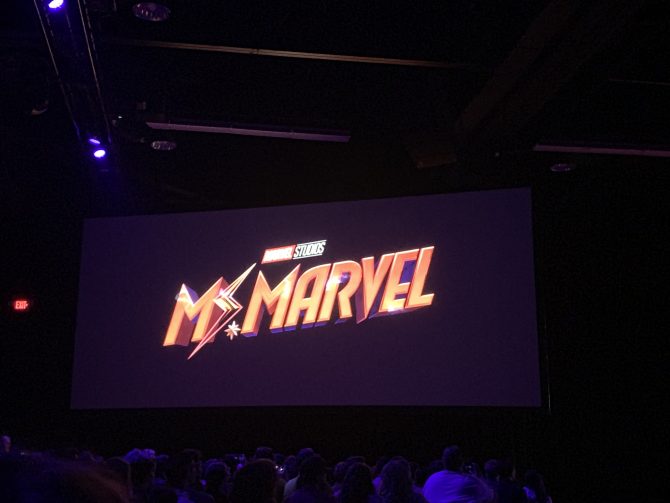 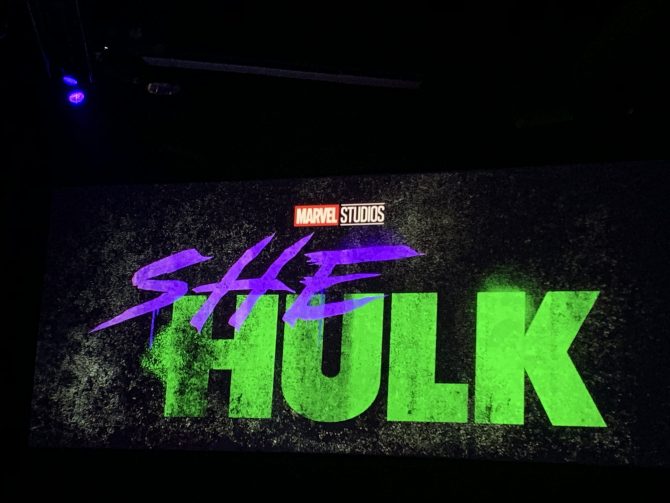 Lady and the Tramp

We saw the first trailer to the live action Lady and the Tramp and it looks beautiful! I think it may be the best live action Disney remake yet! We also learned that many of the dogs starring in the film were rescue dogs, including Monty who plays Tramp. 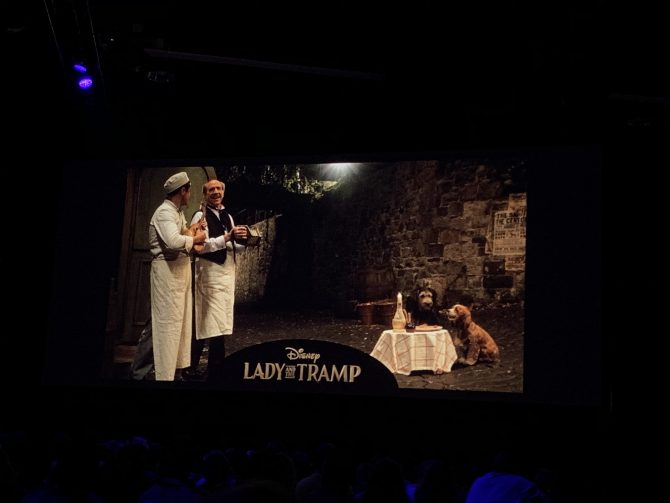 We also saw trailers for the Kristen Bell produces show “Encore!”, a docu-series about adults who get together to recreate a high school musical theatre performance with their classmates they haven’t seen in decades!

We also saw clips and trailers for Stargirl, Diary of a Female President, Timmy Failure: Mistakes Were Made, Noelle and The World According to Jeff Goldblum.

Lucasfilm president Kathleen Kennedy announced that the entire library of Star Wars will be available within the first year of Disney+ launching! 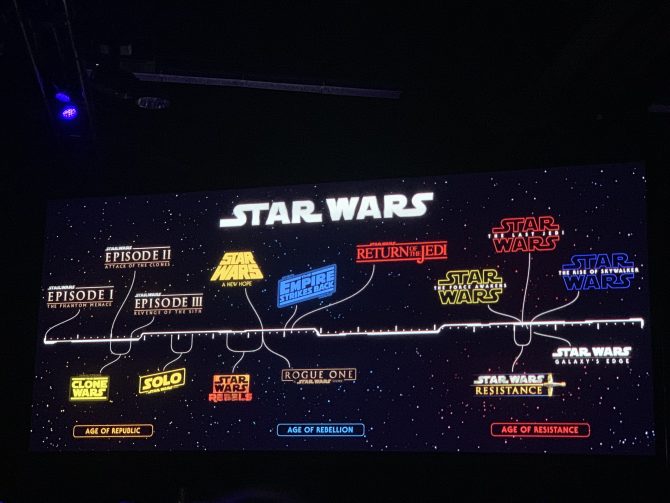 It was also announced that there will be a new Disney+ series where Diego Luna and Alan Tudyk will be reprising their Rogue One roles. The title of the series is TBA. Ashoka lives! We learned a new season of Clone Wars is coming to Disney+ starting February 2020. 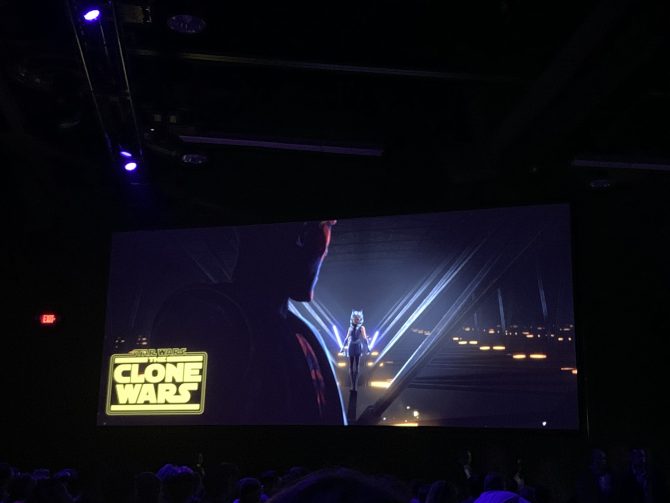 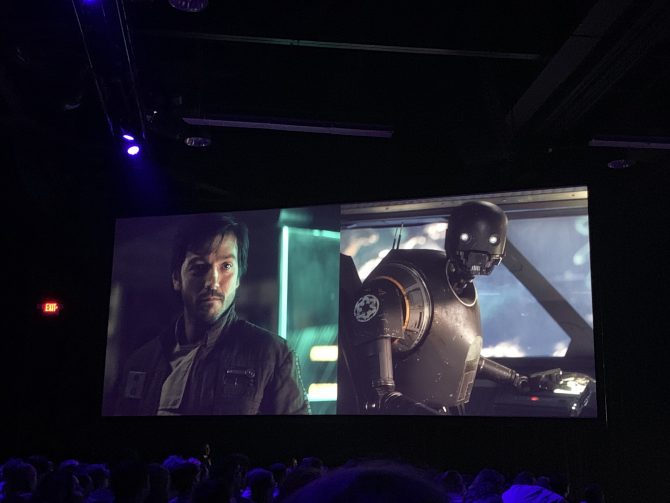 We also saw images from the new Jon Favreau Mandalorian series, which included Jawas, bounty hunters, stormtroopers, and more! We got a look at the first trailer and it looks just as epic and high quality as a full length Star Wars film.

The biggest Star Wars news at the panel, which led to enormous cheers, and even teary eyes was Ewan McGregor coming out on stage, and asking Kathleen Kennedy: “Can you please now answer, in front of everyone, will I get the chance to play Obi Wan Kenobi again?” And the answer is YES! An untitled Obi Wan Kenobi series starring Ewan McGregor will begin filming next year, to then be aired later on only on Disney+. 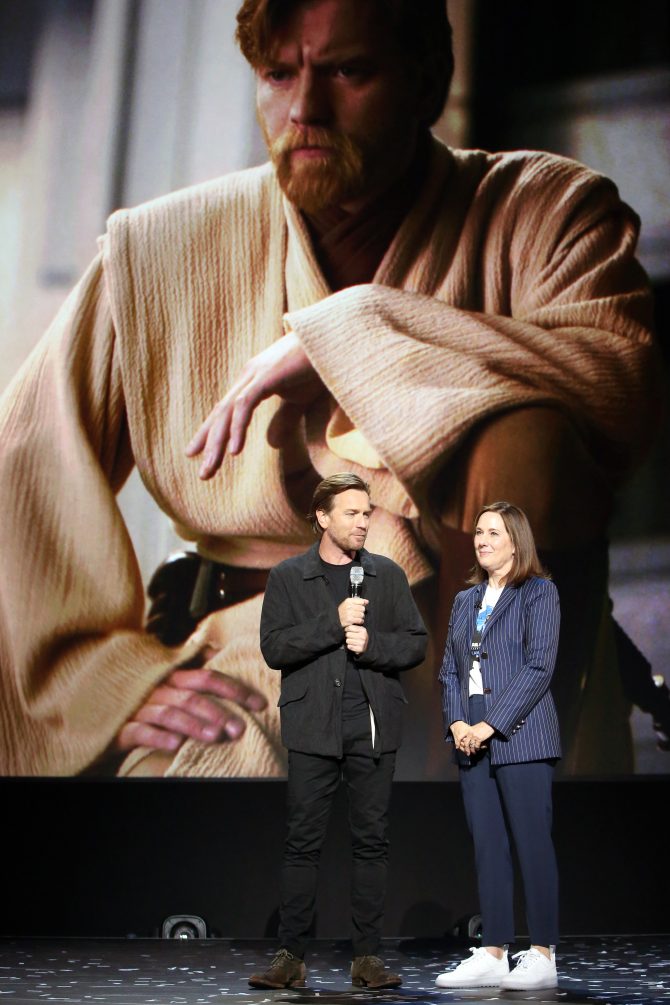 And there you have it for the Disney Plus announcements revealed at D23 Expo 2019! Let me know on Twitter @healthy_mouse what you are most excited for!