Cinderella is Being Re-Released for its 70th Anniversary

Since 1950, Cinderella has been inspiring people of all ages to never stop dreaming. She has always been one of my favorite princesses, and from an early age thinking of her courage and kindness helped inspire me – and still does to this day! I am so excited to now pass along the wonderful story of Disney’s Cinderella to my own daughter! For the film’s upcoming 70th anniversary, Cinderella is being re-released on Digital HD and Movies Anywhere June 18th, as well as Blu-ray (and 4K for the first time ever) June 25th as part of the Walt Disney Signature Collection. 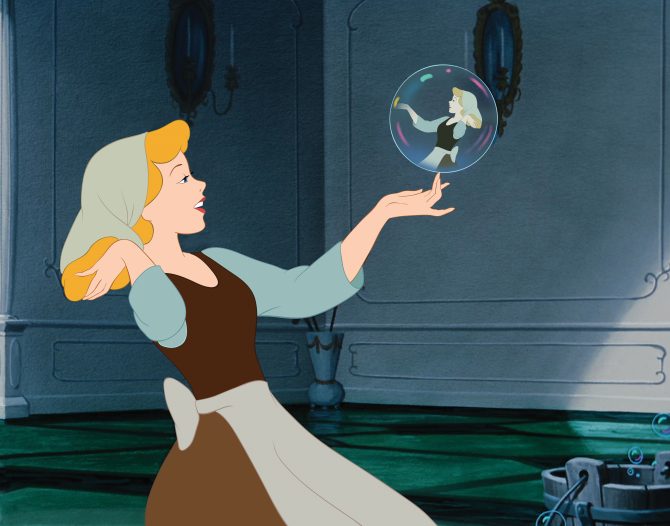 The Anniversary Edition of Cinderella includes the classic bonus features from its previous release, as well as two all-new extra: Cinderella trivia and fun facts hosted by Ruth Righi and Ava Kolker (From Disney Channel’s Sydney to the Max). The second one is “In Walt’s Words: Enhanced Edition”, which is a special edition of Cinderella that features production details, original storyboards, archival photos, and thumbnail sketches that play alongside the feature film. As a big Disney history nerd, I am most excited about this bonus feature edition!

My daughter got dressed up in her Cinderella Disney Princess costume for us to all watch the movie together on Movies Anywhere! For a complete Cinderella movie night, we printed out this adorable activity page, which you can download for free here, to design and color your own Cinderella ball gown: 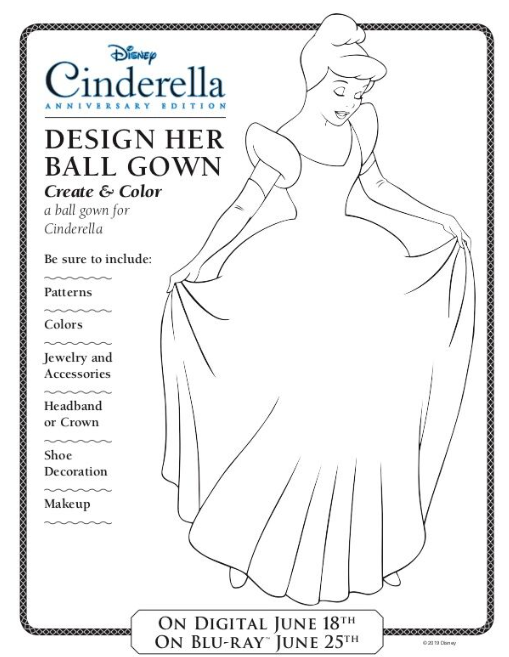 You can also do a tutorial with your kids on how to draw Jaq and Gus Gus, Cinderella’s best mice friends! You can find the tutorial to view or download for free here. 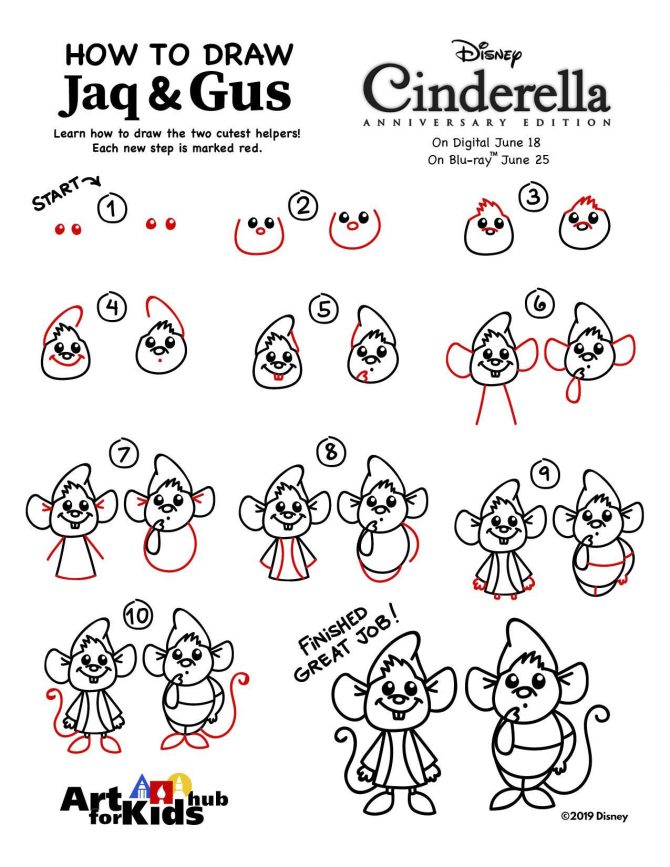 Another fun idea to celebrate the Cinderella Anniversary Edition for this classic princess’ 70th year, is to make some Cinderella-inspired parent-and-me clothes! We worked with Disney and Picture This Clothing to create a Cinderella-inspired shirt for me, and dress for Amelia. The concept is you print the shirt and/or dress templates from the Picture This website, then either color in the template with an original drawing, or place small objects within the template and take a photo of it. It is then printed onto the piece of clothing and mailed to you! 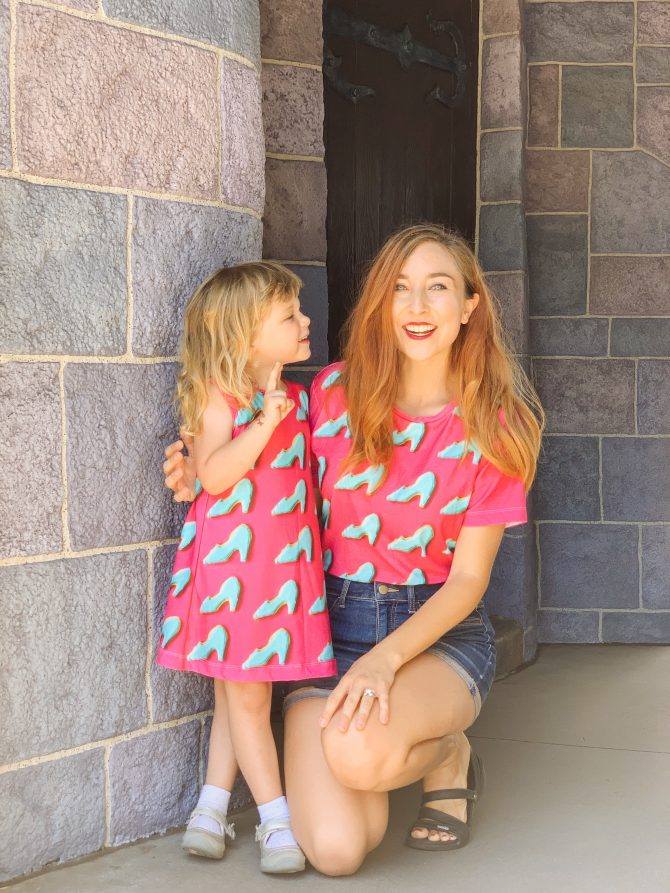 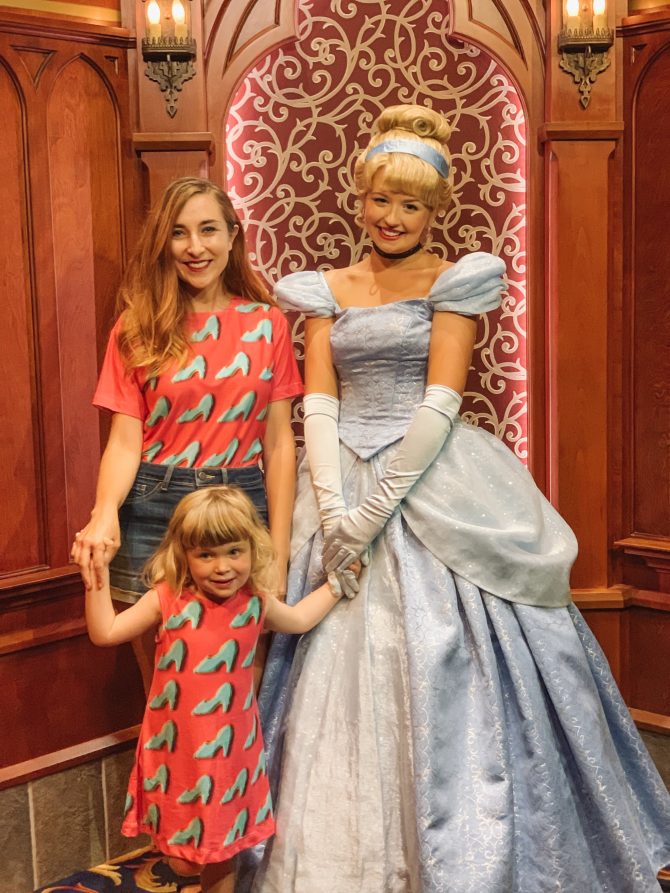 For mine and Amelia’s looks, since I love to create food art, had Cinderella glass slipper sugar cookies. We baked them together, and then I frosted them and placed on the template. I was super impressed with how clear the image came out on the printed clothing, not to mention the material was super soft with stretch. We get lots of compliments on them when we go to Disneyland!

The Cinderella Anniversary Edition is now out on Digital HD and Movies Anywhere, and you can find it on 4K for the first time ever plus on Blu-ray June 25th. 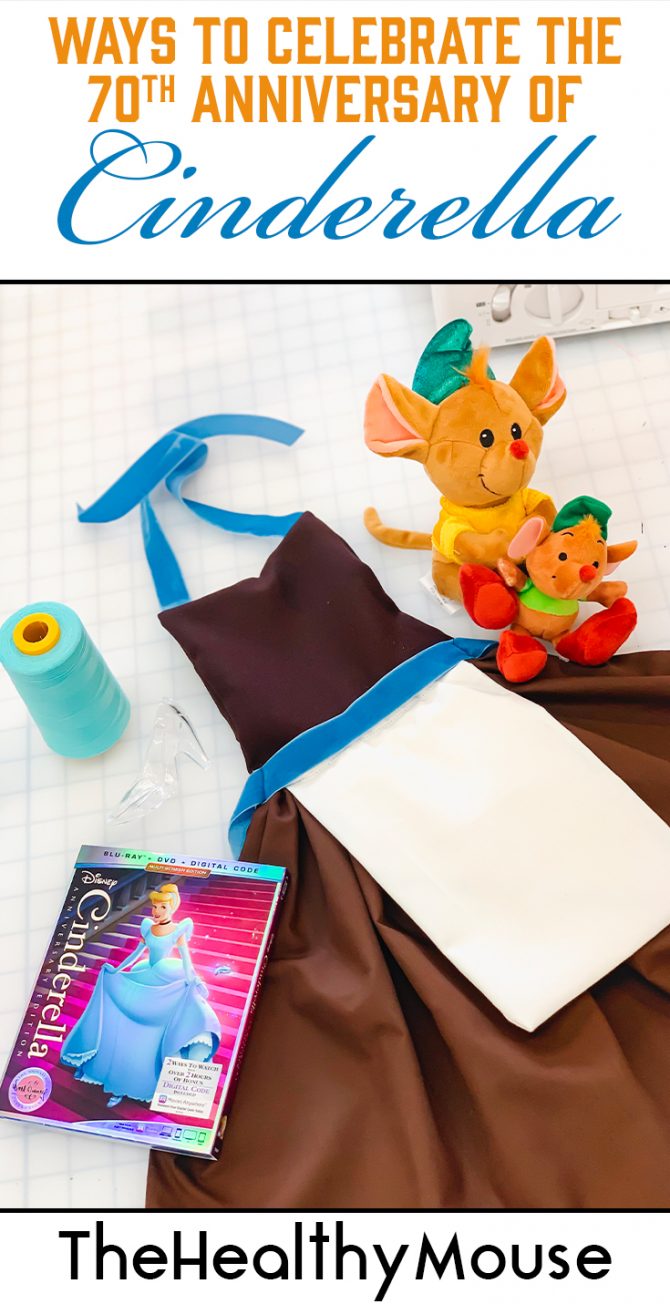