Disclosure: This press conference was hosted by Disney & Pixar.

Interviews With the Cast & Creators 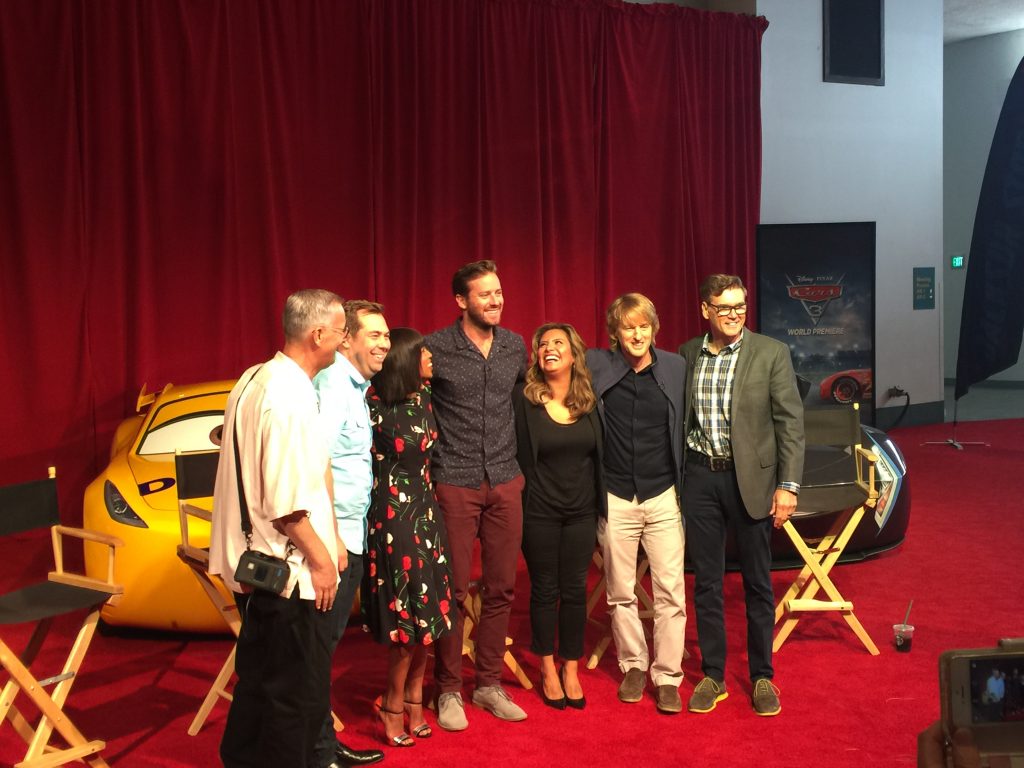 I recently had the pleasure of attending the Cars 3 press junket, where myself and other fellow bloggers were able to hear from the actors and creators who helped bring Cars 3, and the animated short LOU to life. Find out what the important themes of the movie are, what messages the actors hope kids will take away from the film, and in what ways the characters aim to inspire movie-goers. 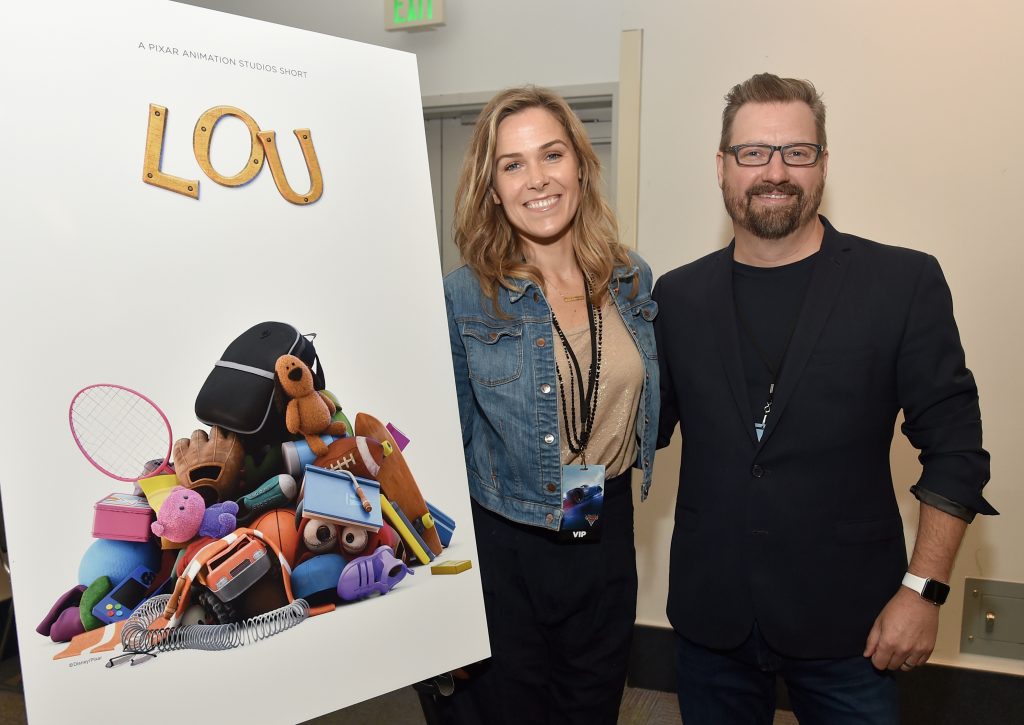 To start off the Cars 3 press junket, we were able to get an inside look on the making-of Disney & Pixar’s animated short that precedes Cars 3:  LOU. Dave Mullins, the director of LOU, had been pitching short film stories for about eight years, with LOU being his first animated short to be green lit. Mullins wanted to create a story about a creature that could make themselves invisible, yet who longed to play with other children. This idea eventually led to LOU, a box of lost and found items who could assemble themselves into a live creature and interact with children at will. Producer Dana Murray and Mullins talked about how the animation process for LOU was quite unique in that every single piece of his body had to be animated by hand, creating a new exciting yet difficult challenge for Pixar’s animators. 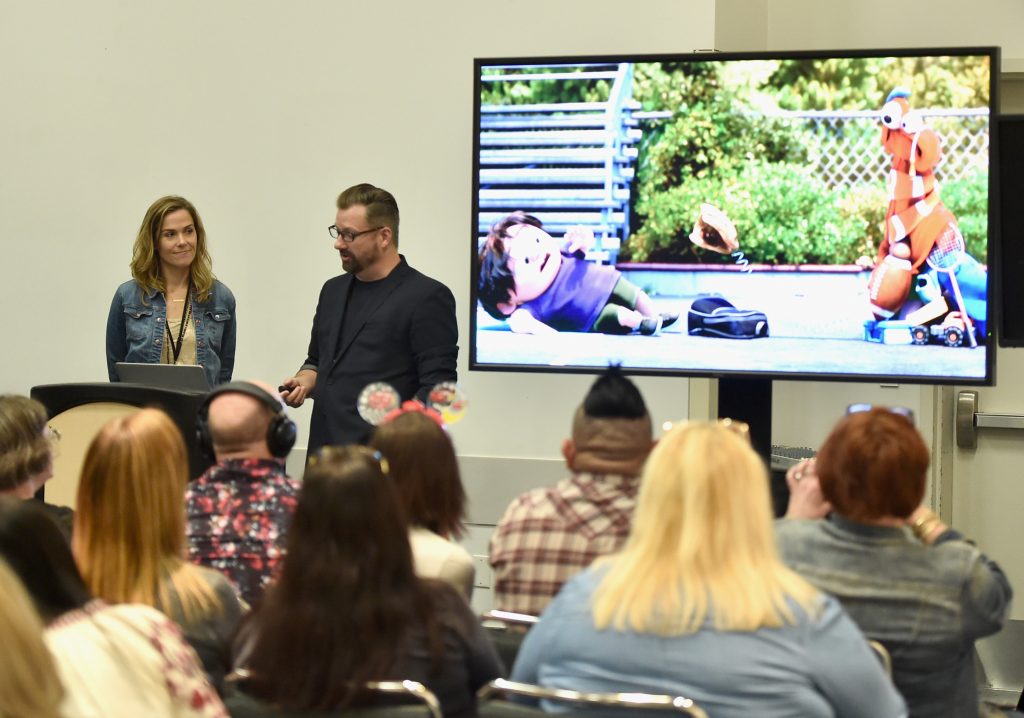 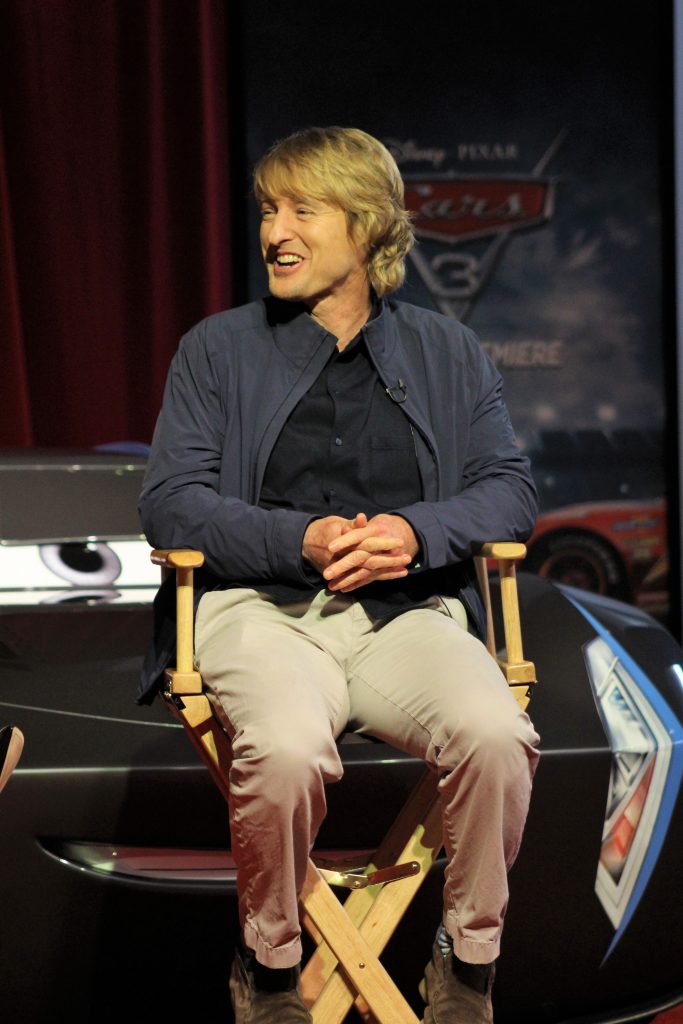 Owen Wilson (Lightning McQueen) feels the animators’ skill at infusing human-like characteristics into the characters of Cars (how they move, their expressions, etc.), helps really bring these characters to life. 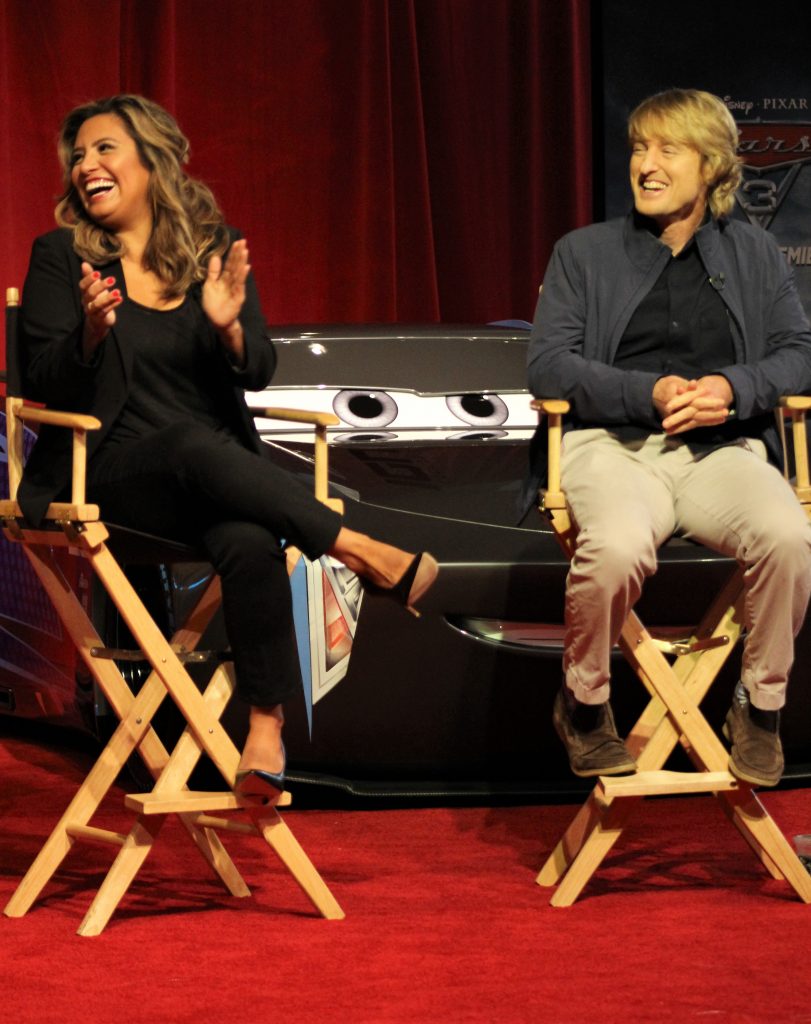 One major theme in Cars 3 is mentorship, a theme Wilson finds incredibly important. Cars 3 helps send the message that everybody needs encouragement, and that ultimately we are all part of a community that helps one another out. 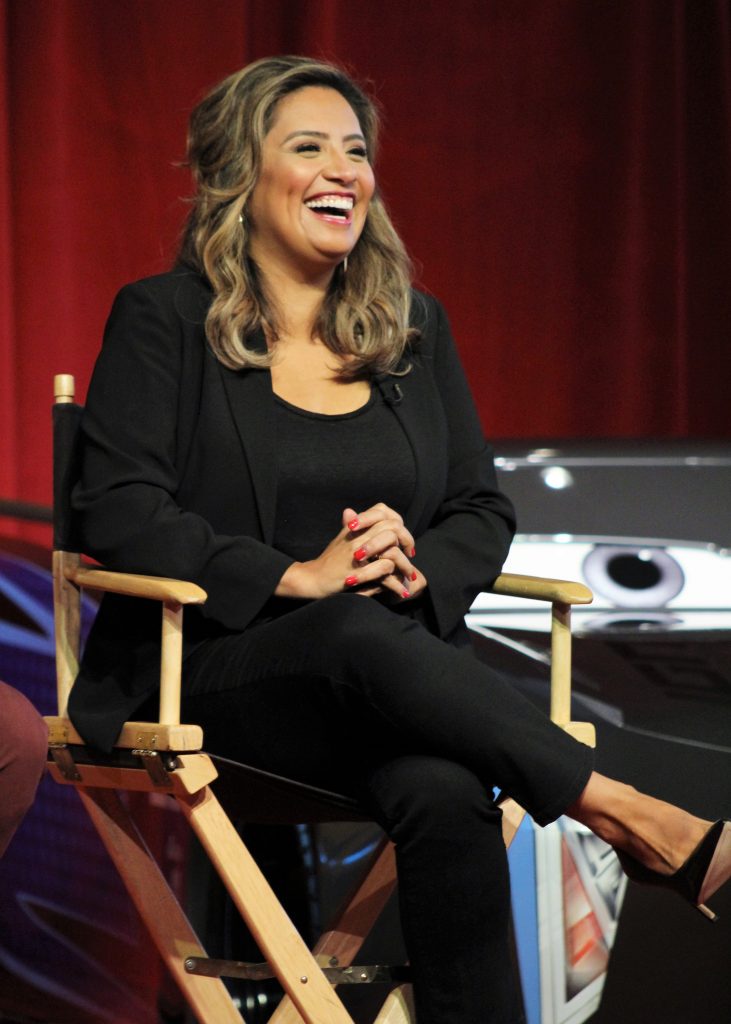 New to Cars 3 is the character Cruz Ramirez, voiced by Cristela Alonzo. Alonzo loves how relatable Cruz is to both boys and girls, and that even when she is filled with doubts about herself, she continues to strive to be the best that she can be. Cruz instead likes to “forget the doubts and try her best and see what happens”. Cruz is a character that shows children that it doesn’t matter what your background is, but rather what matters is that you work hard and do your best, and in the end you will end up winning. And as somebody who grew up in a poorer area of the country, Alonzo touched upon how she hopes this movie doesn’t just inspire girls that they can accomplish anything, but also inspire all children with various socioeconomic backgrounds. 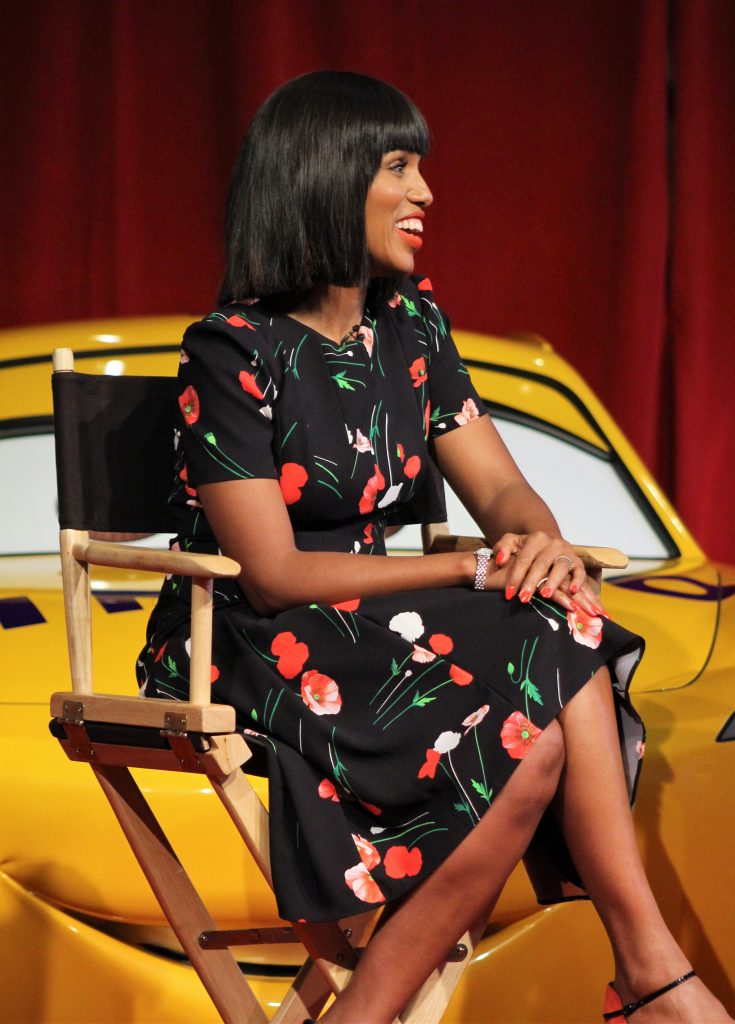 Kerry Washington (Natalie Certain) loves that Cars 3 includes many female characters that are brave, smart, courageous, and yet humble. 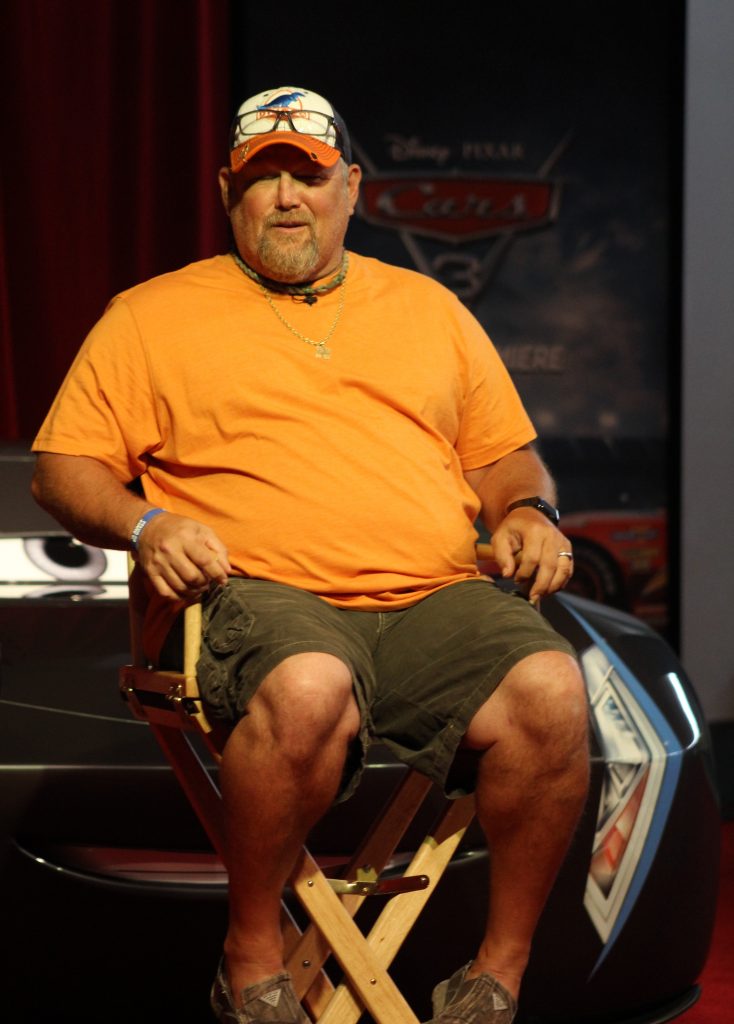 Larry the Cable Guy (Mater) talks about how his character is a loyal and loving to his best friend Lightning McQueen:

“I think a lot of ppl would like to have a neighbor like Mater. He’s dependable, and he’s lovable and sweet. He may not be the sharpest fork in the knife drawer, but he’s a faithful guy. And that’s what everyone would like to have. It’s kind of cool to see the progression through the movies. You know, they’re growing old, just like everyone else.” 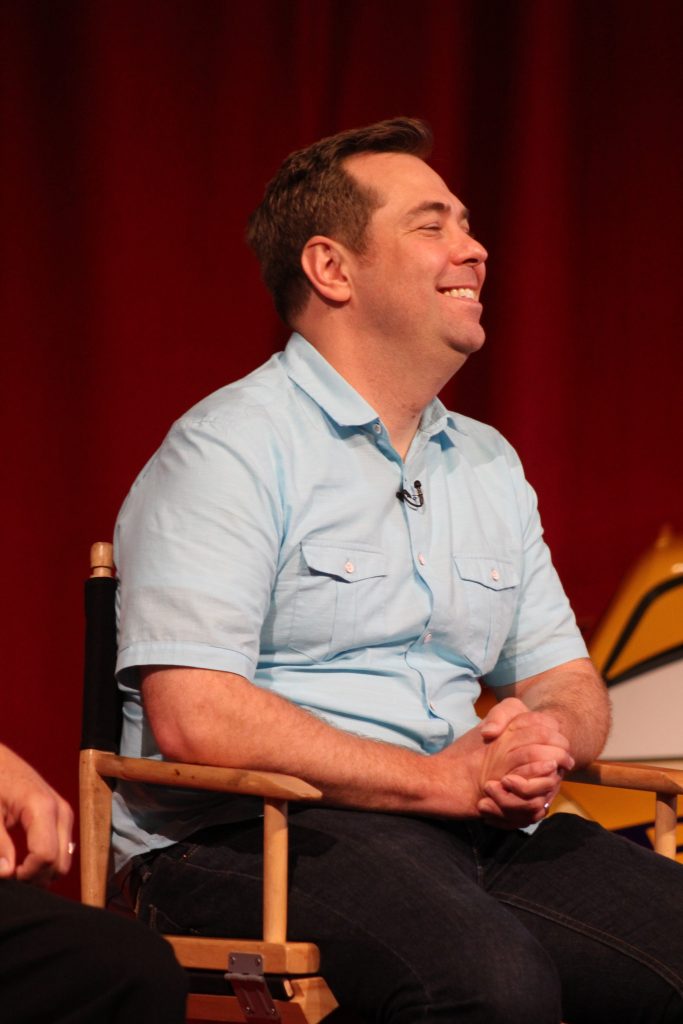 Director Brian Fee feels that it’s the characters, and that when audience members can feel they relate with a character that’s what they take away from a movie the most. The actors bring so much life into the characters of Cars 3, with Fee talking about how when he allowed actors to have fun and play around with lines in the recording booth is really when “the magic happens”. They would often go back and re-write pages in the script to accommodate some wonderful additions made by the actors to their characters. 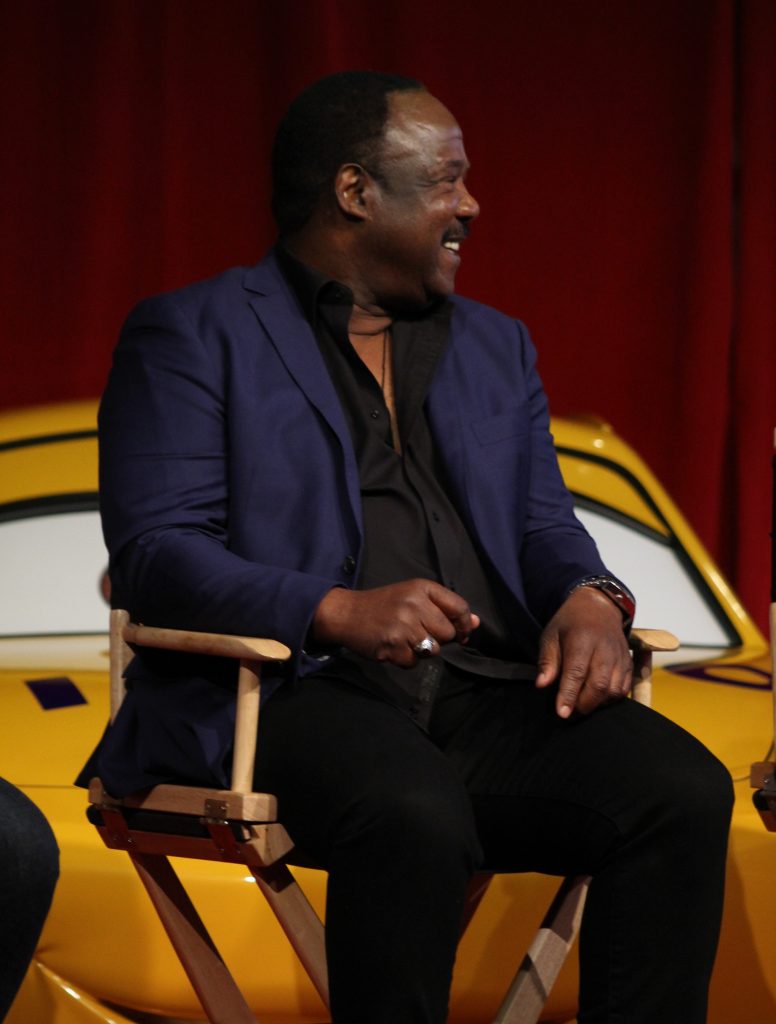 The theme of pursuing your dreams despite obstacles, or people telling you something can’t be done because of where you come from, continues with Isaiah Whitlock Jr.’s character Wendell “River” Scott:

“I really feel that we need to pay attention to a lot of the pioneers, a lot of the people who have come before us. And some of the struggles. Especially, with my character that I play, Wendell Scott. We need to pay attention to that to see where we are today. I know with Wendell “River” Scott, who I play, he did not have the sponsors and the equipment. And especially racing in the segregated south, there were so many obstacles, and yet he was able to persevere. I think that is the key word, ‘persevere.’ And overcoming a lot of the obstacles to be successful.”

Disney & Pixar Cars 3 is coming to theaters June 16th! Be sure to stay tuned for a spoiler-free review on The Healthy Mouse!