In late January, I was able to see Marvel Studio’s Black Panther at Walt Disney Studios. An incredible place to be able to see the film – a historical location, seeing (what I feel) will be a historical movie. In the theatre, you could feel the audience’s energy and buzz of excitement throughout the film. It was one of those movie-going experiences that you will always remember! A movie experience where you know that yourself and those around you are in awe of the cinematic experience!

The memorable evening at the movies made me more than eager to attend the Black Panther press conference, with the majority of the cast in attendance:

The conference moderator Nischelle Turner experienced the excitement of Black Panther after also seeing it the evening before, and wanted to know if the actors knew how big Black Panther was going to become in the Marvel Cinematic Universe (MCU). 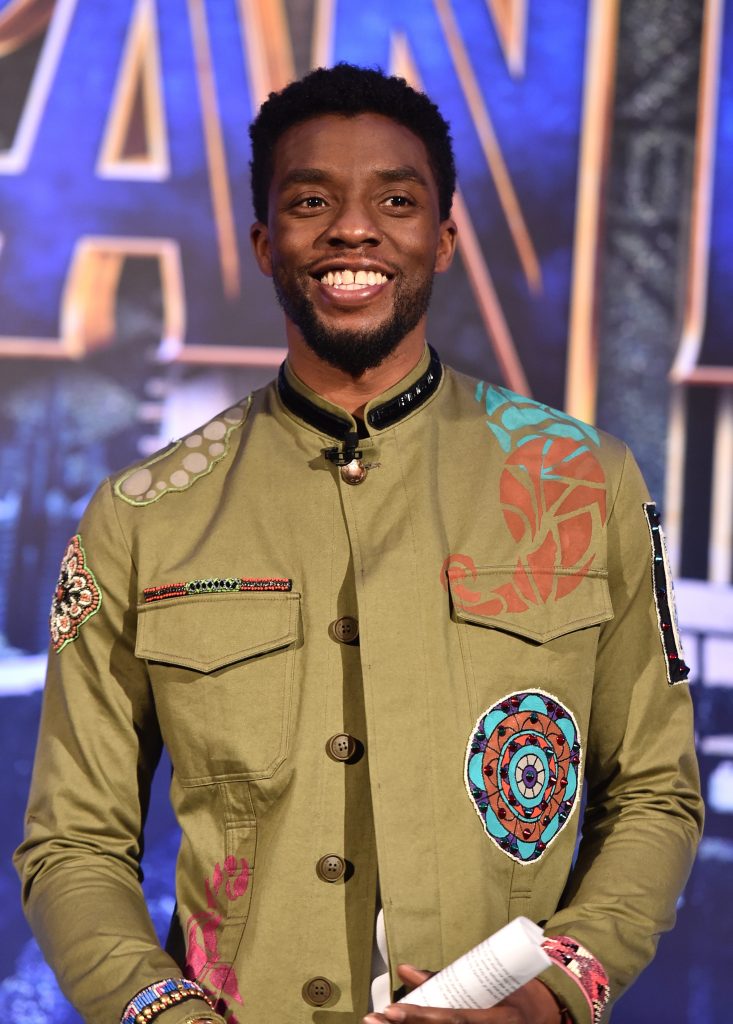 Chadwick Boseman said once he got the call from Kevin Feige that they wanted Black Panther to be a part of the MCU, he knew the character’s role would grow far beyond his part in Civil War.

“When I was shooting Civil War, I was not aware that other people weren’t aware that this was going to happen [having a standalone movie], becuase it was at the forefront of my mind…(cont’d) I love the fact that it’s a surprise to people.” -Chadwick Boseman

Ryan Coogler shows his directing chops with Black Panther, Forest Whitaker having worked with him in the past, felt he was someone who would do great things. Whitaker’s words show how Coogler had the capability and talents to help create a film with such powerful messages:

“I knew it from the moment that I met him, when he started to express himself, I could feel what he wanted to communicate to the world, and how he wanted to touch the world, at it was a really powerful thing to see. And then I think when he started to talk to me about his ideas – at that time, he was in school, I remember thinking, this person, if he’s given the right space he’s going to do something that can change our lives in some way.”  -Forest Whitaker

Coogler was able to bring an empowering film to life, that not only is already touching audiences, but the cast as well:

“I couldn’t describe that feeling before actually sitting down and watching that film. And seeing yourself on-screen – not me personally, but people who looked like you – empowered, and having those socially relevent themes, but in a movie that you want to sit down and watch, and you can enjoy, that Marvel does so well.”  -Michael B. Jordan

It seems Black Panther is exactly the type of film Coogler aims to direct:

“I love not just comic books, but I love pop culture. I love toys, action figures, video games, all that stuff. When I got older and realized I wanted to make movies, that’s how I fell in love with internationalism, and cinema that left you with something to chew on, with something to think about. But I never fell out of love with those types of films, those types of stories. And I think the best versions of those stories do both things.” -Ryan Coogler 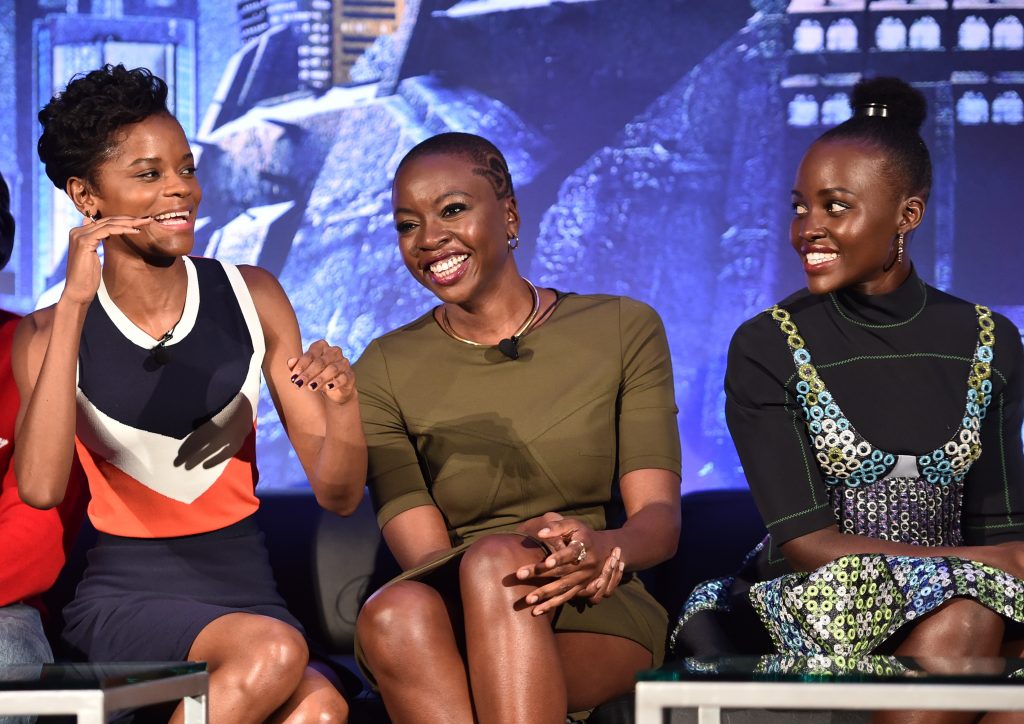 An incredible aspect of Black Panther is hands down the women of Wakanda! They are all strong, smart, beautiful, and are respected just as equally as the men of the film.

“I’m so pleased that this story, written by Ryan [Coogler] and Joe Robert Cole and Marvel, that it supported that [women playing powerful roles]. You know, in African culture, they feel as if there is no king without a queen. [Cont’d] I think in this story, it highlights the queen, the warrior, the general, the youn sister.” -Angela Bassett

“What I love about it [the film] with how it was written is that the men are always behind the women, as well. So no one’s undermined – the men aren’t saying “You shouldn’t be in technology, you shouldn’t be in math.” T’Challa is like, “No, go ahead.” [cont’d.] That’s the mentality of the king and that’s brilliant. So everybody’s got their own lane.” -Letitia Wright

Danai Gurira speaks about how the film was particularly meaningful to her in how it represented African nations:

“…I’m Zimbabwean and being that that’s something you always kind of want, you see the power and potential of where you’re from, but you see how skewed it’s viewed by the world and how misrepresented it is and how distroted it is or received by the world so often…[cont’d.] It’s kind of a salve to those wounds to see this world brought to life this way and to see all the potential and power of all of the different African culturalisms and aspects of our being that was celebrated and it’s so different. It’s a birth of things that we’ve been seeing forever around the continent that we see when we’re there. We see beauty, we see power, we see potential, we see ability, we see resources, but they are never exhibited and then to put it on sort of a Marvel epic scale of exhibition….it really salves wounds in a really deep way.”  -Danai Gurira 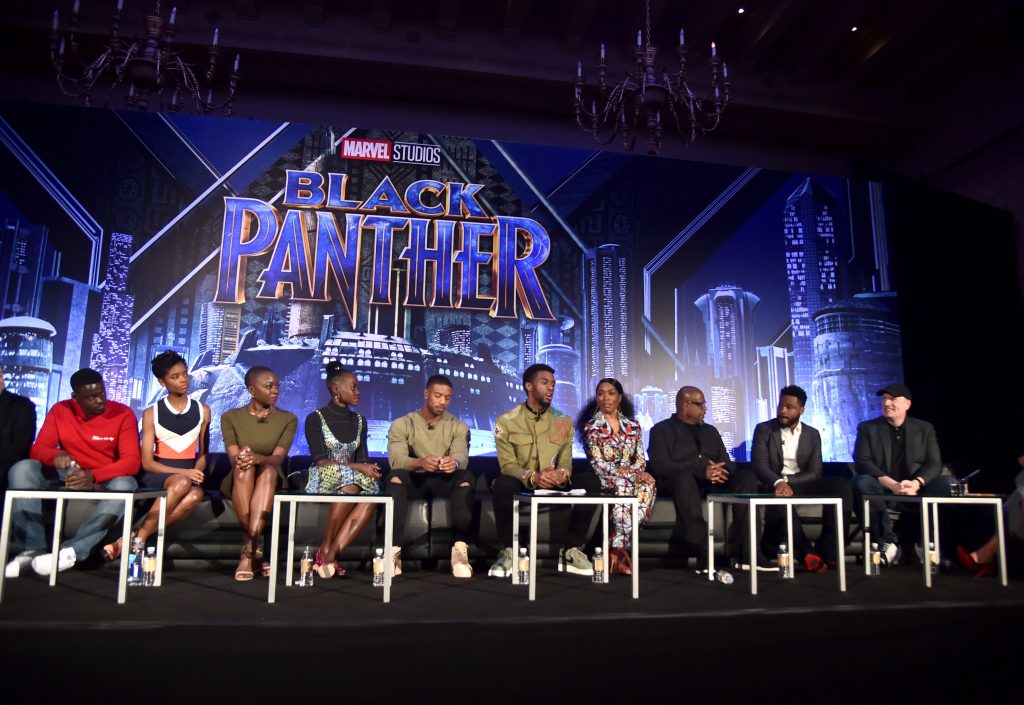 Black Panther is in theatres beginning February 16th, you can find tickets for purchase here.