The Black Panther. His appearance was highly anticipated ever since it was announced he would be featured in Captain America: Civil War. The character has been an important icon to the Marvel Comics brand ever since his introduction in the mid-1960s, and the first film featuring the legendary African warrior has been on many lists of anticipated films of 2018.

Following the events of Captian America: Civil War, the African nation of Wakanda mourns the loss of its king, as T’Challa (Chadwick Boseman), the late king’s son and the current holder of the Black Panther title, prepares to ascend to the throne. While appearing as a third-world country to the rest of the world, Wakanda is actually highly developed and technologically superior to all other nations, due to its natural resource of Vibranium, a highly valuable material previously seen as the indestructible metal that comprises Captain America’s shield. Torn between keeping the truth of Wakanda secret and safe and sharing their resources and technologies with the rest of the world, T’Challa struggles to determine what sort of king he should be in his father’s absence. When the criminal arms dealer, Ulysses Klau (Andy Serkis), resurfaces in league with Erik “Killmonger” Stevens (Michael B. Jordan), a renegade black ops solider with an obsession with Wakanda, T’Challa must overcome his fears, his doubts, and the past transgressions of his father and ancestors to determine if he is worthy of the mantle of Black Panther. 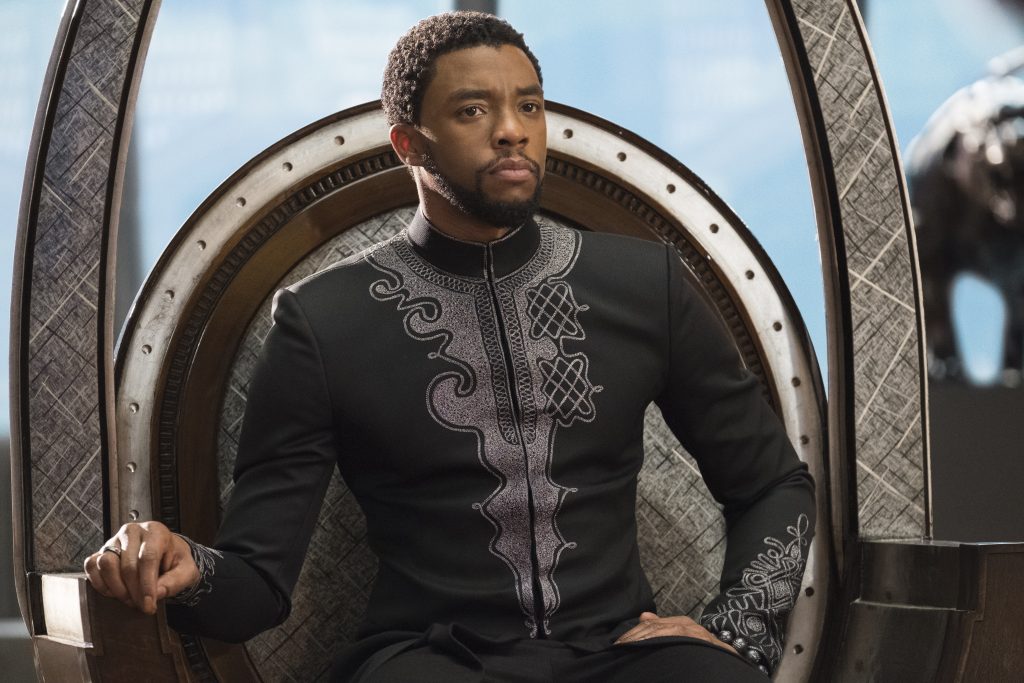 The film is absolutely stunning with each action sequence and set piece, ranging from high speed chases through the neon-studded streets of Korea, and full battlefield scenes in the plains of Wakanda, combining the fictional nation’s traditional armory with futuristic super-technology. Stealing the show in much of these scenes is Danai Gurira as T’Challa’s head of security and bodyguard Okoye, who is given the bulk of the impressive fight choreography and plenty of “hero shot” moments. 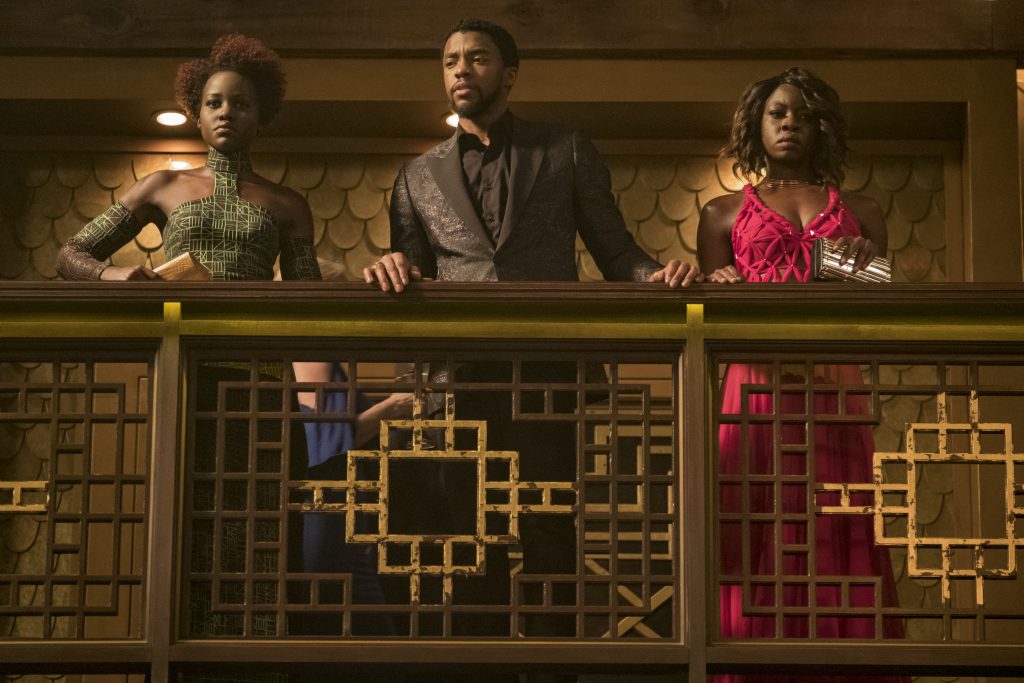 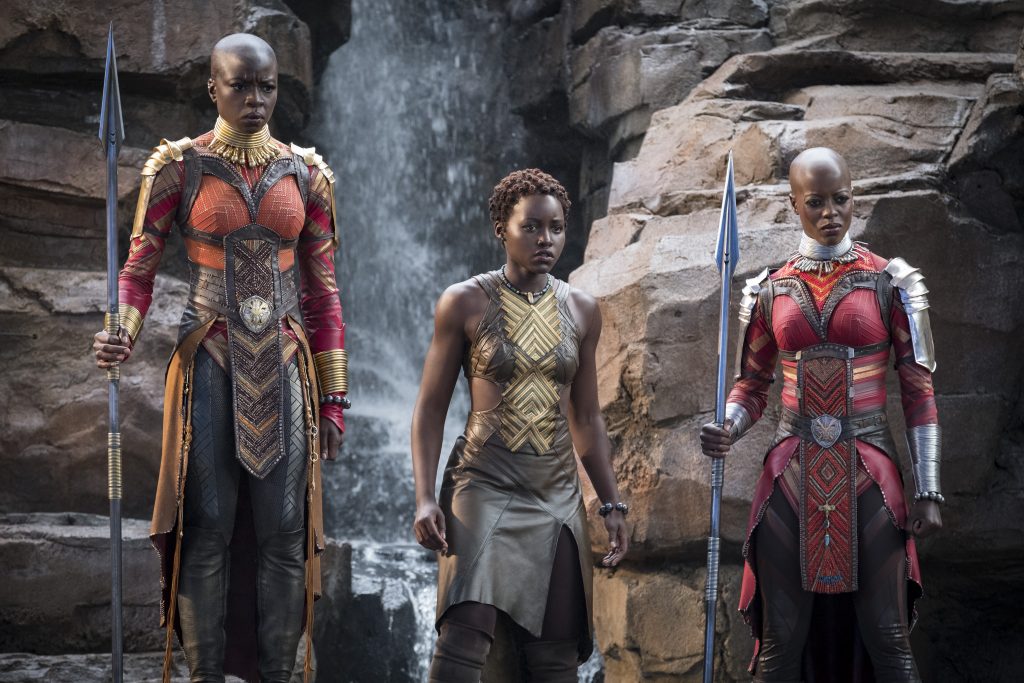 And although Boseman is strong enough to carry the film by himself, the film thrives with its supporting cast, featuring a combination of veteran actors and up-and-coming talent like Forest Whitaker, Lupita Nyong’o, Daniel Kaluuya, and Letitia Wright. Particular attention has to be brought to the film’s villain, played by Jordan. Comic book films have an unfortunate tradition of bland, generic villains, which Erik Killmonger breaks from completely. While keeping the character a villain, Jordan’s portrayal brings wonderful depth to role insomuch that the audience may want his evil plot to succeed.

The film is also extraordianary in its unique portrayal of women and (somewhat) third-world nations. Although to the rest of the Marvel Universe Wakanda seems like a poor country of farmers, it is revealed to be amazingly advanced in science and technology, with gadgets and weapons rivaling Iron Man, bordering on magic seen in the Thor film series. All of this futuristic technology is juxtaposed with traditional African aesthetics, with spears that shoot energy blasts and cloaks that turn into force field shields. At the center of this science, technology, and warfare are almost always the strong women with which T’Challa allies himself. His young sister is presented as the most intelligent scientist in Wakanda, and his royal guard is comprised completely of spear-touting women. All of this is shown with no explicit commentary or considered unusual by any character. 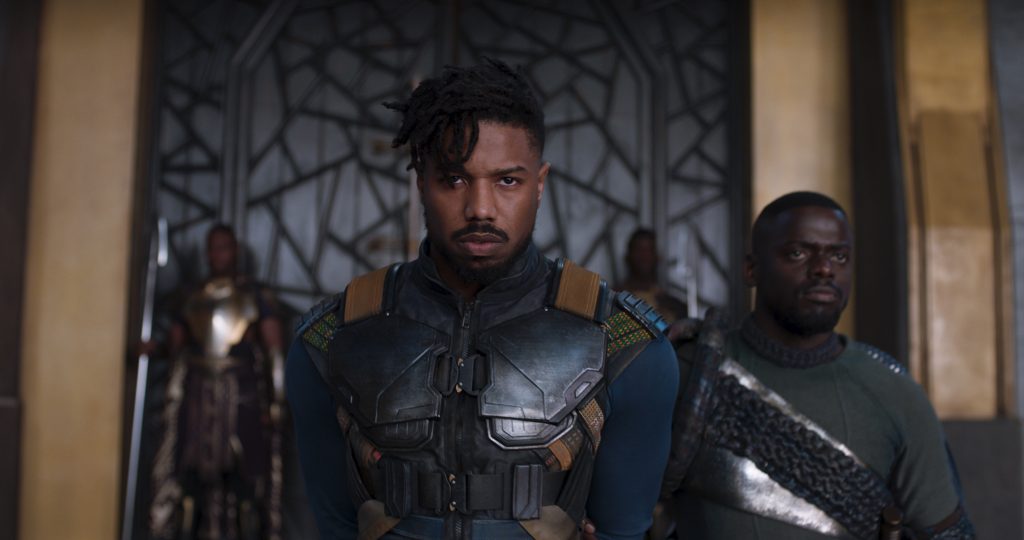 As one of Marvel Studios’ most anticipated films, Black Panther definitely delivers. All totaled, it succeeds on the level of a popcorn blockbuster flick, as well as a pertinent commentary on political issues of today, such as the virtues and dangers of isolationism and foreign aid. Black Panther is unique in that it is able to show representation of women and people of color simultaneously in one film, and it is sure to make a big leap in film history and set a new standard for filmmaking.