My Experience Attending the Aladdin World Premiere in Hollywood

To quote 1992 Princess Jasmine herself: “It’s all so magical!” That’s what I kept thinking over and over again last night at the World Premiere of Disney’s Aladdin in Hollywood! The last premiere I attended was for Dumbo, which was also an amazing experience. But what’s so great about red carpets is that no two are alike, and you walk away with a unique magical story from each one. The premiere screening was taking place at the El Capitan Theatre, Disney’s theatre in Hollywood that’s always perfectly decked out for each new film release paired with its art deco architecture. Before entering the theatre, there was a regal purple carpet all along Hollywood Boulevard. 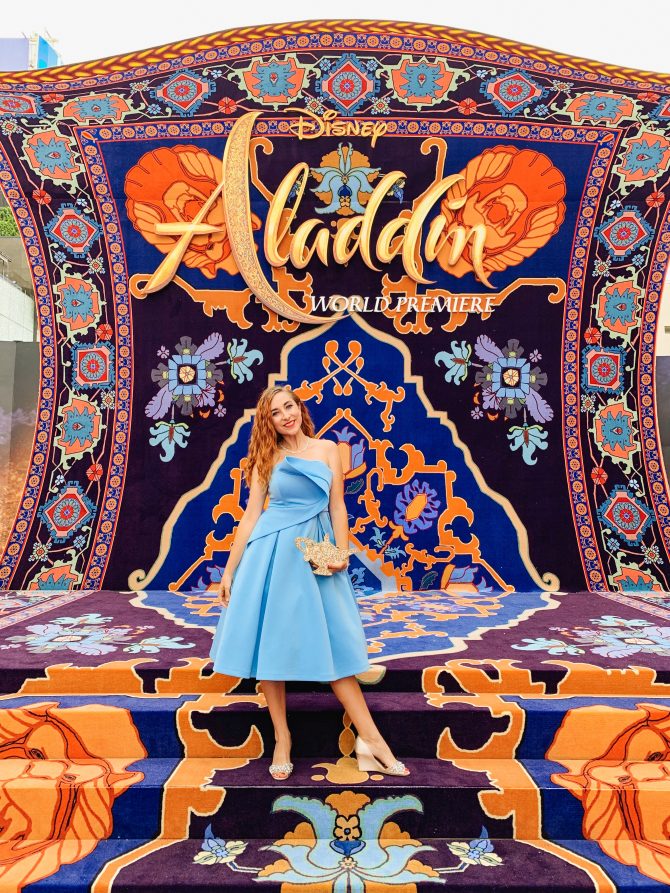 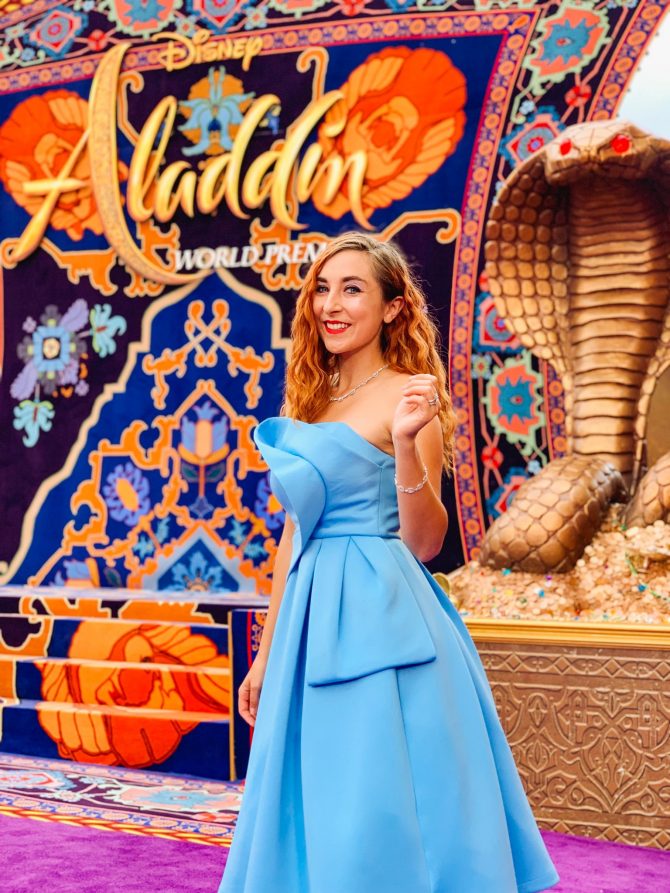 Upon entering the carpet, I got chills upon seeing the huge magic carpet with the words “Aladdin World Premiere”! After taking a few purple carpet photos and before it was time to head into the theatre, you could see the stars of the film, along with other special guests being interviewed at the press line. I was able to meet and take a picture with Scott Weinger, who was the voice of Aladdin (and Steve on Full House/Fuller House) in the 1992 film! He was so incredibly nice. Being a huge Disney and longtime Full House fan, this was a “I need to pinch myself” moment: 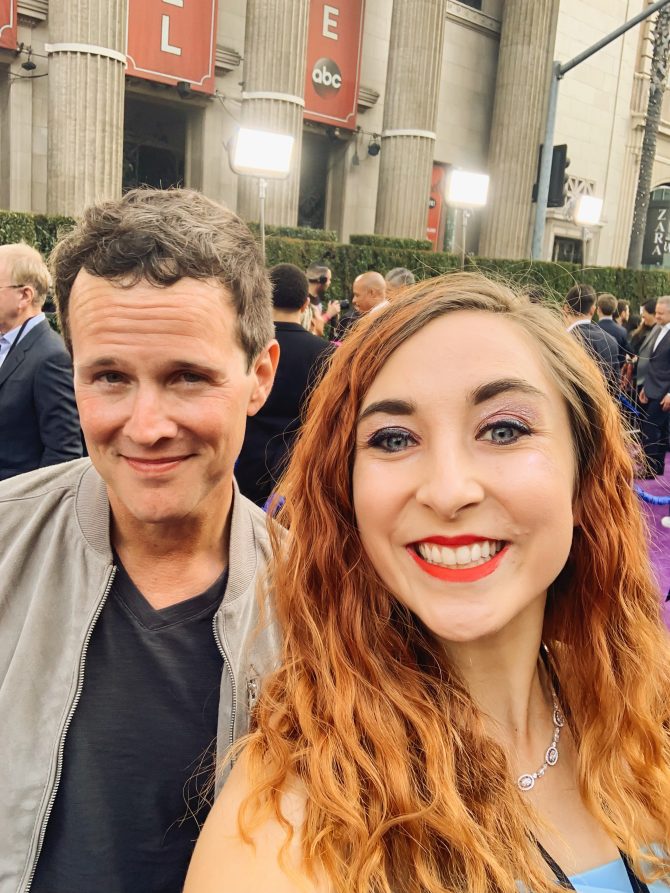 We then entered the theatre under the big iconic El Capitan marquee, with a special screen for the premiere: 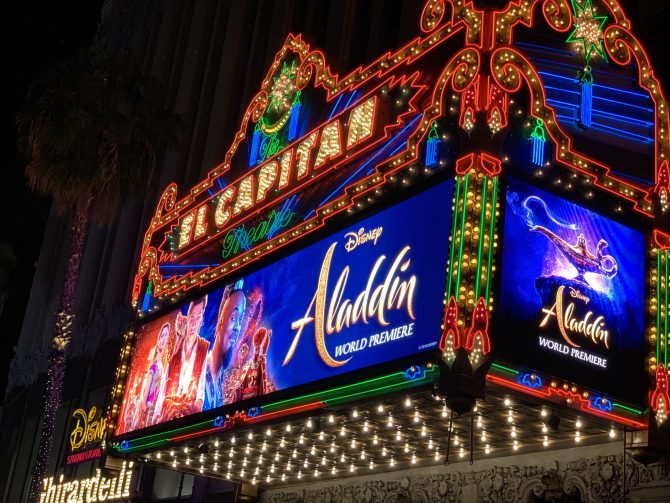 The theatre was packed with excited Disneyphiles and the cast and creators of the film. Seeing Aladdin with such an excited audience made the experience of seeing the film all the more magical! You could feel so much energy in the theatre. After the movie, we walked next door to the historic Hollywood Roosevelt hotel, where the premiere after party was being held.

The lower level of The Hollywood Roosevelt was completely transformed, with costumes from the movie on display, special activities like creating sand art or Aladdin-themed friendship bracelets were happening, and of course some cute photo ops. Throughout the party, you could spot the cast and creators of the film, like Guy Ritchie, Will Smith, and Mena Massaud. My friend Sarah and I were able to meet Nasim Pedrad, who is so incredibly talented and kind! 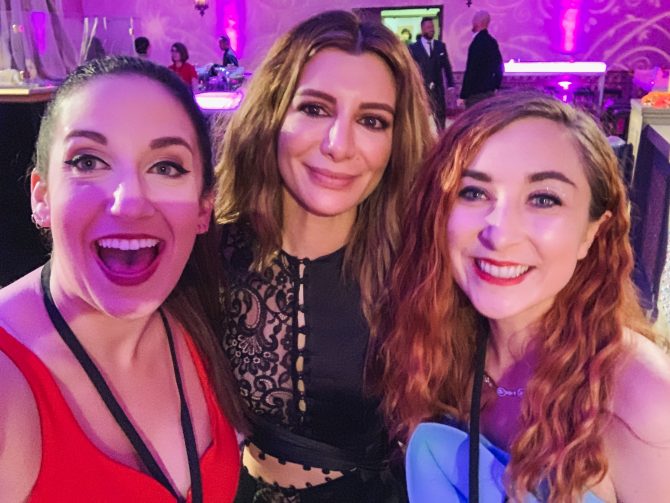 It was definitely an evening I’ll never forget. As a child, I always dreamt of attending a Disney premiere, and when I started my blog it was a goal of mine, but wasn’t sure if it would ever come true. Being able to attend the Aladdin World Premiere felt like a great reward for the work and dedication I’ve poured into my blog, and concrete proof that dreams we wish for can come true. (If you’ve read my blog for awhile, you know I’m sappy and sentimental, I can’t help it) You can read my post on interviews with the cast and creators of Aladdin here. 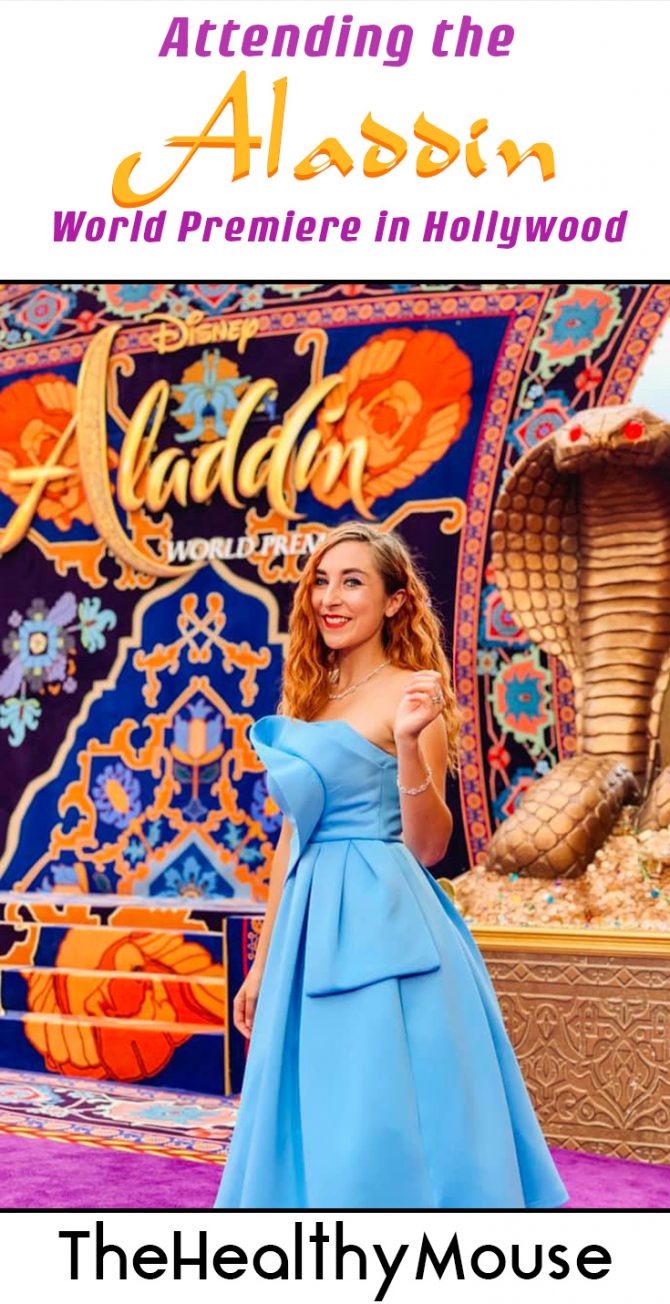