Disclosure: I received tickets and Express pass to Universal Orlando Resort complimentary, but all thoughts and opinions are my own.

Everything You Need to Know About Visiting Universal Orlando Resort Parks

Islands of Adventure: Must-See Attractions, What to do With Kids 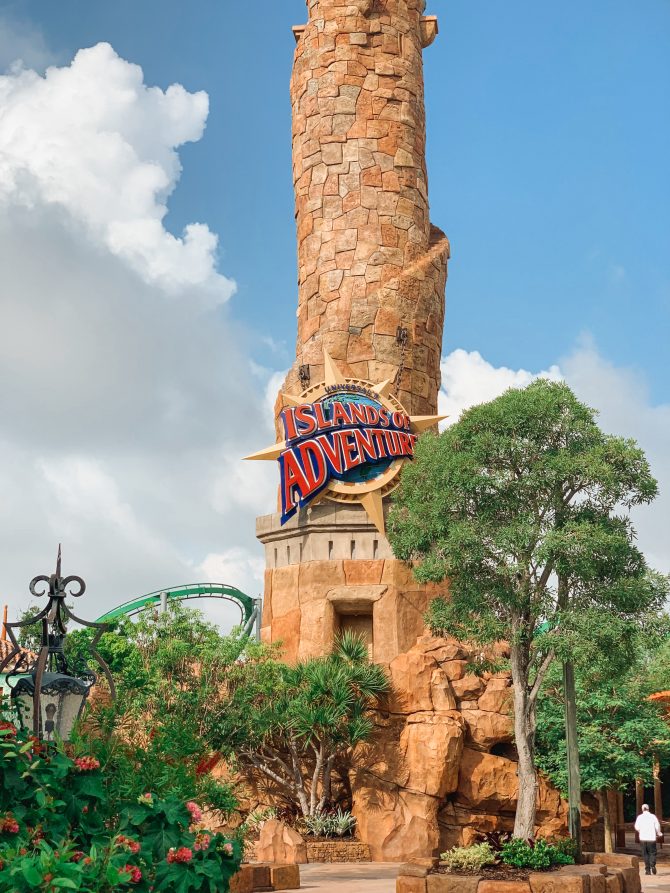 Right off the bat I was I was blown away by the size and attraction offerings in Orlando! Islands of Adventure has different “islands” throughout the park, themed to a different movie or IP. These include: 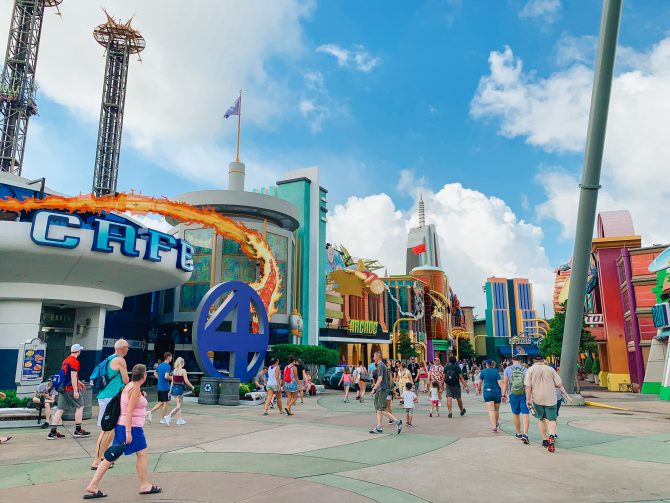 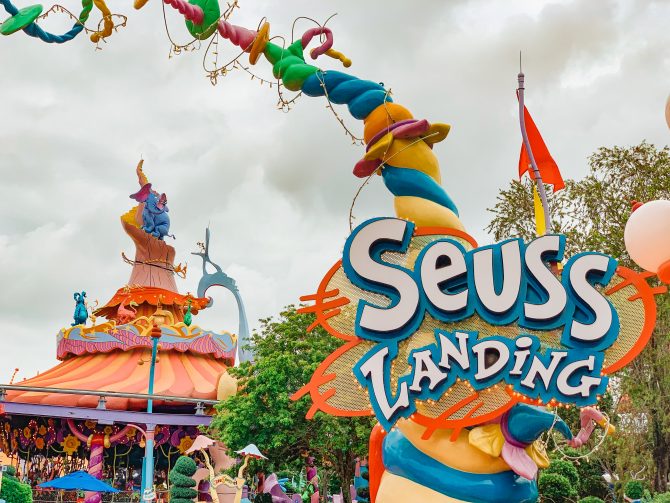 These were my personal favorite rides, and what I would have on my Must Ride List:

Best Attractions for Kids at Islands of Adventure: 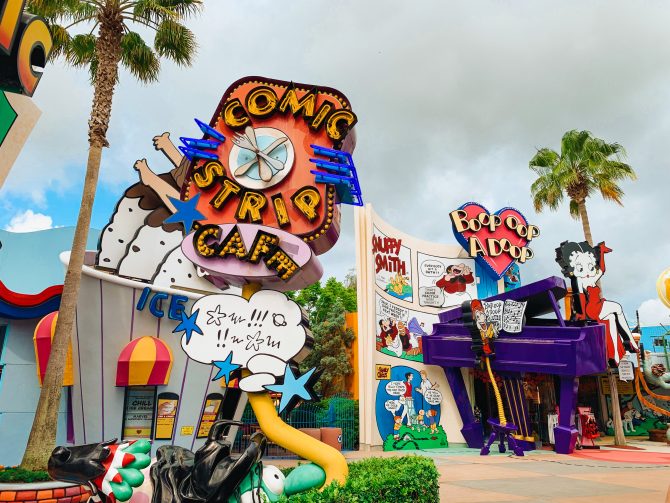 And of course in addition to these attractions, there’s character meet-and-greets and amazing shops and treats!

Universal Studios Florida: Must-See Attractions, What to do With Kids

My Must Visit Attractions: 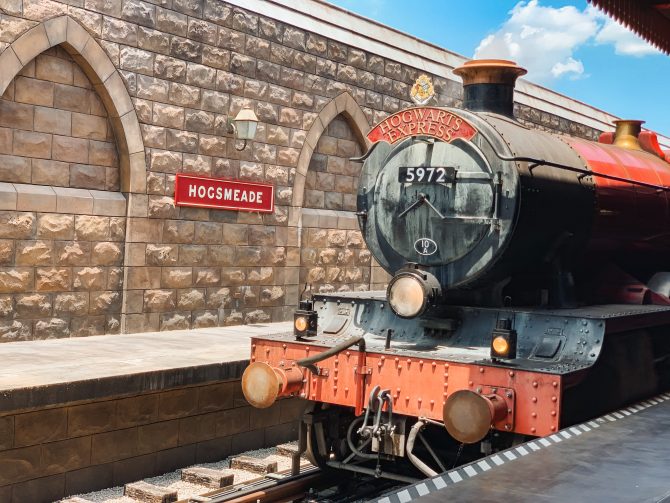 I spent about a day at Universal Studios Florida, with the majority of the time visiting Diagon Alley, since there’s so much to see in that area!

Once you have the Universal Express Pass on your ticket, you can use it as many times as you like – it’s unlimited! If I was visiting again, I think I would definitely add it on. We were able to go on all the attractions in a day easily, since we never waited more than 15 minutes for a ride. It really allows you to see so many attractions, or even ride your favorites twice (with the Universal Express Unlimited), with plenty of time leftover to eat at restaurants, shop, or taking in the immersive themed areas of both Islands of Adventure and Universal Studios Florida. You can learn more about Universal Express Pass here.

Benefits of Staying On Property While Visiting Universal Orlando Resort 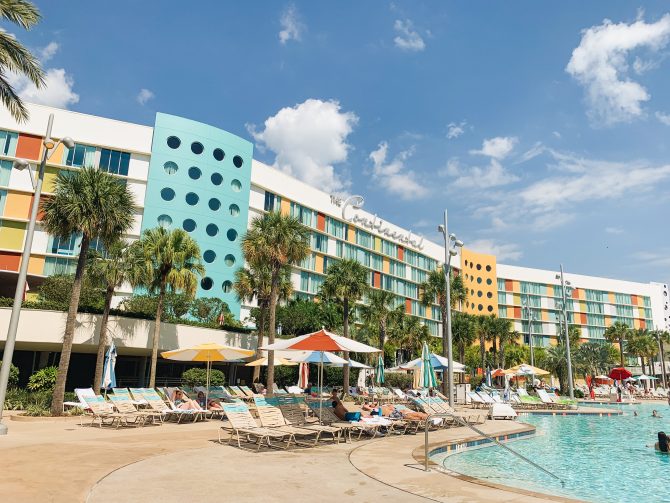 If you stay at a Universal Orlando Resort hotel, visiting the parks is a breeze! We stayed at Cabana Bay Beach Resort (read my full review and look at the amenities here). At the hotel, you can purchase tickets or make dining reservations in the lobby. And of course the staff at the hotels know Universal Orlando Resort inside and out, making it easy to plan your day.

The hotels have complimentary shuttles that run every 10 minutes, which take you to the Universal Orlando Resort entrance, which has access to Universal CityWalk, Universal Studios Florida, and Islands of Adventure. The shuttle ride is very quick, 10 minutes or sometimes less depending on traffic. 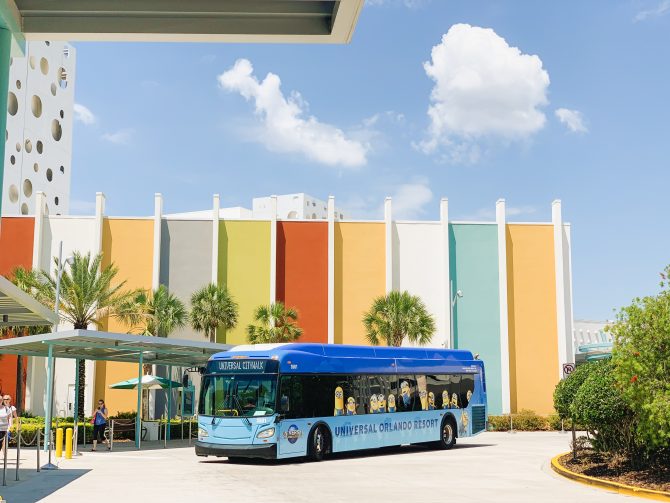 Another benefit of staying on property is early access to the parks! Universal Orlando Resort hotel guests can get early entry into Volcano Bay (their water park) as well as Diagon Alley at Universal Studios Florida. Since Diagon Alley is one of the most popular attractions, having the early access to ride the rides and see the sites with fewer crowds is a huge plus!

You can start planning your Universal Orlando Resort vacation by visiting their site here.