Earlier this week, I shared about the amazing interview panel I attended in Orlando when I was invited to the Toy Story 4 press junket in Walt Disney World. On the panel was Tom Hanks, Annie Potts, and Tony Hale. Right before that, I was able to get some more insight about creating Toy Story 4 from an interview panel with director Josh Cooley, producers Mark Nielsen and Jonas Rivera, actors Christina Hendricks (Gabby Gabby), Keanu Reeves (Duke Caboom), and Buzz Lightyear himself Tim Allen!

Coming Back for Toy Story 4 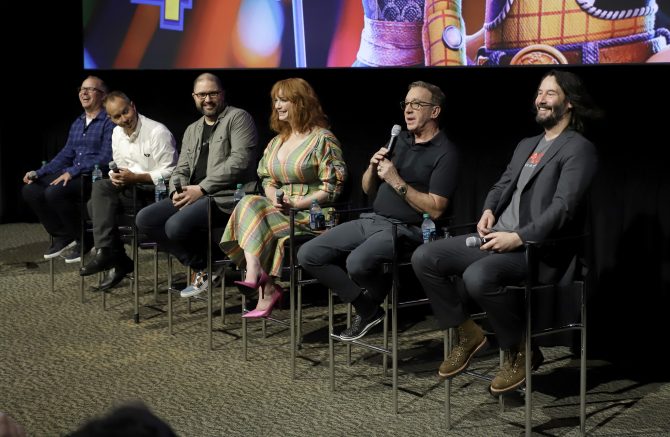 At Pixar, they didn’t take the task of creating Toy Story 4 lightly, since the films are so beloved by all ages. As Nielsen put it, “It’s in the DNA of this place. We knew it had to rise to the level of the other ones.”

Director Josh Cooley shared that it took many sleepless nights to create the film. While many have wondered why there is a fourth movie when fans were happy with Toy Story 3, Cooley elaborated that Toy Story 3 was the completion of Woody and Andy’s story, whereas Toy Story 4 is the completion of Woody’s story. With there being another film nine years later, it’s left many fans wondering if we could be surprised yet again and have a Toy Story 5? Rivera feels confident this is the last film:

“This was the final chapter. And as filmmakers, to be honest, we feel satisfied that this is where you can end it. Now there’s an implied future to all these films and we sort of never say never at Pixar. But as storytellers, we’re satisfied with this as the closing of the chapter.”

In the antique store setting of Toy Story 4, we meet characters Duke Caboom and Gabby Gabby. Christina Hendricks adores her character, and loves the way she will make people think, “Maybe you don’t like someone at first. But how did they get there and why are they there and understanding their story. So I think she’s very special in that way.” 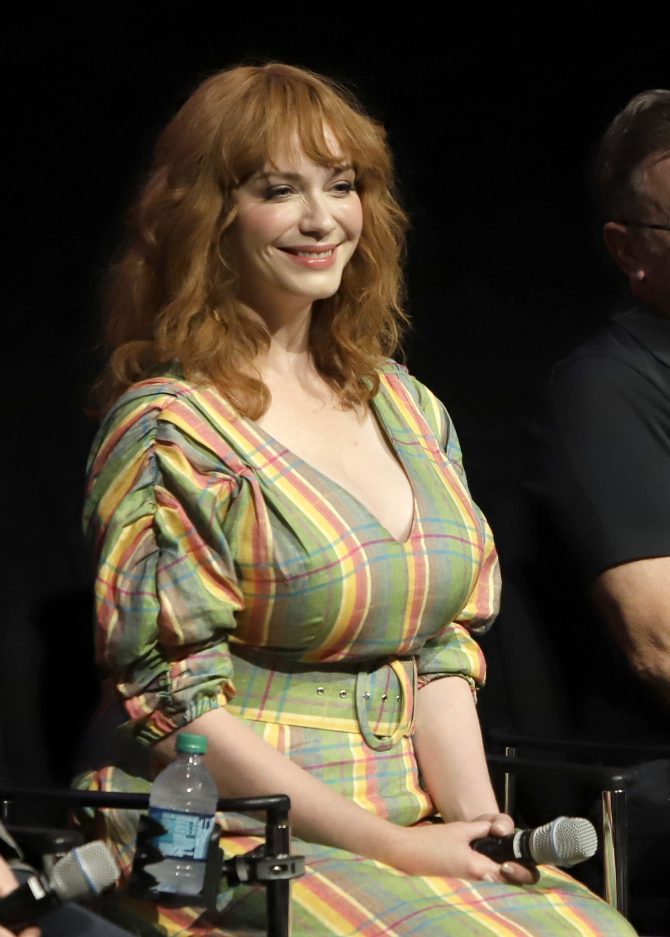 When she was first reached out to to play Gabby Gabby, she thought it was somewhat of a joke! She was sure they were having three or so other actresses up for the role. She thought the team at Pixar did some weird background research on her, since she actually loves ventriloquist dummies (befitting for Gabby Gabby, whose best friend is Benson). Hendricks apparently wanted a ventriloquist doll her entire life, but her parents wouldn’t get it for her as a kid. As an adult, she now finally has one! 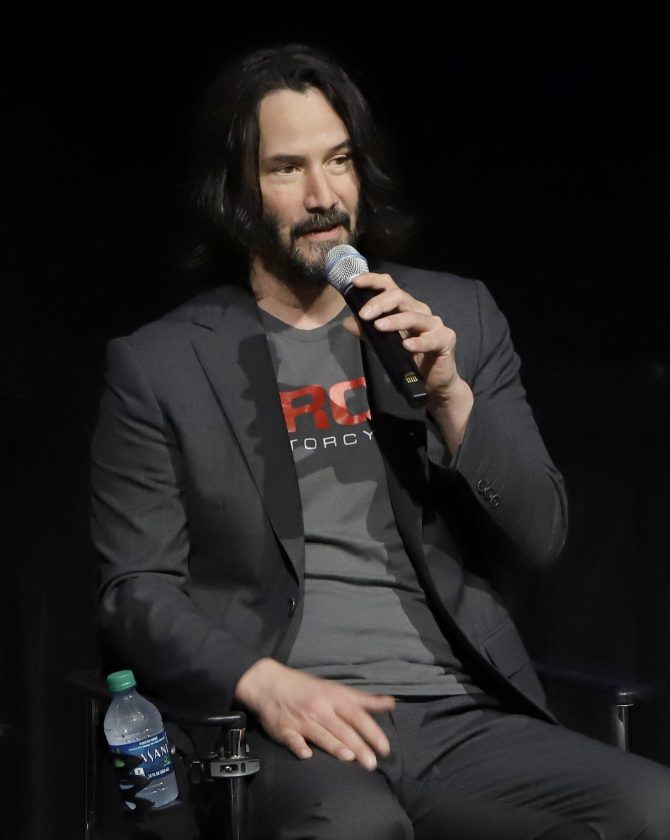 When Keanu Reeves was chosen to play Duke, Cooley and the producers didn’t even know it was his voice! When the casting department brings the director and producers recordings to listen to, they don’t want to see the names or headshots of who they are listening to. They just want to hear the voice without any preconceived notions. As soon as they heard Reeves’ recording, they immediately knew that was their Duke. Then after picking him found out it was Keanu! All the Canadians at Pixar were very excited about the character, and volunteered to animate the Duke shots, resulting in his character being animated almost 100% by Pixar’s Canadian animators. 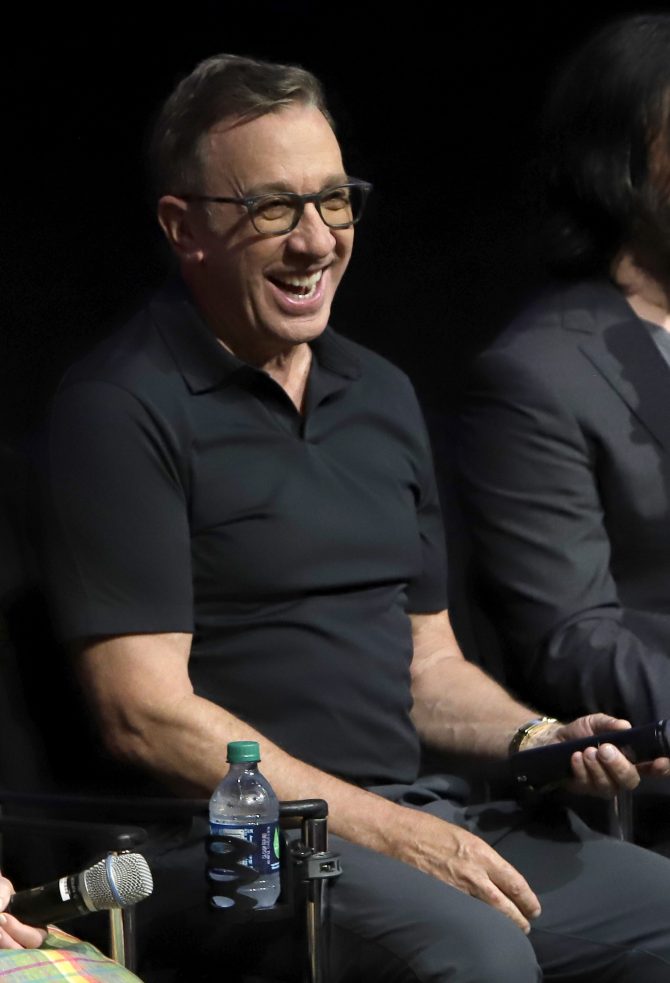 One person on this panel, an actual Disney Legend who has been a part of Toy Story since its beginning is of course Tim Allen, Buzz Lightyear himself. As a moviegoer, I feel an immense amount of nostalgia having seen every Toy Story film in the theatre. For someone who has played a part in the film since the beginning, I can only imagine how special and emotional being a part of the journey yet again must be to see how far Toy Story has come:

“The best part about this whole thing is the new guys, the new women, the new stories, the new characters. It really is the coolest part of this to see this whole family rise up. And I said this over and over again. There’s a theme park at Disney World based on this movie that we started 25 years ago. I saw the original tensor lamp film school done by John Lasseter. And I loved that computer animation. I saw this done to a terrific story that Pixar came up with. Back then I wanted these guys, I loved that story. I loved the story so much about how they get family, no family values.”

While Buzz has evolved and grown over the past 25 years, Allen says that at his core he has always remained the same authentic, kind hearted Buzz.

“And when I saw [many years ago], I think Buzz and Woody were on a pencil eraser at a McDonalds or something… as weird as it sounds, we’ve hit a high mark when you become an icon. I never thought of that. It never occurred to me and I’ll say it again. There is a theme park out here [Toy Story Land]. A theme park! I love theme parks. And a really, really good one and a really spectacular one that’s about this movie we started 25 years ago. I can’t describe except I’m honored and humbled to be a part of this thing.” 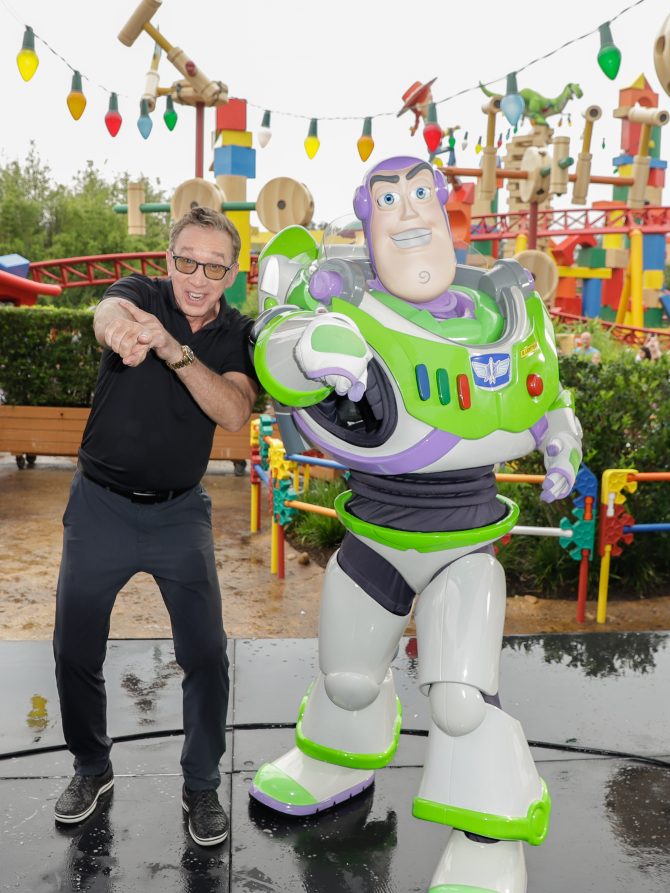 Toy Story 4 is coming to theatres June 21st! You can read my review, as well as see what my 4 year old thought of the movie here. Plus take a look at the experience of what it was like to attend the Toy Story 4 World Premiere! 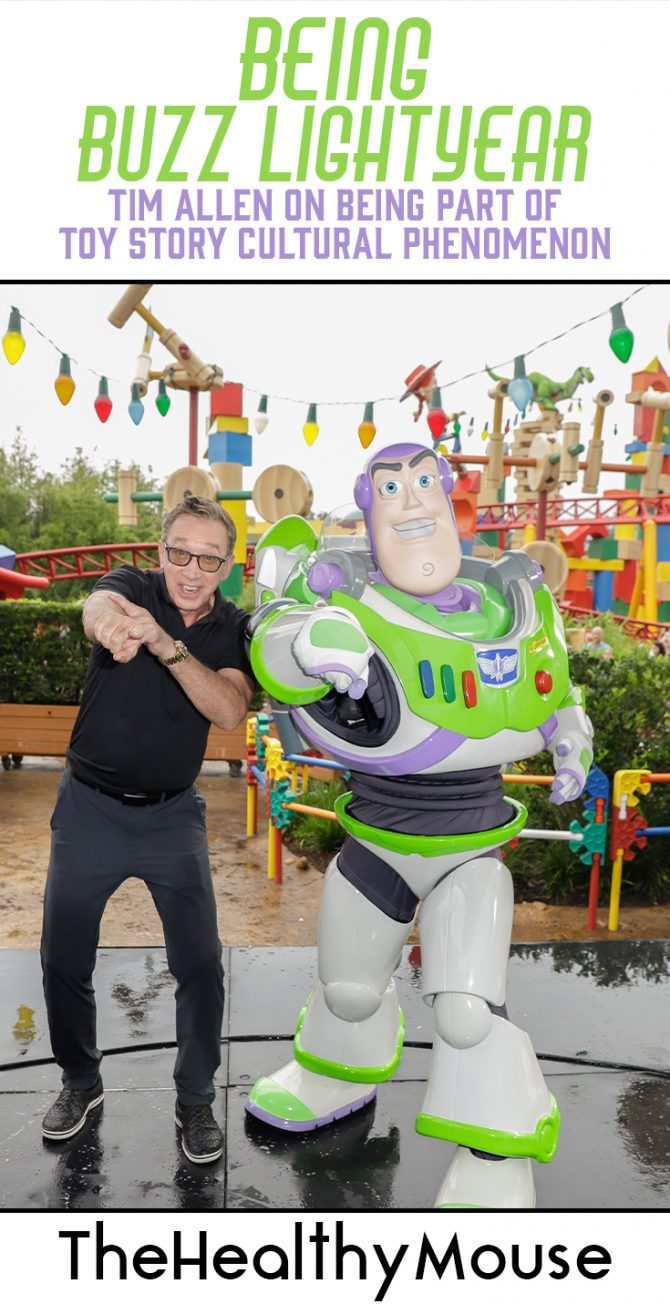