Disclosure: I received a review copy of this Blu-ray complimentary but all thoughts and opinions are my own.

Toy Story 4 is now out on Digital HD and Blu-ray, and perfect timing for the month of Halloween, as it inspired us to make our pumpkin carving themed to the film! One of the new characters introduced to the toy universe in Toy Story 4 that was an instant sensation was of course: Forky! My daughter has been in love with Forky since the trailers for the film first aired, making Forky versions of various Pixar characters as an at-home craft, to recently bringing a spork home everyday from her school’s cafeteria so she can make it part of her daily routine to create a Forky as soon as she comes home from school. It’s been pretty amazing to see how this spork come to life has inspired creativity in kids and adults alike!

Introduced in this summer’s hit Pixar film Toy Story 4, Forky quickly became the standout character of the story! Voiced by Tony Hale,  this spork was transformed into a toy by Bonnie, but he has trouble letting go of his past as garbage and accepting his new life as a plaything. Veteran toy Woody tasks himself with looking after Forky, making sure he doesn’t throw himself away and stays with Bonnie. Woody’s mission to keep Forky safe propels the two toys on an adventure, leading them to an antique store where Woody runs into a toy from his past, Bo Peep. By the end of the film, Forky has accepted his role as Bonnie’s favorite toy, although most of the world still confuses and bewilders him.

Forky’s childlike naivete and insistence that he is “trash” made him an instant favorite among fans of the series. The Pixar filmmakers loved the character so much, they couldn’t limit his story to the film alone and created a series of short films exclusively for Disney’s new streaming platform, Disney+. In the Forky Asks a Question series, Tony Hale reprises his role as Forky seeks to discover the answers to the questions he has in his new life, such as “What is money?” and “What is a friend?” 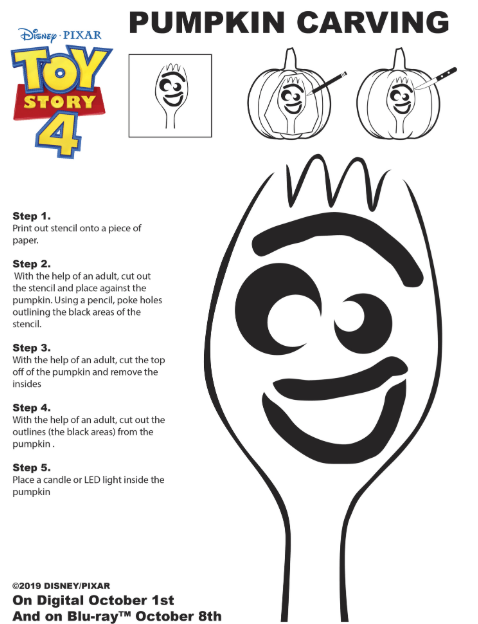 For Toy Story 4’s Digital HD and Blu-ray release, Disney created a free downloadable Forky pumpkin carving stencil. You can download and print the free stencil here. And if you have a smaller pumpkin to carve, you can just adjust the percentage of the scale it’s printed out in your printer settings! Happy carving! 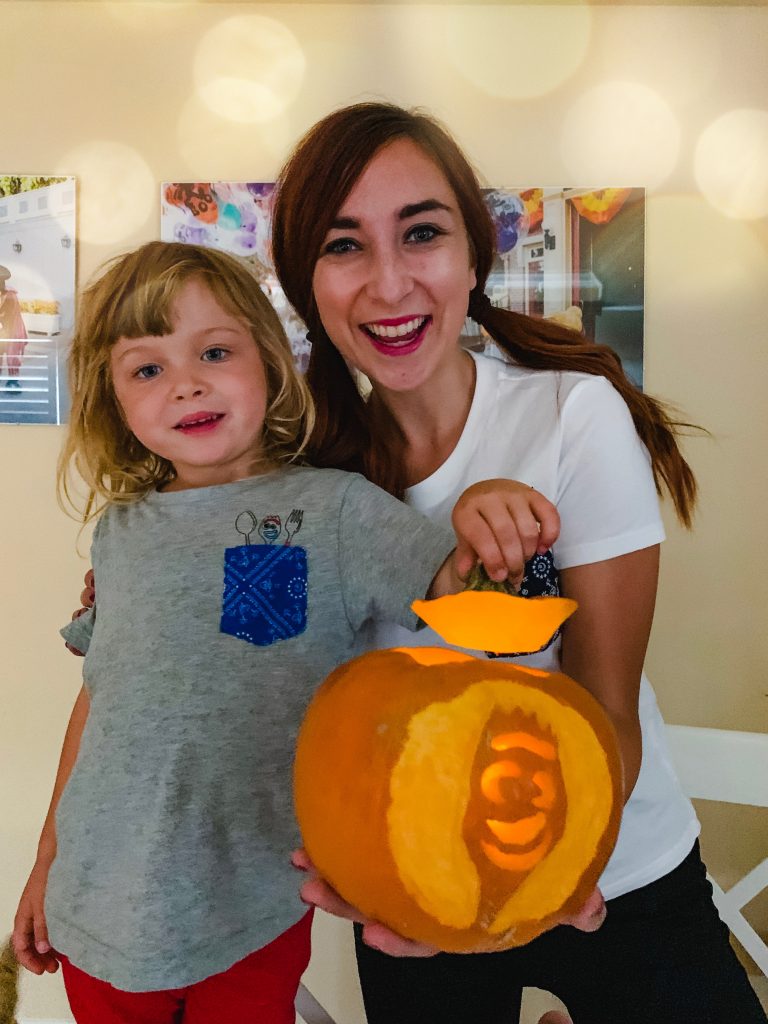 On the Digital HD and Blu-ray, you can find some amazing bonus features, including:

If you enjoyed this Forky pumpkin carving stencil, you may enjoy our other Forky related fun, like our inspiration to design Forkys inspired by other Pixar characters here. You can also read my interviews with Tony Hale about voicing Forky in Toy Story 4! 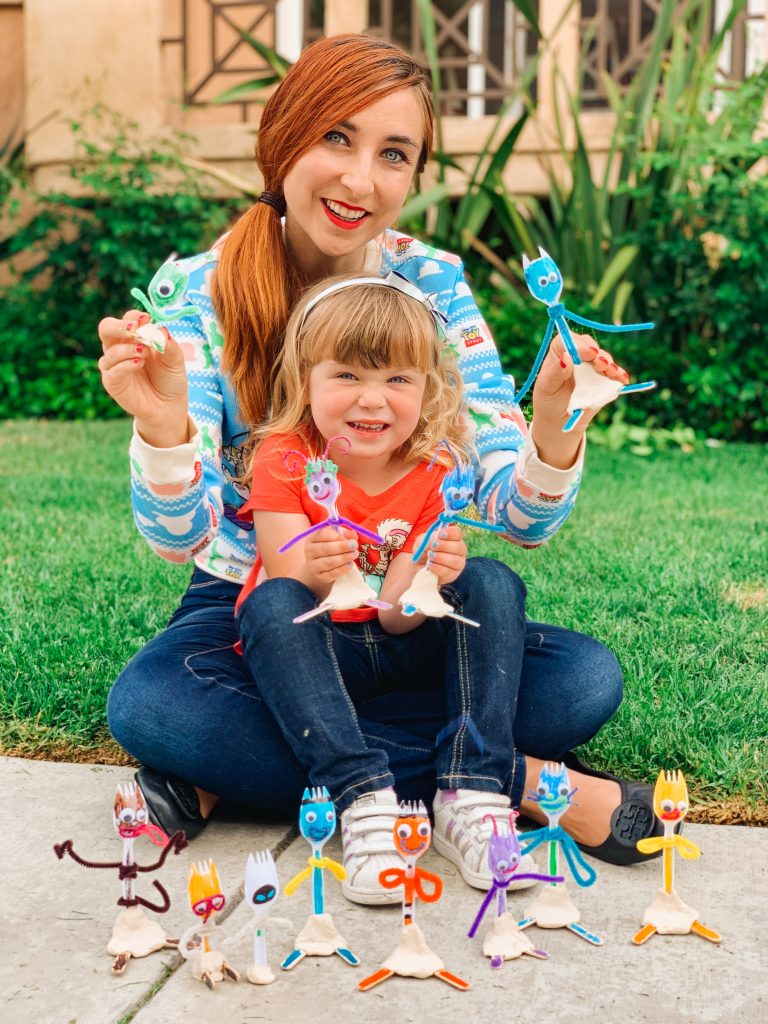