My daughter loved the Peter Pan ride! She’s fascinated with anything Peter Pan or pirates, plus getting to be up in the air in a floating pirate ship is pretty magical for any age (but especially to a toddler). This WDW version of the Peter Pan ride was also great for a young child since it is on an omnimover track, so the line moves much faster than the ride at Disneyland. Plus, you can book a FastPass+ for this ride ahead of time! 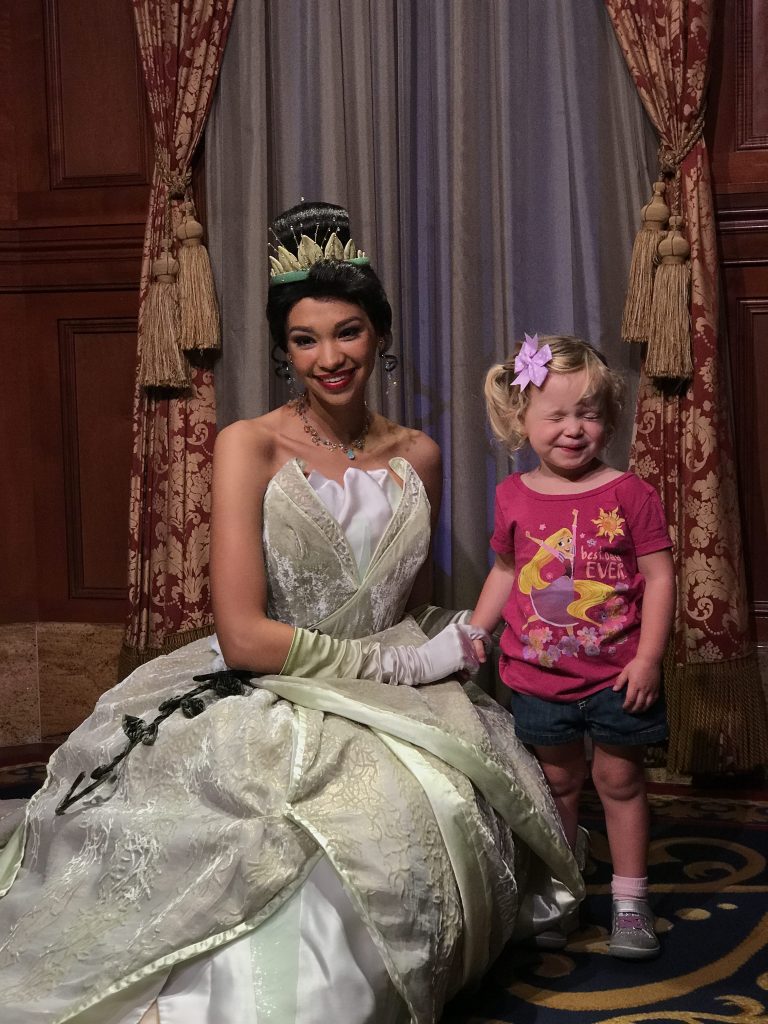 Walt Disney World is FILLED with meet and greets! Much more so than the other Disney parks I’ve visited (Disneyland and Disneyland Paris). In Fantasyland, there are areas that are designated for specific princesses (one to meet Tiana and Rapunzel, one to meet Cinderella and Elena, and one for mermaid Ariel). Each meet-and-greet area has PhotoPass photographers, wait times, plus you can reserve ahead of time on FastPass+ (I highly recommend doing so, since the lines for the princesses can get long). Meeting the characters is always my daughter’s favorite thing to do, she always wants to give them a big hug, and of course snag an autograph! 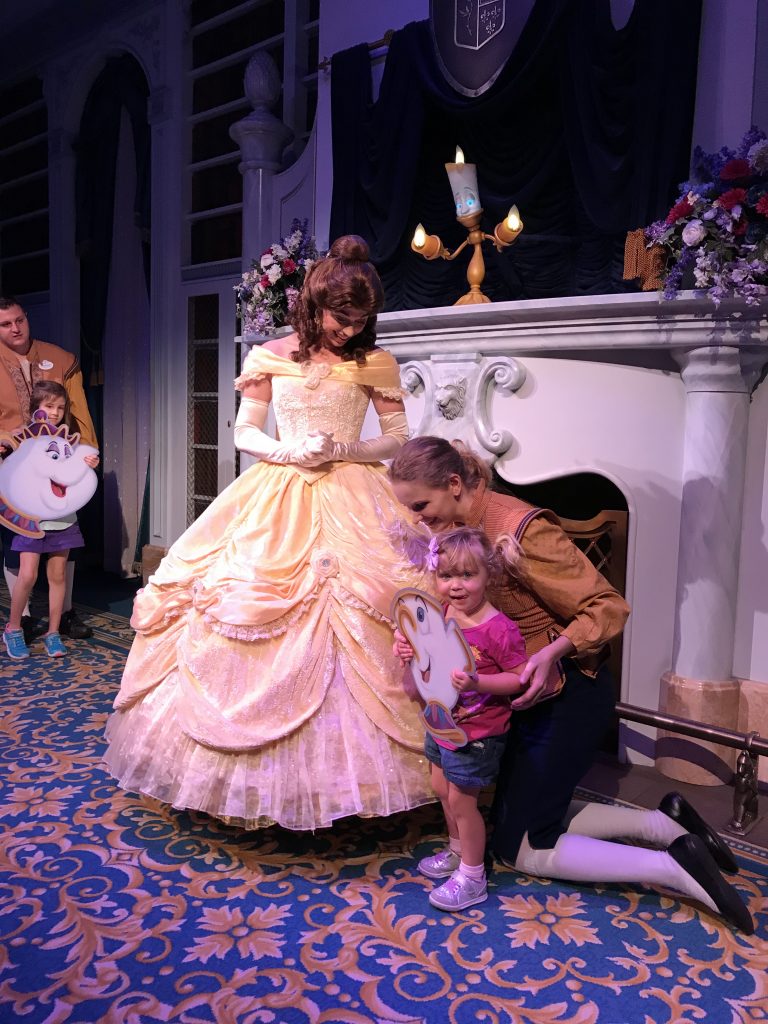 Unique to Walt Disney World Resort is Enchanted Tales with Belle. The outside facade looks like Belle’s village home. Once inside, the Wardrobe will talk to the kids about how we are going to re-enact the night Belle fell in love with Beast, and that each child will need to play a part in the story! My daughter was thrilled that she got to play Chip! A great thing about the show is that they make sure every child who wants to perform gets a part. Once inside the library, you re-enact the story with Belle herself, adorned in her yellow ball gown! It was so magical for the kids to be able to be up performing with Belle herself! It’s such a personal character interaction. 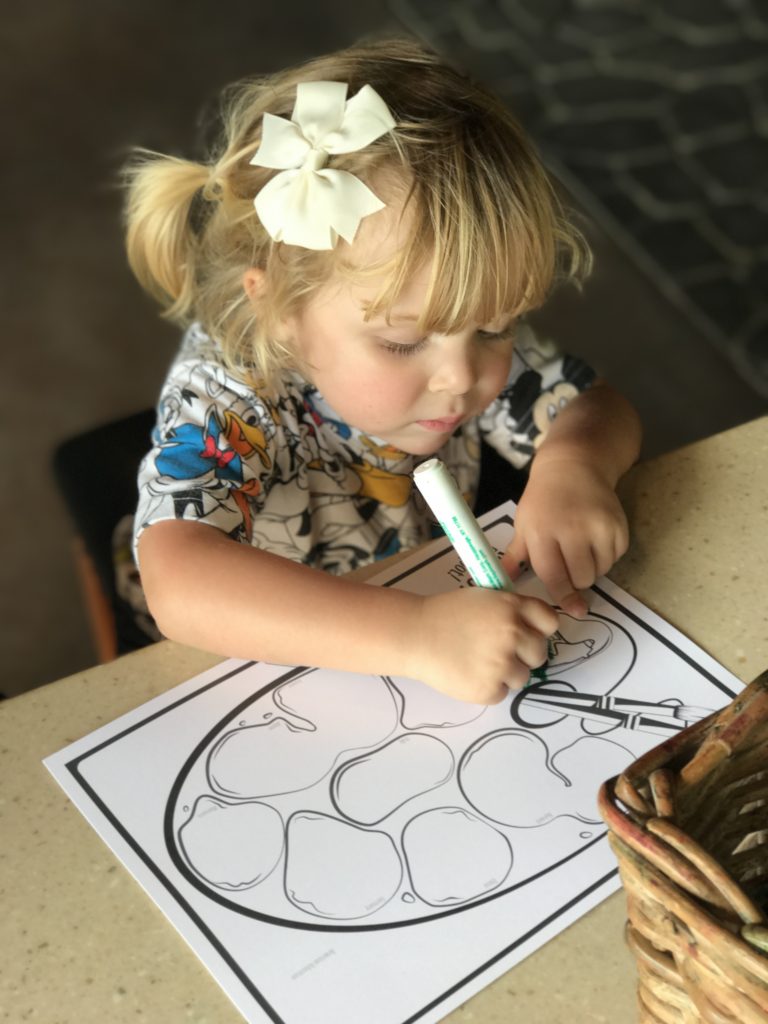 At each pavilion in EPCOT’s World Showcase, there is a Kidcot station. It’s an area where they can do a craft or coloring page themed to that particular country, plus get a stamp on their Kidcot map to show they’ve visited that country. Since a lot of the World Showcase is food and shopping focused, having the Kidcot stations are a great way for kids to be excited about exploring the World Showcase, since it gives them something new to look forward to at each country you visit. 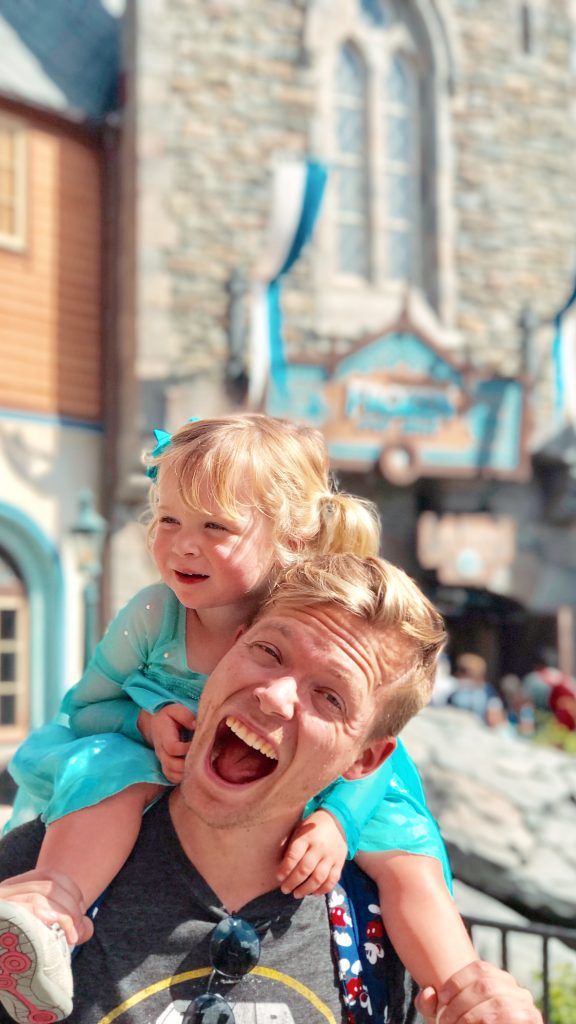 The new Frozen ride at the Norway Pavilion in World Showcase is spectacular! You get to see Anna, Elsa, Olaf, Kristoff, and Sven, plus so many pieces of your favorite Frozen musical numbers. Kids will love getting to see the part of the ride where Elsa is singing Let it Go and building her ice castle, which climaxes to dropping backward down a drop! My daughter loved the drop, but she’s a little thrill seeker!

1. The Seas with Nemo and Friends

It seems unanimaous: kids are obsessed with anything Nemo & Dory. In the Seas with Nemo and Friends, you go on a classic dark ride that tells the story of Finding Nemo. Near the end of the ride, the projections of Finding Nemo characters are among real life sea creatures! Once you exit off the ride, there are many aquariums to explore and fish to learn about. Plus, a Bruce-themed play area.

The Frozen Sing-a-long is a must for any little one loves Frozen! You get to sing-a-long with every song from Frozen, while pieces of the movie play on stage with various light effects. Near the end of the show, Anna, Kristoff, and Elsa make on-stage appearances. The whole show ends in a magical way: getting to sing-a-long to Let it Go with Elsa, ending with snow falling onto the audience!

This is one of my favorite rides! Any age can ride it, and the ride is longer than most (making the wait time worth while). On the ride, you go to various 3D screens with different point and shoot target games. You are competing with your fellow riders to see who will have the highest score in the end. My daughter hasn’t really gotten the aiming part down, but she loves this ride regardless.

1. Voyage of The Little Mermaid 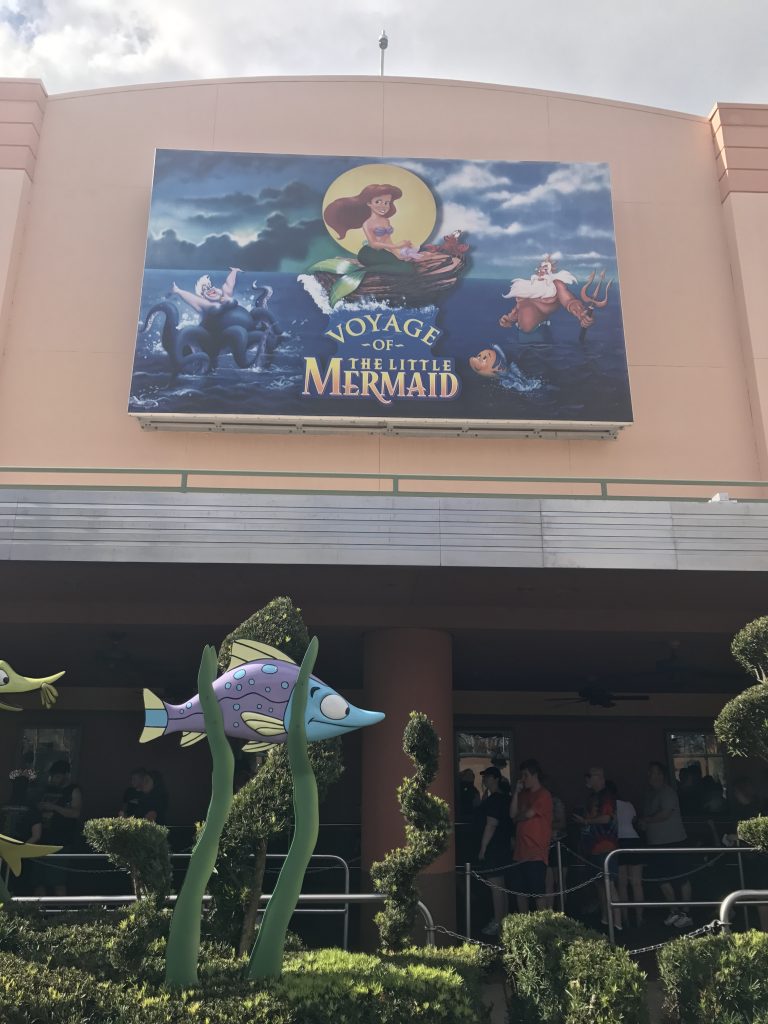 Voyage of The Little Mermaid is a 15-minute stage show, including the big musical numbers from the film. The stage show is so fun for kids to watch, with bright colors, some puppetry, and with the show length being short it’s the perfect amount of time for kids. My daughter loved watching Under the Sea the most, and talked about the show the rest of our day at Disney’s Hollywood Studios!

The safari is something you can not miss when you visit Animal Kingdom! It goes through the animal’s habitats on property, while you get to learn a bit about each of the animals you see. What’s most unique about this tour is that the animals are out in the open, so it is a very immersive experience. My daughter’s favorite animals were the giraffes and lions! 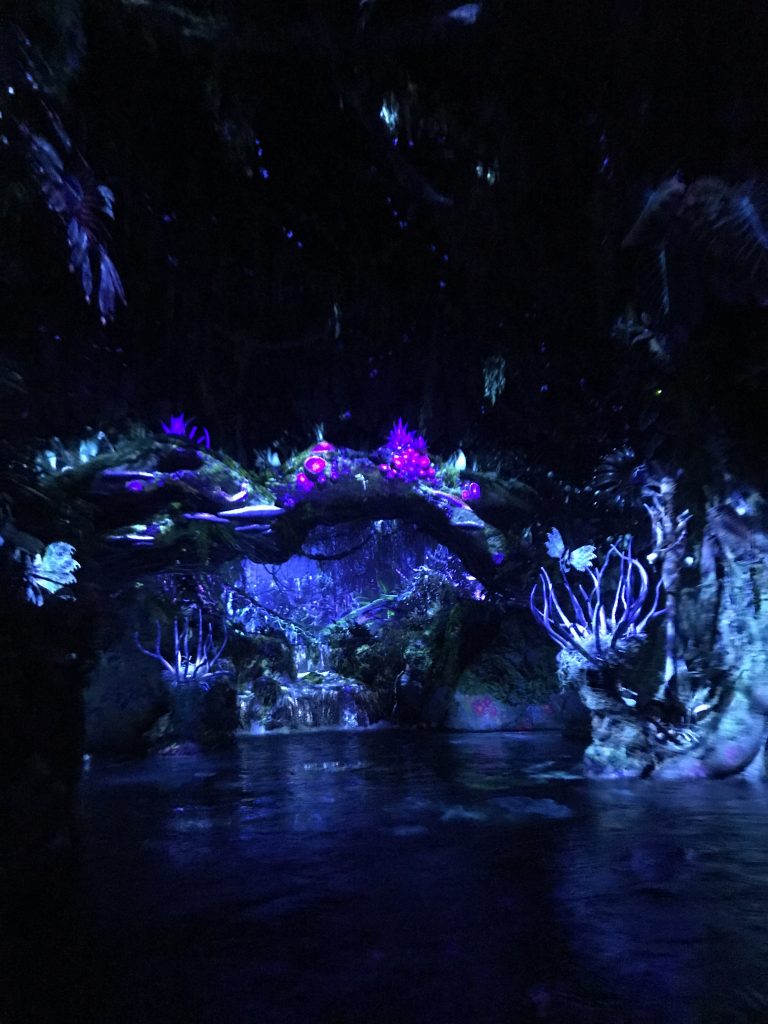 This is one of the newer rides, which can be found in Pandora The World of Avatar. It’s a dark ride, where you are in a boat going through different sites (any age can ride it). While it may sound like a pretty basic ride, it is sure to wow any age. My daughter wanted to go on it again, and again, and again. The animatronic at the end of the ride is one of the most advanced in existence. Whether you’re a fan of Avatar or not, you can’t help but tear up as you go through the beautiful Na’vi River, which is incredibly enchanting and an immersive experience.

This made it to number 1 because it was my daughter’s absolute favorite thing. Finding Nemo The Musical is a 45-minute long full musical made especially for Animal Kingdom. It has incredible songs and puppetry, and is sure to please because like I said…kids LOVE Nemo. Even though our trip was a couple months ago, my daughter wants to listen to the soundtrack daily, and even re-enacts the play at home.

Overall, my daughter’s favorite park was Animal Kingdom, and her favorite types of experiences were the shows and meet-and-greets. I would love to hear what are some of your favorite things to do with kids at Walt Disney World Resort Resort?