Everyone remembers the best days in school are the days of field trips. To celebrate the release of Spider-man: Far From Home on 4K, Blu-ray and Digital, I got to board a bus and take a special field trip in Hollywood, CA. We visited the offices (and castles) of illusionists like the character from the film, Mysterio (Jake Gyllenhaal), starting with the pre-visual effect artists at The Third Floor Visualization, practical costumes and weapons from Ironhead Studios, and a presentation from real-life illusionist Jason Latimer at the world-famous Magic Castle. But we can’t take a field trip without responsible chaperons! Enter Spider-man: Far From Homestars J.B. Smoove and Martin Starr who play Peter Parker’s teachers, Mr. Dell and Mr. Harrington, respectively. Permission slips are signed, teachers are on the bus, so we are ready to go! 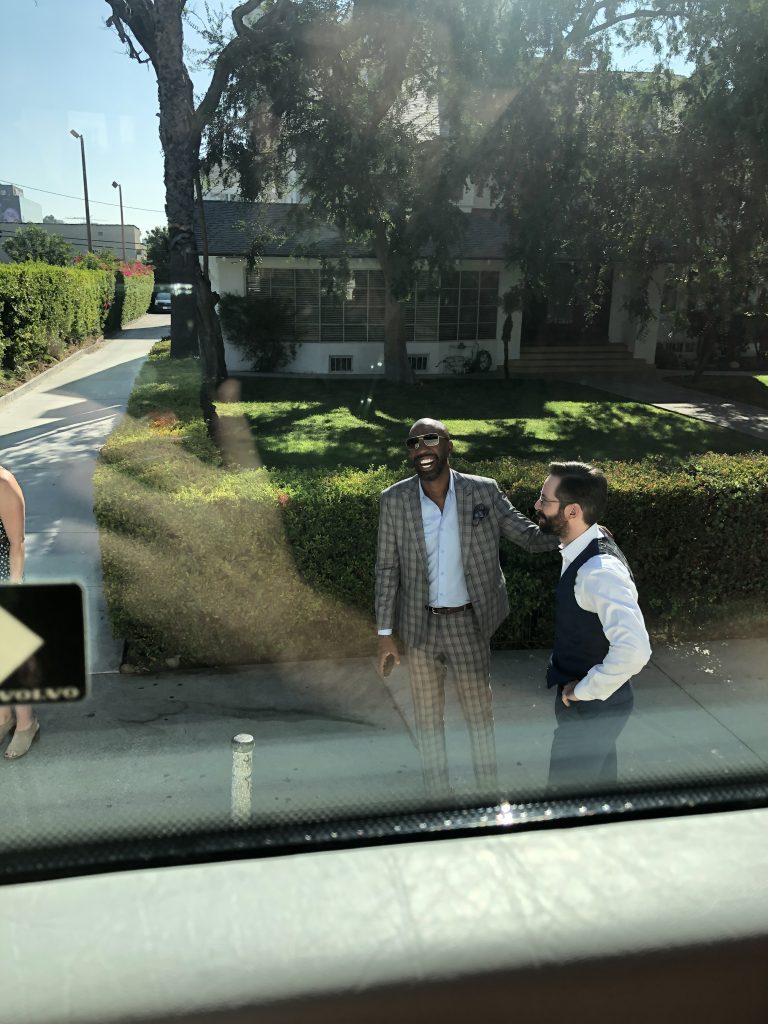 First stop, The Third Floor Visualization, who create the previsualization (“previs”), and post-visualization (“postvis”) for films that require a lot of special effects planning and need a blueprint for the final VFX teams. Founder/CEO, Christopher Edwards, says it’s like digital world building, or “Minecraft for adults” where their team can “drag and drop” cars, buildings, or explosions into a film scene. Some of the coolest moments in cinematic history can come from these blueprints, such as, the Molten Man sequence in Spider-man: Far From Home. Visualization Lead, Brian Carney, worked on this from a script that called for an action scene where Spider-man helps Mysterio fight the Molten Man with the challenge of Spider-man not being able to touch him and revealing the plot twist. This process generally starts as storyboards or sketches, and then Brian digitally brings it to life as rough digital animatics so Director, John Watts, can see it in action. For the film’s final battle scene, Shannon Justison, Sr. Visualization Supervisor, came in to help brainstorm and create some what she calls “Spider-man moments” in the finale. Ideas go back and forth between her and the Director through all the previous phases, starting with the rough early animation, then into a blocking phase, then 3D storyboards panels, and finally the final previs phase of the action scene. This imaginative group of illusionists work on around 75% of the Hollywood blockbuster films you see today. 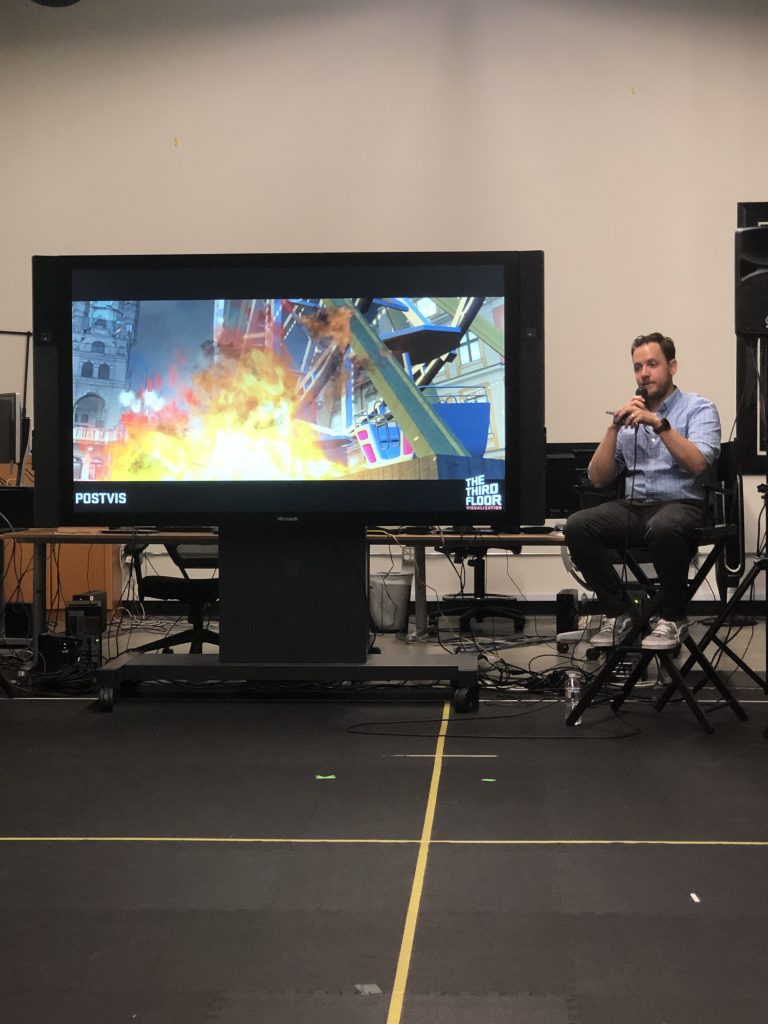 After lunch, we arrived at our next stop at an effects firm called Ironhead Studios. This studio specializes in costumes, helmets, creatures and props seen in many films, such as, Batman vs. Superman, Daredevil, Fantastic Four, Thor, and of course Spider-man: Far From Home. Most notably, Spider-man’s mask and webshooters. Owner, Jose Fernandez, uses real life processes and inventions to bring these comic book characters to life. Perhaps things you see in a film look like an illusion, but are practical suits or helmets created by his studio. Technology has also come a long way since he started in the business in 1989, that he can now get perfect measurements for an actor’s costume by digitally scanning an actor’s body in mere seconds. Our chaperons got in on the fun by trying to wear all the crafted superhero helmets in the studio, and getting their own 3D full body scans. Be on the lookout for their next film as a superhero duo! 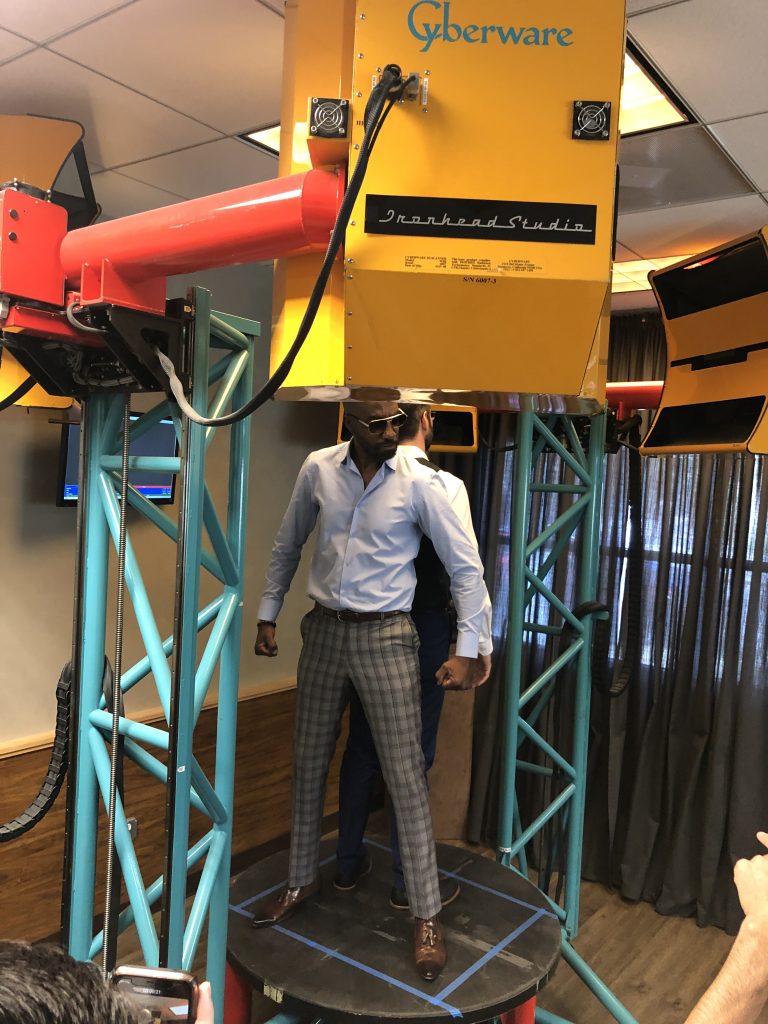 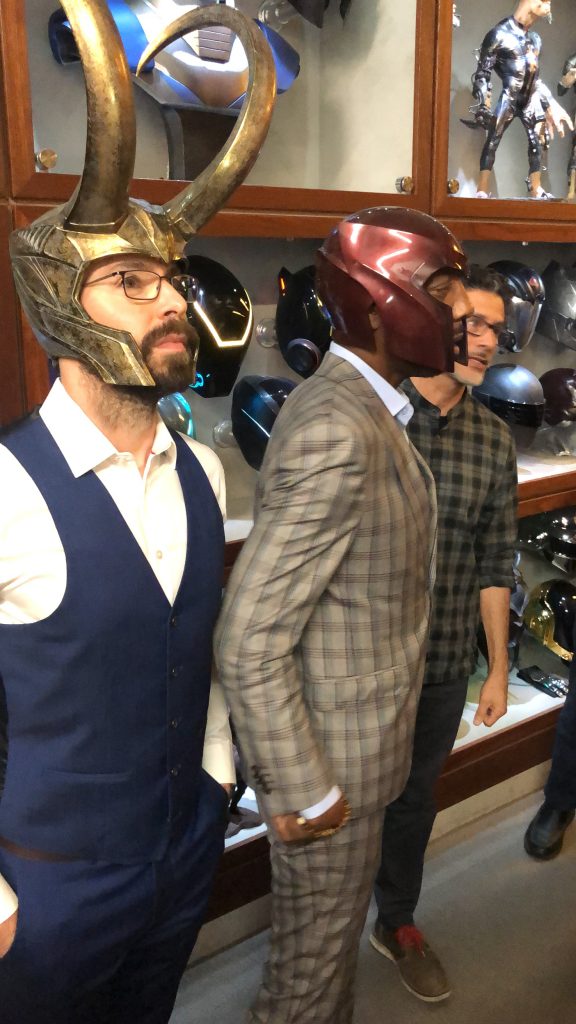 The last stop in our field trip was at the Magic Castle, an exclusive, private clubhouse of the academy of magical arts. This is a rare experience because the castle is an invite only club with a strict dress code, so it’s not every day you get to go inside. We were seated for a special presentation by illusionist Jason Latimer who is a World Champion of Magic & Curator of Impossible Science. Latimer is like a real-life version of Mysterio creating illusions before my eyes. And as I was seated five feet from him watching him form water into a ball with his bare hands you aren’t sure what is real or not. He unites magic and science to inspire curiosity and demonstrate how the right question changes everything. Latimer says “always be open to not knowing everything.” 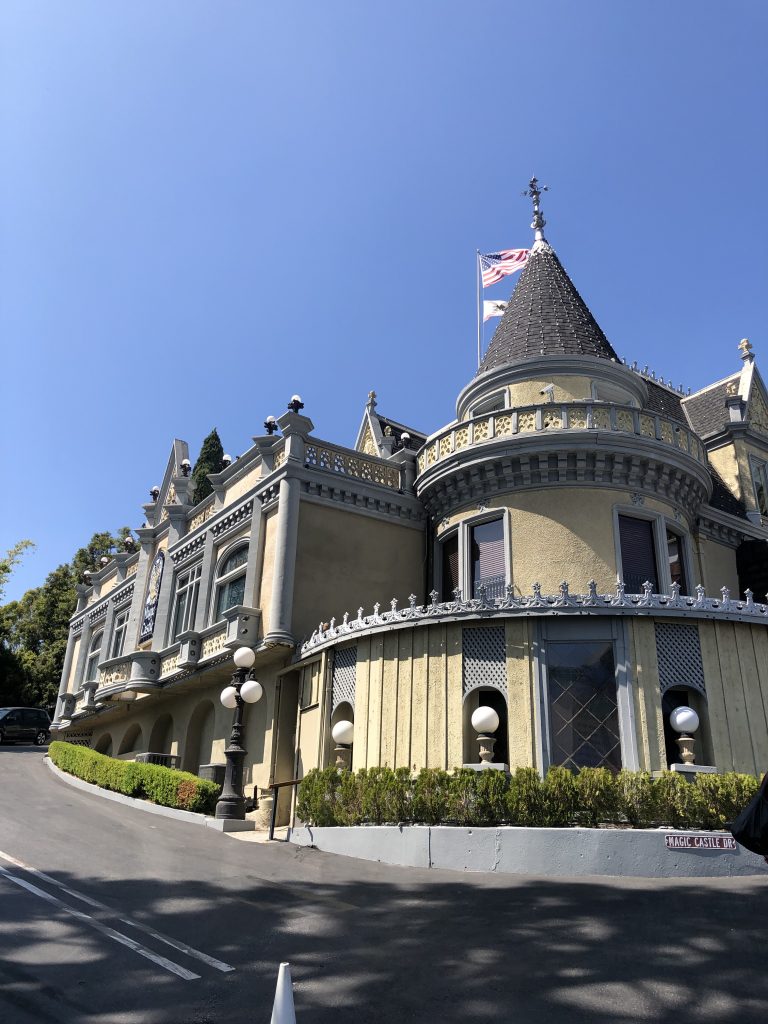 We ended our field trip with treats themed to Spider-man: Far From Home, and chatting with our hilarious chaperons for the day sharing their stories from the set, off-set, some cut footage, and relationship to each other. When asked if their characters were modeled after a teacher they grew up with, Starr jokes: “I would hope not.” Explaining that Mr. Harrington was an amalgamation of teacher characters from the comics and what was in the script. The situational comedy of Mr. Harrington and Mr. Dell comes from the story. “Playing it real. The funny to come from the real of it,” Smoove explains, “otherwise it becomes to slap sticky.” 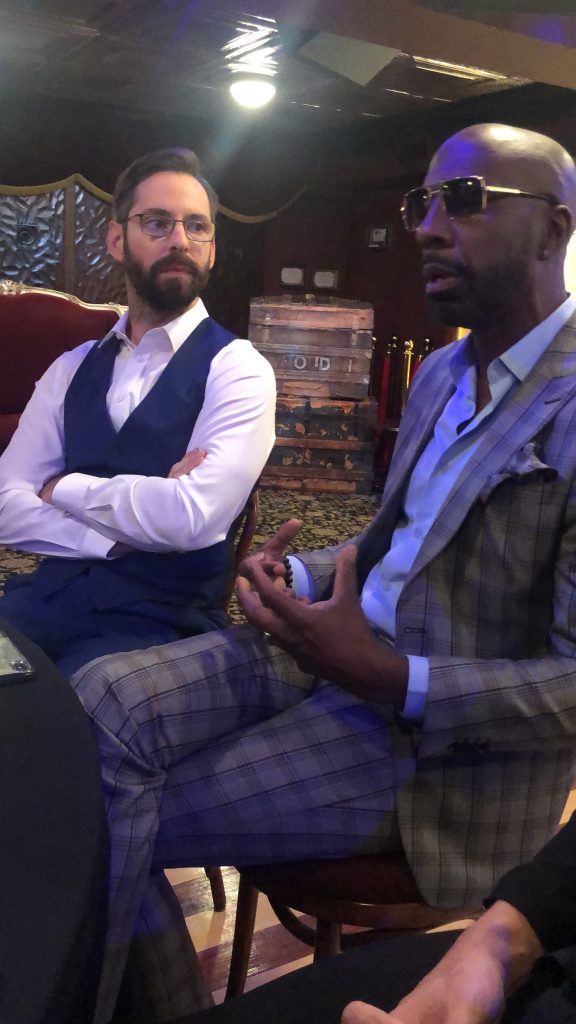 You can see more of Mr. Harrington and Mr. Dell in Spider-Man: Far From Home by owning it today on Digital, or on 4K Ultra HD Combo Pack, Blu-ray Combo Pack, and DVD on October 1.