As one of the highest grossing media franchises in the world, there’s plenty to love about the Marvel Cinematic Universe (MCU). However, a valid criticism of even its more beloved titles is something that seems to be an issue for the superhero genre as a whole: formulaic storytelling. This can particularly be a problem in introductory origin stories, where certain story beats are almost requisite to lay out the world and the character(s), but ultimately, the audience has their roadmap to predict the entire movie.

With that in mind, Shang-Chi and the Legend of the Ten Rings had the cards stacked against it. Not only is it introducing a completely new character to the MCU, it features a relatively obscure character from the Marvel Comics Universe. But similar to how James Gunn transformed the unknown property of Guardians of the Galaxy into a highly successful and beloved standalone genre film, so does Destin Daniel Cretton with Shang-Chi. The movie is a highly unique and energetic story that breaks out of the superhero formula and introduces your new favorite MCU character.

While the film centers around the title character (played by the fantastically charming Simu Liu), equally important is the story of Shang-Chi’s father, Wenwu (played by Tony Leung), a centuries old war lord given immortality from his mystical weapons, the ten rings. Following the death of Shang-Chi’s mother, Shang-Chi leaves his father’s world behind, which has grown into an underground criminal empire. Shang-Chi changes his name and lives a modest albeit aimless life as a hotel valet in San Francisco. His past comes back for him as he discovers he and his estranged sister Xialing (played by Meng’er Zhang) are now being hunted by Wenwu, throwing Shang-Chi back into life he left behind, followed closely by his co-worker and best friend Katy (played by Awkwafina). Along their adventure, the siblings discover the magical secrets of their mysterious mother and their father’s quest to overtake the magical hidden realm of Ta Lo. 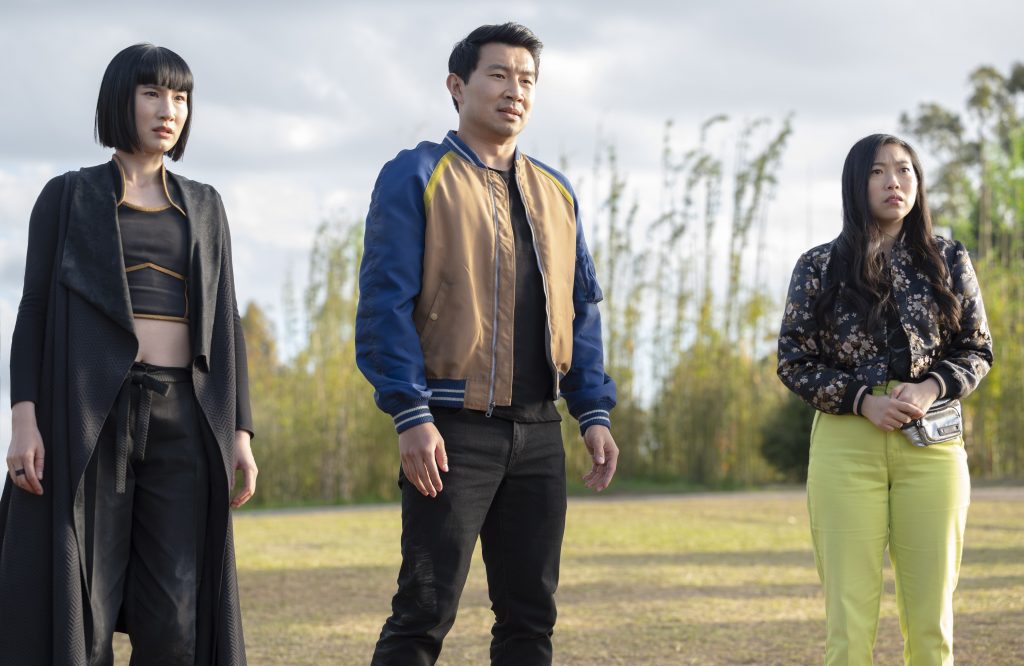 While the story is primarily a standalone adventure separate from the rest of the MCU, it of course has important connections to previous films, particularly the Iron Man trilogy. In the very first film of the MCU, 2008’s Iron Man, Tony Stark is captured by the Middle Eastern terrorist sect of the Ten Rings, at that time a reference to the Iron Man villain from the comics, The Mandarin. In Iron Man 3, we meet The Mandarin as the leader of the Ten Rings, but is later revealed to be an actor named Trevor (played by Sir Ben Kingsley) with no association to the true Ten Rings empire. This story is picked up in Shang-Chi, with Wenwu being revealed as the true leader of the Ten Rings empire. Also making inter-film cameos are the sorcerer Wong (Benedict Wong) from Doctor Strange and the Abomination (previously played by Tim Roth) from the seldom referenced 2008 The Incredible Hulk film.

Shang-Chi is a very strong genre film, taking inspiration from previous martial arts films, most notably Ang Lee’s Crouching Tiger, Hidden Dragon and the many films of Jackie Chan. Shang-Chi boasts incredible fight choreography and some very tense and entertaining action scenes, such as a fantastic fight sequence aboard a San Francisco Muni bus and an acrobatic action set piece on the scaffolding outside a Macau high-rise. The action scenes later in the film do begin to wane toward a typical superhero-film CGI fest once the supernatural elements of the story are fully introduced, but still allows for some fun choreography between Liu and Leung in their climactic battle. 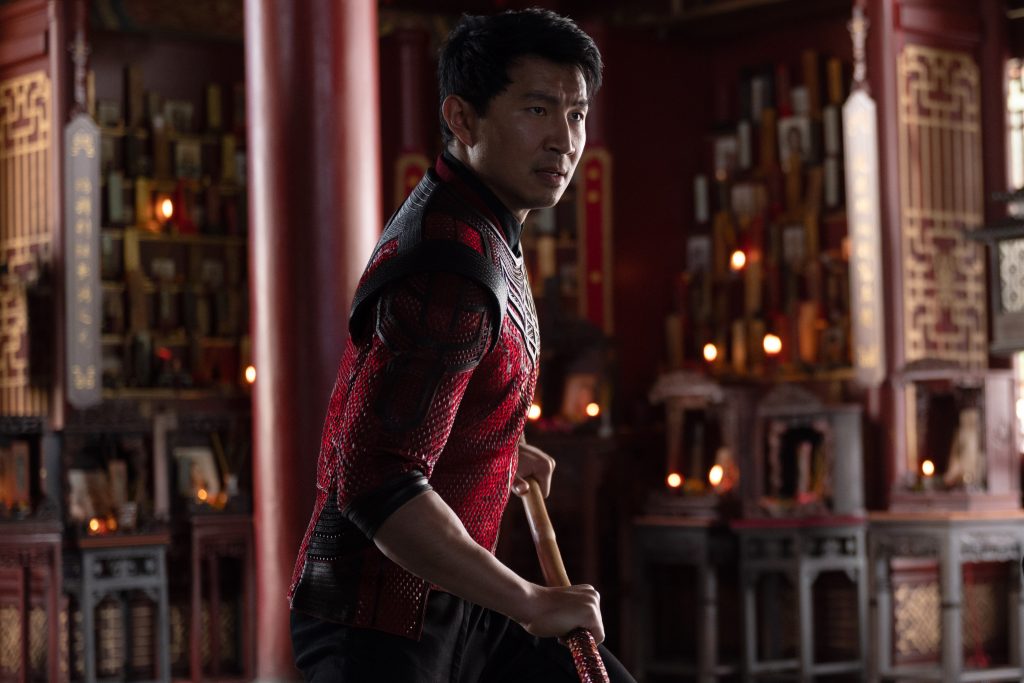 Shang-Chi (Simu Liu) in Marvel Studios’ SHANG-CHI AND THE LEGEND OF THE TEN RINGS. Photo by Jasin Boland. ©Marvel Studios 2021. All Rights Reserved.

As theaters in America open again following closures due to the pandemic, Shang-Chi is the first Marvel film since then to open exclusively in theaters, as Black Widow earlier this year saw its release primarily for an extra fee on the Disney+ streaming platform. Watching a Marvel film in a theater definitely brings back the feeling that made the MCU so popular, and will undoubtedly lead to moviegoers wanting to experience more offerings in the future, such as November’s Eternals and December’s Spider-Man: No Way Home. And of course, the theatrical tradition of sitting past the film’s credits returns in Shang-Chi, as there are two additional scenes; one mid-credits, and one post-credits.

Shang-Chi and the Legend of the Ten Rings is only in theaters September 3, 2021, and will debut on Disney+ approximately 45 days later. 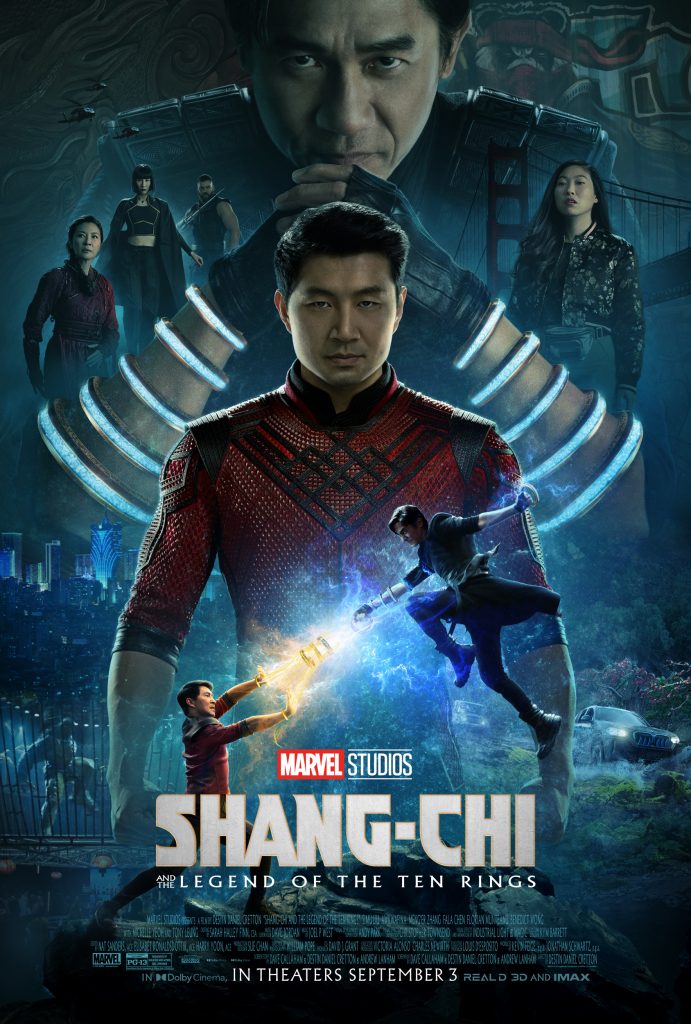 By Jessica
0
marvel moviesshang-chishang-chi review
Marvel Studio’s What If? Introduces the MCU Multiverse with Beautiful Animation
Disney On Ice Returns to Southern California This Winter!