The short itself is a little unusual, with an anthropomorphic dumpling being at the center of the story. Director Domee Shi talked about how her inspiration for the subject was simple: She just loves food! For years, she has been a fan of food fables (i.e. The Gingerbread Man), as she has always loved that quirky, unsettling quality they possess. This combined with her love of food led her to do doodles of food come to life for fun, as well as make a web comic series of food fairy tales. 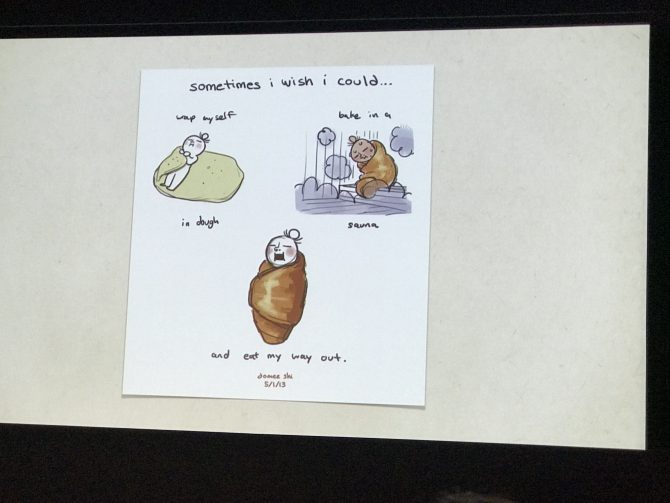 She came up with the story for Bao inspired by her own relationship with her mom, and growing up in Toronto’s Chinatown (the same location Bao takes place). Bao tells the story of the “creepy sweet love a mom has for her ‘little dumpling'”. Growing up, her mother would say to Shi “I wish I could keep you inside my belly so I always know where you are.” Therefore, the idea to tell a story about this intense mother-child love was born! 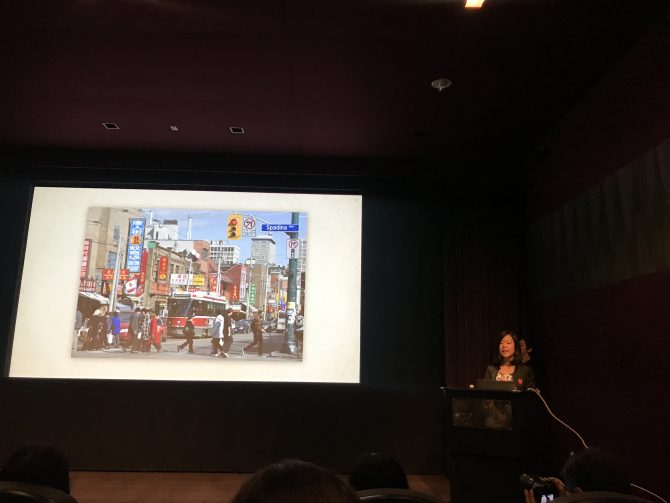 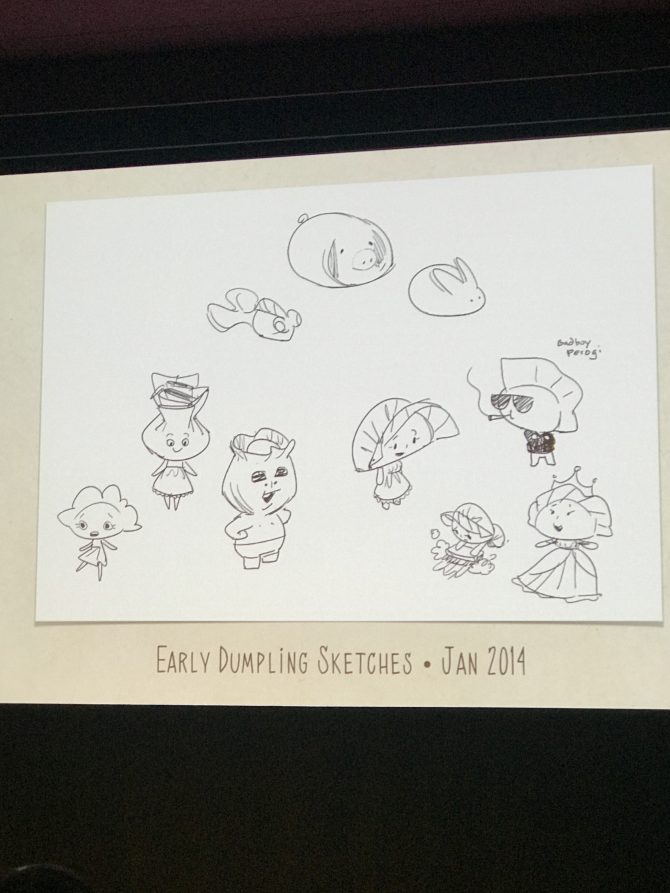 Some concept drawings for Dumpling

After hearing about the origin of the story, Shi and Neiman talked about animating Bao, and how this short film presented the Pixar animation team with one of the hardest challenges they’ve ever encountered: animating food and dough. Food is the center of this short film, representing the love the mom has for dumpling, so it was crucial it look delicious. They had to make raw dumpling pork filling look good, and also had to animate mother working with raw dough (how light bounces off of moving dough, etc). The process took 2 effects artists at Pixar 2 months to figure out how all this would be accomplished! Their hard work was definitely worth it, as the food did look very delectable in Bao! 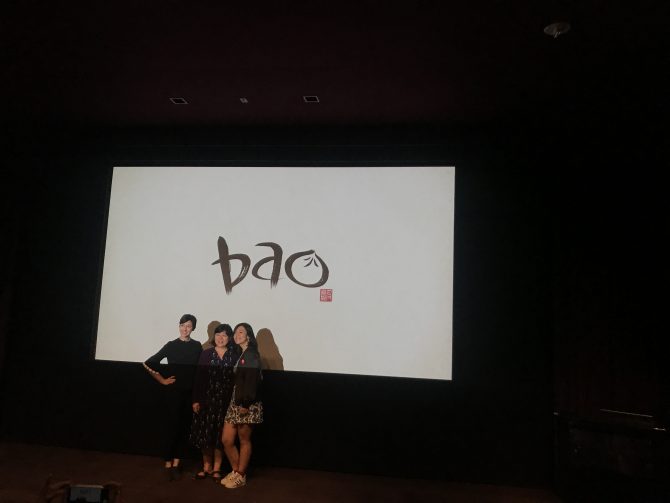 You can see Bao play before The Incredibles 2 in theaters June 15!

By Jessica
0
domee shipixar baopixar bao interviewspixar domee shi
Avengers: Infinity War – A Crowd-Pleasing Beginning to the End of an Era
Returning to The Incredibles After 14 Years – The Incredibles 2 Press Conference