Attending Disney’s The Nutcracker and the Four Realms World Premiere 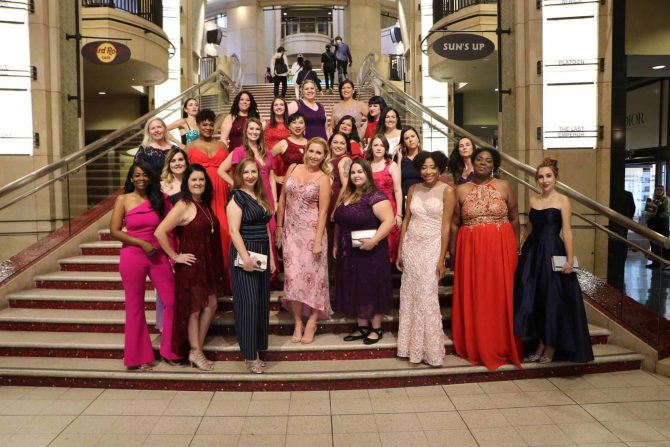 As you may have seen, I recently had a major dream come true when I got to go on a press trip for Disney’s The Nutcracker and the Four Realms. One of the highlights of the trip that I’ll never forget was getting to walk the red carpet at the premiere of The Nutcracker and the Four Realms! Myself and 24 other bloggers got dressed to the nines, then headed to the historic Roosevelt Hotel on Hollywood Boulevard, where we interviewed Mackenize Foy (Clara) and Misty Copeland (the ballerina) (Interviews coming to my site soon!). After getting to meet these amazingly talented women, we headed over to the Governor’s Ballroom at The Dolby Theater. 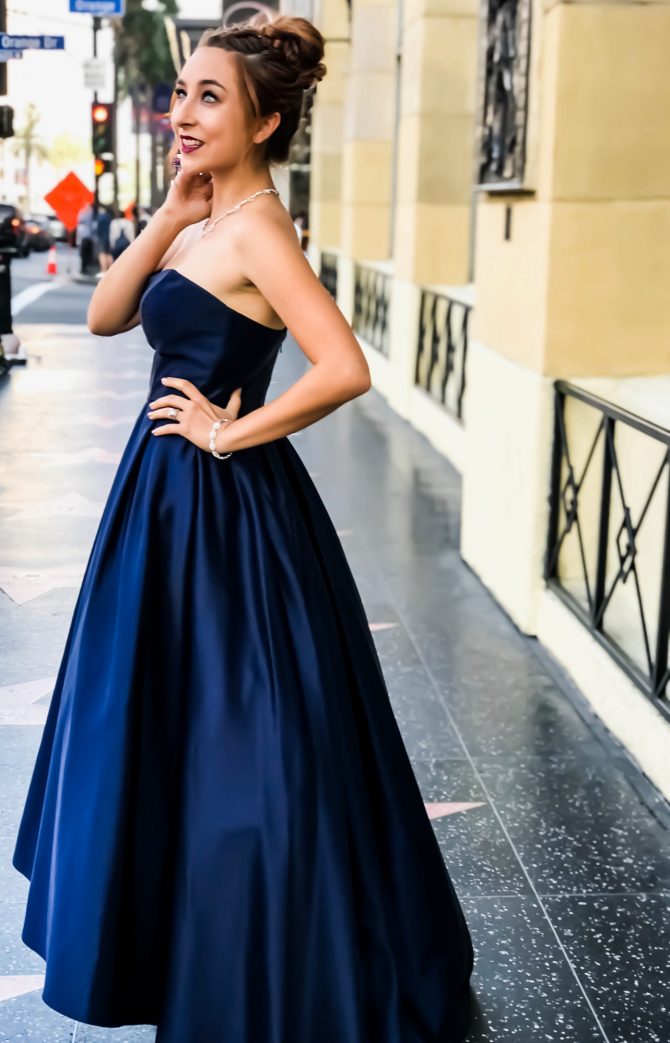 It felt like pure Hollywood magic to be walking in our gowns along the Hollywood Walk of Fame to be headed to a party in the iconic Governor’s Ballroom! As we approached the entrance, I instantly got chills seeing the sign saying “The Nutcracker and the Four Realms World Premiere”, with a red carpet leading up to it! Also outside were gorgeous photo backdrops, including one themed to the realm of flowers (one of the four realms in the movie): 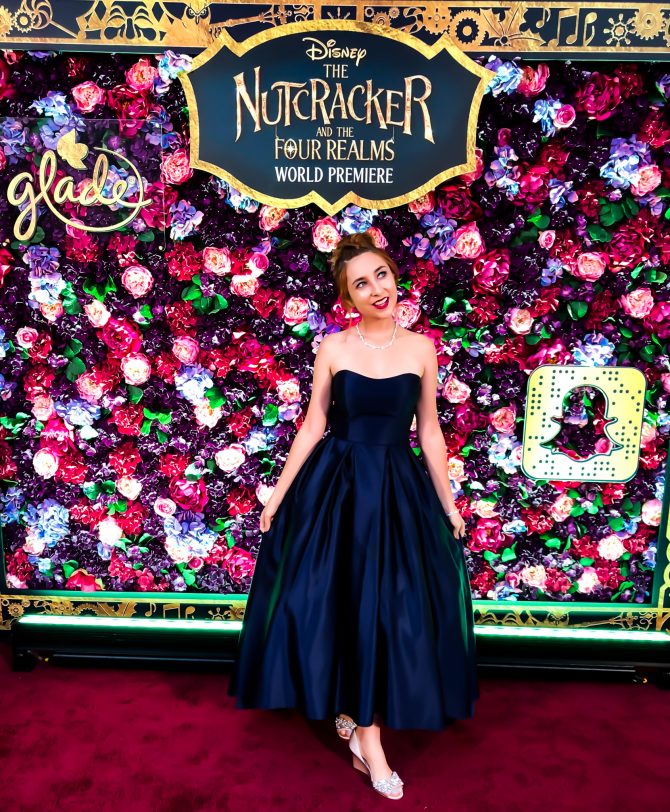 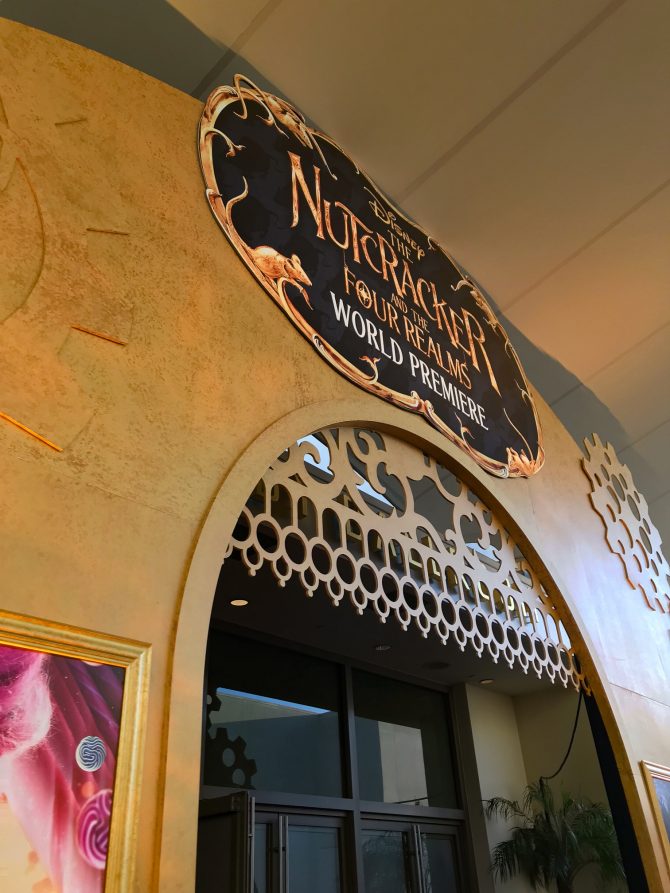 I was already blown away by the outside, let alone what was inside! Upon entering the ballroom, you saw stilt walkers, one for each realm, and costumes on display! There was also a section of the ballroom representing the realm of snowflakes, which included a Ziploc make-your-own snowglobe section, and an area for the realm of candy, which including Nutcracker Ziploc bags that you could fill with candy. You could also get your nails painted with the new OPI Disney’s Nutcracker and the Four Realms collection, as well as a station to get a Nutcracker-inspired hairdo. Although it was a subtle touch, I had to point out how AMAZING the ballroom smelled, with the Glade Nutcracker Delight candles lit on every table. 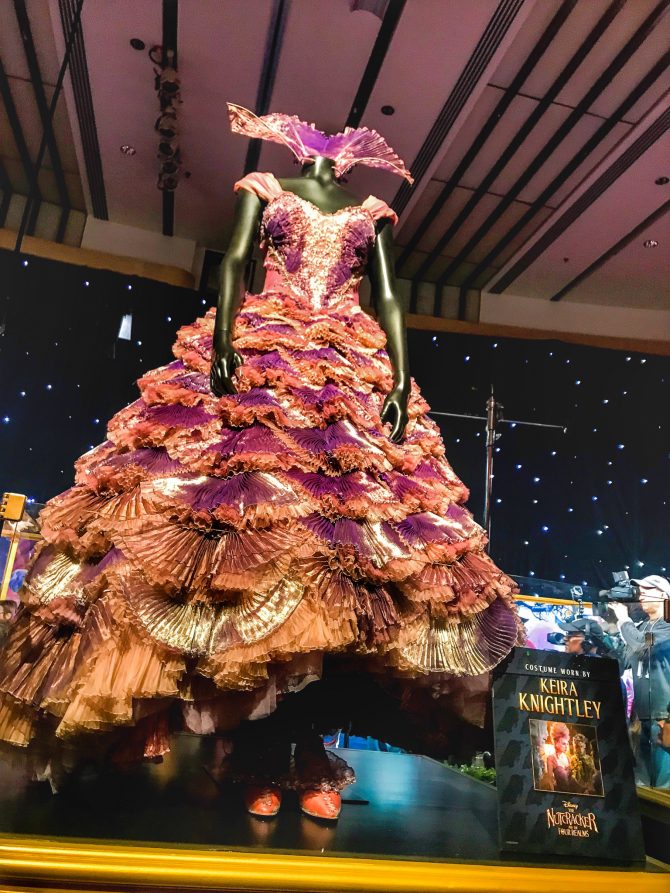 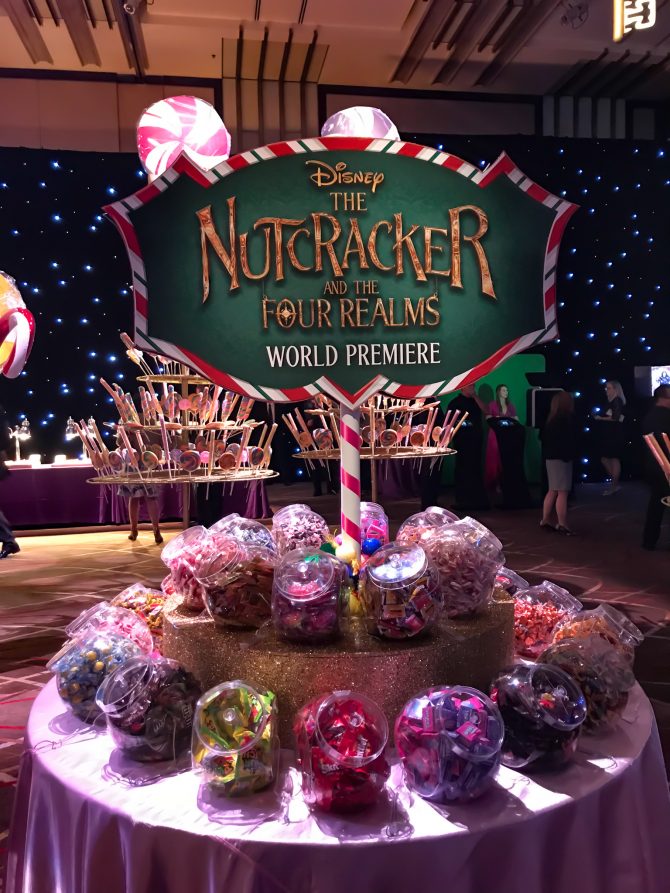 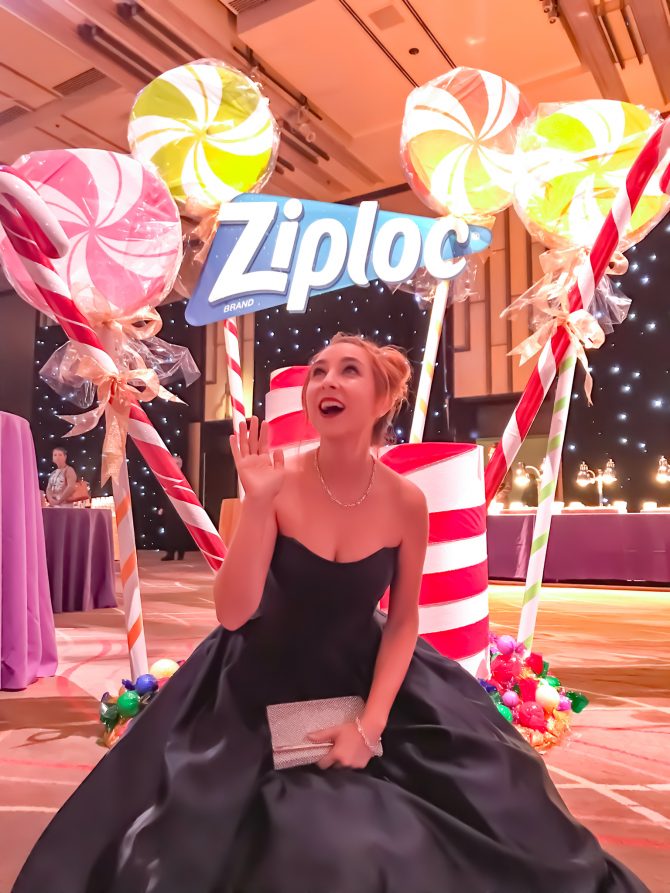 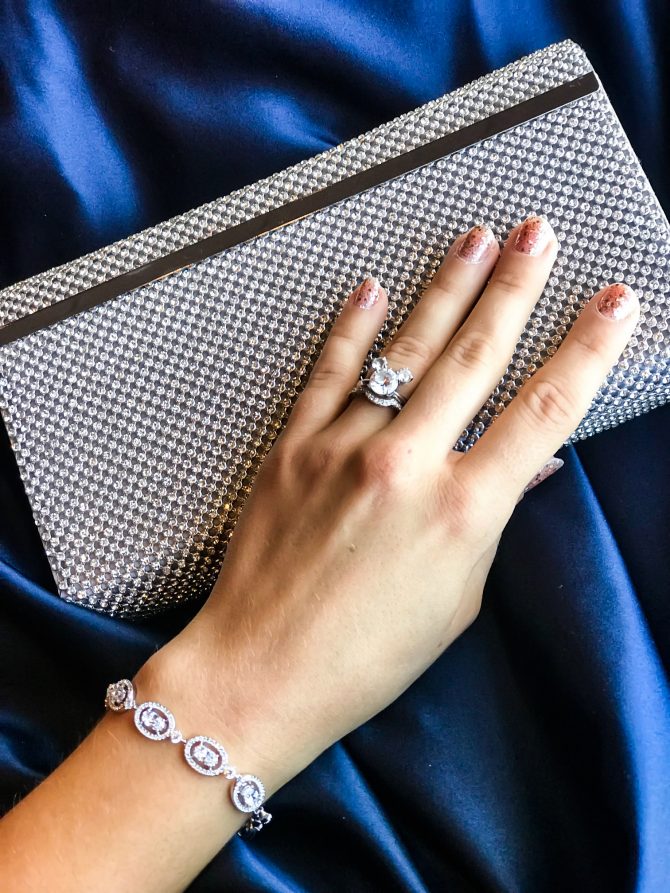 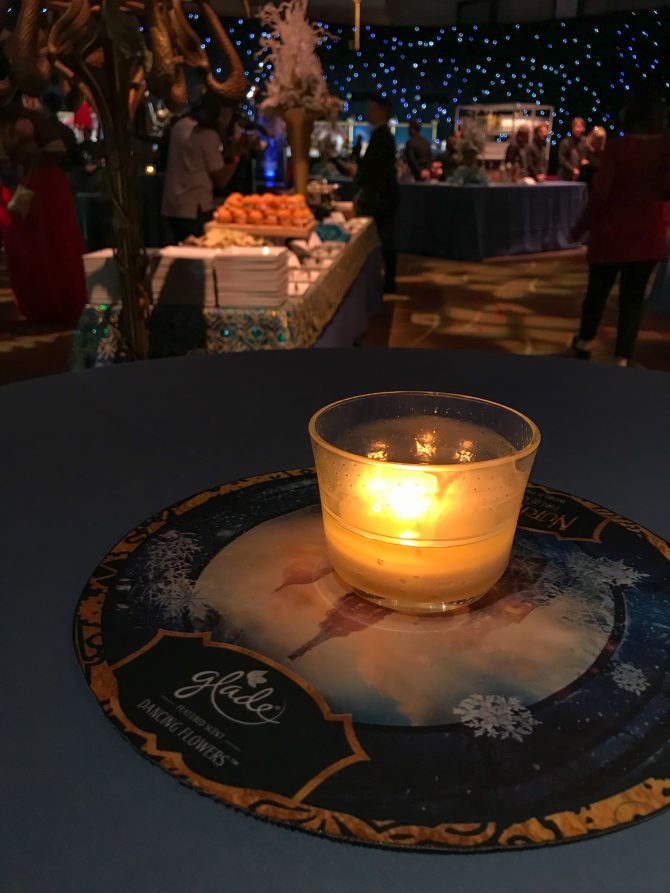 And of course, there was the red carpet in the ballroom, where the stars of the film, as well as many other celebrity guests in attendance walked! 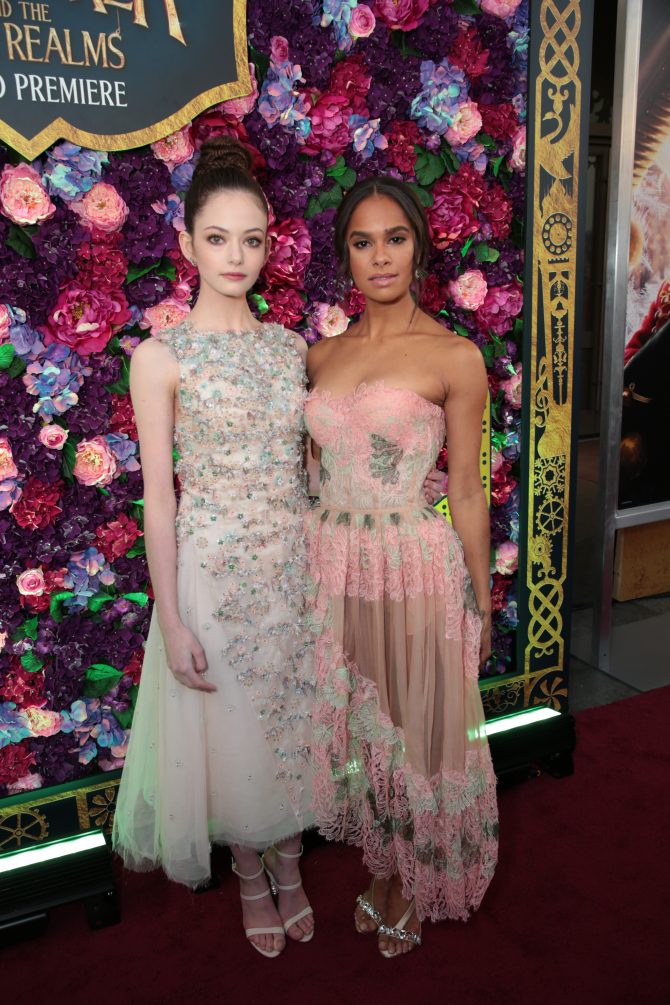 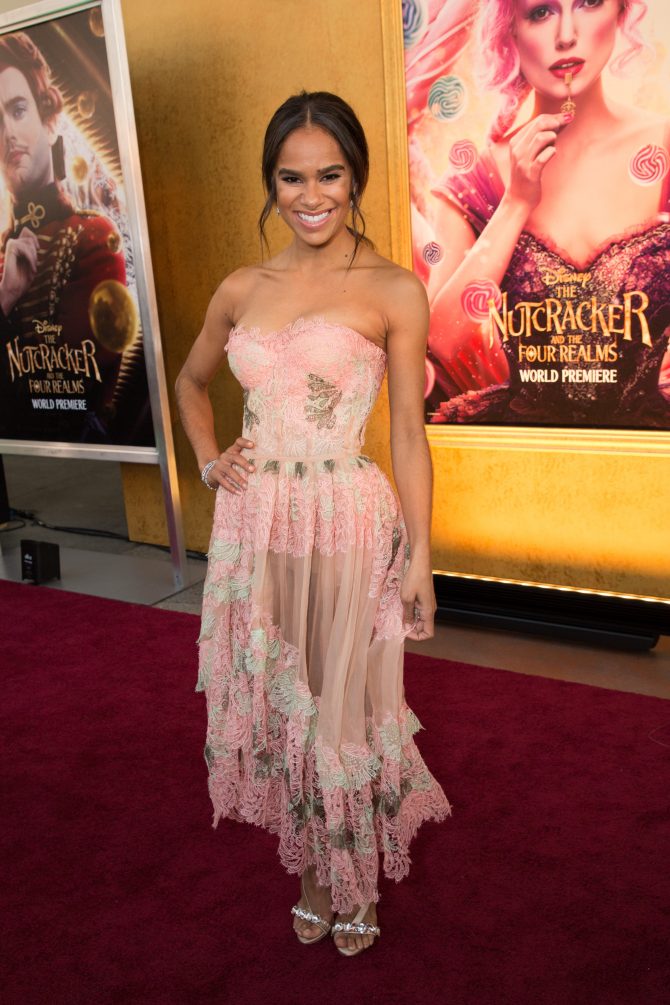 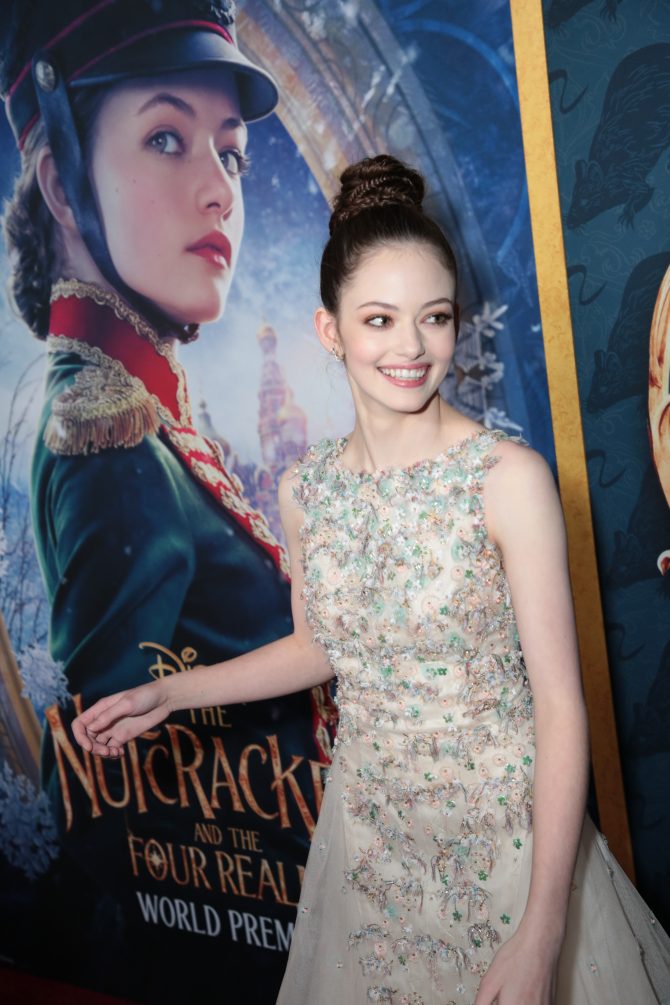 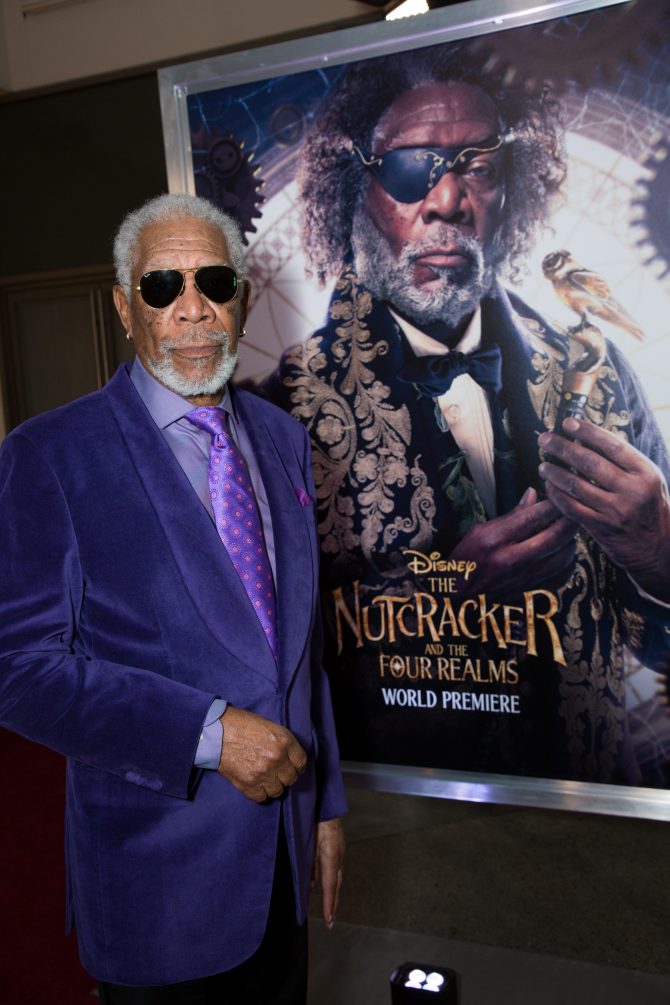 It was then time for the big moment! The World Premiere of the film! We headed over to the historic El Capitan Theater, which boasted a special “World Premiere” marquee to be the first to see the film! I have to say it was quite surreal to be watching the film in the same theater as the films’ stars, including Mackenzie Foy, Misty Copeland, and Morgan Freeman. 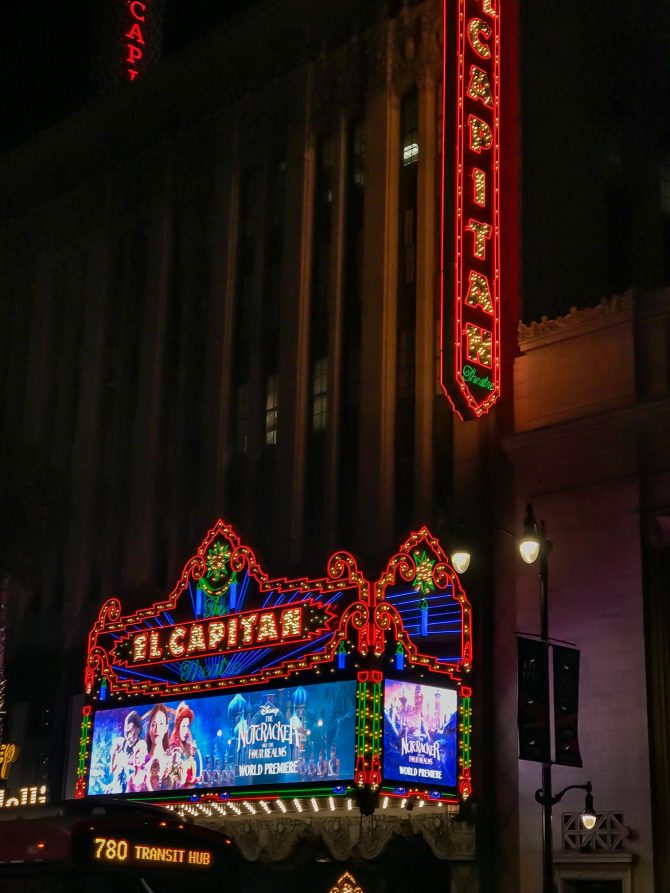 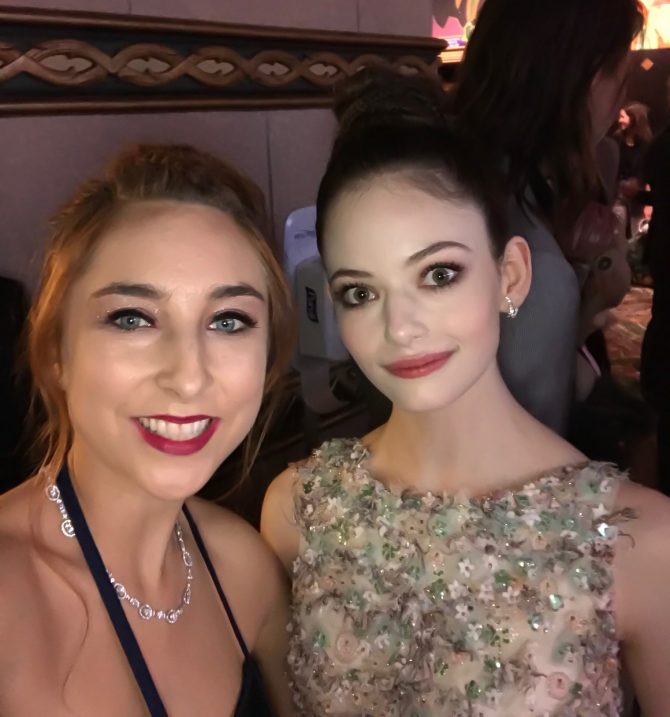 It was a perfectly magical evening, the best way to kick off the holiday season, and a dream come true for this Disney fan, dreamer and blogger! Disney’s The Nutcracker and the Four Realms comes to theaters November 2nd: