Disclosure: This event was hosted by Lionsgate, but all thoughts and opinions are my own.

My Little Pony: The Movie Party Plus Interviews With Tara Strong 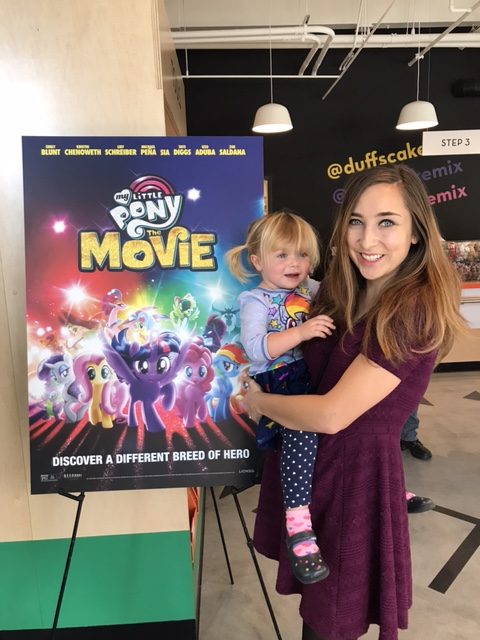 Recently, I attended a fun My Little Pony themed party at Duff’s Cakemix in Pasadena to celebrate the digital release of My Little Pony: The Movie – which is now available today! Duff’s Cakemix was the perfect setting – at the location, you can custom decorate cakes from the fondant to the toppings, the whole look of the bakery was incredible colorful (just like the ponies in Ponyville). There were of course cakes and cupcakes themed to My Little Pony, and little pony figurines on the table that the kids could use for cupcake toppers to complete their cupcake creations. 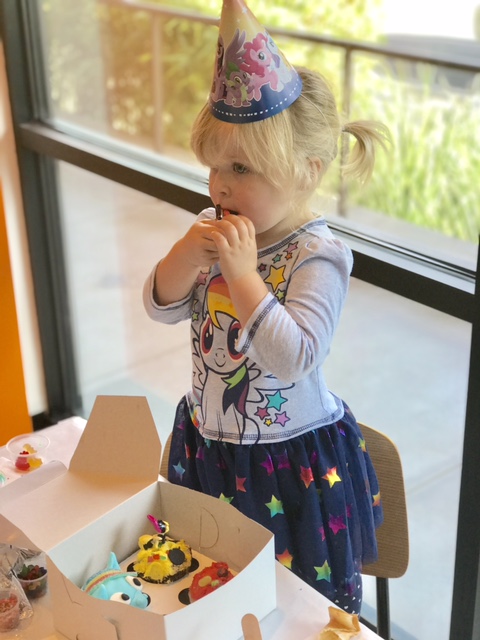 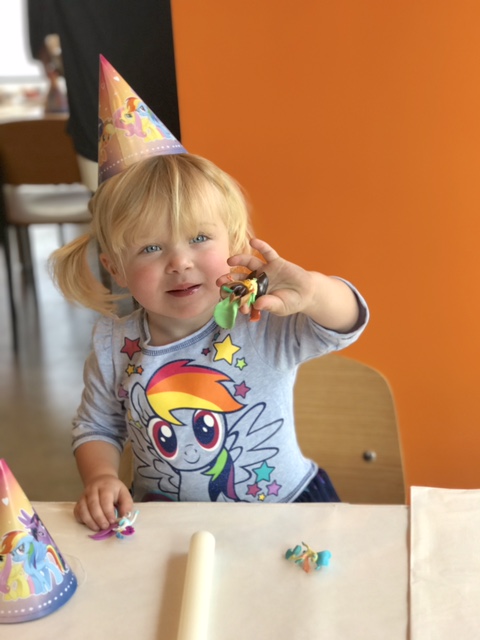 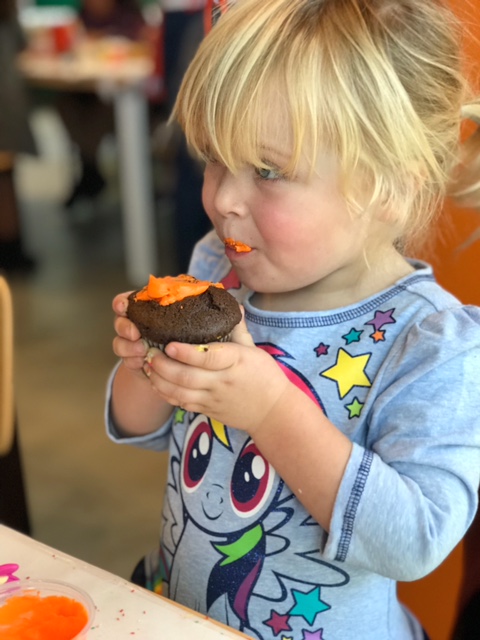 The highlight of the party was getting to meet Tara Strong, who voices Twilight Sparkle. From interviewing her, it was clear to see that she has a lot of passion for her character and for My Little Pony. Tara Strong said she loved playing with the original My Little Ponies as a child, so was excited when she was brought on to do My Little Pony: Friendship is Magic. She feels the current show goes beyond the original, in that this show inspires that the world should be inclusive to everyone. By evidence of the show’s fan base, which has a wide diversity of ages, genders, races.. as Strong put it, “I don’t think I’ve ever seen a fandom quite like this.” 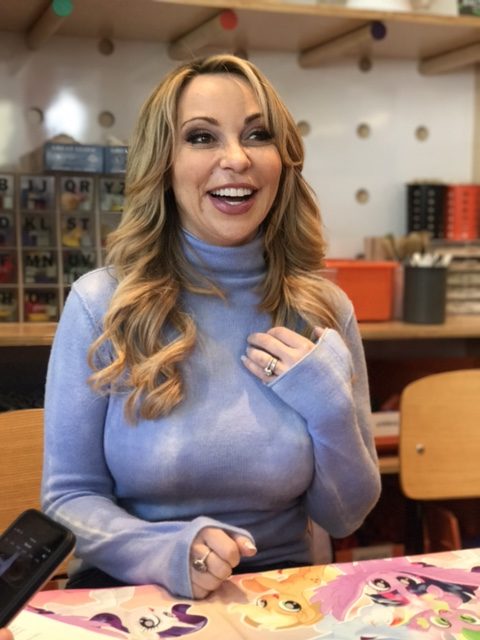 The fandom for My Little Pony has grown so much that we now have My Little Pony: The Movie. With one of Strong’s favorite things about the movie being the introduction of sea ponies! (I quite loved that scene too, fun music and an under the sea look, and a new pony world to explore!) After the interview with Tara Strong, she said hello to the kids at the party and would even talk in Twilight’s voice (the kids got very excited to meet the real Twilight Sparkle). My daughter absolutely loved meeting her, and showing off her Rainbow Dash dress to her! 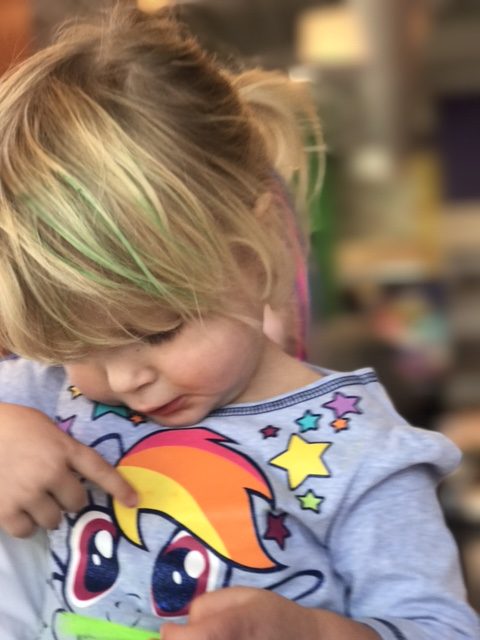 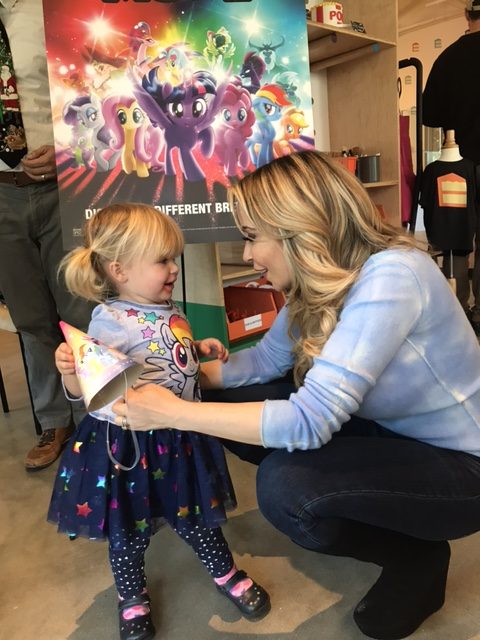