Ever since its original release in 1964, Mary Poppins has been a classic and one of Disney’s crowning achievements, with good reason. Its catchy songs, imaginative story and visuals, and career-defining performances by its stars Julie Andrews and Dick Van Dyke are just some of the reasons the film has endured. When it’s long-awaited sequel finally entered development, many were concerned the new film wouldn’t live up to its predecessor or be able to capture the magic of the original. But against all odds, Mary Poppins Returns lives up to its name and ushers in a brand new story, with every bit of imagination and delight as the first. 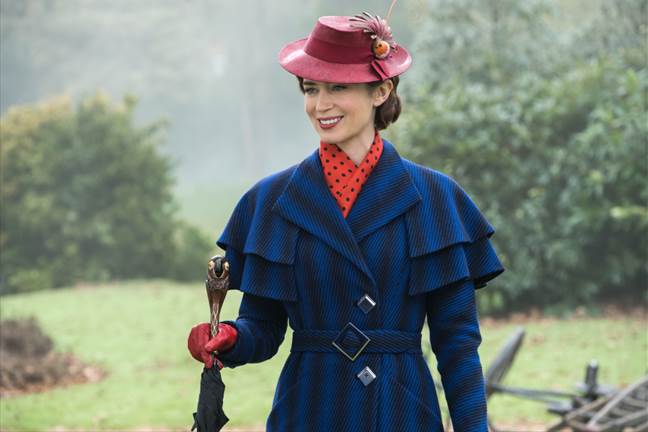 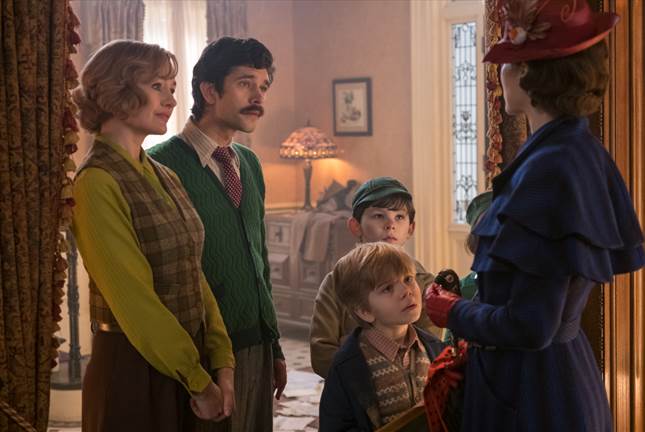 Set many years after the original, during the Great Slump in London, England, a now-grown Michael Banks struggles to raise his three children after the death of his wife. When the bank forecloses on his mortgage, Michael panics at the thought of losing the family home on Cherry Tree Lane. Then, as mysteriously as she arrived years prior, Mary Poppins descends from the sky to take of the Bankses once more, taking the three kids under her charge. She then leads them on an adventure of magic and imagination, into undersea bathtubs, music halls on porcelain bowls, and the underground world of London’s lamplighters, on their way to mend the hurting family and teach Michael Banks how to be a child again. 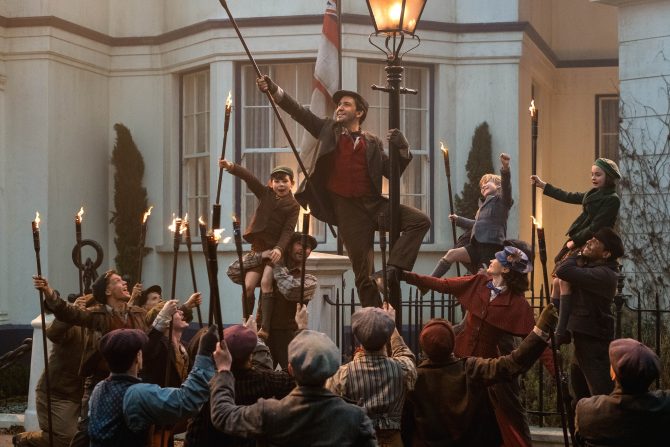 Tackling the seemingly impossible task of recapturing the indescribable quality that made the original so beloved, Mary Poppins Returns takes each of its cues from the story that came before it, and it succeeds in creating something brand new at the same time. The magic is familiar, yet simultaneously new and exciting at every turn. Much of this is owed to Emily Blunt’s flawless performance of Mary Poppins herself. Much like Andrews before her, she completely becomes the role, filled with brusque confidence and more than enough sarcasm.
The supporting cast also does an amazing job of bring this electric story to life, chief among them Lin-Manuel Miranda’s performance as Jack, a kindly, optimistic lamplighter in London who lends a friendly hand to Mary Poppins in teaching the Banks children their life lessons. Ben Whishaw also earns special mentions for bringing emotional depth to what could have been a completely saccharine story, as a young father desperately grasping for situations to fix his family, only to fail each of his pursuits, until Mary Poppins is able to properly teach him, too, what really needs fixing. 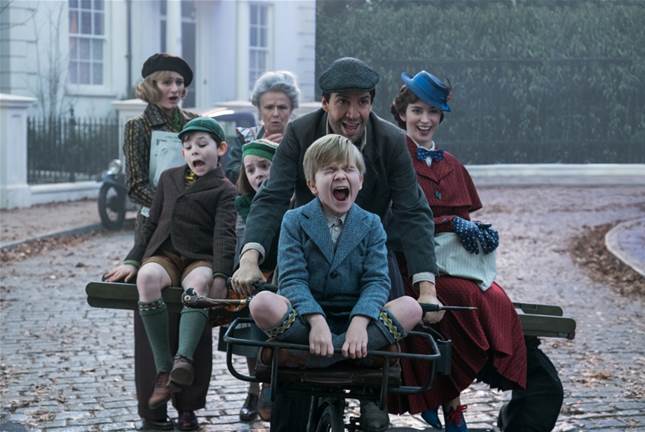 The music also deserves special mention, in what will assuredly be a classic soundtrack similar to the first film’s. Songs such as “Can You Imagine That?” and “Trip a Little Light Fantastic” are destined to be in Disney’s Hall of Fame, alongside “A Spoonful of Sugar” and “Chim-Chim-Churee.”
Remakes and sequels are often looked at with a cynical eye nowadays, but Mary Poppins Returns defies that perception with the magic we all remember from 1963, but recreated for a new generation, and generations to come. To read about the making-of Mary Poppins Returns, you can check out interviews with the cast and director Rob Marshall here. To continue the fun past seeing the movie, you can print these free Mary Poppins coloring pages and activity sheets.
Mary Poppins Returns is now playing in theatres.