If you’ve seen the film Mary Poppins Returns (now on Digital and on Blu-ray March 19thy), you know how magical the movie is! The making-of Mary Poppins Returns was just as magical as the final cut ofthe film, filled with passion by its filmmakers and cast. I was able to learn more about working on the film and being on set from attending Mary Poppins Returns interviews with director Rob Marshall, lyricist Scott Whitman, and actress Angela Lansbury (who plays the Balloon Lady).

An Interview with Director Rob Marshall

I recently went to Walt Disney Studios to interview Rob Marshall, the amazing director who was also behind Memoirs of a Geisha and Chicago. Mary Poppins was his favorite movie growing up as a child, making Mary Poppins Returns the ultimate passion project for him. Marshall said everyone who he reached out to to be a part of the film signed on right away, and everyone had a great deal of humility since they were following in the footsteps of such an iconic film.

This was Marshall’s first original musical done for film. All the musicals he had done before came from Broadway. Although there are eight P.L. Travers Mary Poppins books, they aren’t episodic, so they had to create their own story which they decided to have take place 25 years later and what happened to Michael and Jane when they grew up. Marshall had really wanted to create a story that took place in the 1930’s, since that is when the original books were written (with the first one taking place in 1934).

“When you read the books you feel the Depression era. You feel the bank being broken. 17 Cherry Tree Lane was the shabbiest house on the street, and Mrs. Banks had to decide between fixing up the house or having children. So I wanted to set the film in the Depression era of the books. The first one was set in 1910, so this next once was set 25 years later. It was thrilling to create something completely new, which is why we had a lot of rehearsal time. Not only did we have an original musical to create, but you see the scale and enormity of what we had to accomplish.”

Marshall also shared that it was important to him to pay homage to the original Mary Poppins by having hand drawn animation. He had to bring many animators out of retirement, since hand-drawn animation is not that common of a skill nowadays. This combined with the flying, and large musical numbers felt to the scale of the large MGM musicals of the day. Fast forward to the premiere day of Mary Poppins Returns, and Marshall was feeling emotional thinking about how Mary Poppins closed down Hollywood Boulevard and had their premiere at Grauman’s Chinese Theatre, and they were also closing down Hollywood Blvd for their premiere and having their screening next door! That moment really made it sink it to him that they were part of the Mary Poppins legacy. 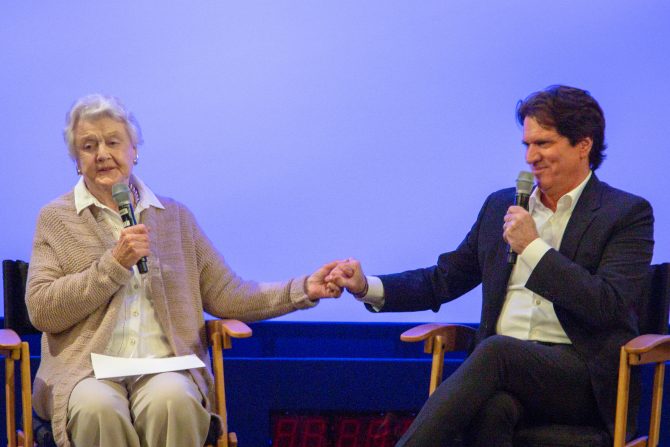 An Interview With Angela Lansbury

I was already in awe of getting to interview Rob Marshall, so imagine how shocked I was when the legendary actress Angela Lansbury walked in to join Rob Marshall! It was a complete surprise! Lansbury plays the Balloon Lady, who sings the final song in Mary Poppins Returns. While she has a short amount of screentime in the film, as Marshall said during the interviews: “It still feels magical, because it’s Angela. [cont’d.] To have her there leading our finale, was the honor of my life.”

Lansbury talked about how filming her scene in Mary Poppins Returns was a lovely experience for her, since she had her granddaughter there with her on set (it was the first time she had ever been on a Disney set). Working on a Disney film is something completely different from doing any other films. Playing a role in a Disney film requires a simplicity and a warmth and humanity that doesn’t really exist in most films I’ve done over the years. It’s a rarity to have the opportunity to be an actress in a Disney film; I will do anything they ask me!

An Interview With Scott Whitman

A couple days after the incredible day interviewing Rob Marshall and Angela Lansbury, I was able to hop on a call to be on a phone interview with Scott Whitman, lyricist for Mary Poppins Returns. What I love so much about the songs in the film is that they flow so seamlessly with the original Mary Poppins, while still being fresh and original. It was great having a chat with him about the process:

Q: What was the most challenging part of this project for you?

Scott Whitman: The song “Can You Imagine That” had the most pressure since it was the first time audiences would be hearing Mary Poppins sing in 54 years. Emily (Blunt) was part of this process since she was cast from the very beginning, and she had this fearlessness to her, which was very contagious.

Q: Which song was the most sentimental to you?

Scott Whitman: “Where the Lost Things Go.” People who leave you are still inside you is a message I really wanted to share. I also feel that P.L. Travers was represented in this song.

Q: What do you hope people take away from the film? 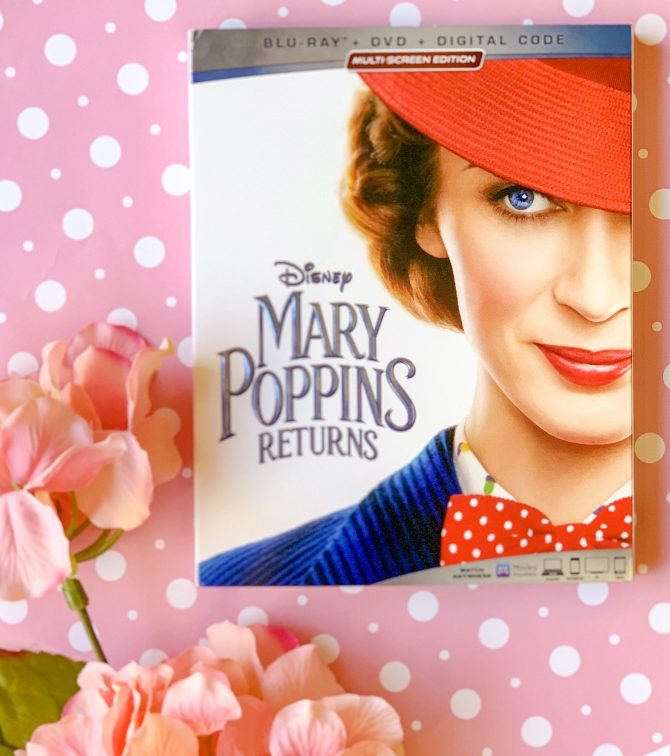 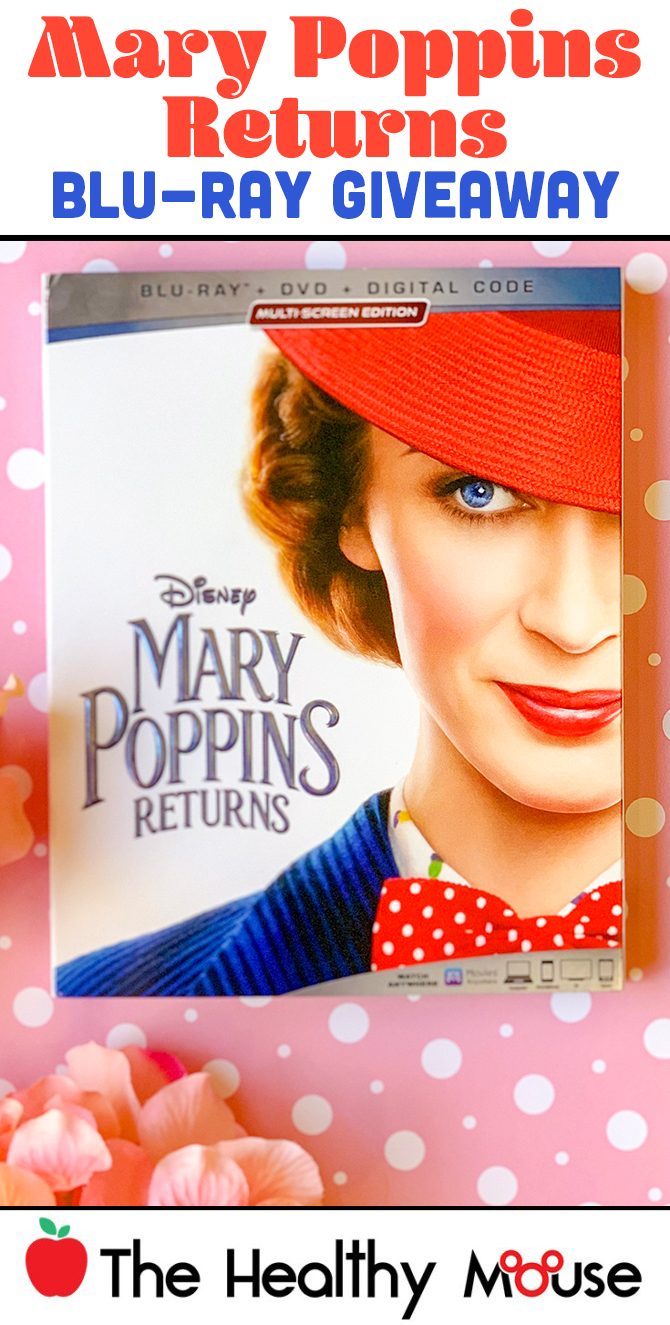