Right before heading to the red carpet premiere of Disney’s The Nutcracker and the Four Realms, myself and the other bloggers on the press trip had the honor of interviewing Mackenzie Foy, who plays the lead character Clara in the film. Dressed in our outfits for the premiere, we interviewed Foy in the historic Roosevelt Hotel in Hollywood, the perfect grand setting for doing press on an equally grand film, The Nutcracker and the Four Realms. 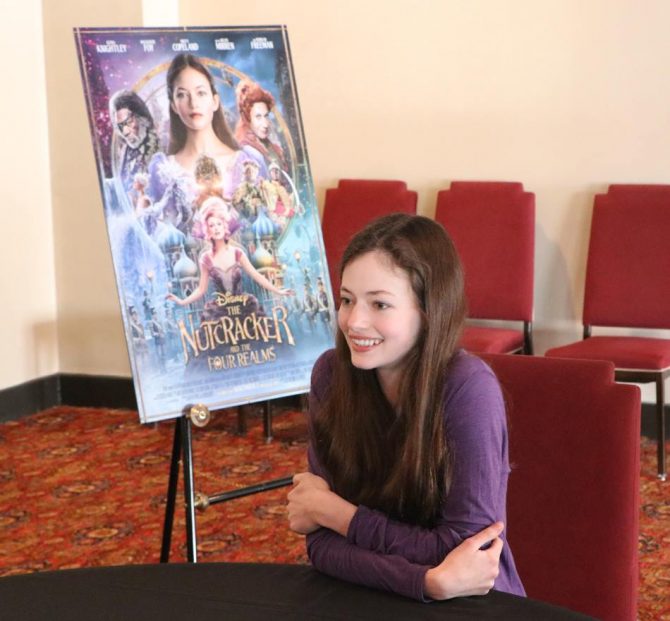 Upon sitting down with Foy, I had to ask her a question that had been on my mind: Now that you are in a Disney film, I am curious about what some of your favorite Disney movies are? Foy responded, “Cinderella is my favorite, I also really like Atlantis!”

Foy also talked about how it feels to be playing Clara in The Nutcracker and the Four Realms:

“What’s beautiful about The Nutcracker is that it’s such a beloved story throughout many many years, and it’s really fun to play a character that so many people all over the world can relate to and have a childhood connection to who saw the ballet when they were young. It was a really cool thing to be able to do.”

Some of her favorite parts about playing the character were the amazing costumes, her favorite one in particular is her purple party dress that Clara wears in the opening scenes of the film (she loved getting to have a proper bustle on her dress). Her favorite setting of the film was The Land of Snowflakes, since being in LA so much she is currently craving that winter weather! 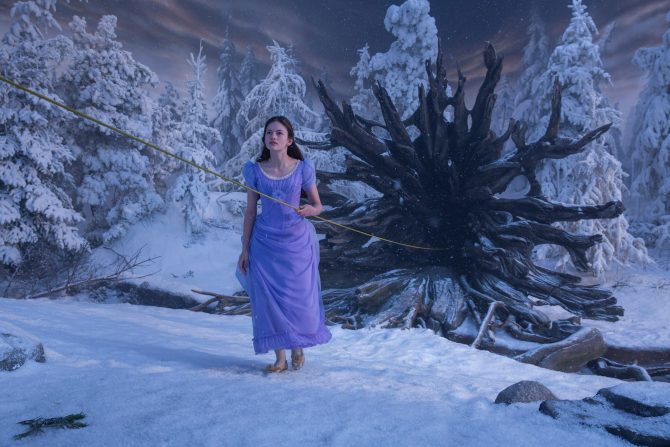 Mackenzie Foy is Clara in THE NUTCRACKER AND THE FOUR REALMS

Some behind-the-scenes fun Foy had on the film was when the cast and crew had a competition on who can deck out their trailers in the best holiday decor!  Foy also had to so a lot of horse stunt training for the film – I absolutely loved learning she had such a hands on experience filming her parts riding horses! 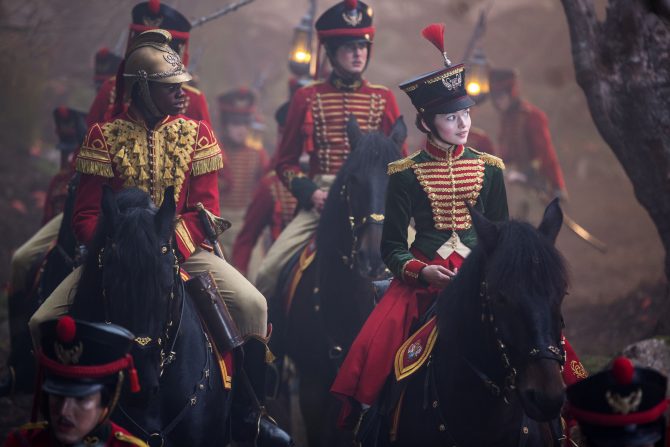 Mackenzie Foy is Clara and Jayden Fowara-Knight is Phillip the Nutcracker in Disney’s THE NUTCRACKER AND THE FOUR REALMS.

She also talked about how she enjoyed working with Morgan Freeman (who plays her Godfather), she described him as “very joyous with a fun sense of humor.” Her favorite scene of the movie was the one featuring Misty Copeland dancing ballet. Foy loved that for that scene (as well as many other scenes of the film) used real sets rather than CGI, and practical effects!

Mackenzie Foy hopes that Disney’s The Nutcracker and the Four Realms will become a holiday classic that families will watch year after year. She feels the film really captures the spirit of the holiday season, and that joyous feeling you have during the winter season. She also loves that the film feels nostalgic, yet still has plenty of twists and turns. It was so great meeting her, and was a pleasure seeing her perform this role on the big screen! 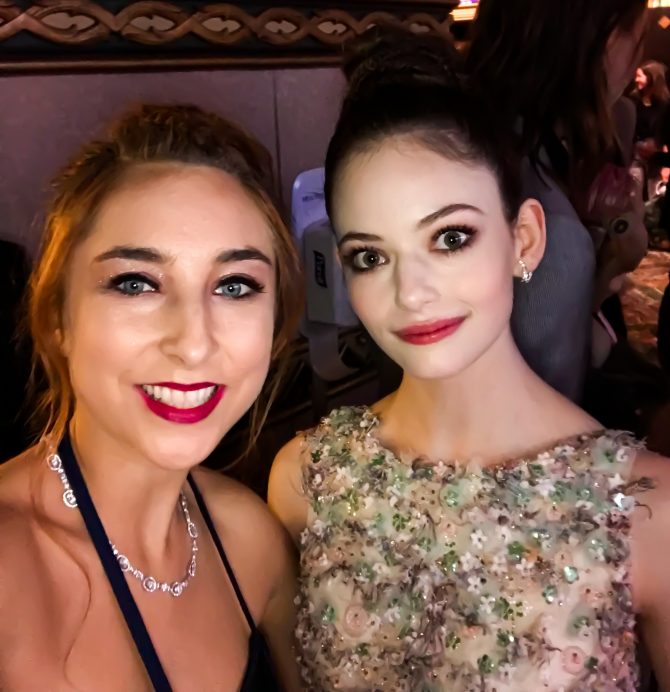 The Nutcracker and the Four Realms is now playing in theaters. You can read my spoiler-free review of the film, and purchase tickets here.