I think it’s unanimous that all Disney fans get incredibly excited (and nostalgic) when they hear the opening of “Circle of Life”.  After having just seen The Lion King at the World Premiere, I went to the Montage Beverly Hills the next day for the press junket with the incredibly talented cast. As we await for the talent to arrive onstage, we hear the opening notes of “Circle of Life” with a choir walking into the conference room. The soloists who performed were Clydene Jackson and Lebo M, who was one of the soloists in the original version of “Circle of Life.” The choir was the choir who performed the song for the 2019 movie. Let me tell you, it was just as magical in person as it is to hear it paired with the film on the big screen:

Working with the CGI technology to create photorealistic animals that show emotion is something director Jon Favreau has had experience with before when he directed Disney’s live action The Jungle Book. With that being six years ago when he began that process, this technology has grown even more. Favreau wanted to utilize these new technologies with a story like The Lion King which has great music, great characters, and a great story. 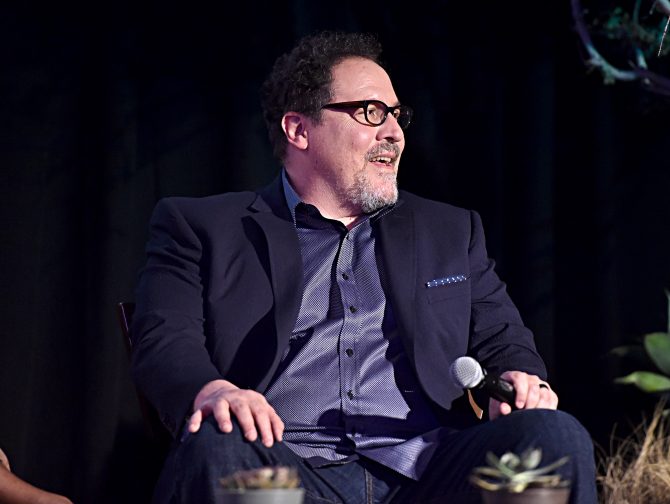 Favreau has been working on The Lion King for about three years now, and expressed how from the get go this film has been a “big leap of faith”:

“This isn’t like one of those things where I’ve been toiling away alone. It’s been a huge raft of artists, people who were involved with developing the musical landscape of it, doing early recordings, and coming in and contributing through improvisation, redoing scenes, rewriting scenes. So this team here isn’t just a bunch of people that recorded one time at a music stand and come here for the press conference. These were all people who were collaborators and filmmakers along with me.”

Different from creating The Jungle Book, for The Lion King Favreau created a VR game for the actors to immerse themselves in the environments of the film. Instead of using motion capture technology, they were writing code as if they were trying to create a multiplayer VR filmmaking game. They would design all of the environments of the film, then take the recordings they had from the actors, and animate within the VR world. The film crew was able to put on headsets and set cameras within the VR world. They would have their script supervisors, set dressers, etc go within this world.

“So we kept the same film culture and planted it using this technology into the VR realm. And so although the film was completely animated as far as performances went, it allowed a live action film crew to go in and use the tools they were used to. And so part of what’s so beautiful about the lighting, the camera work, the shots of the film, was that we were able to inherit a whole career of experience and artistry from our fantastic team. And I think that it’s nice to look at technology as an invitation for things to progress and not always something that’s going to change the way everything came before it. I think there’s a balance between innovation and tradition.”

The Actors Behind the Role of Simba

JD McCrary (Young Simba) spoke about getting to have this experience Favreau helped create. He would go into the VR world with his co-star Shahadi Wright Joseph (Young Nala). 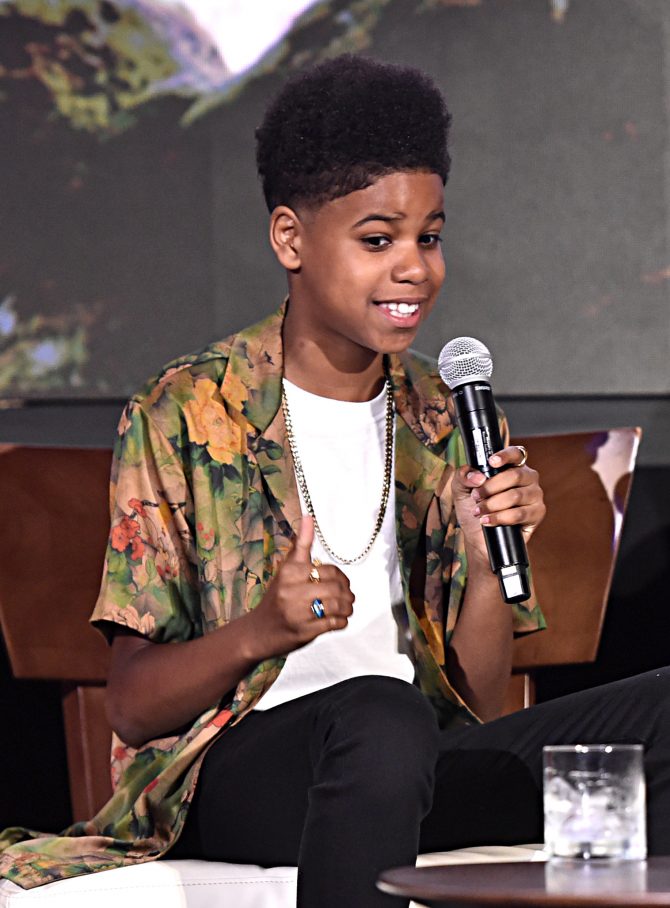 “We put on the headsets, we had these little controllers in our hands, and we could fly. It was like we were Zazu. We were birds. We were wherever we wanted to be. And we saw everything. We saw the Pridelands. We saw Pride Rock. We saw the watering hole. We saw the elephant graveyard. We saw it all.”

Donald Glover (Simba) felt honored to get to be a part of The Lion King, with its message about the circle of life.

“I really feel that it’s good to make movies that are global and metropolitan in the sense of the citizens of the world. Like making sure that we talk about how connected we are right now.” 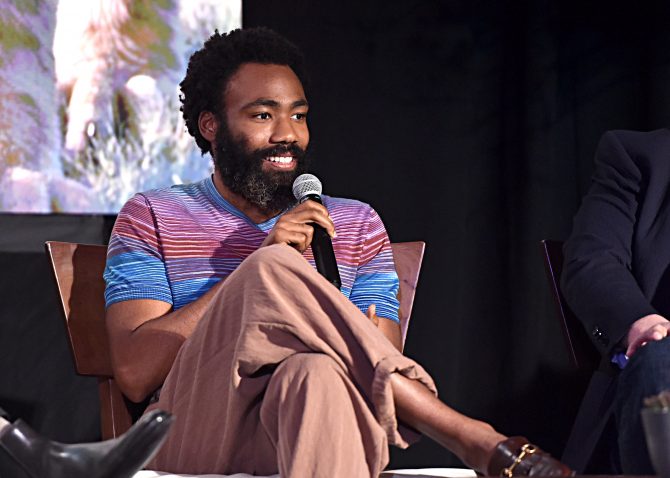 He was particularly excited to get to share the movie with his son, who saw it for the first time at the World Premiere. He didn’t tell him ahead of time that he was voicing Simba, so when he told his son they were seeing The Lion King he said “Oh the one with Beyonce!” Then later realized when watching it the big bonus that his dad was in it too! As a fellow parent, I always love hearing stories like this! 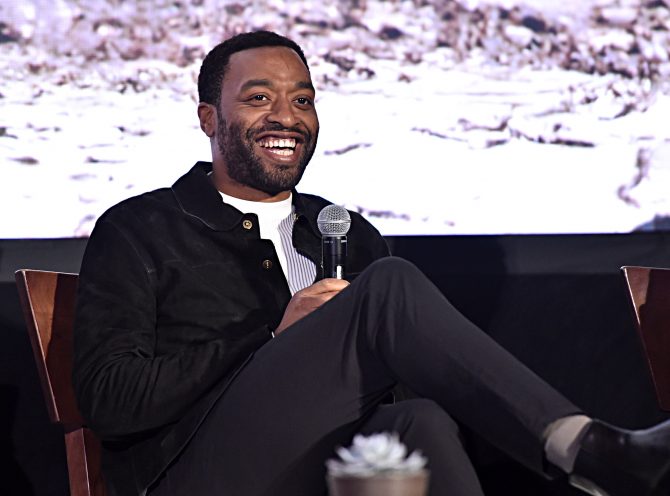 Chiwitel Ejiofor portrays arguably one of the most iconic Disney villains: Scar! To dive into the character he had to approach understanding Scar through empathizing, rather than sympathizing him. He looked at the character that Jeremy Irons originally voiced, and then placed himself in his circumstances to help make it his own and create an individual slant.

Of course for the roles of BFFs Timon and Pumbaa, you have to have amazing humor and great chemistry. To help make every scene Timon and Pumbaa had feel natural and have humor, Seth Rogen (Pumbaa) and Billy Eichner (Timon) recorded all of their scenes together.  Favreau encouraged them to improvise a lot together so that them playing off one another felt natural, and to explore some new jokes outside of what was written into the script. 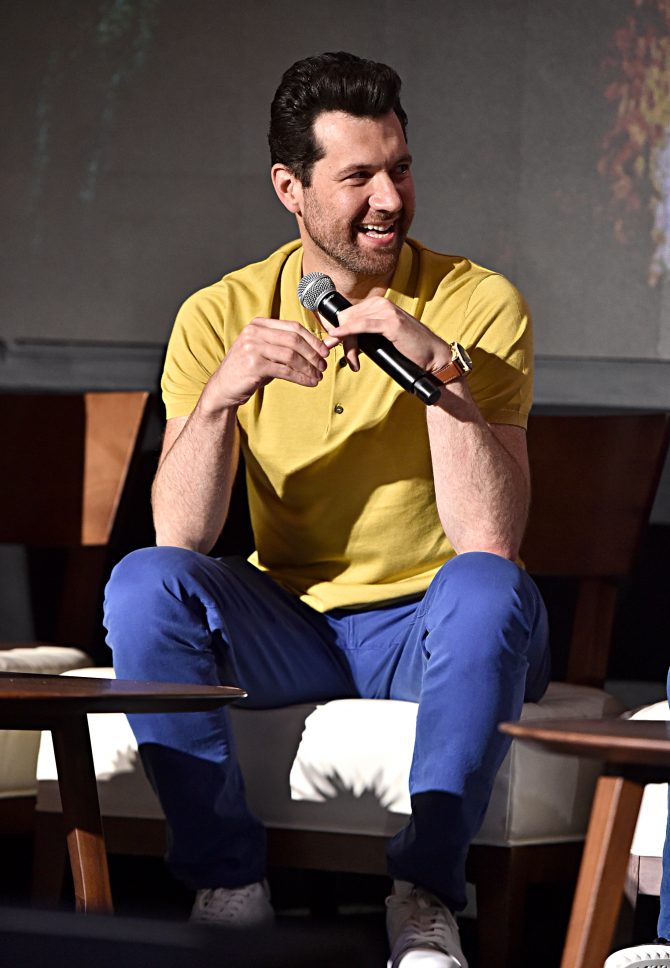 “Being able to riff off each other and really discover our chemistry together in the same moment. You can feel it when you’re watching the movie. I had not seen the finished movie until last night and I was shocked by how much of the riffing actually ended up in the movie. And I think it works.” – Billy Eichner

Rogen and Eichner were also encouraged by Favreau to actually act out the scenes, as if they were in a play as Timon and Pumbaa to help make the acting feel more loose. In the moment, they thought it was just an acting exercise but later found out much of the riffing they did for fun during that exercise ended up in the final cut of the film. 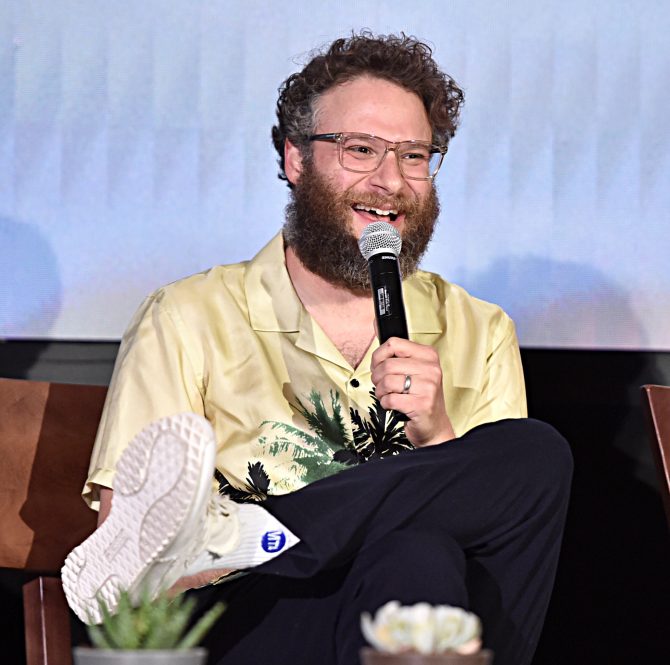 “The fact that it has like a looseness applied to probably the most technologically incredible movie ever made is like what is an amazing contrast. It feels like people in a room just talking. And then it’s refined to a degree that is like inconceivable in a lot of ways. That mixture is what I think is so incredible and that’s what Jon really captured in an amazing way.” – Seth Rogen

Playing the Role of Rafiki

Dr. John Kani shared his emotional connection to the story of The Lion King, and his character Rafiki. Dr. Kani is actually from South Africa, and was excited to be able to be part of an African story. He strives to find relevance and resonance in everything that he does, and tries to find himself within what he does. 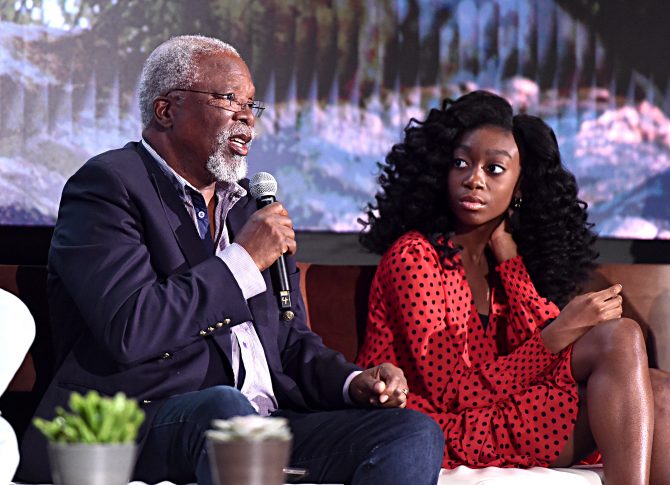 “And it’s a story that I’m looking forward to our premiere in Johannesburg, where it will be full of all African people who are looking for something that is about them. We are sort of not at the level of entertainment that the western world is. Everything we see on the play in the screen, we read, we take serious. We take that it speaks to me. And so wonderful to see how the Johannesburg South African audiences will say what does it say to me? What does it make me feel? Why am I celebrating it? Is it humanity? Is it us? Is it our dignity? Is it our future? And is it what we want to tell our children?”

Dr. Kani’s thoughts about what this film might mean to the people of South Africa really speaks to the impact this story has had across the world.

The Lion King Coming to Theatres 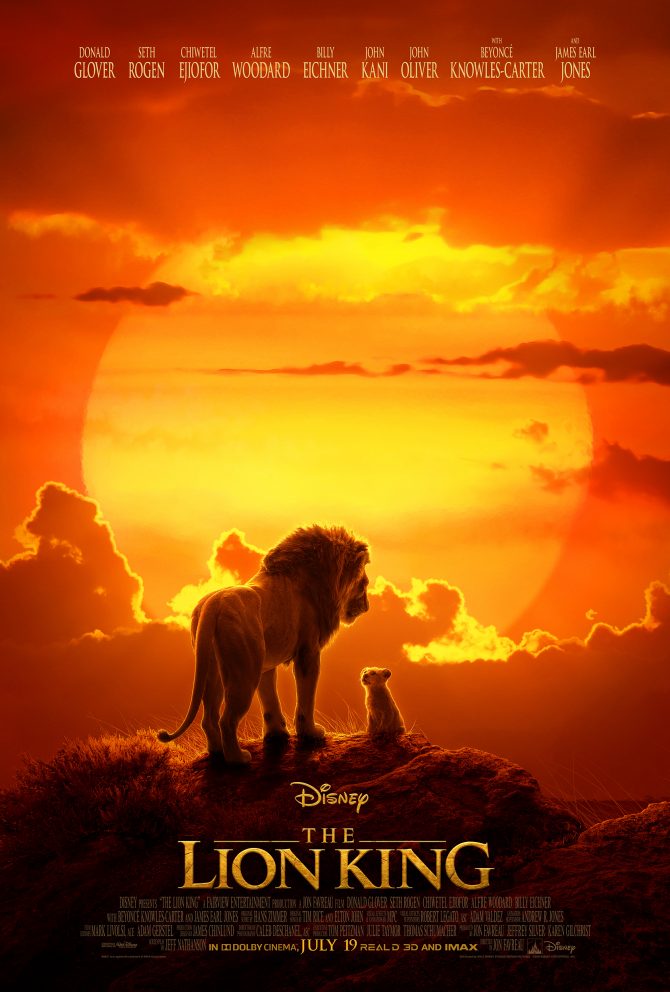 With The Lion King being the first film I remember seeing in theatres as a kid, being able to see this impactful story come to life in a whole new way, and learn from Jon Favreau and the cast about the process of telling this classic Disney story in a whole new way was remarkable to say the least. You can see Disney’s The Lion King in theatres July 19th. Stay tuned soon for my review of the film! You can also check out my experience attending the World Premiere in Hollywood here.