This post was sponsored by Landscape Structures as part of an Influencer Activation for Influence Central and all opinions expressed in my post are my own.

Of course as the mom of a four year old, there’s a place I spend a lot of my time: playgrounds! My daughter absolutely loves them, but unless there are other kids around when we go she tends to not enjoy them as much. It just doesn’t feel as fun or imaginative when you are doing the motions of going on a swing or slide without having other kids to help you create a story for play. Being newer to the Los Angeles area, we’ve been exploring new parks, and found a few that have incredibly cute themes, called Landscape Structures. They have several around where I live, and many throughout the United States even! Finding Landscape Structures has been a big game changer in my daughter’s play for several reasons! 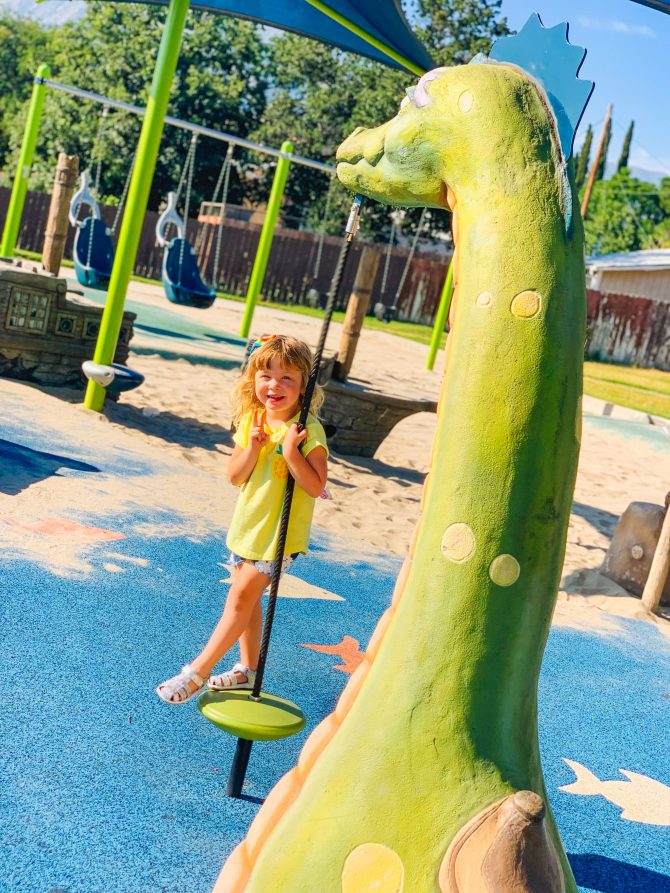 The Landscape Structures playground we visited was Howard Finn Park in Sunland, CA. It has a nautical-fantasy theme, with a sunken pirate ship, underwater creatures, and a sea monster! Each playground is themed for different kind of storytelling. Other ones near us include a park modeled after a submarine, one after a farm, and one with an outer space theme! 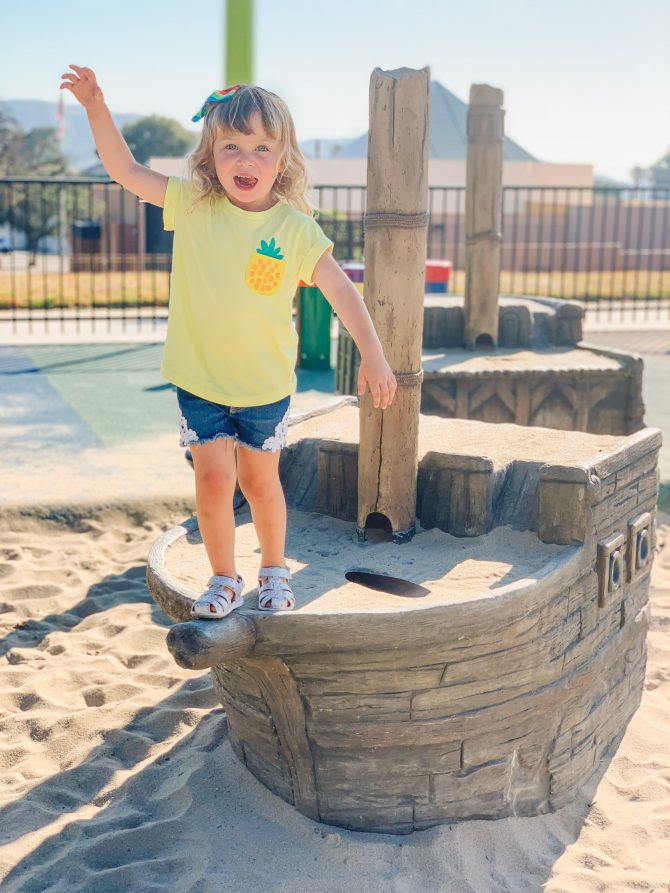 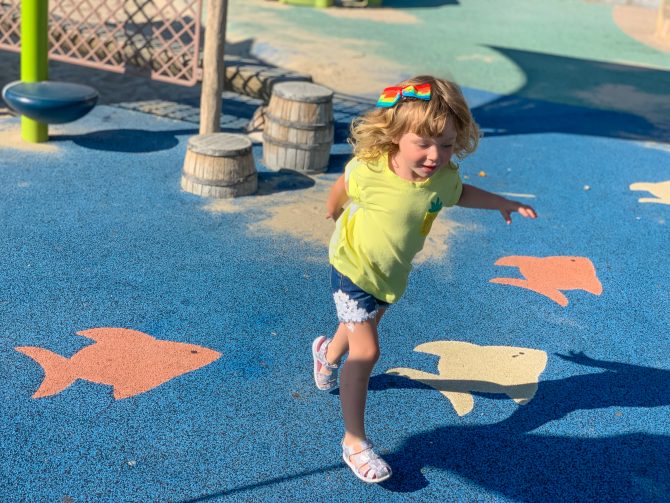 The theming is not only cute, but seemed to make a world of difference to my daughter’s play! It really made her excited and helped her gain the confidence to do storytelling based on her surroundings even when she is creating the story on her own. She saw the pirate ship, and immediately began pretending she was a pirate and I was her first mate. She was then using all the elements around her to add to the story! 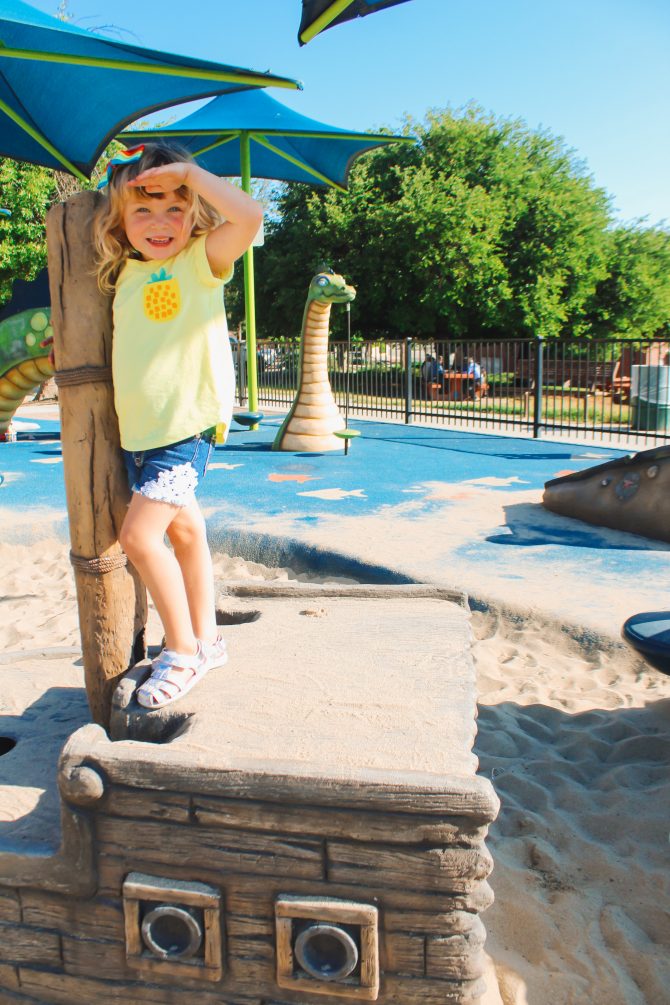 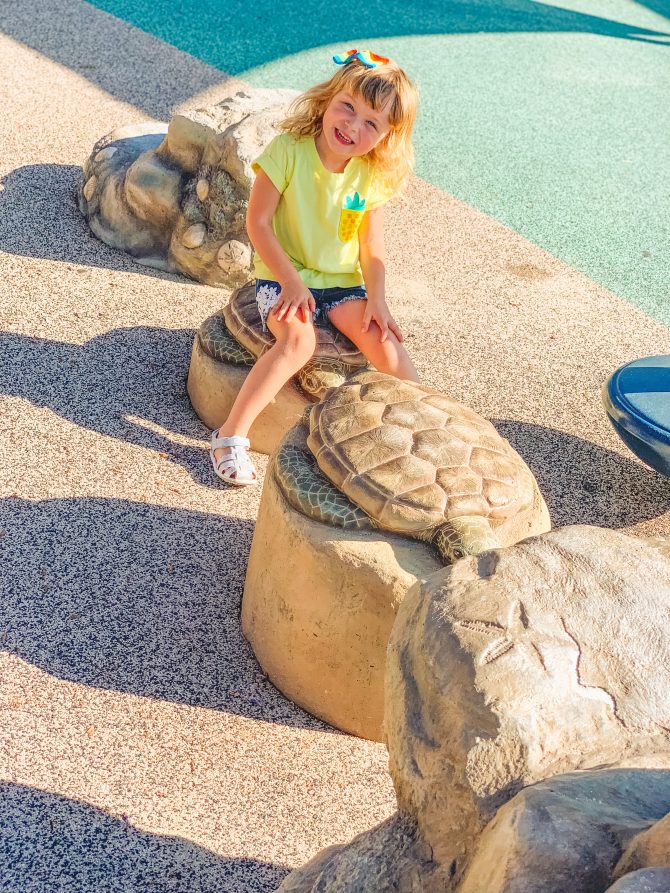 When Amelia is at a Landscape Structures playground, she isn’t just running around for exercise and to get out energy. She is running around and also using her creativity, gaining self discovery, inspiration for her imagination, and an amazing memory from how we spent our day. 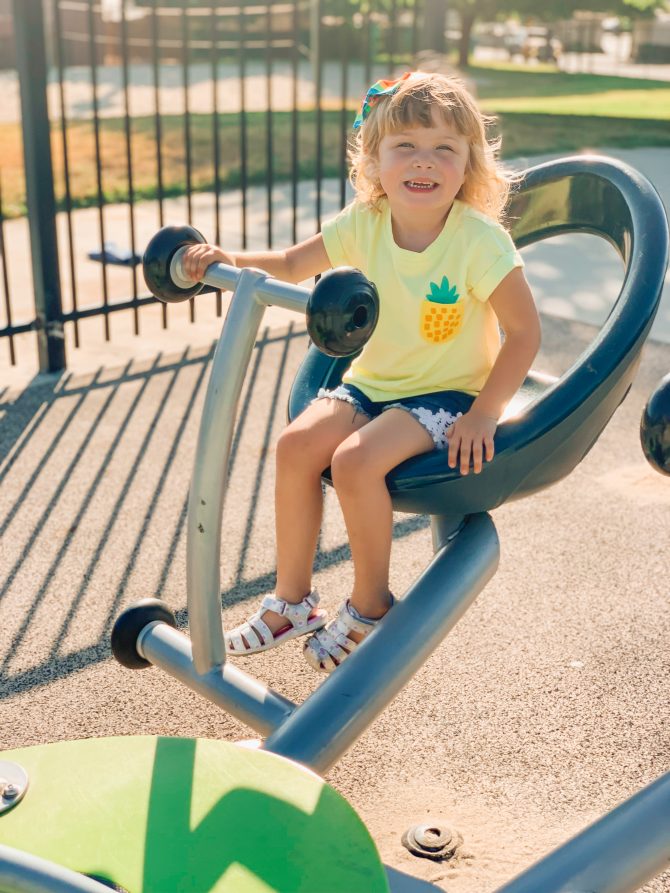 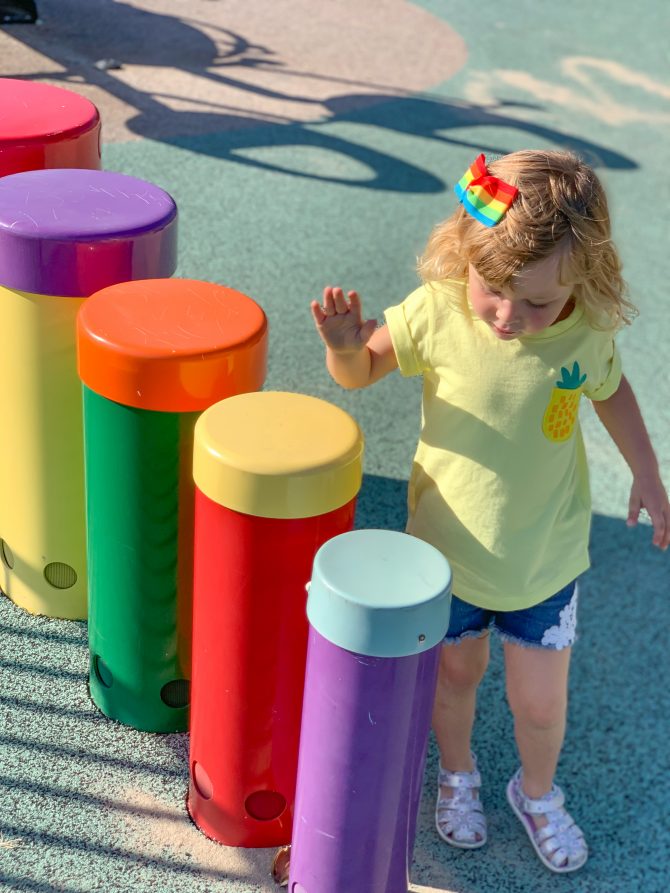 These playgrounds designed by Landscape Structures also help build welcoming spaces for their communities, as their innovative structures help welcome all ages and abilities. My daughter has loved playtime outside so much more since discovering these hubs for community, imagination and play. She keeps wanting to visit different ones since our first visit to Howard Finn Park! You can find a Landscape Structures playground near you by visiting their site here.