I must say, The Incredibles 2 press conference was one of the best press events I’ve attended! Aside from the stellar talent who were being interviewed, it felt surreal to be there since us Disney and Pixar fans had been waiting 14 years for this moment. Walking in, I immediately became elated to see that Edna Mode was doing meet and greets! I’ve never been able to meet the fashion genius in person – and I must say she was fabulous! 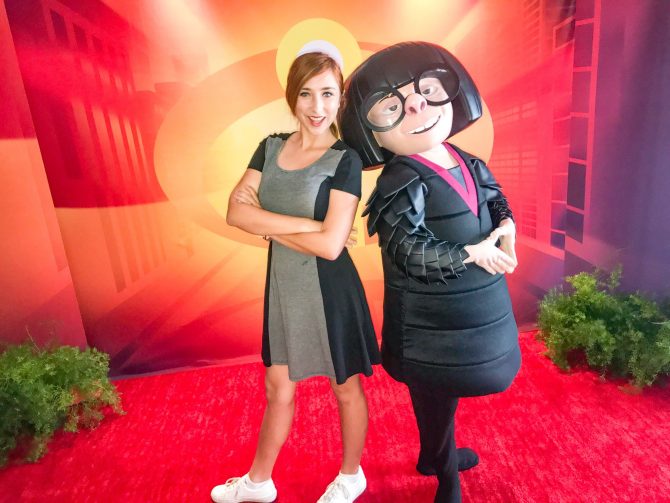 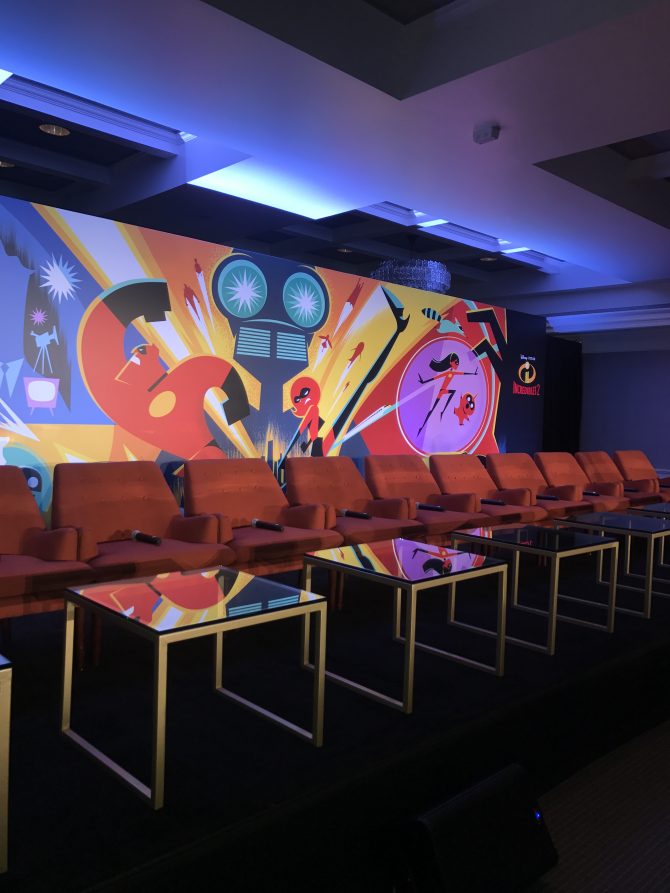 Afterward, I snapped a few pictures with the amazing backdrop on the press conference stage, that gave off the same 1960’s vibes as the film itself does. In attendance was:

Coming Back for The Incredibles 2

What was behind the decision to pick up the movie right where the first movie left off?

Brad Bird: “I just thought it was kind of bold and weird. Because I think people take the time that passes very literally. And I thik that linearly, the characters should have aged. But if they age, their superpowers don’t reflect the part of life that they’re in and their role in the family.” 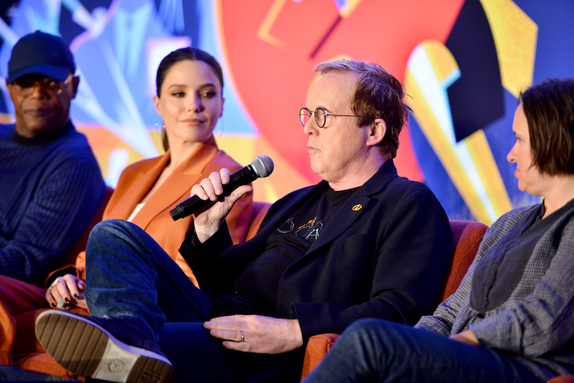 Producer Nicole Grindle talked about how they took advantage of technological improvements, and that advancements in animation helped them make Incredibles 2 look how Bird intended the first film to look. After 14 years of Pixar artists able to further develop their skills and craft, “The characters are much more finally nuanced and developed. We were able to build a lot more sets more quickly. We’ve populated the world with a lot more characters that have hair and clothing.”

Brad Bird later discussed that he had had this idea of a role reversal with Mr. and Mrs. Incredible since the first film. He was also looking forward to exploring Jack-Jack’s powers in a sequel. Those parts of the story were already there when the sequel was discussed, and then the rest of the plot (the villains, etc) came into play further into development of The Incredibles 2.

The actors who voice the Parr family talk a bit about their experiences working on The Incredibles 2:

Holly Hunter (Helen/Elastigirl) was thrilled with her role in The Incredibles 2. In general, she found that this movie was so fun in that all the characters is having revelations, including Jack-Jack. “All the characters are revelations to the audience and to themselves. And I’m no exception as Elastigirl.” 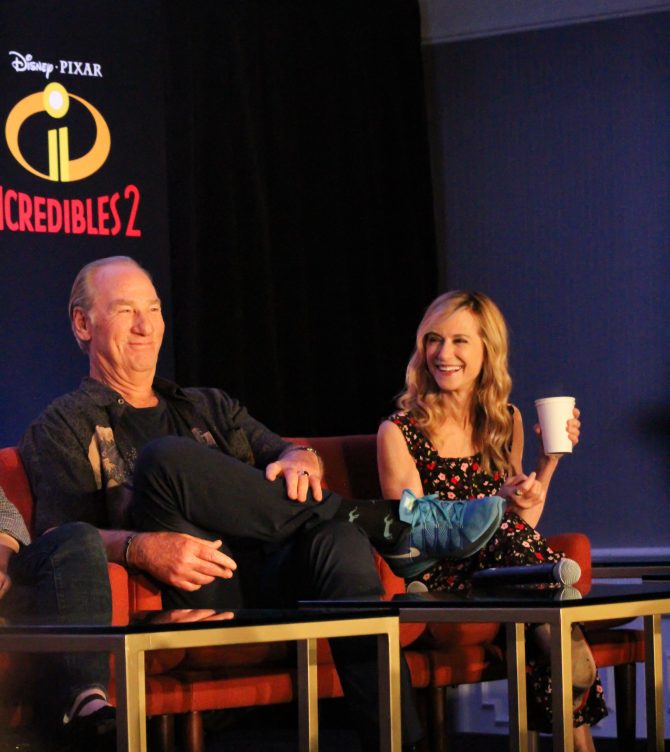 In the new film, Craig T. Nelson’s character Mr. Incredible/Bob Parr is now staying home with the kids in The Incredibles 2. Nelson talked about how he loves that Bob is learning how to be a dad and learn more about his kids. He had a great time recording his interactions with Violet, Jack-Jack, Dash. He also loved doing his part as Bob with his new dynamic with Elastigirl, giving her encouragement as she goes back in the field doing hero work. 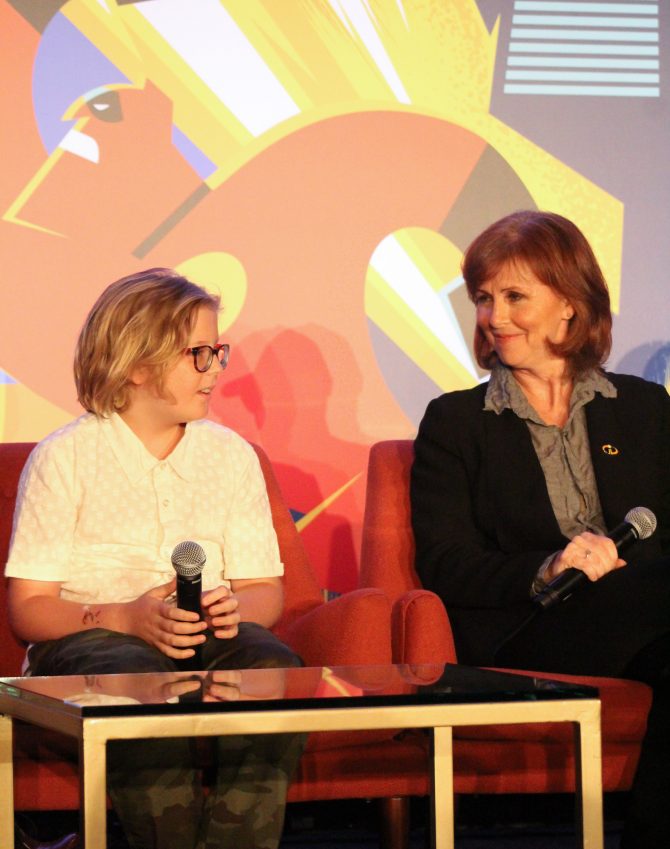 Huck Milner (voice of Dash) was thrilled to be part of The Incredibles 2 since he’s a huge fan of the character Dash. He first saw the film when he was 5 years old, and it instantly became one of his favorite films he watched continuously!

New to The Incredibles 2

Bob Odenkirk joins the cast as Winston Deavor. In speaking about attending the work premiere: “I’ve been knocked out by the visuals in this film. And I’ve only seen the little moments from it in the course of recording this. So to see it in the big beautiful color on the giant screen, I knew it was going to be amazing. And it’s beyond all expectations. I feel like somehow there’s new technology that you’re not telling us about. But because it just looks, it’s got such richness and depth that that was a great treat.” 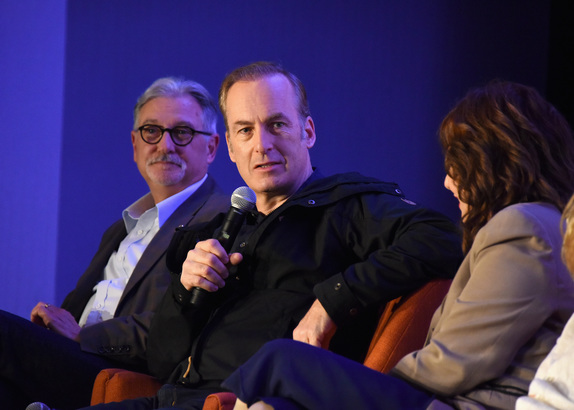 Sophia Bush voices a new super, Void! She was fascinated by seeing the process of a Pixar animated film from start to finish, how it was envisioned from Brad Bird’s head to the early stages of animation, and then all the layering of technology to the final edit. 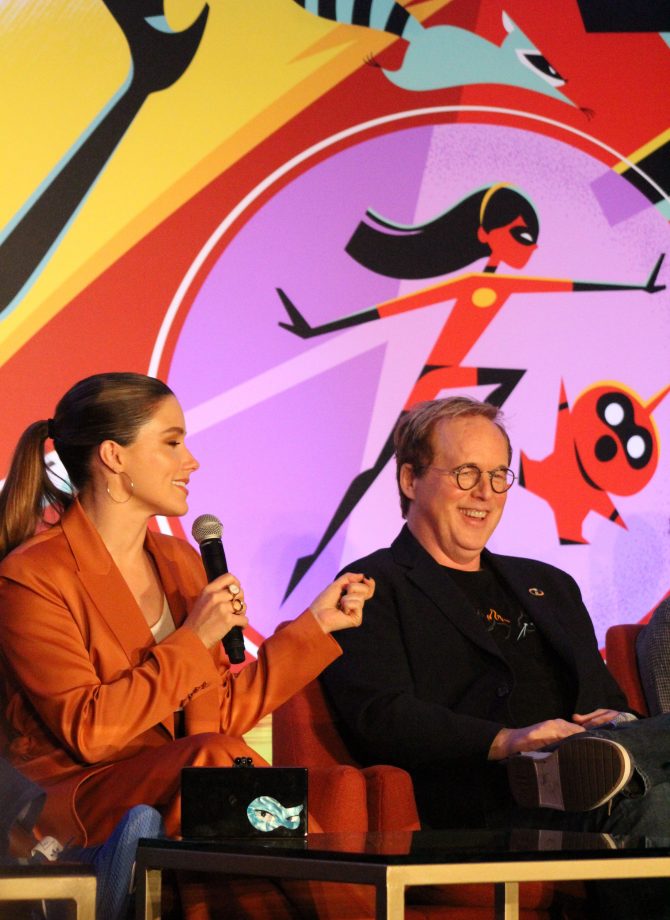 The press conference was an incredible afternoon! I loved hearing the passion for the project that Brad Bird, the producers, and the voice cast have for their characters and this new story. You can see The Incredibles 2 on digital and Blu-ray now!