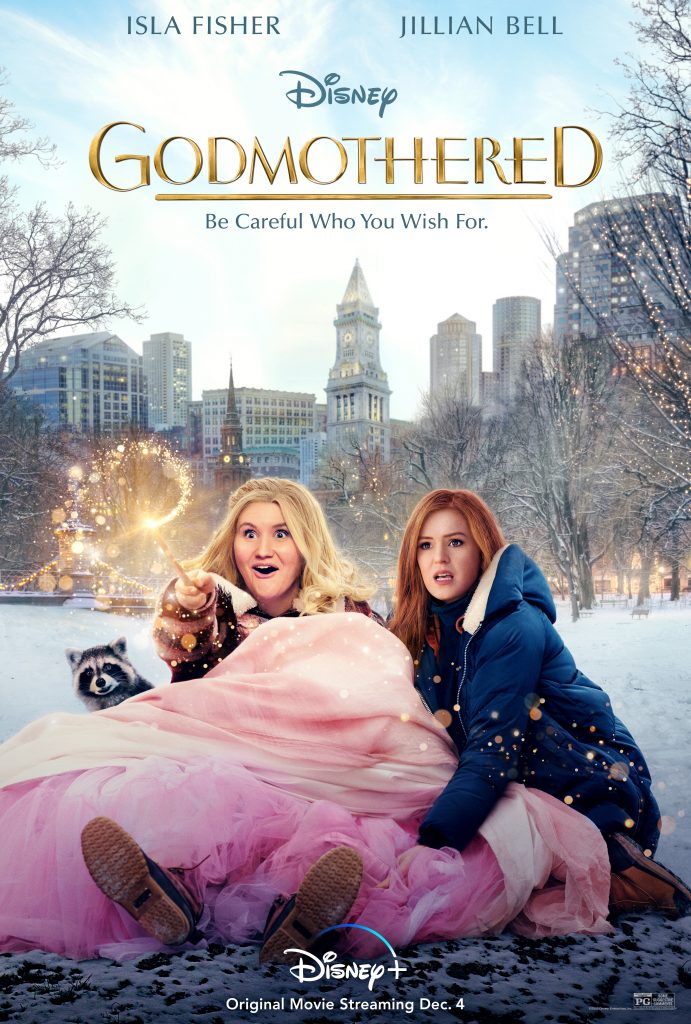 It’s a magical day on Disney+! There’s a ton of new shows, specials, and movies for the holiday season, and one you’ll definitely want to watch with the family is Godmothered, the latest Disney+ original movie! My daughter and I are absolutely in love with this movie…think Enchanted meets timeless holiday movie, with a lot of girl power!

Godmothered follows a cheery, optimistic Fairy-Godmother-in-training named Eleanor (played by Jillian Bell). The Fairy Godmother industry has been taking a dive over the past years since people are no longer asking for magical assistance. With the Fairy School on the brink of shutting down before she can achieve her Godmother title, Eleanor ventures out of “The Motherland” to present day Boston to follow-up on the last wish assignment the school received from a little girl named Mackenzie. Only problem is Mackenzie is now a grown-up, struggling single mother (played by Isla Fisher). With the existence of magic on the line, Eleanor takes it upon herself to lead Mac to true love and achieve her Happily Ever After. 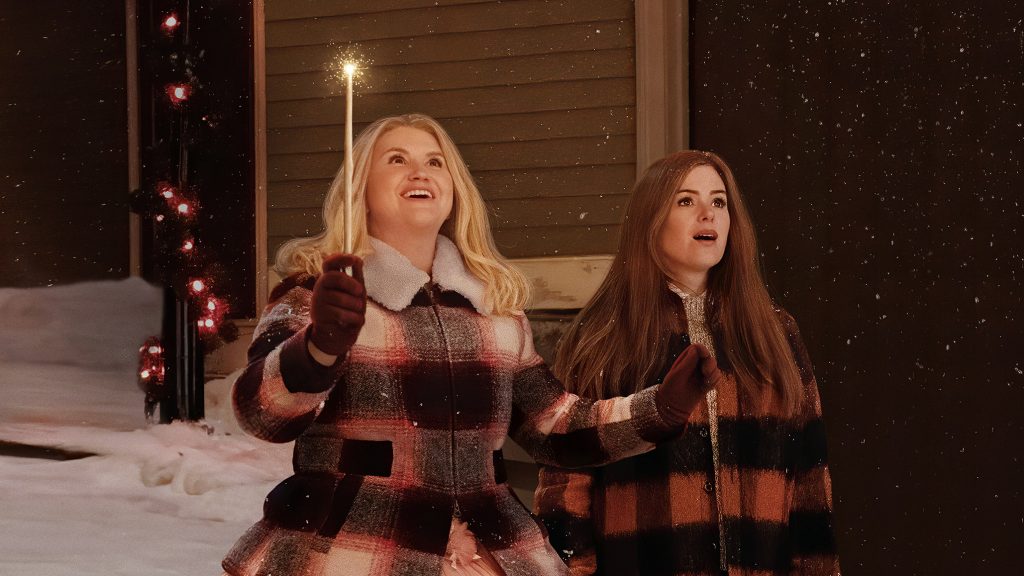 Godmothered, is a modern-day take on classic fairy tale tropes, much in the way of similar classics like Enchanted. It does take a twist however, with an increased focus on Mac’s family, and an emphasis on the fact that everyone’s Happily Ever After can be different. But what’s more, it’s a wonderful holiday movie! The film takes place during the holiday season, making a perfect backdrop for the magical story that you can enjoy with your family. 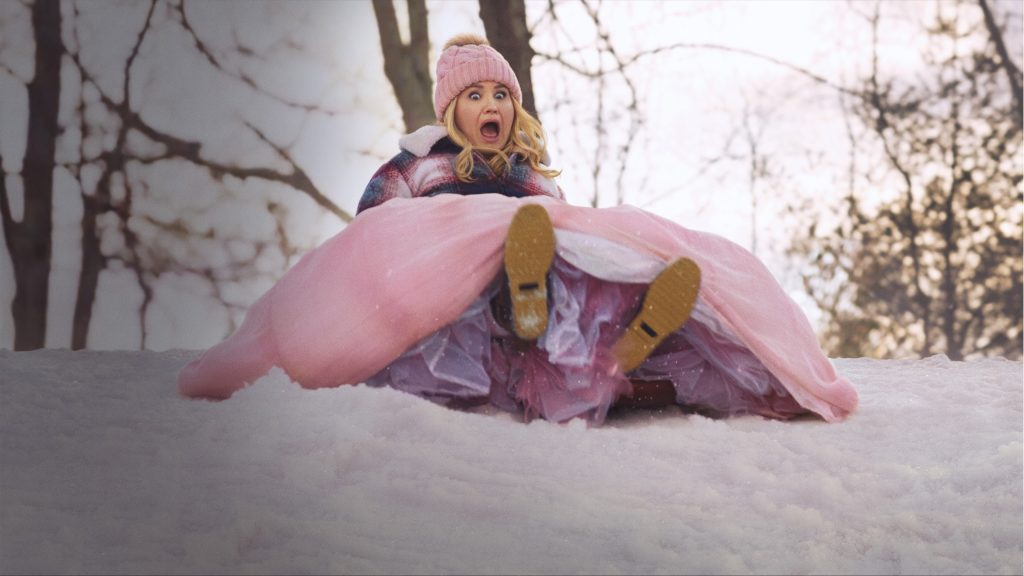 Jillian Bell as Eleanor in GODMOTHERED, exclusively on Disney+.

After watching the film, I was able to get to attend the press junket with this amazing cast via Zoom! Jillian Bell talked about how her role as Eleanor in Godmothered fulfilled her dream of getting to play a Disney character:

“The script came along and I’d always been looking for some kind of magical being to play because my goal in life was to play a witch. And this is the closest I’ve ever gotten to it.”

Isla Fisher talked about her love of being a part of this film too, saying that she loves that Godmothered sends the message to young girls watching that “happily ever after doesn’t necessarily include a castle, a prince, and a dress. It can be blessings you have in your life, with your family, or work”. 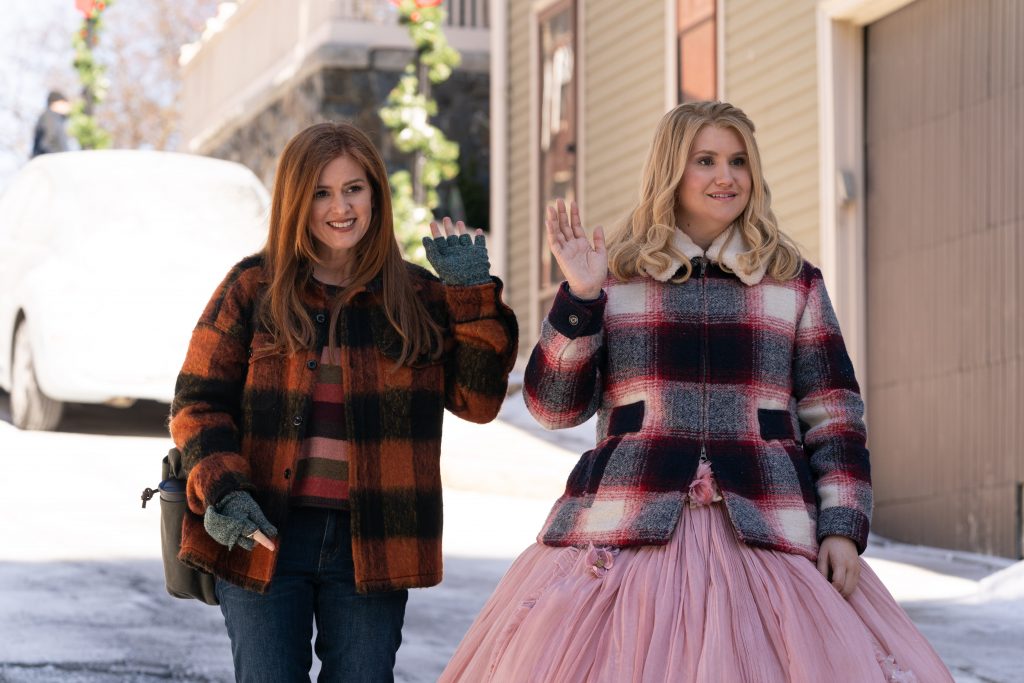 Godmothered is just one of many holiday classics that are available on Disney+! My family always looks forward to our seasonal favorites, and Disney+ has made it easier than ever now that they’re all in one place! Here’s a breakdown of my family’s Top 5 Favorite Holiday films on Disney+, if you’re looking for ideas of fun holiday things to watch this season:

You can watch our top picks for holiday films, including Godmothered now streaming on Disney+!