In this edition of “Finding Disney“, I explored Walt’s Barn in Griffith Park. Last month, one of my “Finding Disney” blog posts centered around the Griffith Park Merry-Go-Round, considered the “birthplace of Disneyland”, since Walt was inspired to create Disneyland on an afternoon of taking his daughters to the merry-go-round. I love that you can find so much Disney history in Griffith Park, where Walt frequented with his family since he lived nearby in Los Feliz.

What is Walt’s Barn?

The Carolwood Foundation, a non-profit that strives to preserve Walt Disney’s railroad legacy and spread his love of trains for future generations, maintains Walt’s Barn in Griffith Park, and is open to the public the third Sunday of each month. Walt’s Barn is considered the “Birthplace of Imagineering”, since it is the barn that was in Walt Disney’s backyard where he created the Carolwood Pacific Railroad, the small 1/8th scale live-steam train that was at his residence. The Carolwood Pacific Railroad center of operations and workshop was a red barn that Walt built to replicate the barn from his family’s farm in Marceline, MO. The barn that sits in Griffith Park is that very barn Walt used, and was relocated to Griffith Park in 1999 with the help and support of his daughter Diane Disney Miller. 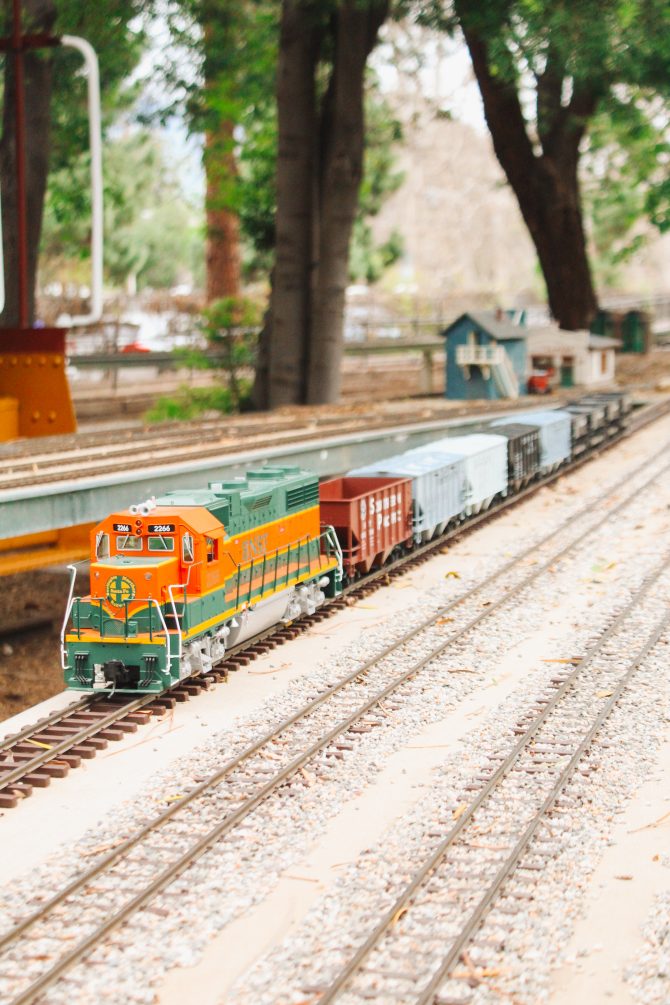 This small 1/8th scale train that Walt loved so much inspired the Disneyland Railroad, the attraction that has been running since opening day at Disneyland Resort. Inside Walt’s Barn you can find many of his personal items on display, including a workbench Walt built himself, and other work equipment he used on his train. One of his “Nine Old Men” Ollie Johnston also had a love of trains and built miniatures, you can find many of Johnston’s items also on display during the Walt’s Barn monthly public day. 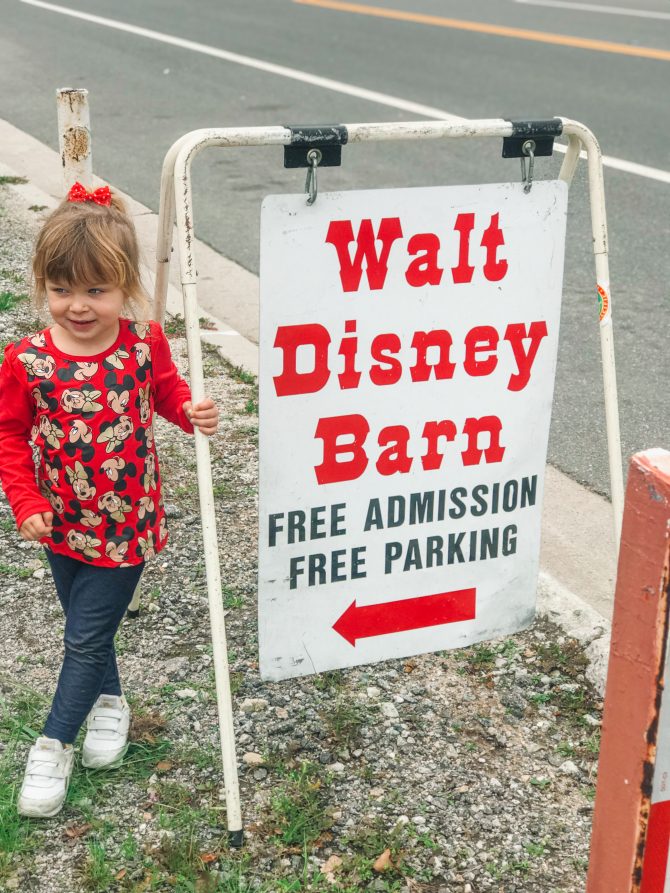 When you arrive, you will get a cute Walt’s Barn sticker to show your admission (admission is free, but donations are welcome!). You then line up to enter Walt’s Barn to take a look at the Disney train memorabilia and some of Walt’s and other Disney legends personal items. While you wait in line, you can take a look at a train car on display, that is one of the original train cars from the Disneyland Railroad when it opened in 1955. The train car on display was retired in the mid-1960’s when they added the dinosaur dioramas from the 1964 World’s Fair and they needed trains with seating made to better view out of the side of the train. 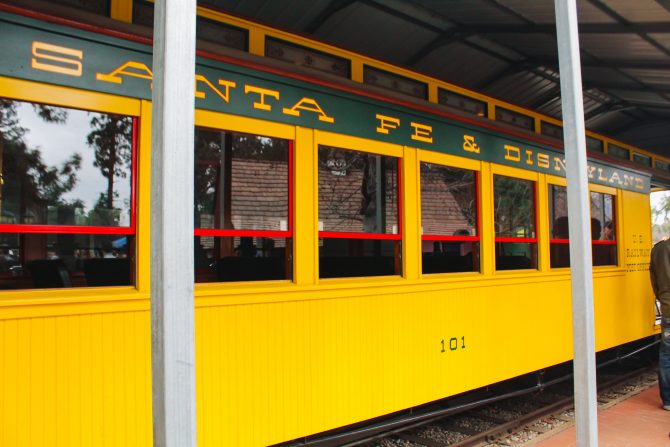 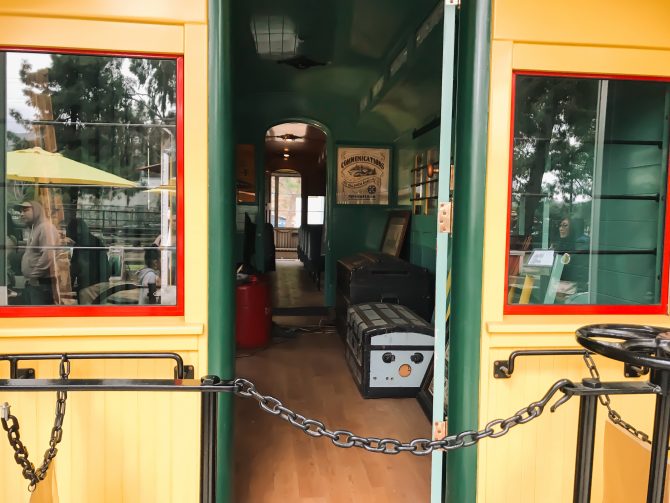 They have docents all around that can give you a wealth of information as you wait too! There are also many adorable 1/8th scale miniatures to look similar to the train stations you can find at Disneyland Park, including a station that taps Walt Disney’s Disneyland dedication speech in morse code, just like at the New Orleans Square train station. They also often have someone playing on the guitar and doing Disney trivia to entertain guests in line, as well as a toy train table for children. 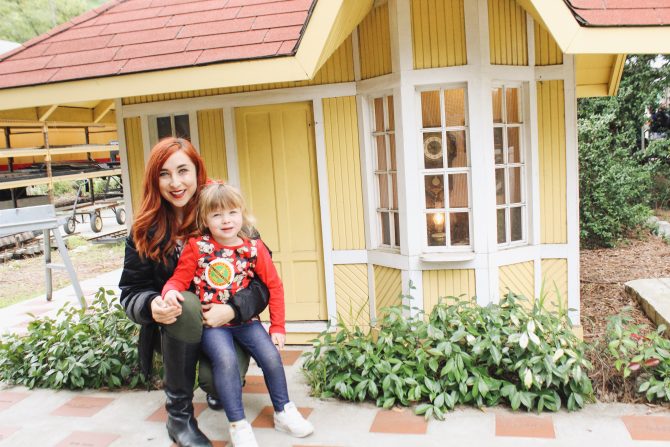 Once you go inside, you can see all the wonderful Disney history artifacts. It’s a wonderful look at Walt’s personal love trains. Inside you will also find knowledgeable docents to explain more about what there is inside. Before you leave, you can stop by the souvenir stand where they have Walt’s Barn apparel, tote bags, postcards, and many Disney coffee table books for sale (some are signed too). This is the third time we have visited Walt’s Barn, and it’s always a delight! I can’t recommend it enough, it’s a wonderful way to experience a piece of Disney history in Los Angeles. 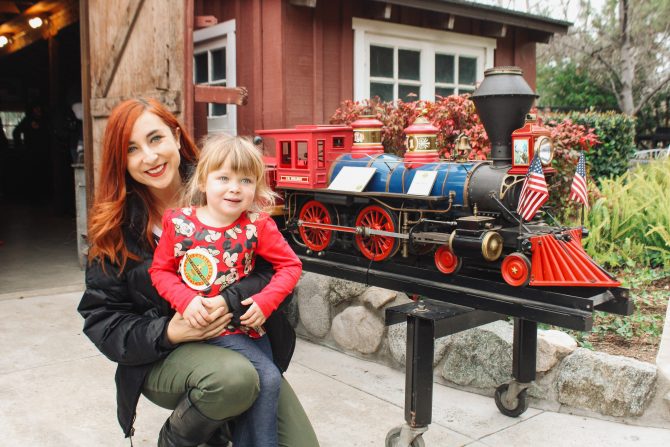 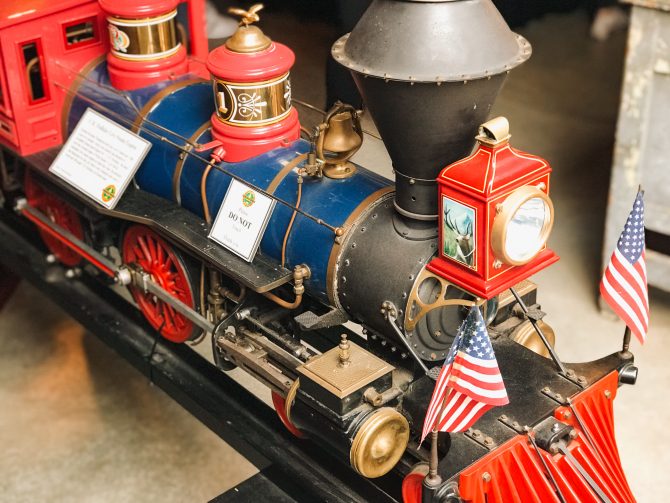 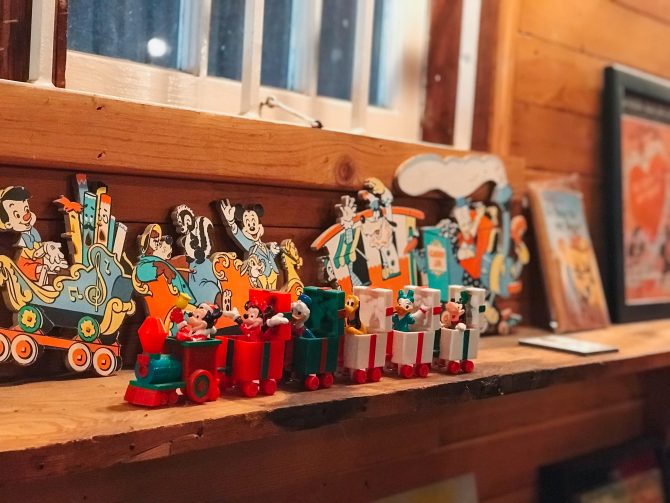 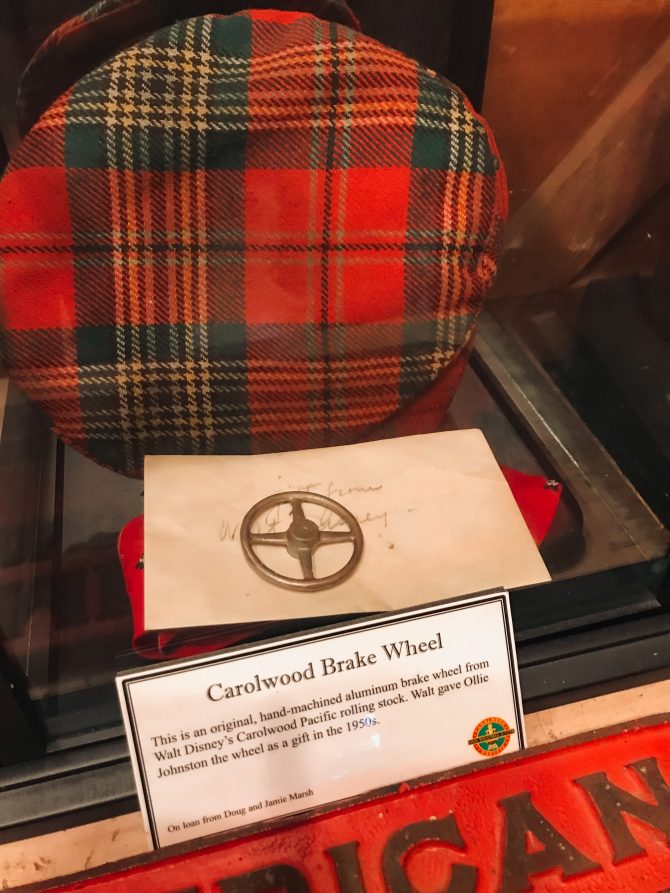 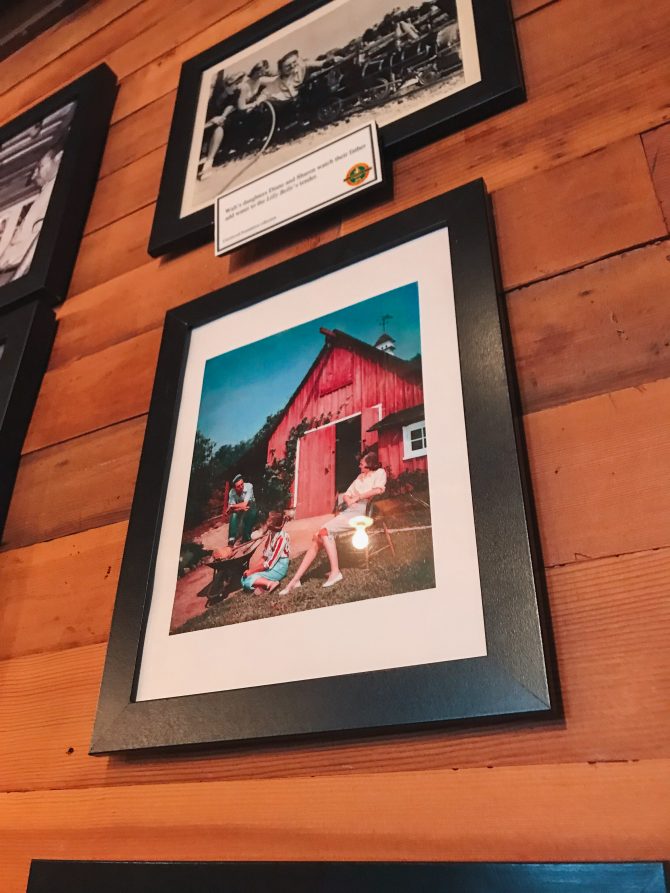 Photograph of Walt Disney and his family by Walt’s Barn 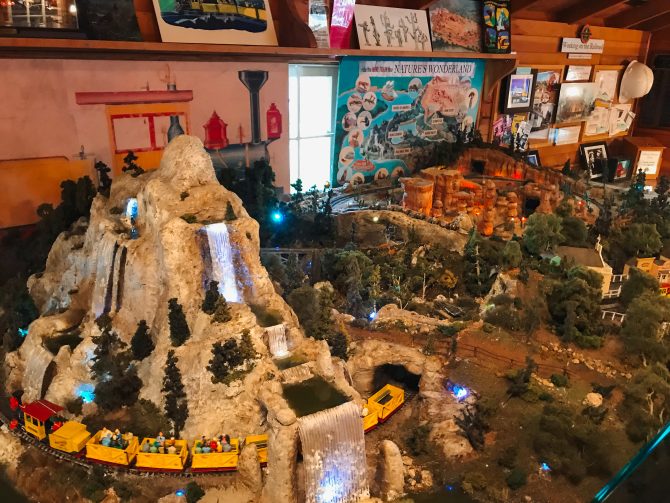 You can visit the third Sunday of the month, from 11am-3pm. Admission and parking is free. Often times, Walt’s Barn will have a special guest there for a meet-and-greet and book signing. Be sure to check their Facebook event page for updates on who you can expect to see on their public days. 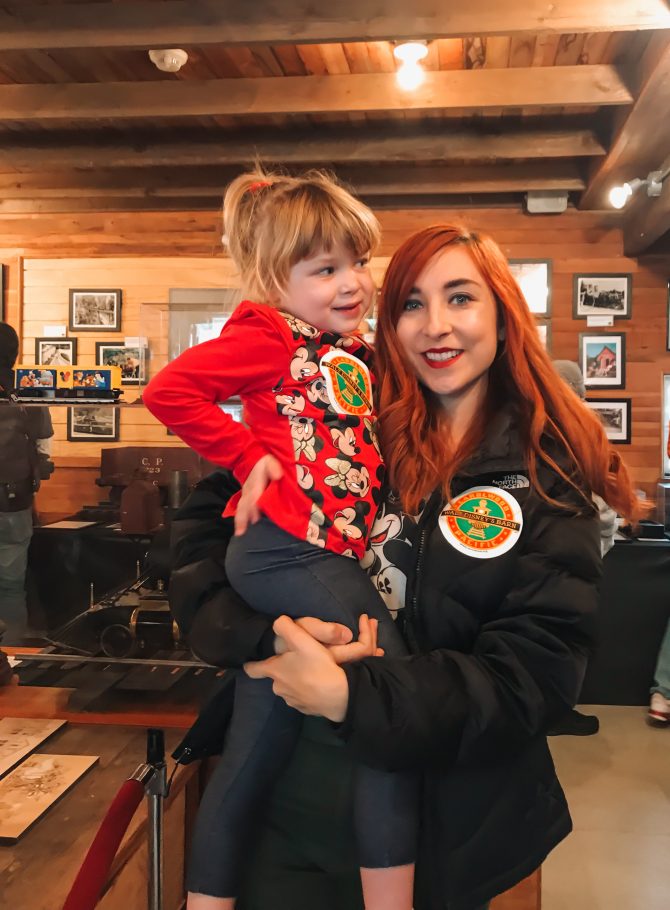 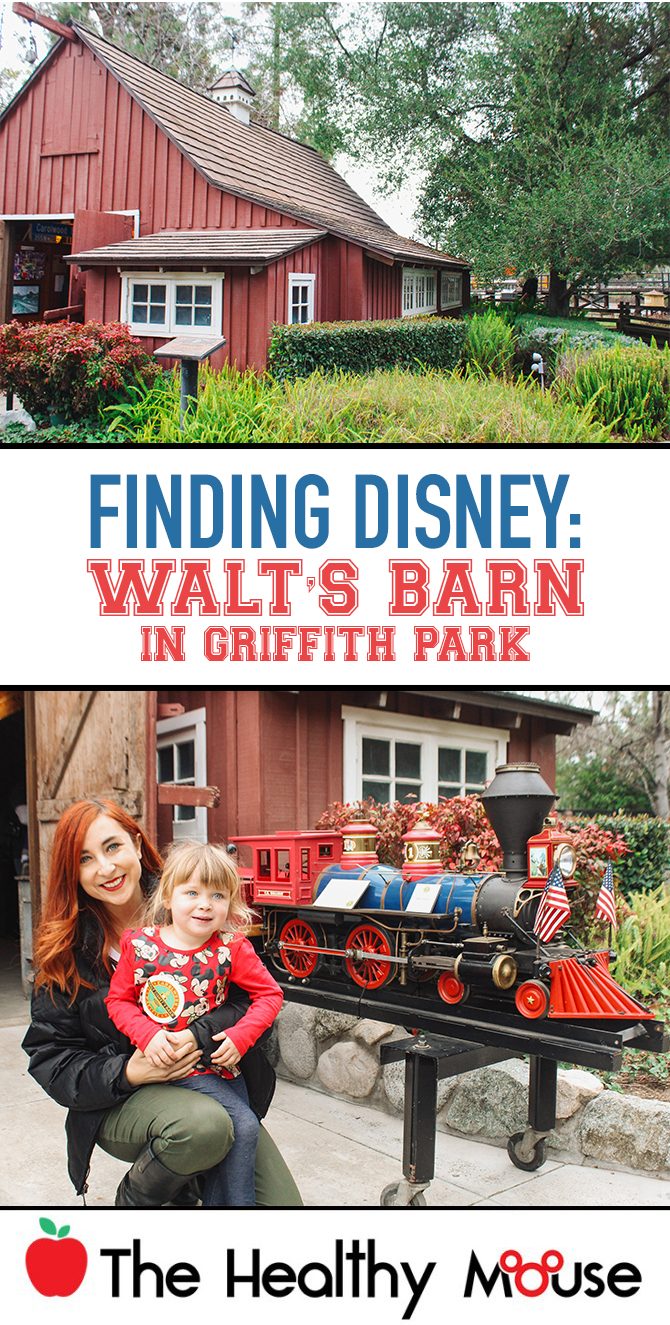 By Jessica
0
carolwood pacificdisney historydisney history los angelesdisney things to do in los angelesfinding disneywalt's barnwalt's barn griffith park
The Little Mermaid – Celebrating the Creation of the Iconic Film 30 Years Later
Dole is Powering the Hero Within With Their New Captain Marvel-Inspired Recipes!