Disclosure: I received a media pass to cover the news at D23 Expo 2019, all thoughts and opinions are my own.

What We Know So Far About the Epcot Remodel

During the Disney Parks panel on the final day of D23 Expo 2019, the hot topic when it came to Disney Parks was Epcot. Epcot is dear to Disney fan’s hearts. For me I think the reason I love it so much is because it’s the first park that had a whole new theme and concept (since Magic Kingdom and Disneyland were similar). The Experimental Prototype City of Tomorrow is definitely iconic and unique, and has some extra sentimental value since it was one of Walt Disney’s last projects he pined to do and worked on concepts for. Epcot is truly a dream of Walt’s come to life! And as Walt said, “Disneyland will never be completed,” he wanted the parks to evolve with time so that they would always be relevant and inspire the next generation. Over the next few years, we will see that hope of evolving parks with the times with an Epcot remodel.

Bob Chapek, the Chairman of Disney Parks, Experiences, and Products came onto the stage saying that the “Epcot reimagining will be the biggest park remodel in Disney Parks history.” Considering how different Disney California Adventure is compared to pre-remodel, that is saying a lot! Disney is striving to make the reimagined version of Epcot more relevant to current times, and more relevant for families (people of all ages, which will be a big difference since Epcot has been considered the “more adult” of the parks).

Spaceship Earth will remain as Epcot’s icon, but instead of a focus on invention and technology, the focus will be more on all aspects of humanity. There will enriched storytelling by the addition of technology and “added magic” in each of the scenes. There will also be new scenes added, which implied that some scenes will remain similar to what they are now but more enhanced. When you exit Spaceship Earth, you will be taken to a place called “Dreamers Point”. There will also be a brand new statue of Walt Disney added: 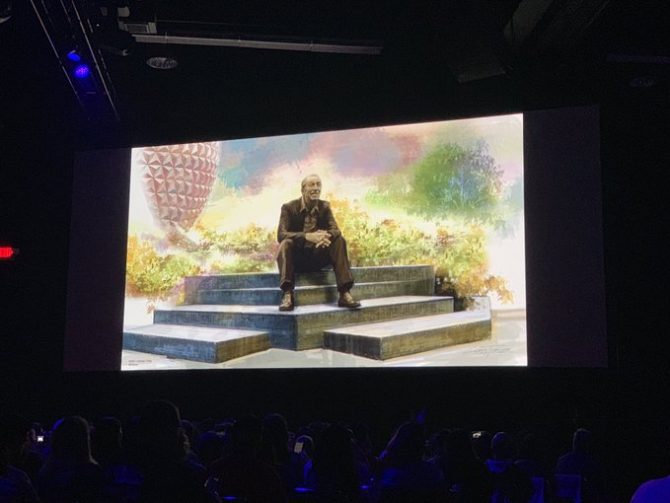 Future World Will Be Changed Into 3 Worlds

World Showcase will remain at Epcot (new updates to that later on in this post). But Future World will be transformed into three new Worlds for the Epcot remodel: World Discovery, World Celebration, and World Nature. Some of the new additions we already know about within those three new worlds will be a new film called “Awesome Planet” which will open in January 2020. This will be part of World Nature. 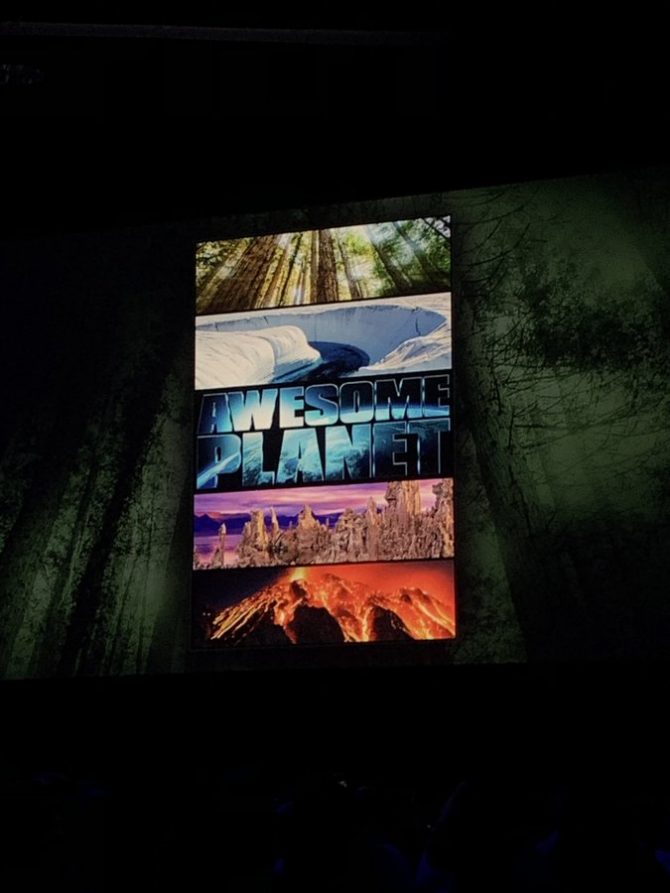 Also in World Nature, you will find Journey of Water, a Moana-inspired attraction that’s a “lush exploration trail that will invite guests to meet and play with magical, living water. The water will have a life of its own – just like Moana’s friend, the ocean – and guests will learn about the importance of the natural water cycle.” I love that with this attraction they are combing Disney Animation Studios IP with the classic mission of Epcot! 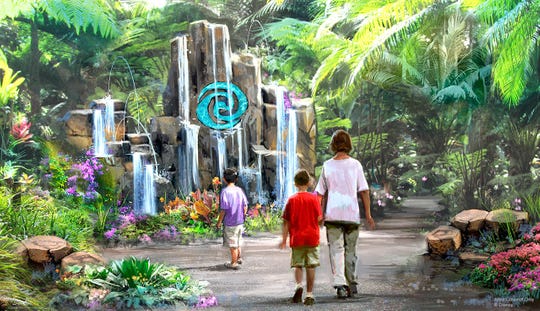 We will also be seeing a new restaurant near Mission: SPACE that is operated by Patina Group, the same company that operates Naples and Catal at Disneyland Resort: Space 220 Restaurant. The restaurant will offer a view far from Earth…meaning instead of windows we will have screens that make guests feel like they are dining in space! It was a surprise to hear the restaurant will be opening this coming winter. This will become a part of World Discovery.

Also part of World Discovery will be the Guardians of the Galaxy themed attraction that’s been under construction for awhile, taking the place of Ellen’s Energy Adventure. It was announced at the D23 Expo panel that it will be called Guardian’s of the Galaxy: Cosmic Rewind.

And lastly announced for World Discovery is the PLAY! Pavilion. It will open in time for Walt Disney World Resort’s 50th anniversary:

“In this digital metropolis, guests will discover an interactive city bursting with games, activities and experiences that connect them with friends, family and beloved Disney characters – both real and virtual – like never before. As part of this new pavilion, guests will have the chance to help legendary fashion icon Edna Mode on her quest to rid the world of uninspired style, or make a splash competing in a water-balloon fight hosted by Huey, Dewey, Louie and Webby.” 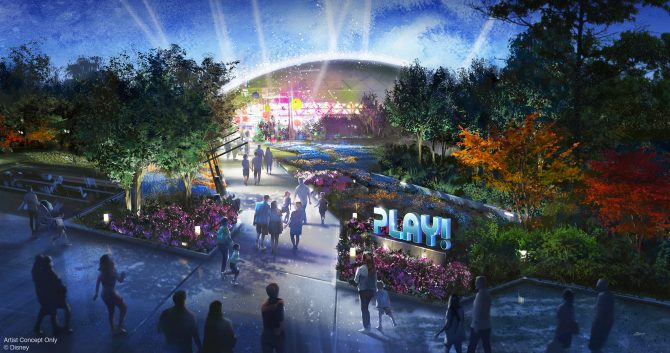 I am excited that World Showcase will remain, but with some amazing new attractions! We are getting some much-needed updated circle-vision shows to the China Pavilion, called “Wondrous China,” and one to the Canada Pavilion called “Canada Far and Wine in Circle-Vision 360” opening in January 2020.

The France Pavilion will see lots of new updates, including Impressions de France being replaced by a Beauty and the Beast Sing-Along debuting in January 2020 directed by Don Hahn, who produced both the animated and live action versions of Beauty and the Beast. I think that these additions of incorporating more characters from movies into the park will do wonders in making the park more appealing to kids and adults alike! 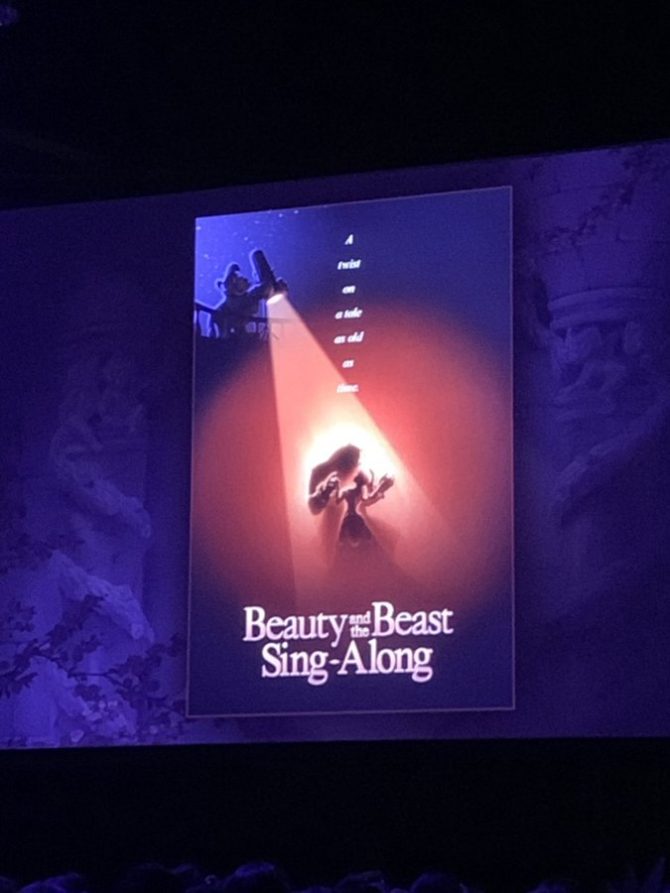 In the summer of 2020 there will be a new quick and table service restaurant in the France pavilion called La Crêperie de Paris, featuring a menu from celebrity chef Jérôme Bocuse.

And speaking of celebrity chefs, the most famous Disney chef, Chef Remy, will be coming to Epcot with the new ride Remy’s Ratatouille Adventure, which seems similar to the Ratatouille attraction in Disneyland Paris. 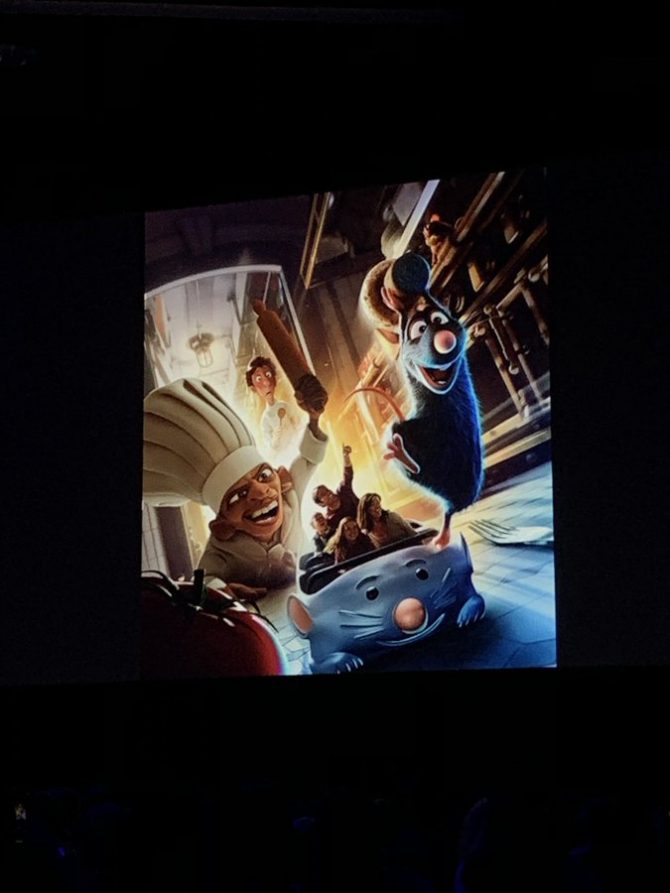 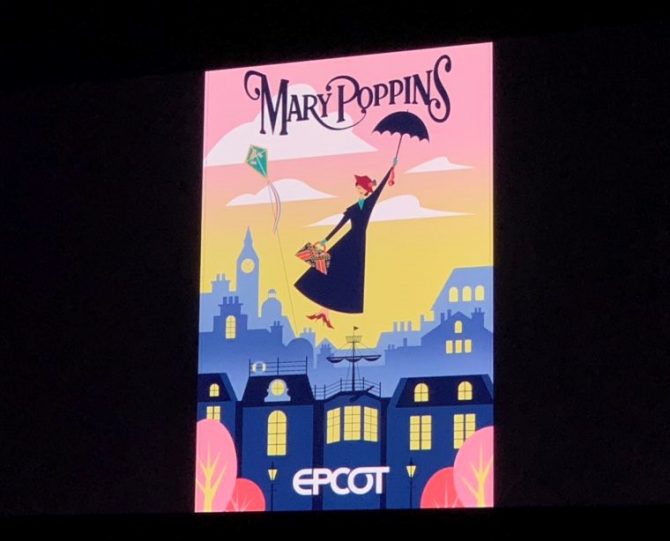 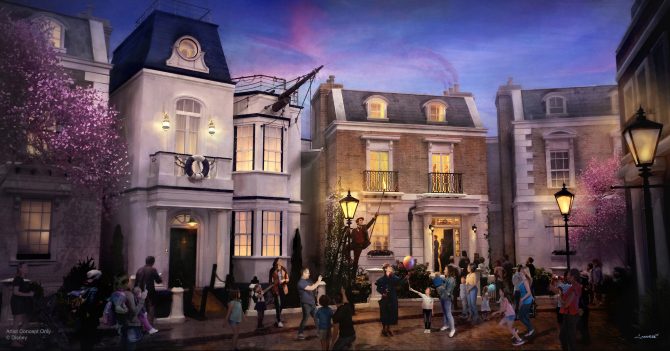 To make the announcement, Disney made everyone rise out of their seats, cheering and getting teary eyed over Disney Legend Dick Van Dyke! It was a moment I will never forget, and probably the most memorable part of D23 Expo 2019:

And as a send-off, we got to experience the world premiere of what will be Epcot’s new anthem:

The world premiere of the new #Epcot anthem! #d23expo pic.twitter.com/8wh3JRwWIw