Disclosure: This post has been sponsored but all thoughts and opinions are my own.

Today DreamWorks Animation just released season 1 of a brand new show on Netflix: Dragons Rescue Riders! The Netflix original series is inspired by the Academy Award-nominated How to Train Your Dragon films. We were able to watch some of season 1 a little early, and let me tell you Amelia already loves it! My husband and I love How to Train Your Dragon, and of course like all other 4-year-olds Amelia loves anything with dragons, so this show is perfect for our household!

The show is set in the same universe as the films, but we are introduced to new characters, twin siblings Dak and Leyla who because they were raised by dragons, have the unique ability to communicate with them. Dak and Leyla lead a team of young dragons named Winger, Summer, Cutter and Burple.  For the series’ debut, Amelia had her best friend over (they practically are like twins, almost born on the same day!) and they had a Dragons Rescue Riders-themed party! For the two girls to wear at the party, I did a DIY no sew dragon tail craft that were super affordable and easy to make! 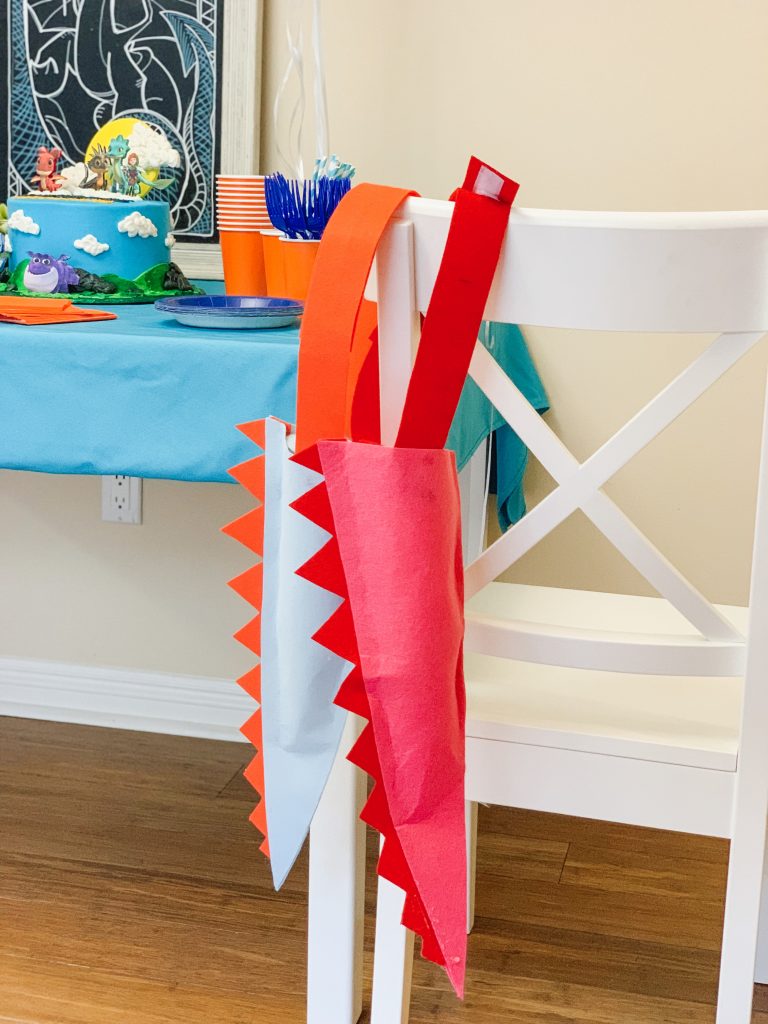 Materials You Need for each tail: 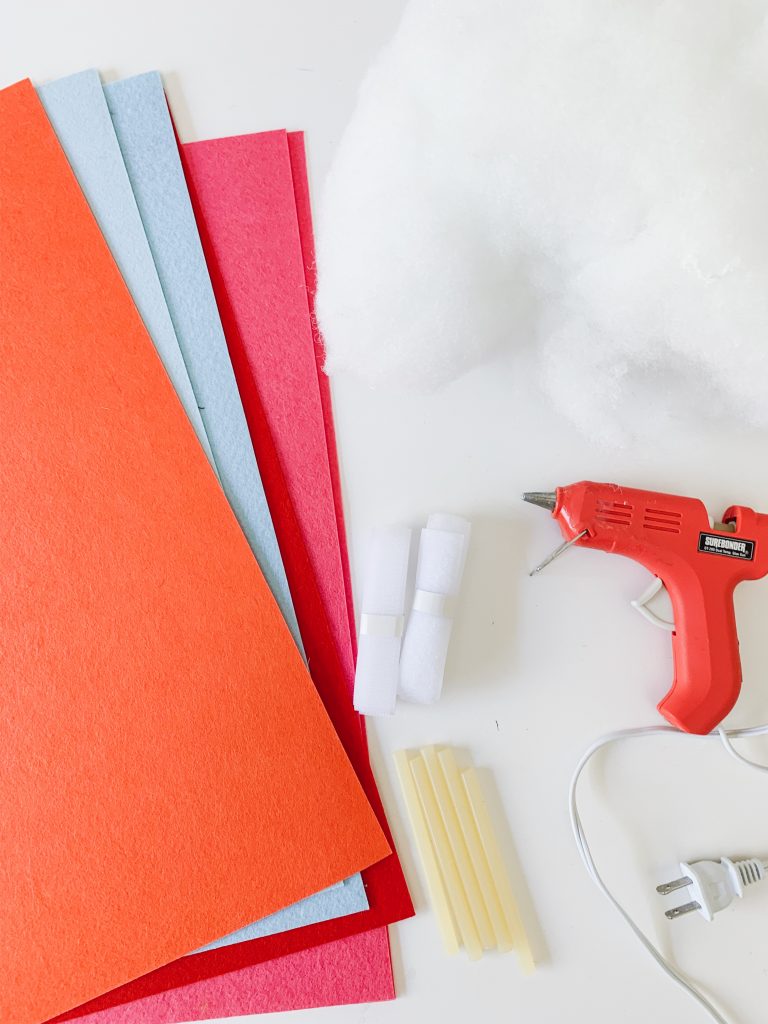 Time for your Dragon Party! 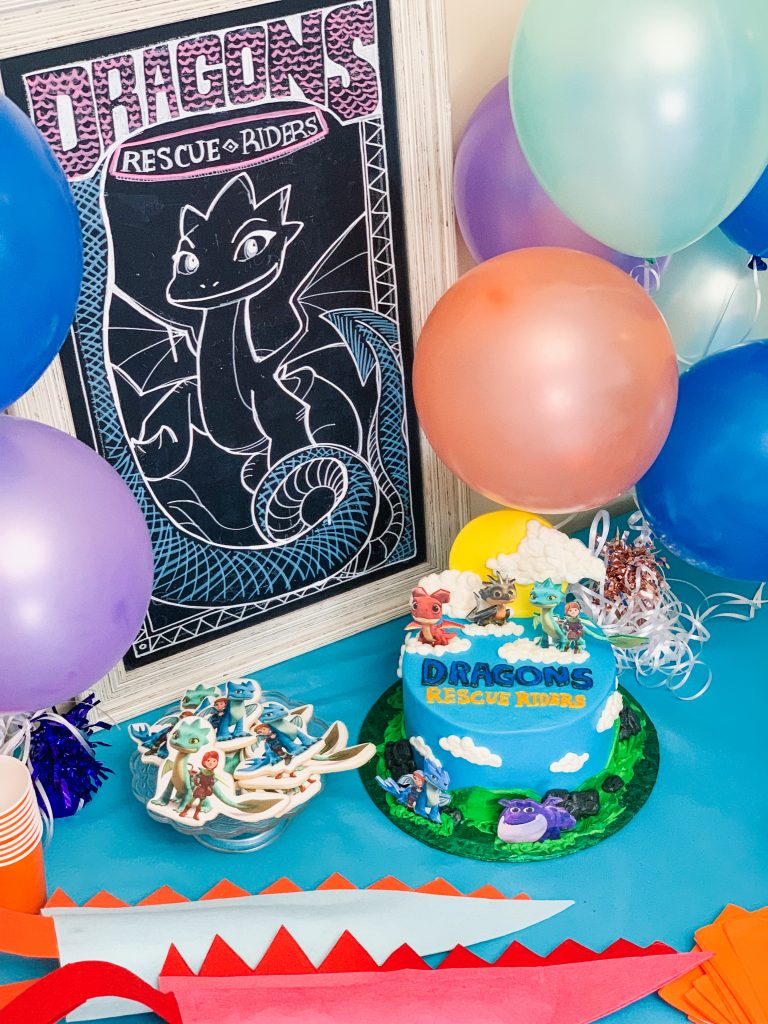 Now that you have the perfect DIY no sew dragon tail, it’s time to put together your Dragons Rescue Riders themed party! I got a tablecloth, plates, napkins, and balloons that went with the colors of the Dak and Leyla’s dragons that they go on adventures with! My husband also drew one of the dragons, as well as the name of a show on a chalkboard to tie it all together. Now that I had the color palette down, it’s of course time to add some themed treats! We had these adorable Dak and Leyla sugar cookies, and the most epic Dragons Rescue Riders cake! Which was of course a BIG hit when I surprised by daughter with it: 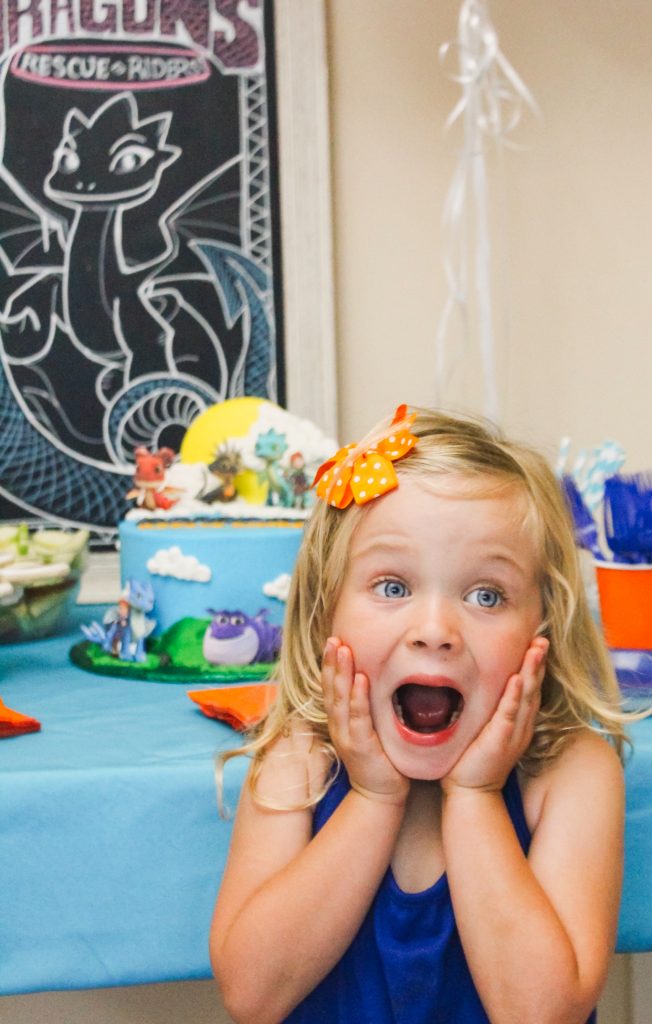 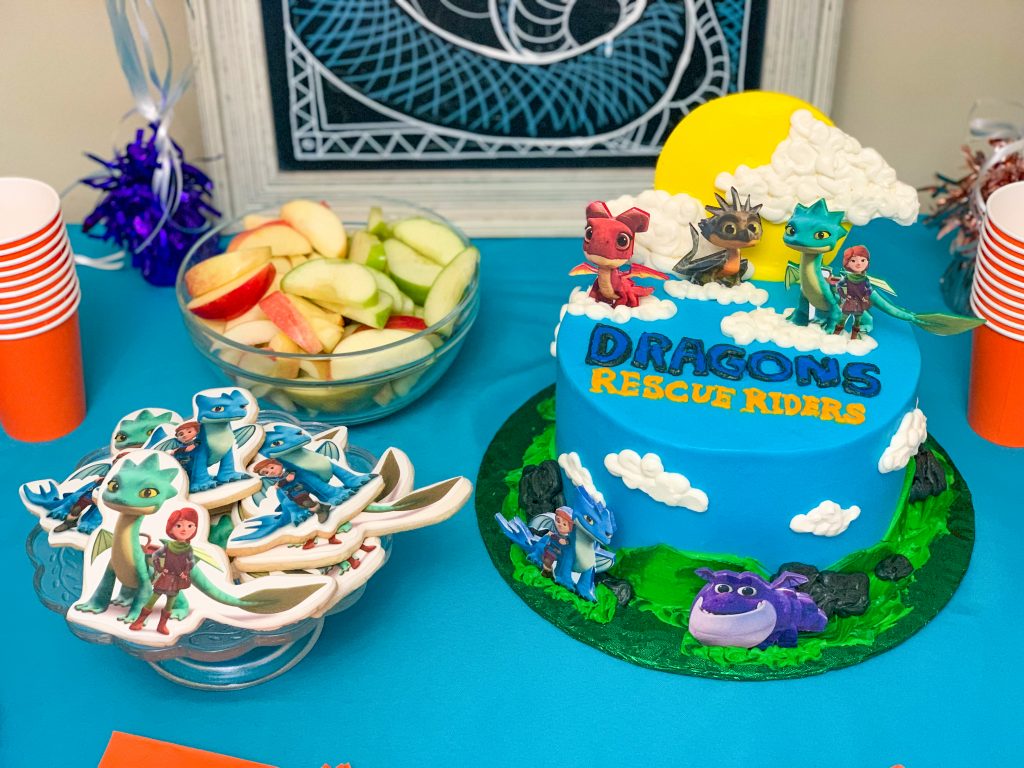 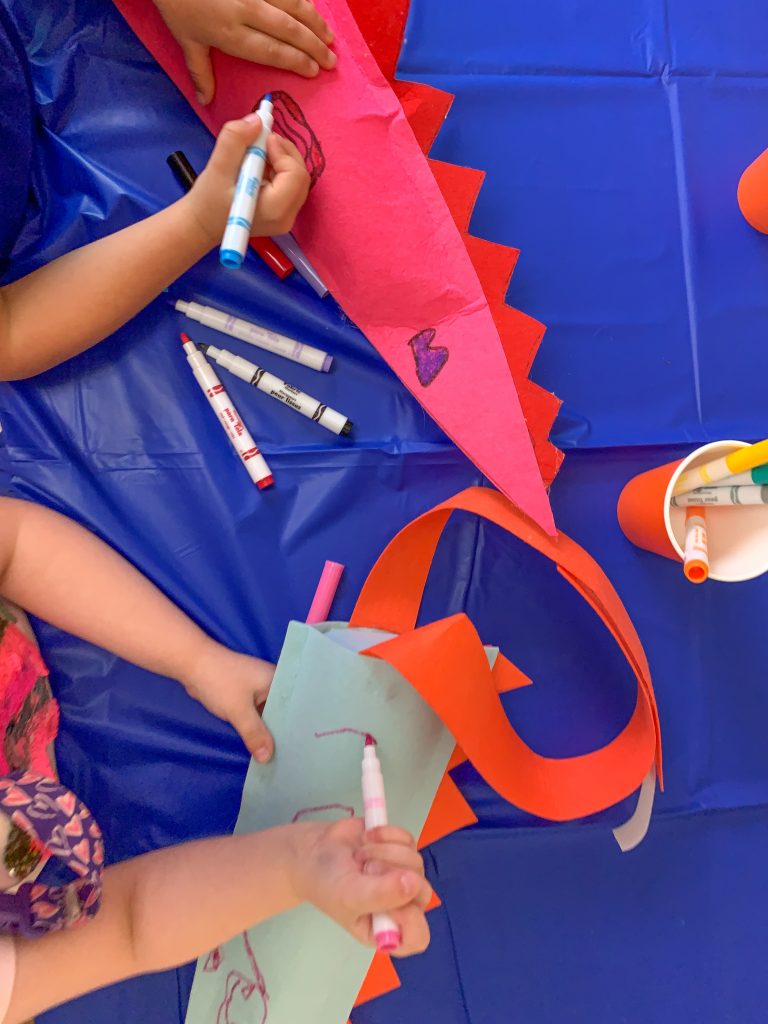 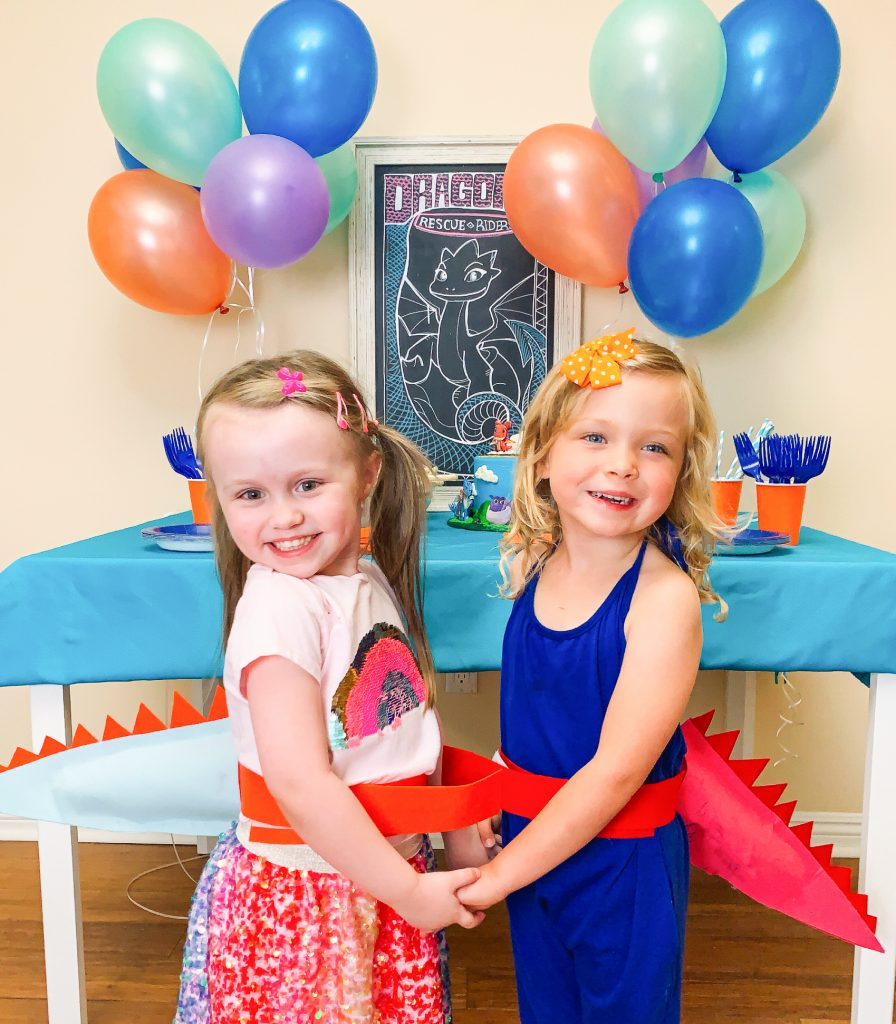 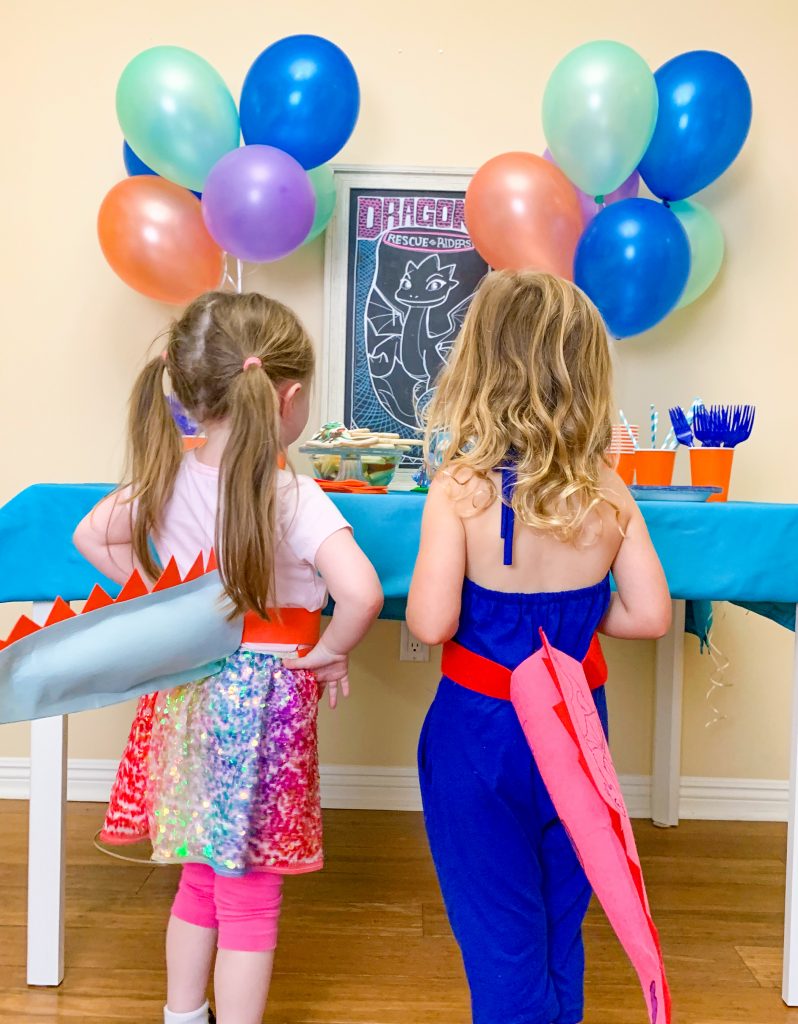 After enjoying some treats, decorating their tails, and running…well I should say “flying” around the house they enjoyed some of the episodes of the Netflix original DreamWorks Animation series Dragons Rescue Riders! 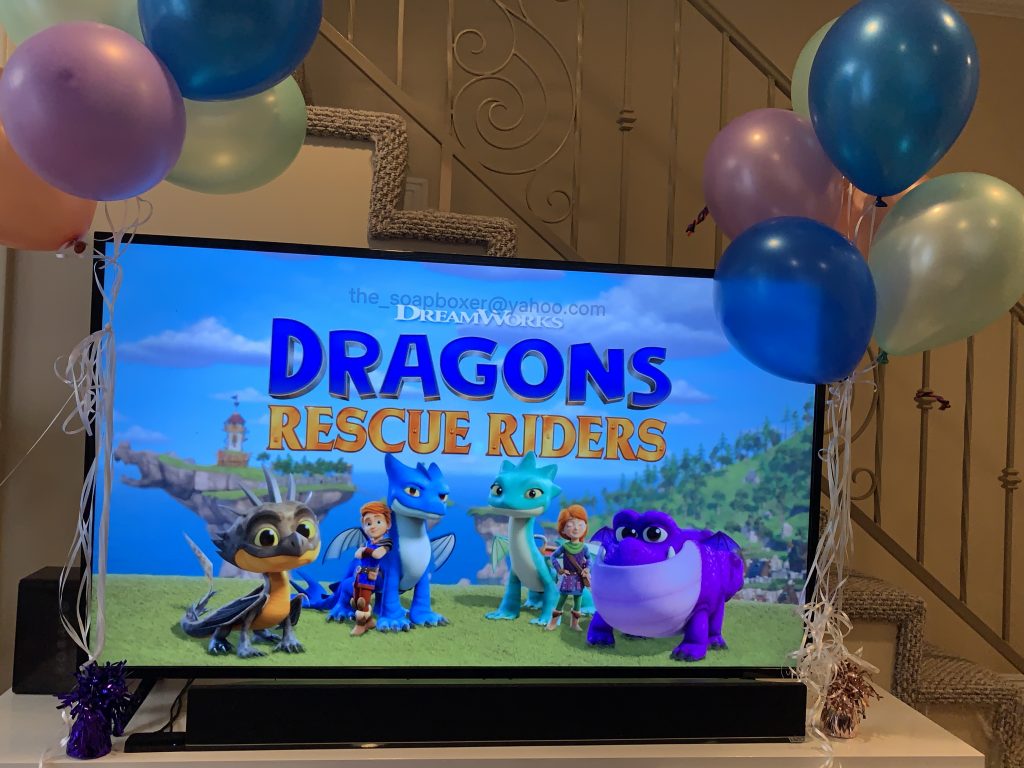 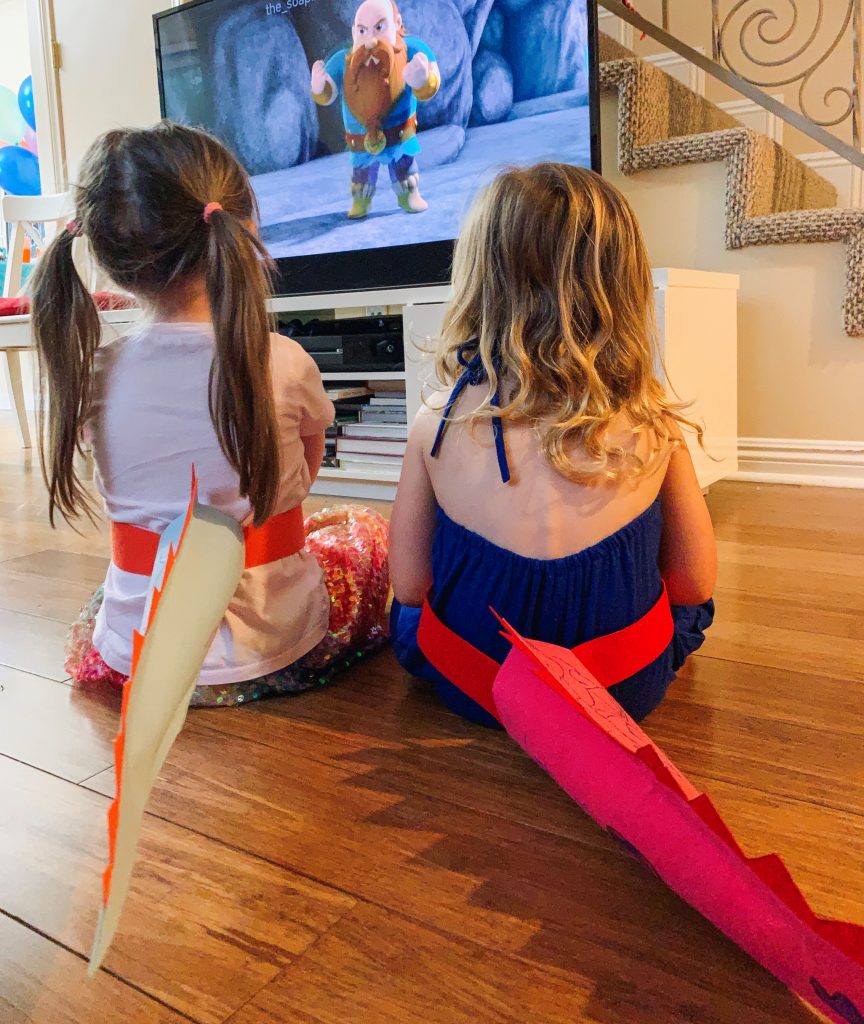 It was the perfect way to celebrate friendship, and for the girls to have fun enjoying one of their favorite things in the world: dragons! Dragons Rescue Riders season 1 is now streaming on Netflix: