Paid promotion for Disney. All opinions are mine alone. #DisneyPrincessGems

I’m sure all of my readers who are also moms can all agree on one thing: Our kids are obsessed with blind bags. And I’ll admit, even as an adult I am too! It’s a great little toy that’s exciting since you never know what’s inside, and it’s an affordable toy to grab at the store. Well recently on a trip to Walmart, I discovered some adorable new blind bags: Disney Princess Gem Collection. Perfect for this Disney-loving family. 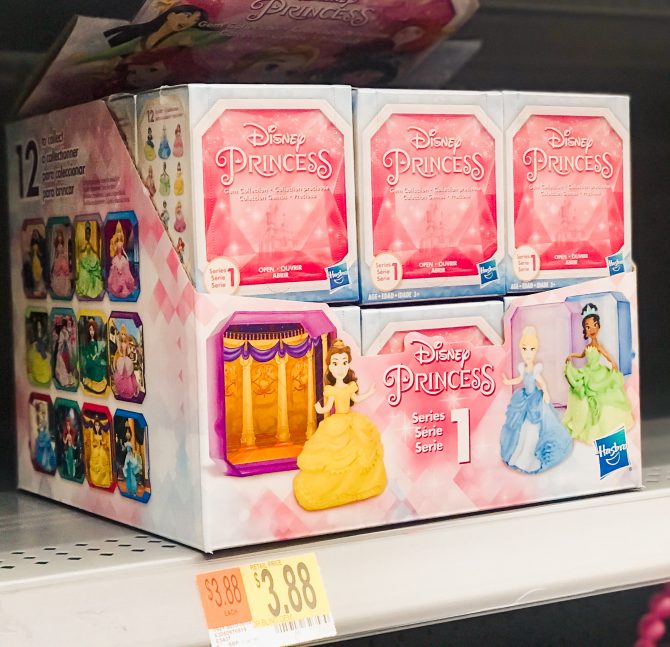 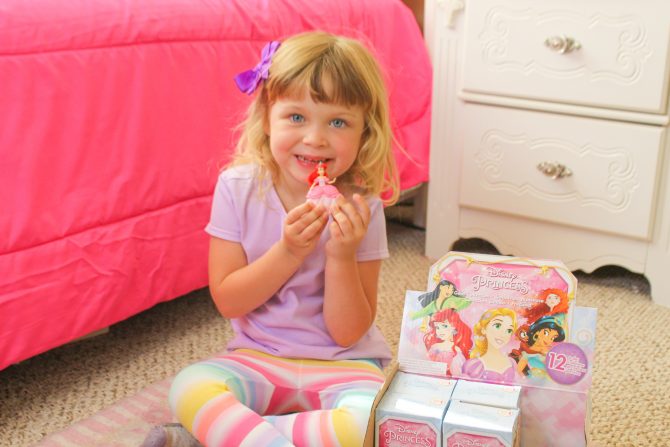 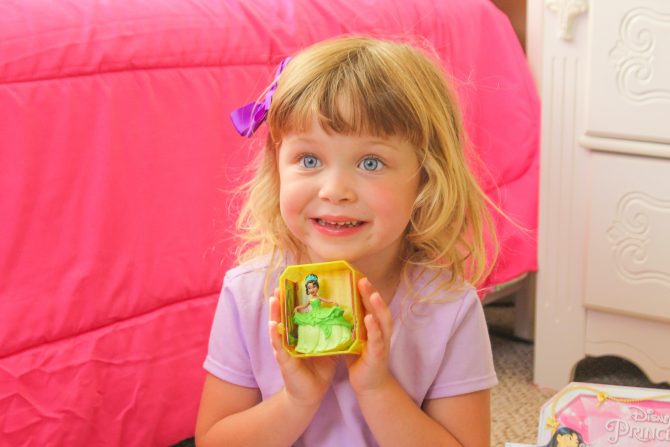 With each Disney Princess figure, there’s a backdrop that corresponds with that princess. It adds a cute element to the toy, and it makes them easy to stand up and display in a cute way when you’re not playing with them. 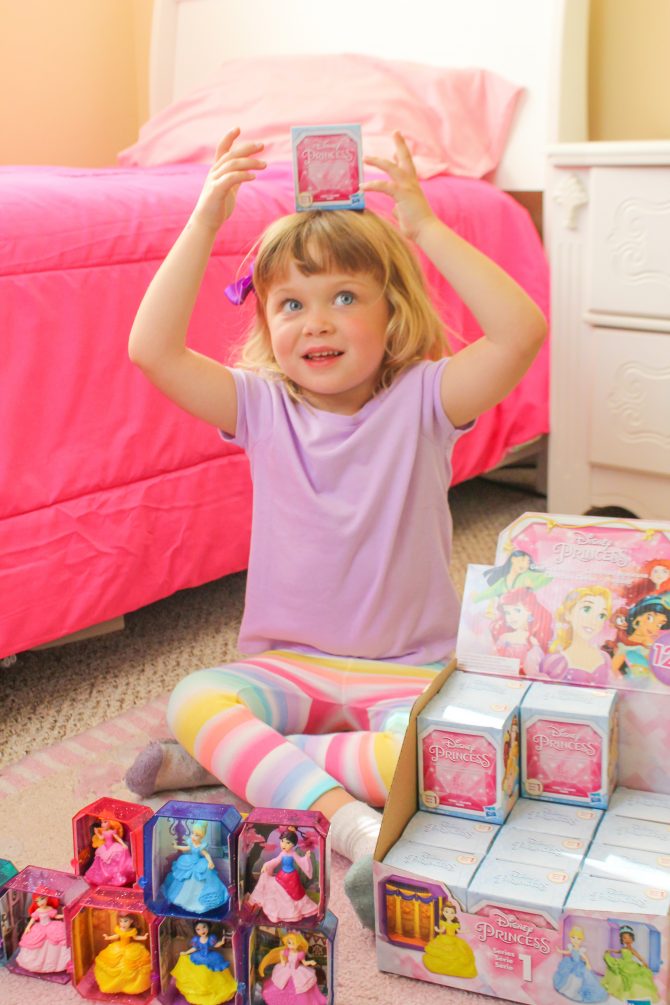 She was five boxes in and still no duplicates! She was having a ball with them! When you first open up the box, you see the backdrop, which can give you a hint as to which princess character you have in the opaque blind bag also in the box. 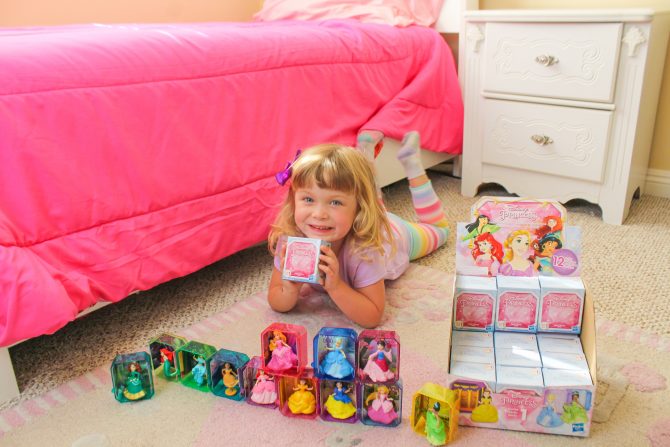 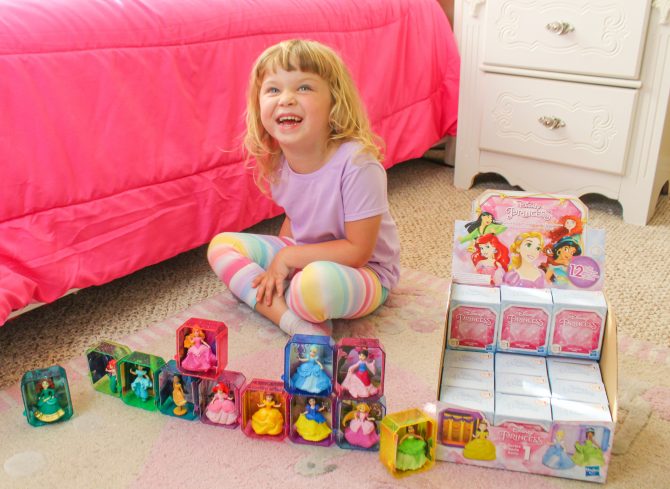 With different color and prints on the background, they look so beautiful and fun lined up in a display all together! You’ll also notice that each of the Disney Princess Gems have notches on the sides so they can connect to one another, so you can easily stack them. We thought that it would be perfect to have them on her bedside table to add to the princess feel of her bedroom. 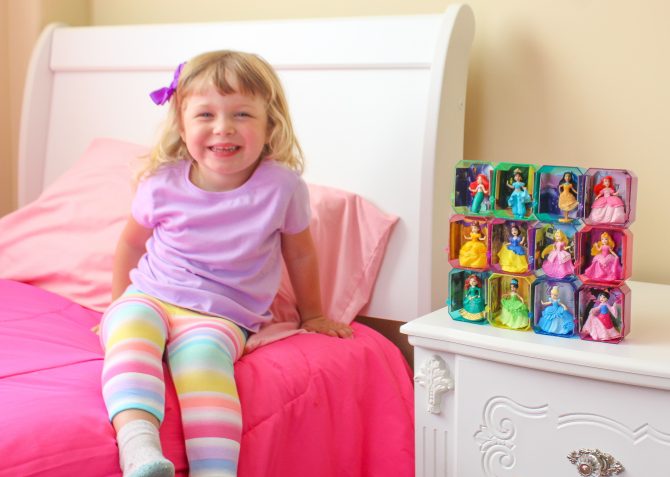 Plus, when playtime is over and it’s time for bed, Amelia has fun cleaning up since it’s somewhat of a game placing the Disney Princess with their corresponding background since they are each different for every princess! 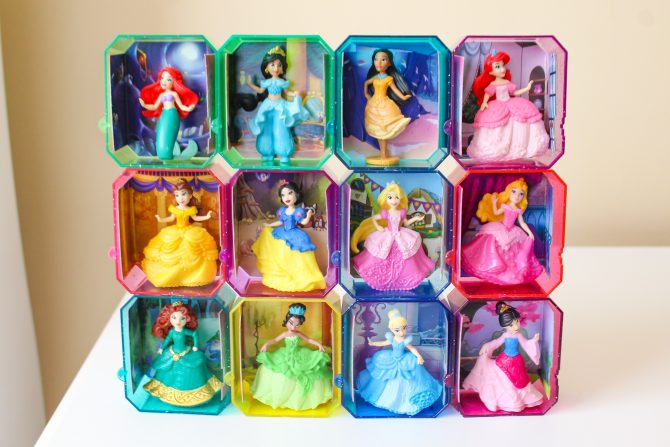 Here is all 12 Princess characters from the Disney Princess Gem Collection! You can collect mermaid Ariel, Jasmine, Pocahontas, pink dress Ariel, Belle, Snow White, Rapunzel, Sleeping Beauty, Merida, Tiana, Cinderella, and Mulan. You can find them now at Walmart stores, or shop for them online here!