Disclosure: My visit to Disney On Ice Worlds of Enchantment was hosted, but all thoughts and opinions are my own. 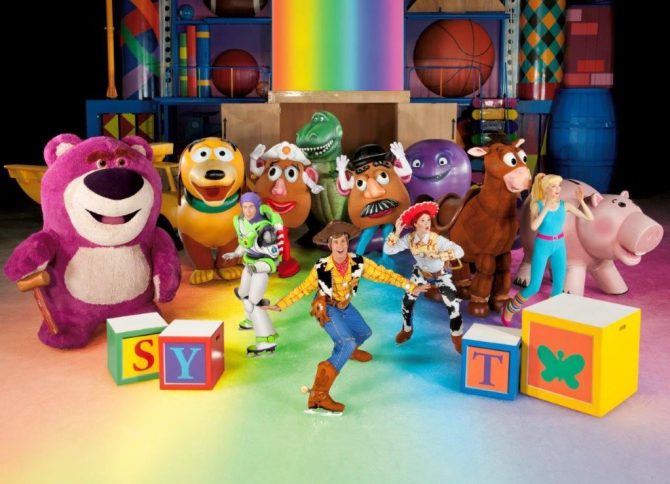 The musical pairings for the characters were fun and creative, and the ways they transitioned from Andy’s perspective to the toys’ perspectives were seamless. The highlight of the Toy Story 3 portion was the number featuring Ken and Barbie, which was as charismatic as the characters themselves! After Toy Story 3, they featured the story and songs of The Little Mermaid. This portion is part of pretty much all Disney On Ice shows. Transforming the ice into the under the sea setting of The Little Mermaid is quite a dazzling spectacle! 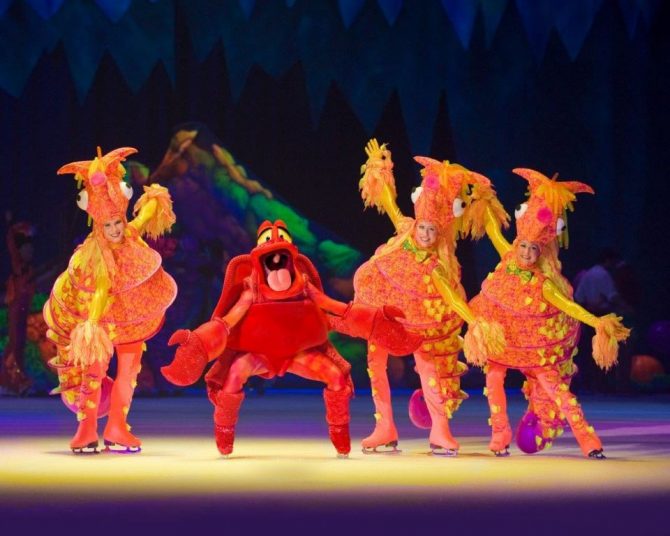 In the second half of the show, we saw a portion featuring Cars, which was new to Disney On Ice. I was very impressed by how many Cars characters they had on the ice in addition to Mater and Lightning. After Cars, the show ended with Frozen. Which of course, all the kids in the arena sang along to! 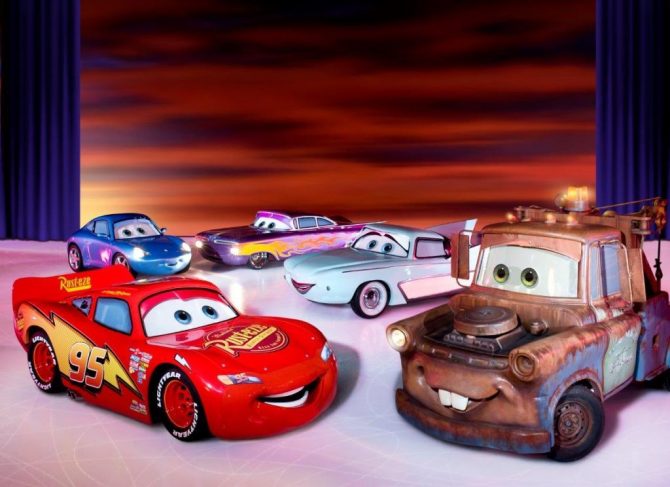 The show felt like the perfect length, not too long for young kids to sit through but not too short either. I also liked the mix of Pixar stories with Disney Princess stories. Disney On Ice Worlds of Enchantment is playing until April 21, 2018 in Long Beach, and then in Ontario April 25-28th. You can find a discount code for the Southern California tour dates here, and the rest of the national tour dates at DisneyOnIce.com.

If you’re also attending a Disney On Ice show at the Long Beach Arena, let me give you the rundown of what you can expect! Of the Southern California venues Disney On Ice tours, the Long Beach Arena is my favorite to visit. First off, the parking is incredible close to the entrance of the venue, which is nice especially if you have little kids or if you’re seeing the show on a cold winter day! I love parking on the second level, near the stairs where there’s normally lots of parking with a short walk down to the entrance. Also, as someone who often wants to take family pictures when we have our tradition of seeing Disney On Ice shows, I can tell you the Long Beach Arena seems to have the best lighting inside for taking photos on your iPhone!

The Long Beach Arena also has a nice pastry and specialty coffee bar stand, as well as plenty of stands where you can get wine and cocktails, whereas some other venues I’ve been to sometimes only have beer. I also love that the location is near the water in Long Beach, where you can find lots of shops and restaurants a short drive away, if you’re wanting to get dinner before or after the show to make a whole family day of the experience! Of course, the show is the same amazing show at all venues, but if you’re in the LA or Orange County area and trying to decide where to go, hopefully my information will help make your final decision!