Disney On Ice Mickey’s Search Party is now open and touring in this show’s Southern California debut! This new show is extra special, since it is the first Disney On Ice show to have a full segment based on Disney & Pixar’s Coco.

I went opening night in Long Beach with my husband and daughter. Amelia and I arrived wearing Disneybounds of Queen Elsa and Queen Anna (she wanted our look to be “ice themed” for the occasion). Prior to the show, we attended a VIP party (an option with VIP tickets). At the party, there were Coco coloring pages, and a paper marigold craft. And the best part? A pre-show meet-and-greet with Minnie Mouse! We all unanimously agreed it was our favorite Disney On Ice show we’ve seen yet! The show opens with Tinker Bell, and of course Mickey and Friends narrating the show. And if you’re Disney geeks like us, you’ll appreciate that Mickey and the gang are in new outfits!

The show features segments from beloved Disney movies including Toy Story, Moana, Beauty and the Beast, Aladdin, The Little Mermaid, Frozen and for the first time, Coco. Having seen many Disney On Ice shows before, I am used to the same numbers being shown for all the other segments aside from Coco.

However, I was pleasantly surprised that for Disney On Ice Mickey’s Search Party, the classic segments were different! “Frozen Heart” from the Frozen segment was particularly upbeat and memorable! I thought that overall each segment felt more energized and fast-paced, making for an exciting show the whole way through. My daughter absolutely adored Coco! Playing songs from the film such as “Un Poco Loco” and “Proud Corazon”. 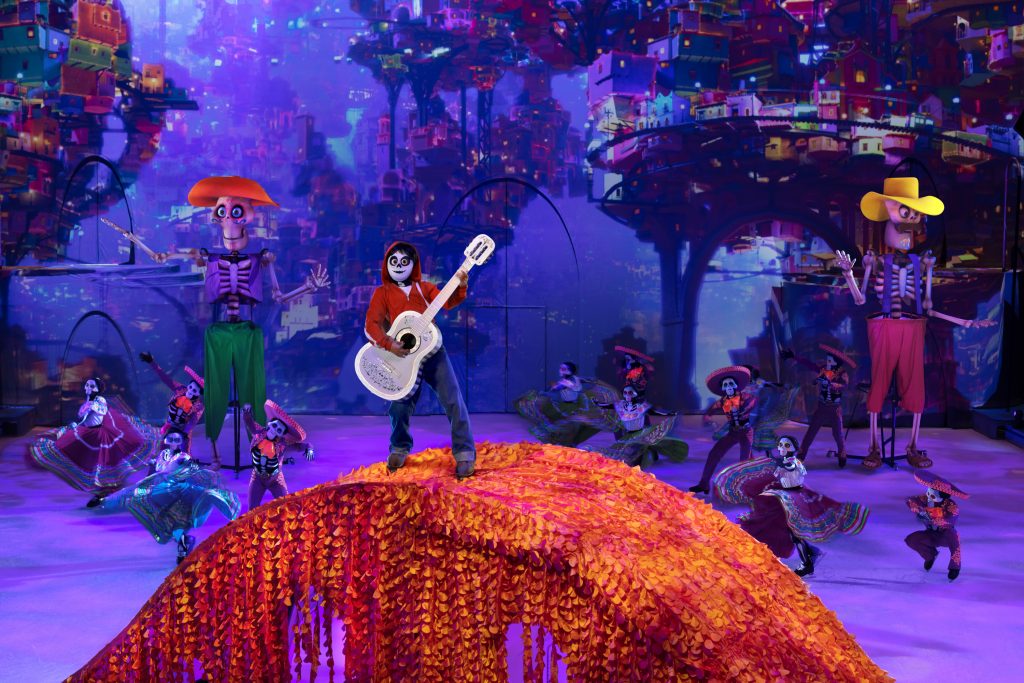 And a moment happened that night that we will never forget! Each performance, there are about four kids chosen to ride on a float that’s on the ice, which happens in the beginning of Act 2. I think this was our 10th Disney On Ice show we’ve attended, and for the first time Amelia got to ride on the float!

During The Little Mermaid scene, she got to be taken around the stage on the float. She was so excited to get to see the performers up close, wave to the performers and audience while on-stage, and even have Ariel come up to her and say hi! When she exited the float and came back to the audience, she was so incredibly giddy! I’ve never seen her so elated!

It was the perfect end to a memorable evening. You can find the complete information for the Disney On Ice Mickey’s Search Party touring dates for it’s Southern California tour here, and purchase tickets at DisneyOnIce.com.