Experience Disney Historical Sites From Your Car Around Los Angeles

On days where I’m feeling antsy and want somewhere to go and explore, I’ve been going on lots of drives. Right now with Los Angeles having significantly less traffic, it’s been amazing to be able to see historical LA places very easily from my car. I’ve been particularly seeking out Disney related historical sites on my LA drives, and thought I would share them with you if you’re a fellow Disney-loving history buff in Los Angeles. 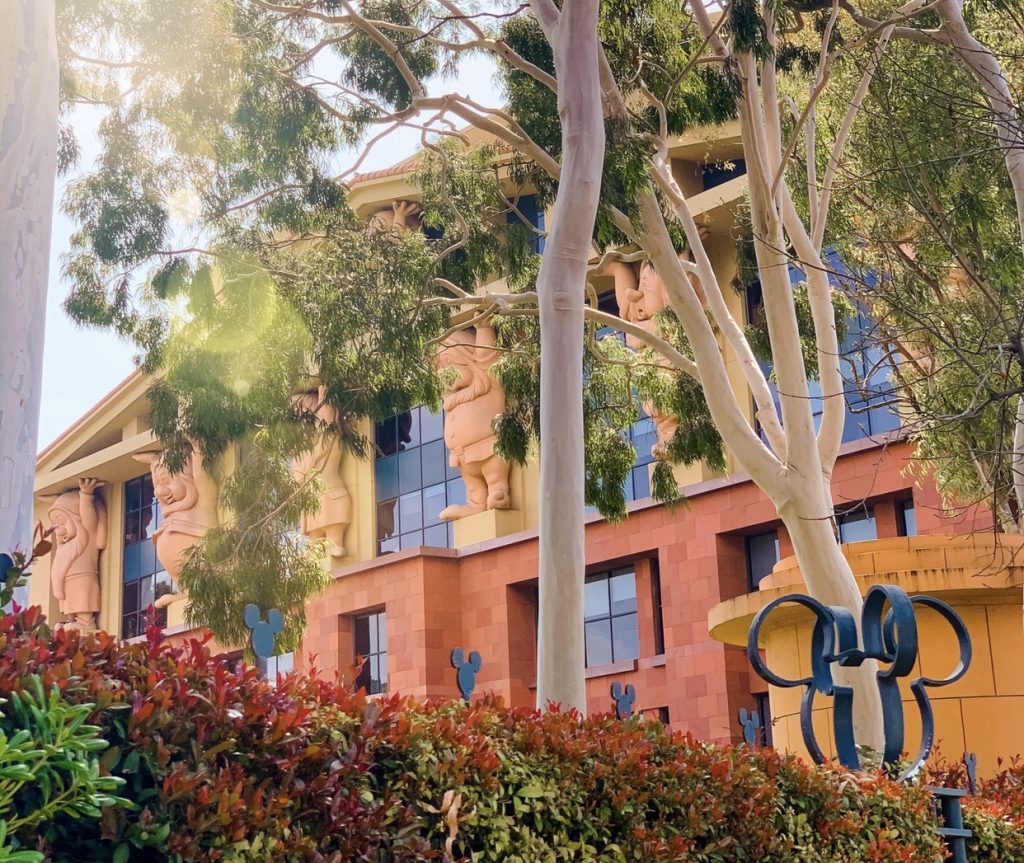 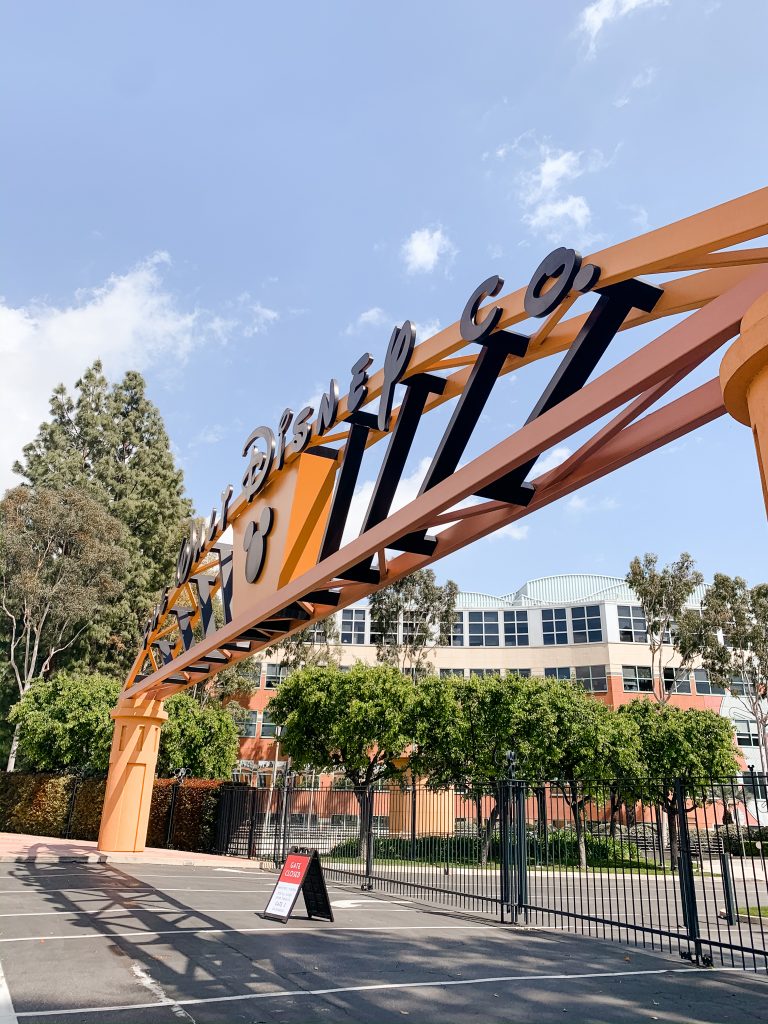 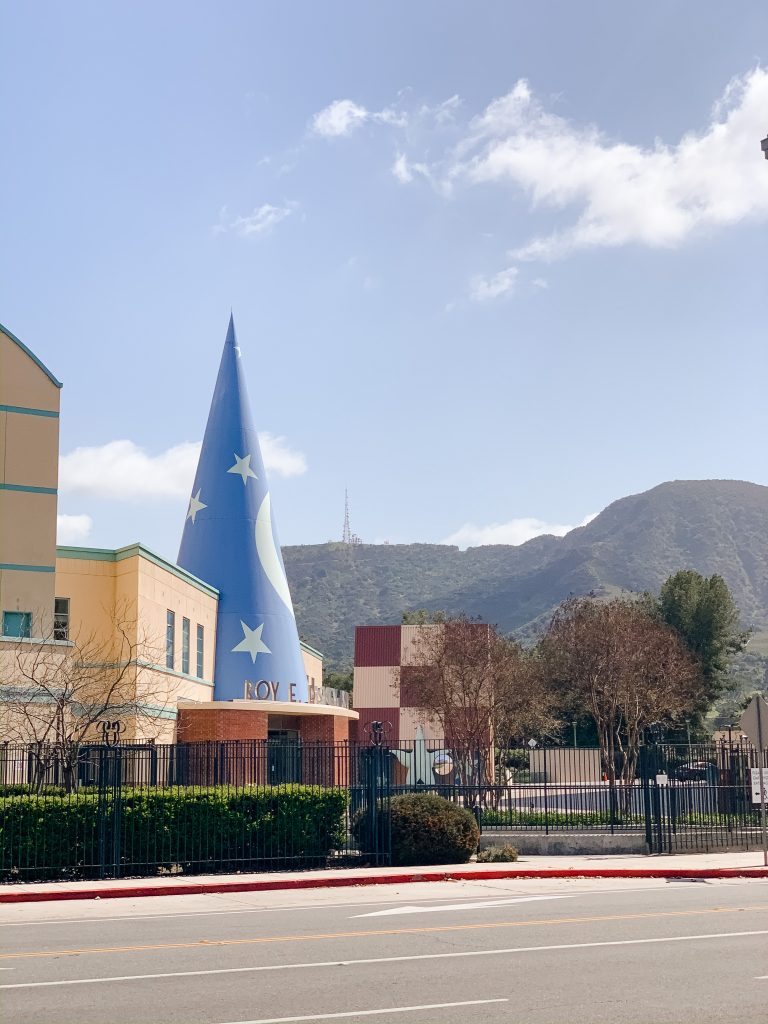 In Burbank, CA one of our favorite places to walk around or drive around is Walt Disney Studios. Walt Disney Animation Studios is right across the street, so you can drive in a circle around the main studio lot and see both! From your car, you can see the Mickey sorcerer hat that adorns the entrance of Walt Disney Animation Studios, the Walt Disney Co sign on Alameda that’s one of the entrances to Walt Disney Studios, and the seven dwarfs statues that are the iconic feature of the Michael Eisner building (where the top Disney management have their offices, and was designed by the same architect who designed the Swan and Dolphin hotels at Walt Disney World Resort). 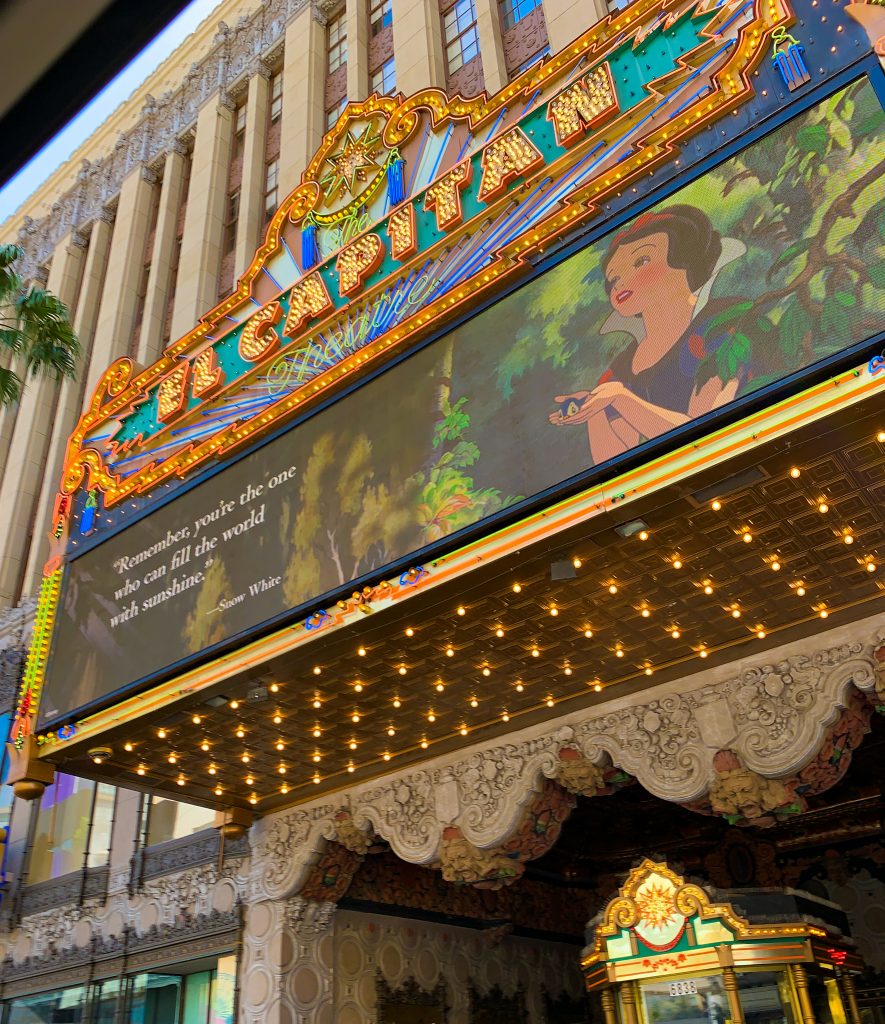 The historic, art deco style El Capitan Theatre which opened in 1926 was purchased by the Walt Disney Company in 1989. Since then it’s used for most all Disney movie premieres, and exclusively plays Disney films. While currently closed, they do have eleven different marquees they rotate between each showing a different Disney or Pixar character with an inspirational quote. My family and I have loved driving by to see different quotes almost every time!

His homes are all within a fifteen minute driving distance, so it’s very easy to see them all in one day! 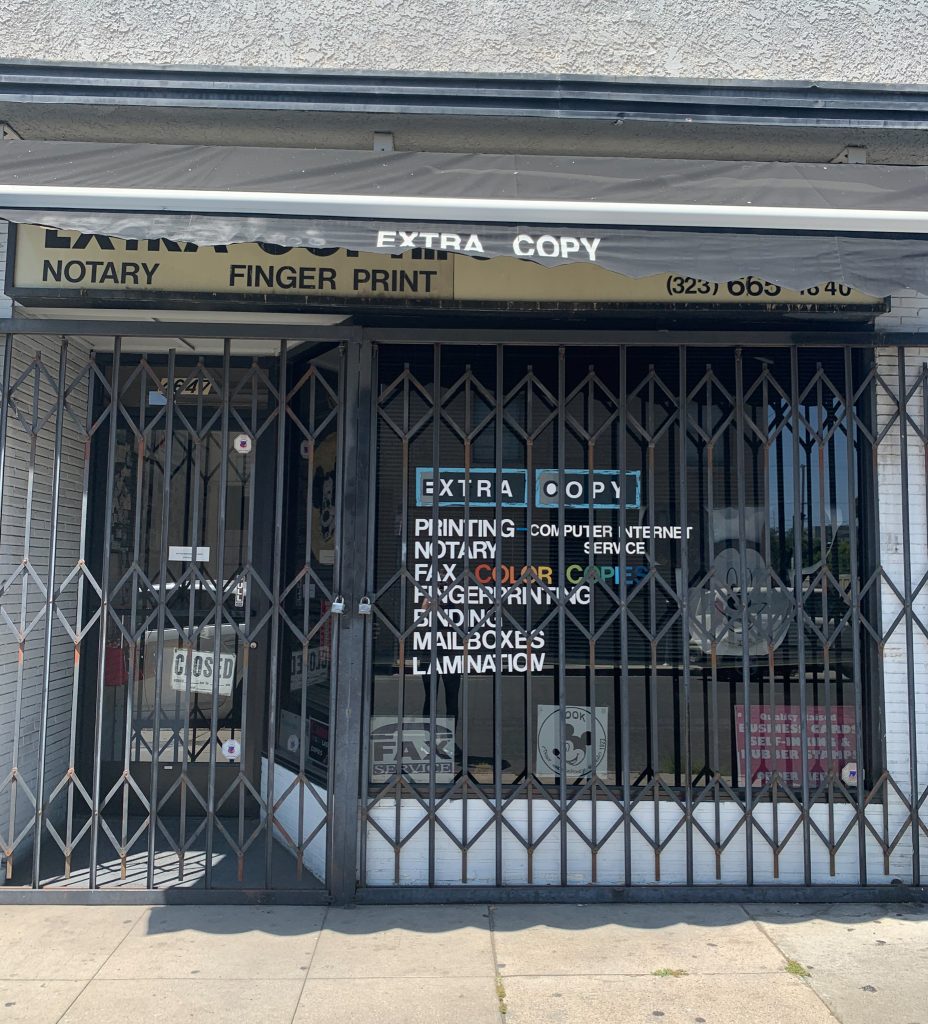 Disney Brothers Studios was the studio where the Alice Comedies were filmed, and before Walt officially formed the “Walt Disney Company”. In fact, it was their first Los Angeles based studio (not counting work they did in their uncle’s garage on Kingswell before having their own space). This studio is also where Walt first met Lillian when he hired her for the Ink & Paint Department. Today, it is a copy place, but they have some Disney items inside, and you can see a sign from your car in the window that says “First Walt Disney Studio 1923”. 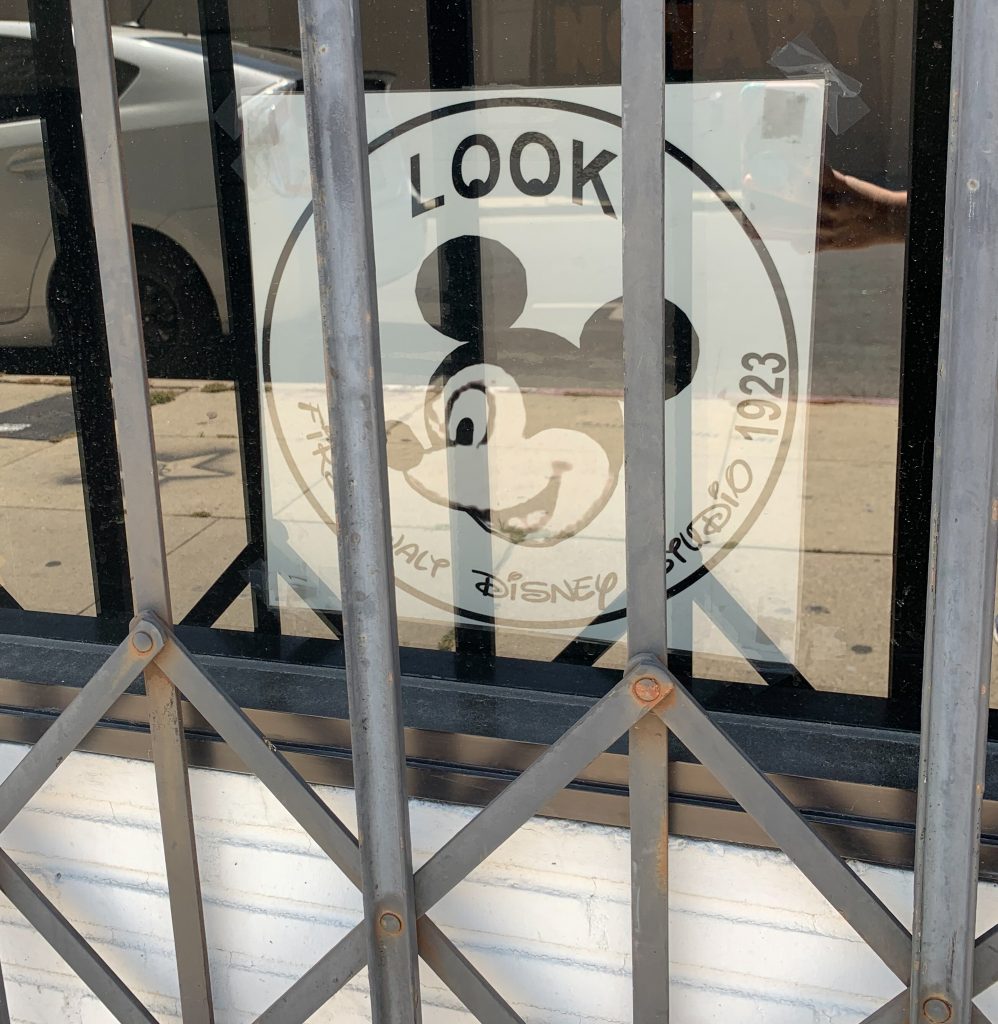 Since Who Framed Roger Rabbit took place in Los Angeles, there’s a couple Roger Rabbit filming locations you can drive by (or in the case of the Toontown Tunnel, drive through).

Tam O’Shanter, a Scottish restaurant located at 2980 Los Feliz Blvd, Los Angeles, CA was one of Walt Disney’s favorite restaurants. He would often dine there with Imagineers, that it was dubbed the “Studio Commissary”, and Walt has his own dedicated booth still there today with a plaque. You can drive by and see this restaurant (you can’t miss it, it looks like a fairytale cottage) and even get a to-go order right now to experience some of the cuisine at a Walt Disney favorite restaurant!

If you want to have a day at home or don’t live near Los Angeles, I also created a post on ways to experience Disney history virtually from home! You can find the full post here.