The Critic’s Choice Rustic Ratatouille recipe from Dole was absolutely delicious. I loved how comforting it was, it’s a perfect rustic dish for autumn and winter. It’s packed with veggies including cauliflower, broccoli, zucchini, eggplant and more, served on top of whole grain cous cous. Plus, it’s a vegan recipe too! You can find the full recipe from Dole here. 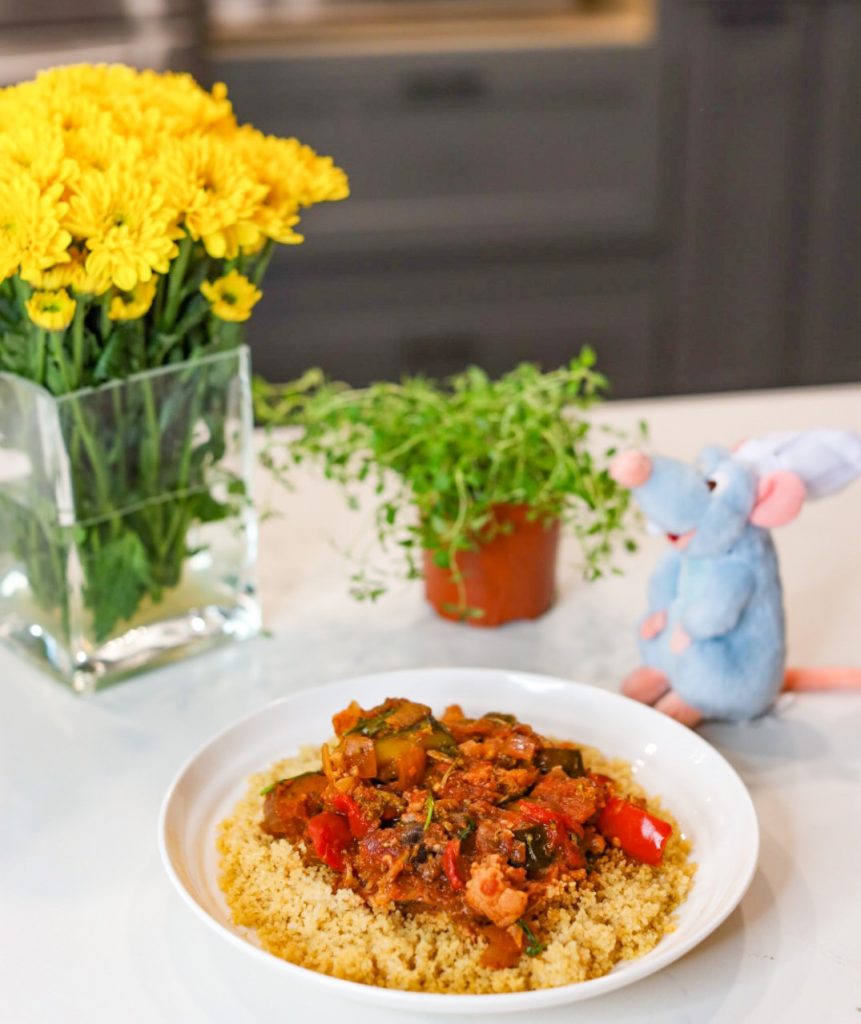 For a refreshing beverage to go with your ratatouille, Dole created a recipe called the “Berry French 75 Mocktail.” It’s muddled raspberries, blueberries, and blackberries topped with sparkling water. Plus the garnish of berries and basil make this so beautiful to serve with a meal! You can find this Disney and Pixar’s Ratatouille-inspired recipe here. 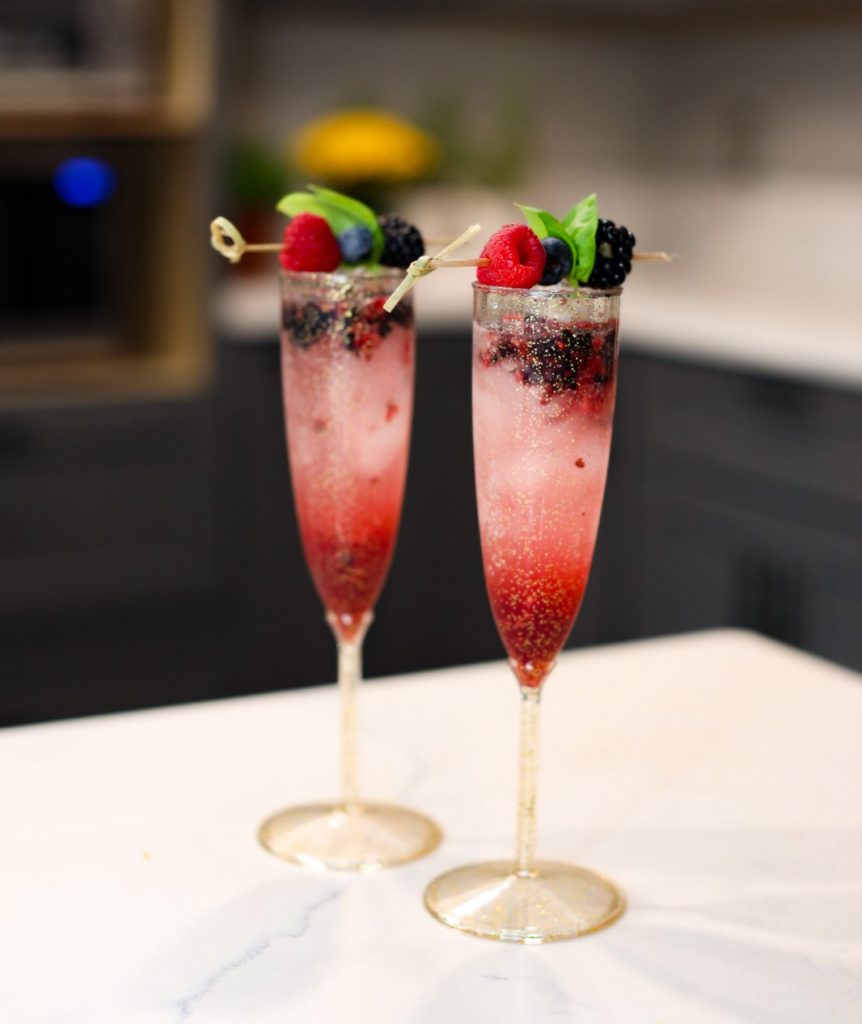 And of course, I had to create some dessert! I made Dole’s Provincial Pineapple-Banana Bundt Cake recipe. I used DOLE® Pineapple and Bananas to create this cake. It turned out very moist, and tastes similar to a banana bread with a pack of pineapple flavor (my favorite fruit)! You can find the recipe here. 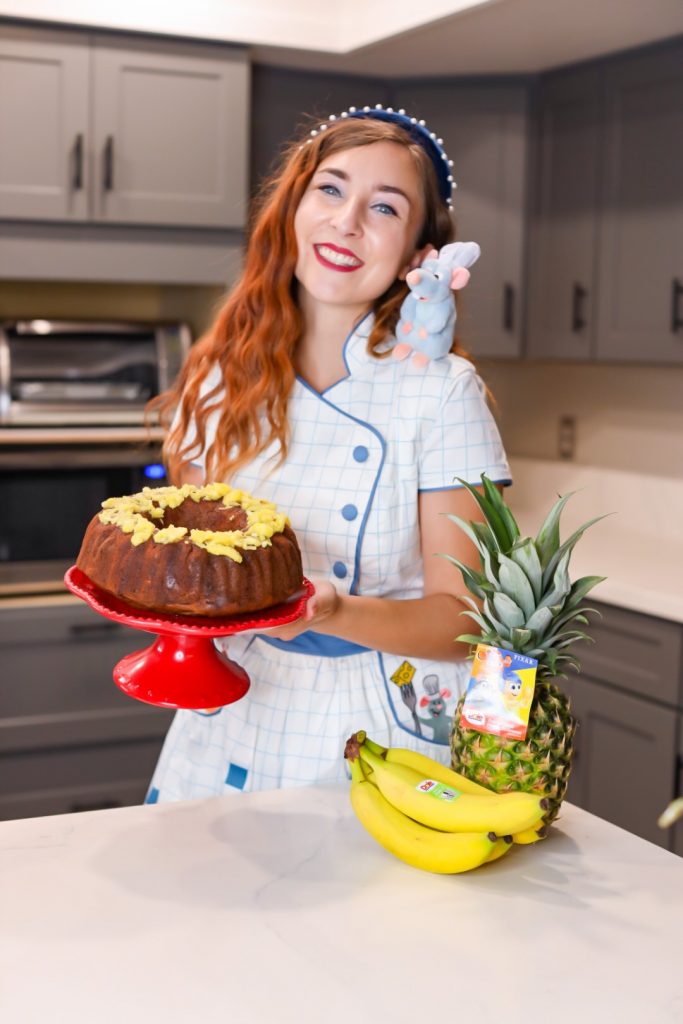 So my readers can enjoy these delicious recipes at home in Pixar style, I have partnered with Dole to give away an amazing “prize pack” in honor of the “Now We’re (All) Cooking” Initiative. It includes a Disney and Pixar’s Ratatouille Anyone Can Cook Kitchen Set, a Disney and Pixar’s Ratatouille Cheese Board & Tools Set, a 6-Piece Kids Fruit & Veggie Prep Kit, Dole Bamboo Cutting Board, Dole At-Home Restaurant Kit, Dole Nutrition Book, Dole Apron, Dole Hat, Dole Chip-Clip, Dole PopSocket, Dole Proper Portion Plate, and Dole Insulated Cooler Bag. To enter to win, please fill out the entry form below.

I am receiving the same prize package. This giveaway is in no way affiliated with Dole or Disney. Dole is simply providing the prizes.
a Rafflecopter giveaway