With a little over a decade of Marvel Cinematic Universe movies, there has of course been many climatic moments, character arches, and surprises to say the least. This year in 2019, us Marvel Studios fans are experiencing a huge milestone moment, a big turning point for the Marvel Cinematic Universe: the first female centered Marvel film, Captain Marvel. As a women and a mother, the experience of seeing previews, posters and merchandise for Captain Marvel has been amazing and touching. My daughter although not having seen the movie, is already obsessed with Captain Marvel since she’s thrilled to see a female superhero looking so brave! The whole experience has felt surreal. 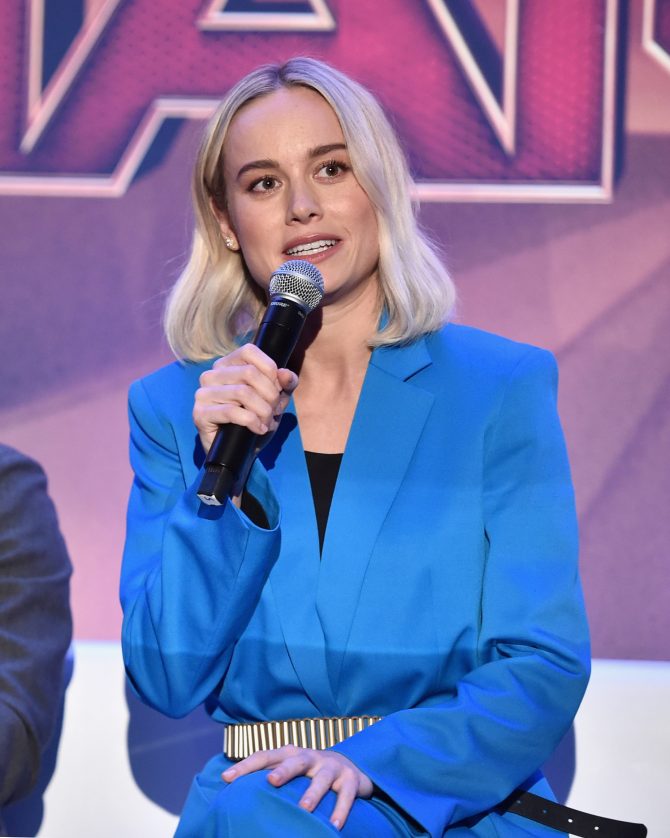 You can imagine then, how amazing it felt, to be at the Captain Marvel press junket with the cast and creators, including Brie Larson (Captain Marvel) herself on stage talking to us about creating this film. It truly felt like I was experiencing a piece of film history! It opened up with Larson talking to us about why she loves her character Carol Danvers:

“There’s a lot to love about her, which is why I was really excited to do this; in particular, the idea of playing a superhero, or a female superhero in particular because my interest is in female complexity. I was a little worried about playing a superhero that would be perfect, because I don’t feel like that’s realistic, or something aspirational at all. [cont’d] So getting to play a character where the whole character arc and turn of this is watching her be this major risk taker, which means it’s not always going to work out the best. And those are the defining moments of her character, where she doesn’t lay down she gets back up.”

For the role, Larson underwent lots of boot camp training for many hours over the duration of nine months. She said she sobbed many times, and during the training felt many emotions, and felt vulnerable and raw. The experience helped her realize she’s stronger than she realized, and helped her connect with Carol Danvers.

A New Side of Nick Fury 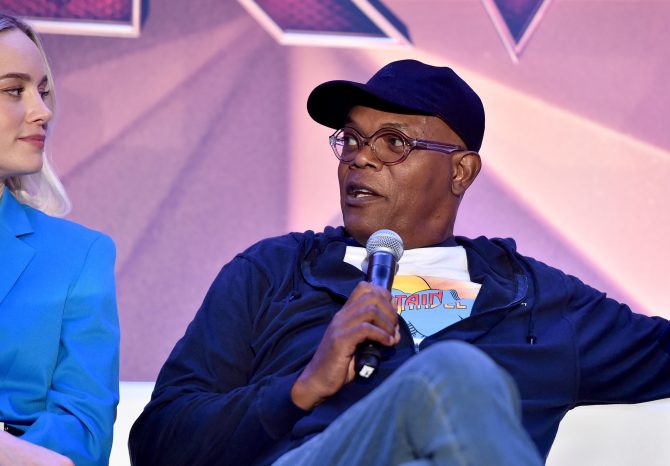 Samuel L. Jackson returns as Nick Fury, but we see a version of Fury prior to the Avengers being formed. With Nick Fury having been part of the MCU for so long, it was exciting to see part of his own origin story within Captain Marvel as well. Since the film takes place in 1995, they made Nick Fury look younger, like how they did with Robert Downey Jr. in Captain America: Civil War. Jackson said they looked into movies he had done years ago, to get his facial expressions correct when transforming his look. Jackson also joked that it was easier to learn his lines this time around with two eyes (since he doesn’t wear an eyepatch in this film).

Becoming Part of the MCU 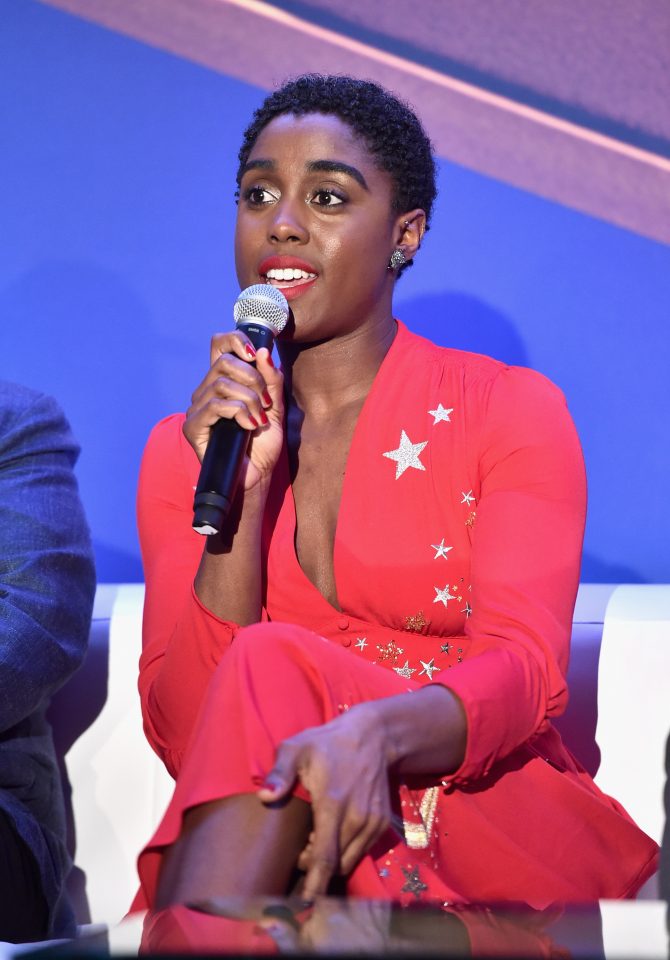 Lashana Lynch, who plays Carol Danver’s best friend and fellow pilot Maria Rambeau, was thrilled to become part of the MCU! Lynch talked about how she has been a Marvel fan for ages, and had campaigned to be in a Marvel film for a long time, but never worked out for some reason or another. Lynch felt like the previous times she wasn’t cast in a Marvel film was meant to be, since she feels very energetically drawn towards her character of Maria, who represents women, women in the military, and single mothers, something Lynch cares deeply about. 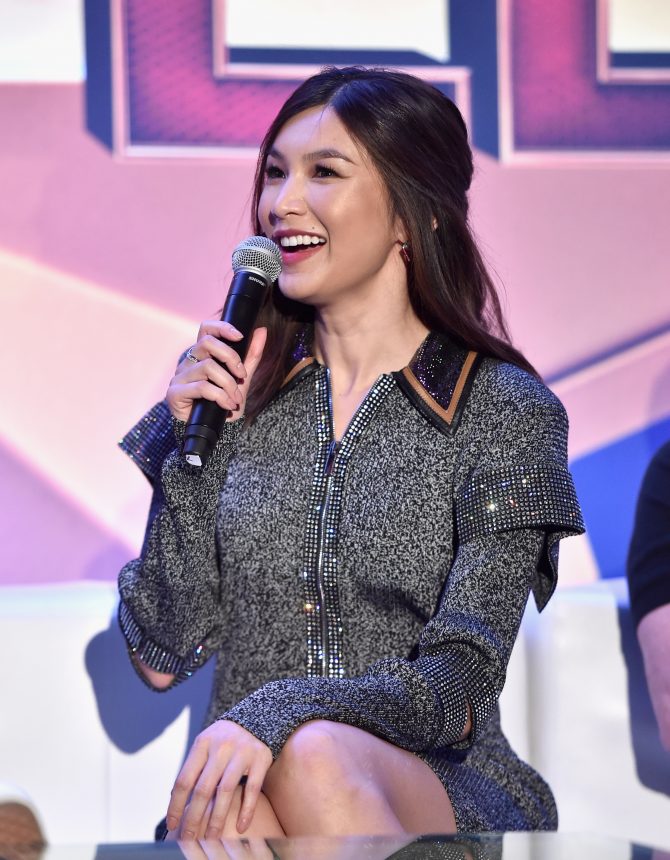 Gemma Chan is also beginning her role in the MCU, playing Minn-Erva. Her character in Captain Marvel is completely different from her previous role in Crazy Rich Asians. Chan is excited to be embracing her “mean girl” and do a complete opposite role with a harder edge.

Of course since the movie takes place in the 90’s, its dripping with 90’s references! Co-director Ryan Fleck said at the beginning of the movie they put together a 90’s playlist, shared it with the cast and crew, and throughout the process of creating the movie would throw some songs together with scenes to see what stuck. And in the film, there is a scene at a Blockbuster. The whole team at Marvel collaborated on making a truly authentic 1995 Blockbuster video set.

At the press junket, the cast and creators had a little throwback nostalgia by sharing things they most love about the 90’s, and what they would choose to bring back from the 1990’s: 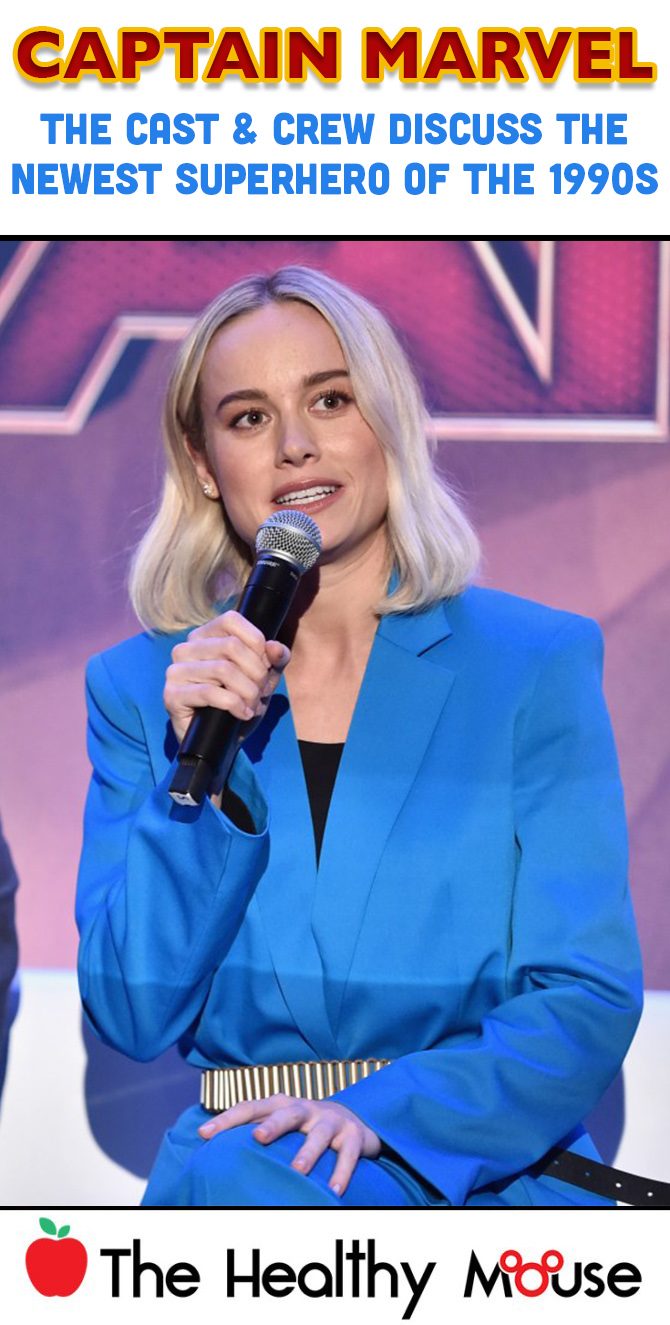