Bob Iger The Ride of a Lifetime Book Review

Disclosure: I received a copy of this book complimentary in exchange for my honest review. ALl thoughts and opinions are my own.

Being the type of Disney fan that I am, someone who always wants to know every little piece of Disney history possible, I had been wanting to read the memoir of Bob Iger titled The Ride of a Lifetime. It is remarkable that in just the relatively short time of 15 years Bob Iger has been CEO of The Walt Disney Company, he has completely transformed Disney as a company and fan culture, while still staying true to the spirit Walt Disney intended for it.

From acquiring Pixar, Marvel, and Star Wars, to opening Shanghai Disneyland, reviving Walt Disney Animation, and launching Disney+ it is remarkable how one CEO could oversee all of this. Through Bob Iger’s The Ride of a Lifetime he shares about his start as an average student with little money with a job as a production assistant at ABC (before it was acquired by Disney), to each step in his career to becoming the CEO of The Walt Disney Company, and what his guidelines to business are. No matter whether you’re a freelancer like me, or in the corporate world, I found his words inspiring. It felt as though I was being mentored via this book. Here’s a little more about what to expect:

Format of the Book 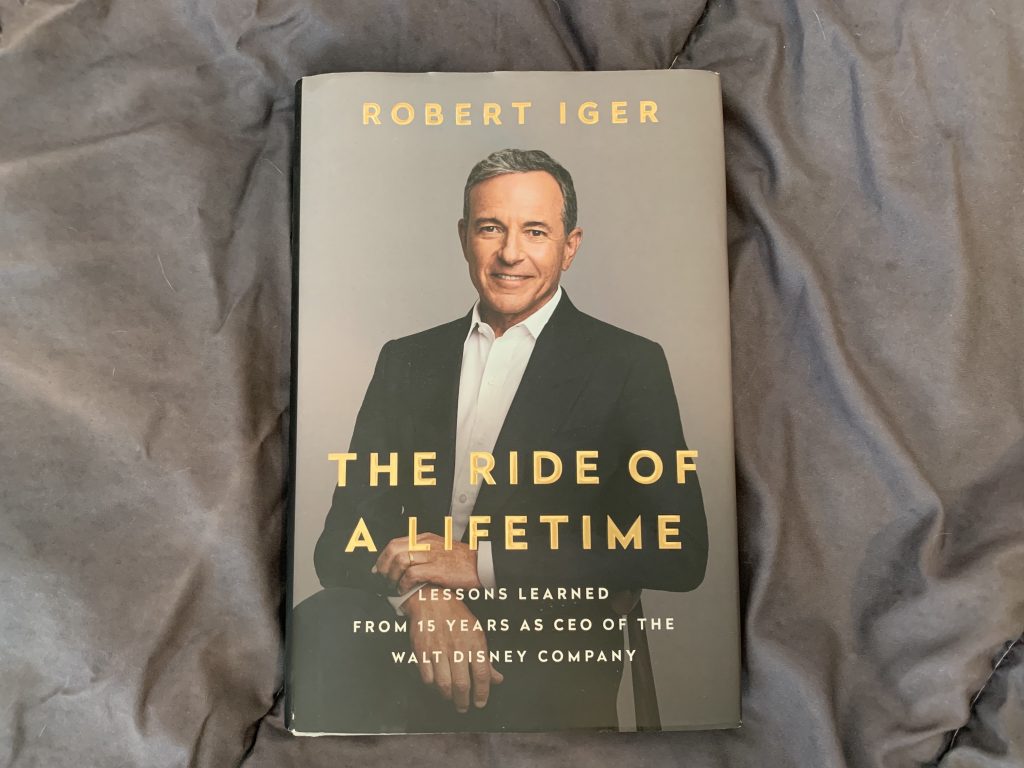 The book’s chapters are separated by different events that played a significant role in Bob Iger’s career path. People who dream to work with or for Disney often wonder the path to achieving this. Of course there are many ways, and through Bob Iger’s story of his long 45 year path from ABC to CEO of Walt Disney Company, he paints a clear picture on how it happened for him. While there are many different career paths to landing a dream job at Disney, the core of Bob Iger’s The Ride of a Lifetime are what he calls “The Principles of True Leadership” which are interwoven throughout the book.

These true principles are optimism, courage, focus, decisiveness, curiosity and fairness. Rather than just passively telling the readers to implement these principles, he points out whenever he implemented one of these principles when he achieved a success in his career. It really paints a picture of what it means to apply the “principles of true leadership” in a tangible way in our own careers. After reading, I immediately started writing out plans and goals for own blog using the guidance he suggests. It’s not a passive memoir, rather it’s an entertaining memoir that simultaneously gives readers inspiration on creating a plan of action to achieve our goals.

Highlights From Bob Iger’s The Ride of a Lifetime

While I don’t want to give away all that’s in the book, I did want to share a few parts of the memoir that really struck a chord in me. In my own jobs in the past, I have felt that I can feel discouraged or worried I had nowhere within that company to go. Iger emphasized multiple times in his book that he contributes a lot of his growth, risk-taking and success to his leadership at ABC/Capital Cities: “The way they conveyed their faith in me at every step made all the difference in my success.” So often in jobs we can feel like it’s the norm to be treated without value or less-then, and he really made me realize how much more successful you can be if you don’t accept that, and instead find a place where you are encouraged to take risks and your employer has faith in you.

Another thing Iger mentioned that he said was invaluable in his education as a leader, and what I try to employ with my own business with my blog, is trying to have the ability to see the big picture as well as the granular details, plus think about how they will affect one another.

Aside from sharing the hardships he had at times with his parents growing up, he also is transparent about the hardships he has had as CEO. It’s not useful to read a guide to success where everything is always perfect, so I appreciated Iger’s honesty throughout his book of decisions he made that ended up with poor financial results. As well as something many of us experience that he shared halfway through the book, the first time he was experiencing anxiety and panic attacks when he was interviewing to become CEO. His principles of true leadership feel more effective as he shares his vulnerability, since it shows despite his career flops and anxiety he has been able to create the legacy that he has.

I’ll leave you with a quote from Iger’s book, which perfectly summaries his “ride of a lifetime”, his path in life from a kid in Oceanside to CEO of The Walt Disney Company:

“No matter who we become or what we accomplish, we still feel that we’re essentially the kid we were at some simpler time ago. Somehow that’s the trick of leadership, too, I think, to hold on to that awareness of yourself even as the world tells you how powerful and important you are. The moment you start to believe it all too much, the moment you look yourself in the mirror and see a title emblazoned on your forehead, you’ve lost your way. That may be the hardest but also the most necessary lesson to keep in mind, that wherever you are along the path, you’re the same person you’ve always been.” – Bob Iger

So the least I can say is, thank you Bob Iger for the guidance, transparency and inspiration from this book. I can’t wait to implement it into my own blogging career in 2020! You can purchase Bob Iger’s memoir, The Ride of a Lifetime here. 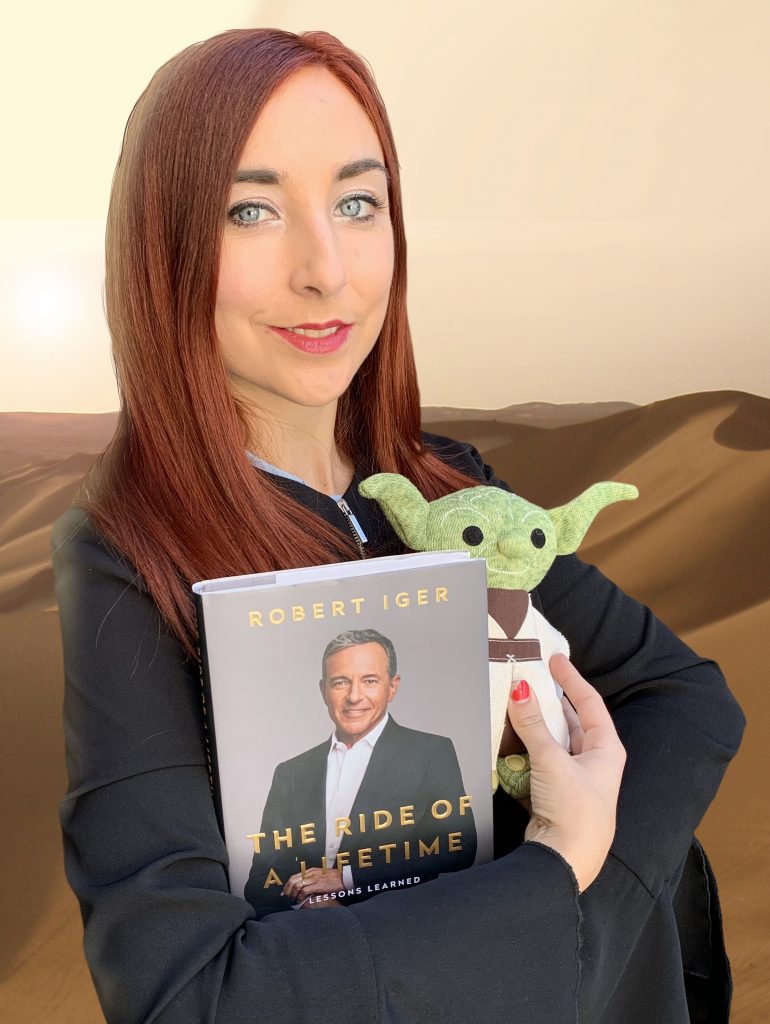 A picture I took just for fun, as a nod to Bob Iger’s Time Magazine Businessperson of the year photo