It’s been quite the incredible journey leading up to Toy Story 4, the final film in a series that has such a deep meaning to audiences. After visiting Pixar and the Toy Story 4 press junket, the day is finally here where Toy Story 4 is in theatres! I am so incredibly excited to start having discussions about the film with my friends, family, and readers. It has been an amazing experience being able to write interview posts about Tom Hanks, Tim Allen, Ally Maki, and more. I am finishing off my series of blog posts on Toy Story 4 interviews with a very special roundtable I attended with Annie Potts, who voices Bo Peep. We hadn’t seen Bo Peep since Toy Story 2 in 1999, and it’s been much anticipated to see Bo Peep back in the films twenty years later, now as a strong, independent lost toy. 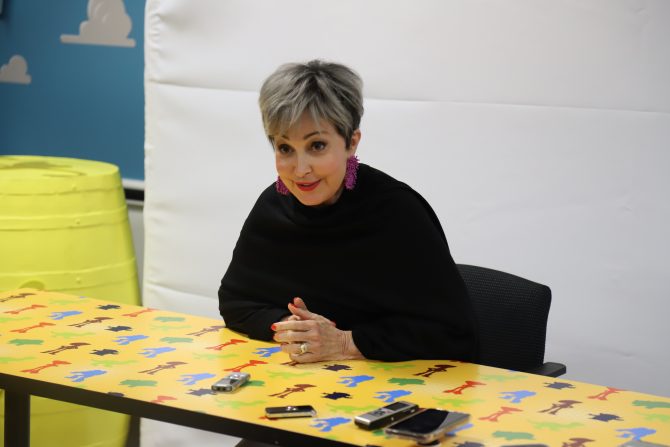 Potts started working on the movie not having a script, but rather storyboards and outlines of the story. Each time she went in to record Bo, she had a revelation about the story. About 6 months into recording, she began to understand how important her role was to this story.

LOST AND FOUND – In Disney and Pixar’s “Toy Story 4,” Woody is reunited with his long-lost friend Bo Peep, who’s been on the road for years. She’s become an adventure-seeking free spirit whose strength and sarcasm belie her delicate porcelain exterior. Featuring the voice of Annie Potts as Bo Peep, “Toy Story 4” opens in U.S. theaters on June 21, 2019. ©2019 Disney/Pixar. All Rights Reserved.

Bo Peep on her new adventures as a lost toy is someone who is independent, tough, yet cheerful and inspiring. Potts feels honored to voice a character that is so fantastic for girls and boys to see in a movie:

Potts shared about when her adventure began voicing Bo Peep. Over twenty years ago, her agent gave her a call and said Pixar was wanting her to voice a character in the very first computer animated feature length film. Potts didn’t really understand what that was, and she had her hands full with a toddler, a teenager, and working on a TV series so she never got around to looking at tapes Pixar sent her of examples of what they were trying to do. She was getting sent more and more tapes that were piling up on the counter. Then one day, her youngest son put one in and was watching it all day. He brought mom over to watch them, and they were both fascinated by it. After Annie watched the tapes, she gave Pixar a call back right away and accepted the role. 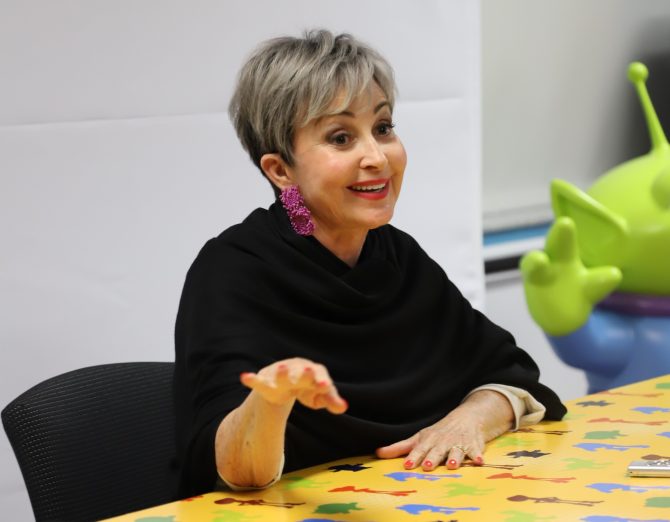 Fast forward to today, and now her son who watched those tapes is about to get married. Potts is excited for someday maybe he will have a daughter and she can give her a Bo Peep doll. It will be a doll that she can always press a button and her grandma’s voice will be with her. Such a sweet sentiment, that brought tears to my eyes during the interview with Potts! 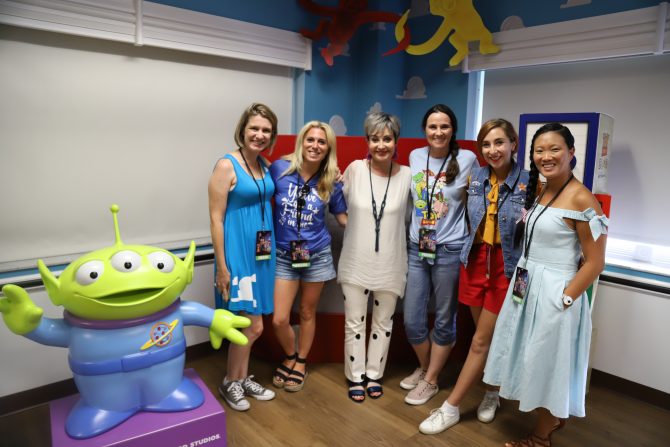 Toy Story 4 is now playing in theatres, you can find tickets here! Before you go, you can check out my spoiler-free review of the movie, as well as how my 4-year-old did during the film. 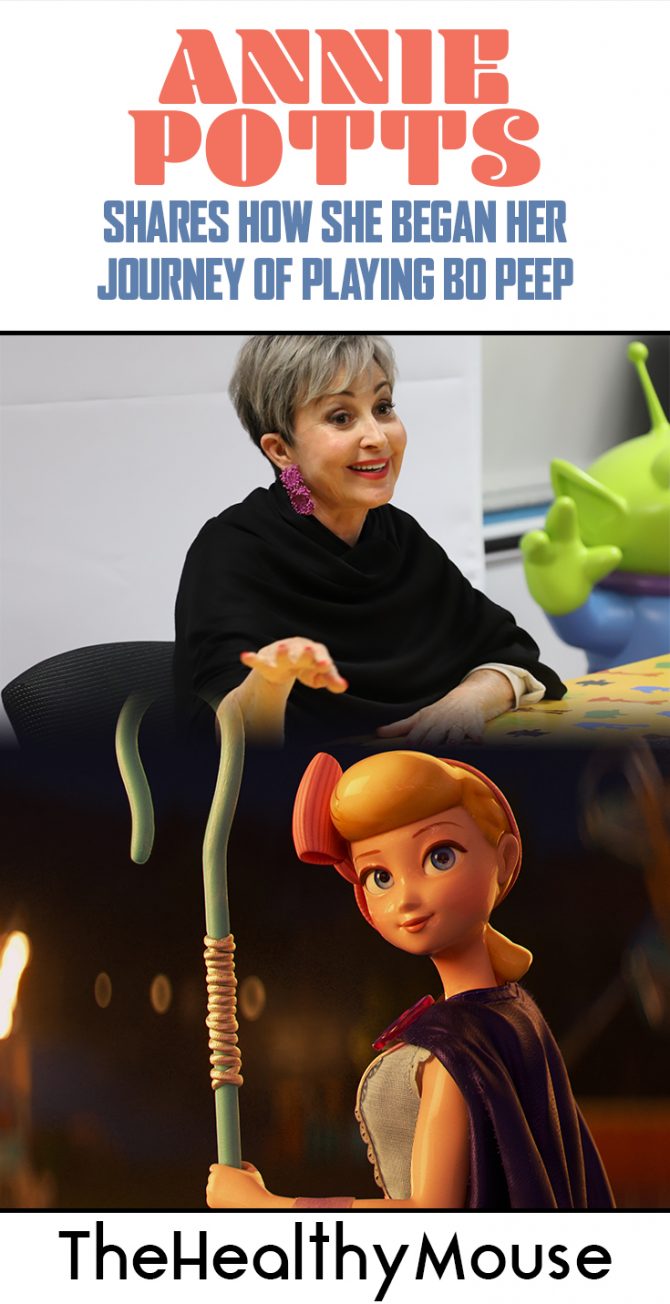