Disclosure: This post has been sponsored by American Tourister and I received this Chewbacca suitcase complimentary, but all thoughts and opinions are my own.

During a time far far away, before my daughter was even born, my husband and I loved Star Wars films! His favorite is The Empire Strikes Back, while mine is Return of the Jedi. We knew once we had a child of our own, we couldn’t wait to pass down our love of Star Wars to them! Fast forward to now, where we have a wonderful 3-year-old daughter who to our delight, LOVES Star Wars!

She loves playing with Star Wars toys, watching Star Wars movies, watching Star Wars Rebels, reading Star Wars storybooks…but probably her favorite Star Wars-related thing to do is go to Disneyland or Walt Disney World to go to Star Wars Launch Bay and meet characters from the film. Heading to the Disney Parks and taking our family trips there – whether a long trip or just an overnight trip – really brings the magic of Star Wars to life in my daughter’s eyes, and allows her to experience the stories in a more tangible way.

To celebrate May the Fourth (aka Star Wars Day) I surprised my daughter with a trip to Disneyland! Before heading over to Orange County, I had an additional surprise in store for her: an American Tourister Star Wars 21″ Spinner suitcase, which looks like her favorite character Chewbacca! 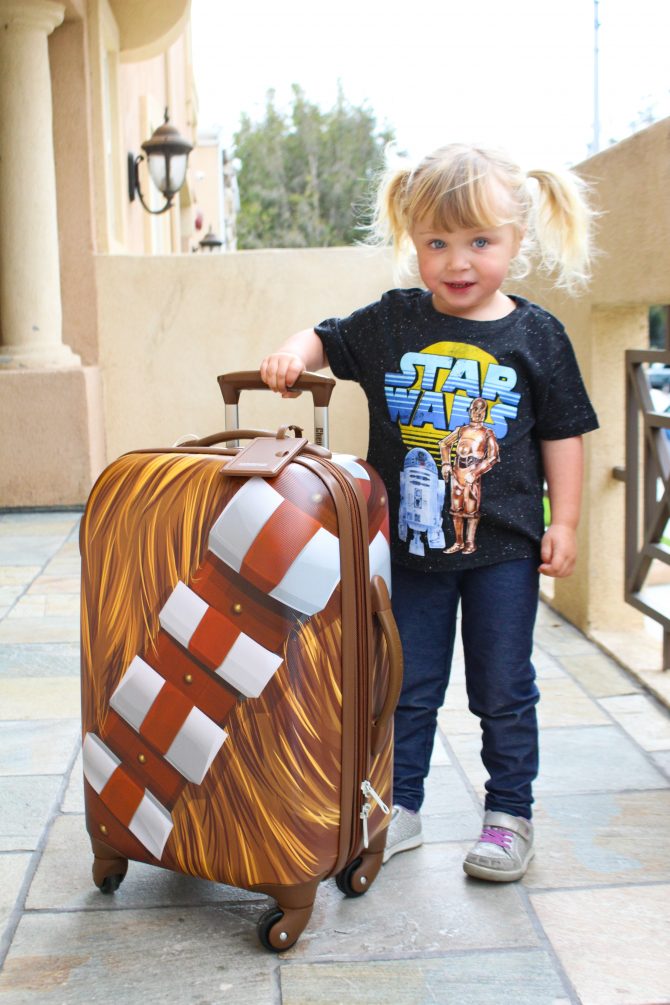 She couldn’t believe she got her very own suitcase, perfectly her size and easy for her to move and spin on her own, that looked like Chewbacca!!! We packed some extra clothes, snacks, and other items for the mini road trip and were ready for a day at Disneyland, Star Wars Launch Bay, and meeting her beloved Chewie. 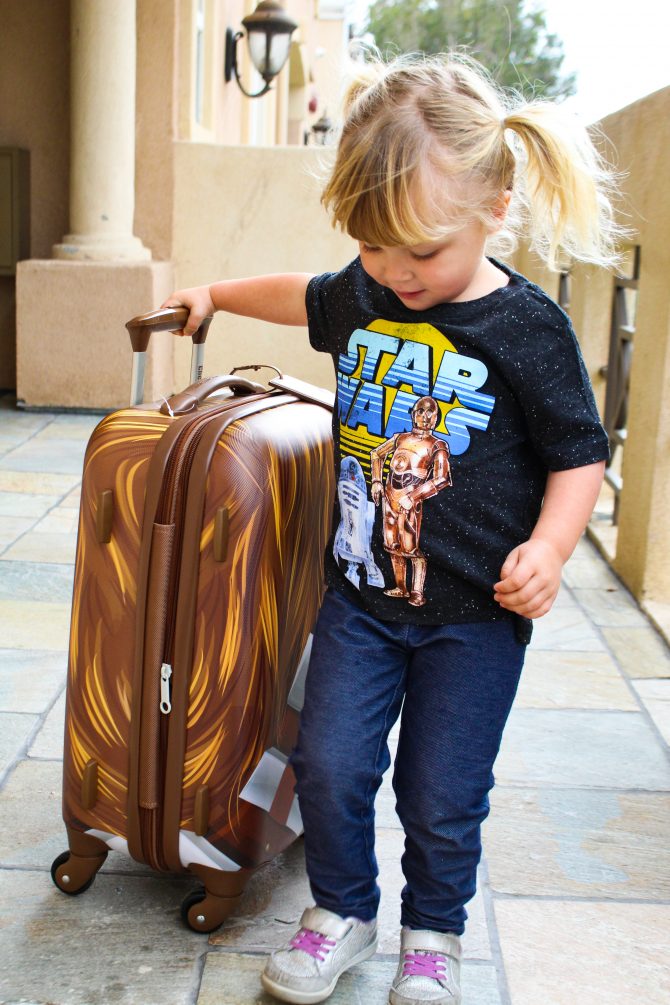 Once at Disneyland, we headed straight for the Chewbacca meet and great. Despite how incredibly tall he is, and how incredible short my daughter is in comparison, she is not shy to go right up to him and give him big hugs! 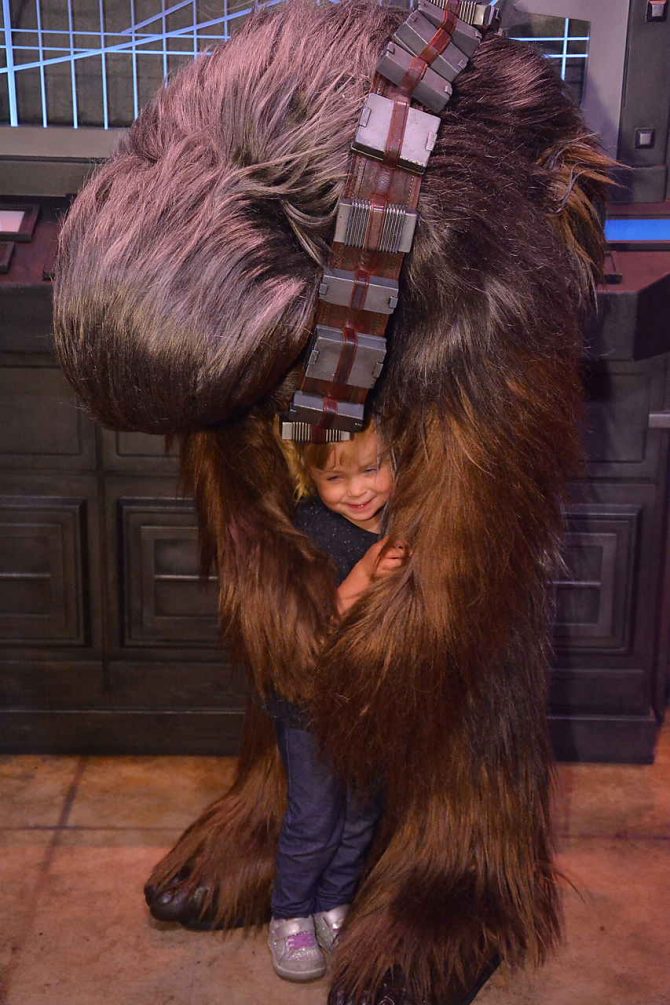 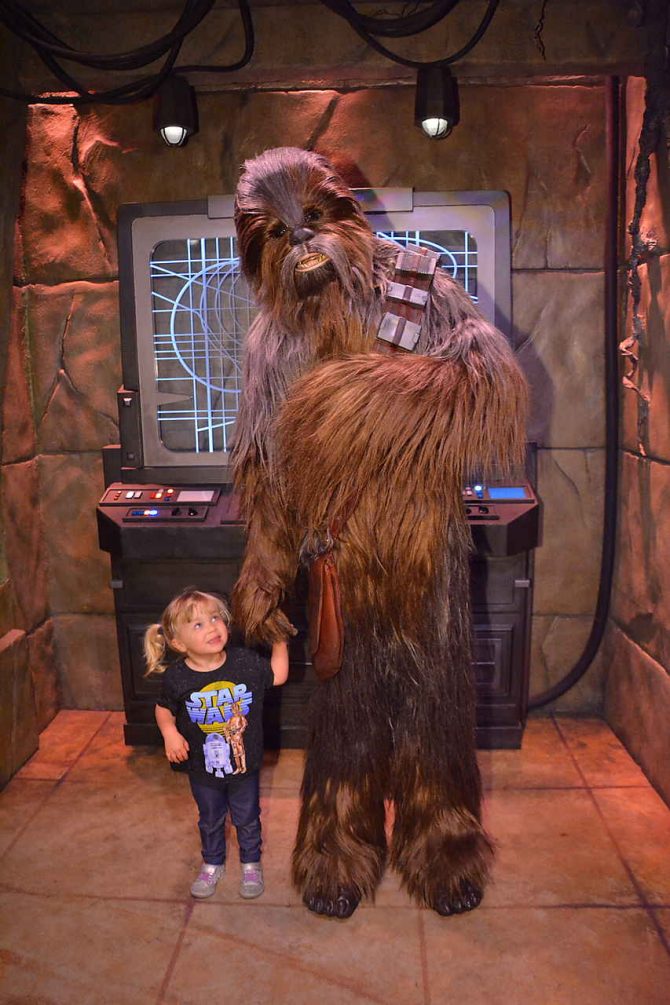 Meeting Chewbacca at Disneyland, for my daughter, feels like she is being immersed into the Star Wars universe, and getting to meet one of her idols! She loves when he makes noises and “talks” with her, gives her high fives, and big Wookiee hugs! As we were saying goodbye to Chewie, my daughter was even blowing him lots of kisses. 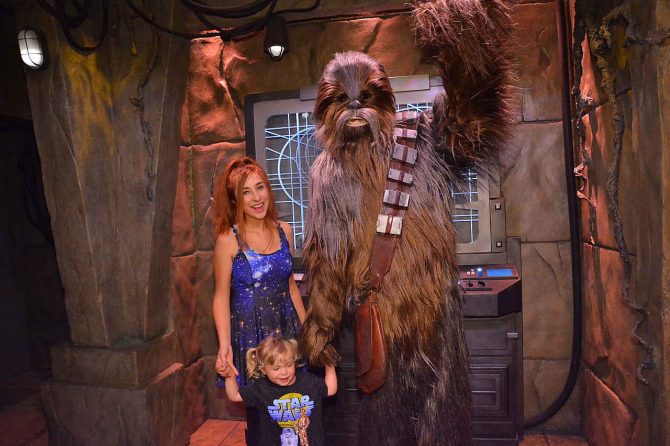 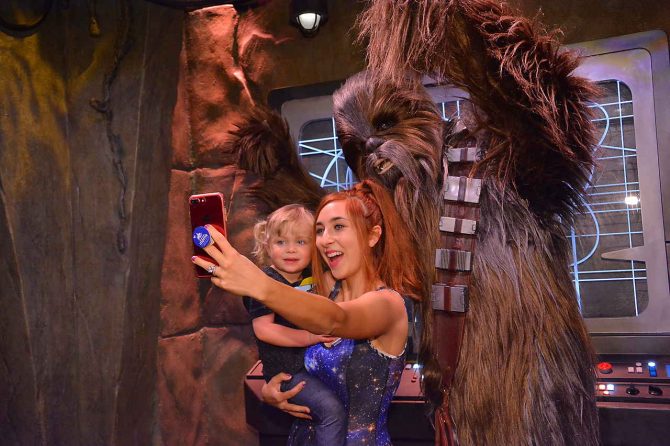 After our wonderful family Star Wars day at Disneyland and surprising my daughter with her American Tourister Chewbacca suitcase, I was reflecting upon how much I love the extra special magic Star Wars brings to the Disney Parks, and in sharing our love for all things Star Wars as a family experience.

To celebrate Star Wars Day all month long, you can participate in Star Wars: Force for Change #RoarforChange challenge from May 3-25th. For every fan who posts to social media or shares a social media post of their best Wookiee roar, with #RoarforChange , Lucasfilm will donate $1 to UNICEF (up to $1 million). My family is participating, and we hope you join along with the fun to #RoarforChange!